From laid-back surfer bros to tough-talking croc hunters, Australian stereotypes are abundant and enduring, and few are more ingrained in the culture than the ute-driving, VB-drinking, mullet-rocking bogan.

What is a bogan…. defined by Urban Dictionary

A type of Australian that is stereotyped as bogan can usually be defined as trailer park trash and other low life names like Leigh, they can usually be found on street corners with a large group of people wearing jean shorts and thongs holding a stubby of vb.

For those of you playing along overseas, think of the bogan as the Aussie answer to the US redneck or the UK chav – a fascinating native species the Oxford English Dictionary defines as an “unfashionable, uncouth, or unsophisticated person, especially of low social status”.

Today’s bogan is a whole new breed, and anyone willing to take an honest look at themselves is likely to find there’s a bit of bogan in all of us.

Keen to find out if you qualify? You might find the answer in the 10 signs you’re a bogan below.

You use ‘Youse’ In Regular Rotation In Your Vocabulary 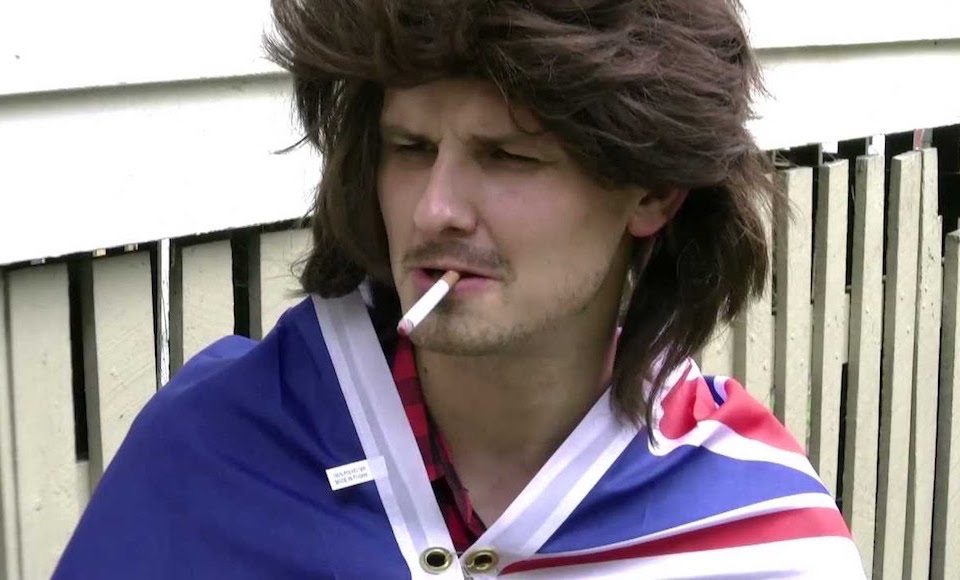 English wasn’t your strongest subject at school but you never let it get you down. You’re an enterprising bloke with no problem forging his own way in the world – including the telltale use of ‘youse’ instead of ‘you’. Next time a hater tries to call you out for your colourful use of language, politely remind them it’s in the Macquarie Dictionary and they can get stuffed.

A ‘Bluey’ Is Your Go-To Attire For All Occasions 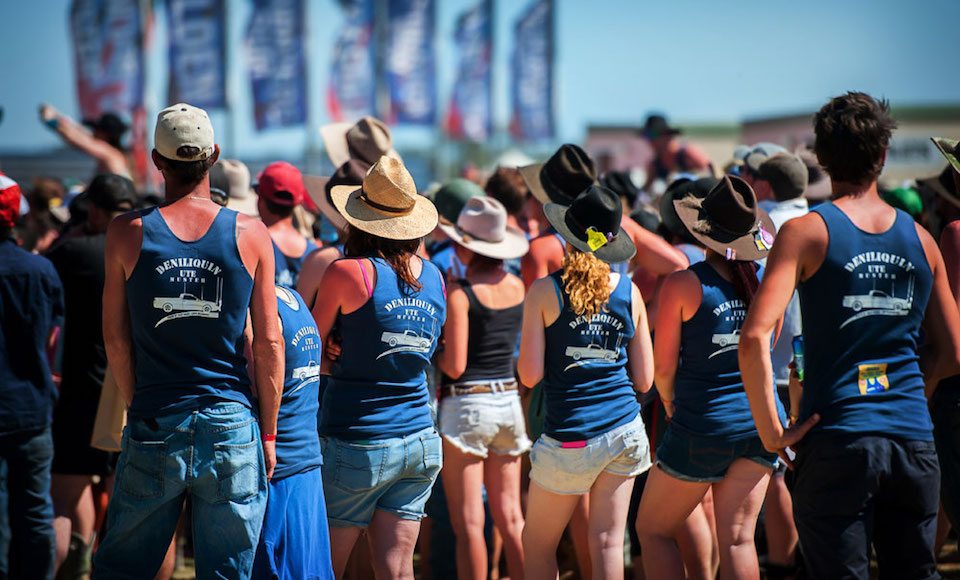 Whether the invite calls for casual, smart casual, or black tie, the beloved bluey is your uniform of choice. You see no point in splashing out on pricey designer garb when you have an entire drawer of these staunchly dependable singlets to slip into. As far as you know, Tom Ford is the guy who makes your XR6 ute.

You’ve Owned A Torana Or HSV In Your Lifetime 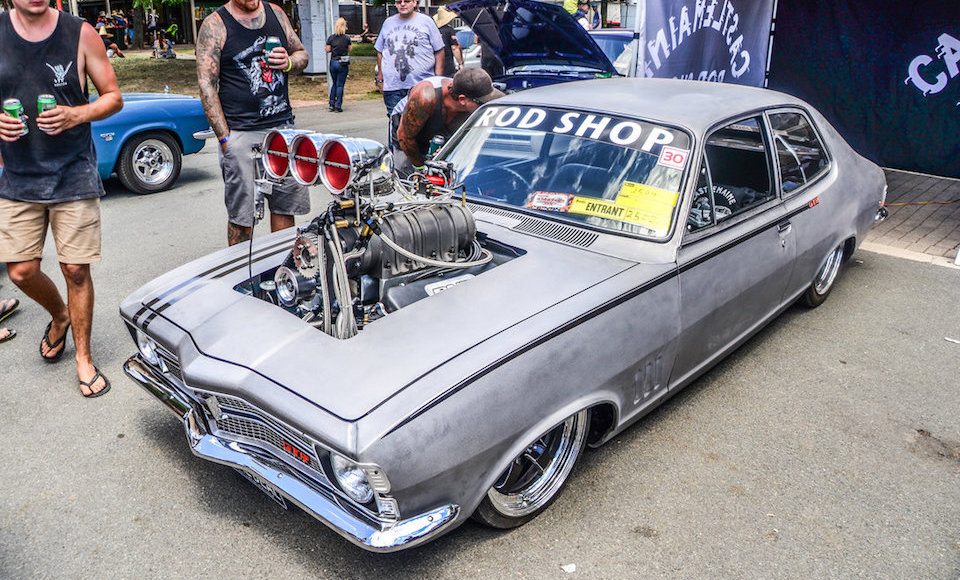 Bogans of all ages have a special place in their hearts for the Holden classics. Nothing says ‘out-and-proud bogan rev head’ like dropping your life savings on a gas-guzzling pimp-mobile (then spending more money on modifications than you did for the car in the first place). Hoon on you crazy diamond.

You Have Friends Called Shannon, Wayne, And Wade

The further you venture from the CBD, the more bogan the names of your friends, family and work colleagues get. If you find yourself driving your Ford Falcon down to Wayno’s joint to collect your missus (or Wayno’s missus), we’ve got some news for you…

You Hit Up The Pub And/Or Strippers On Payday 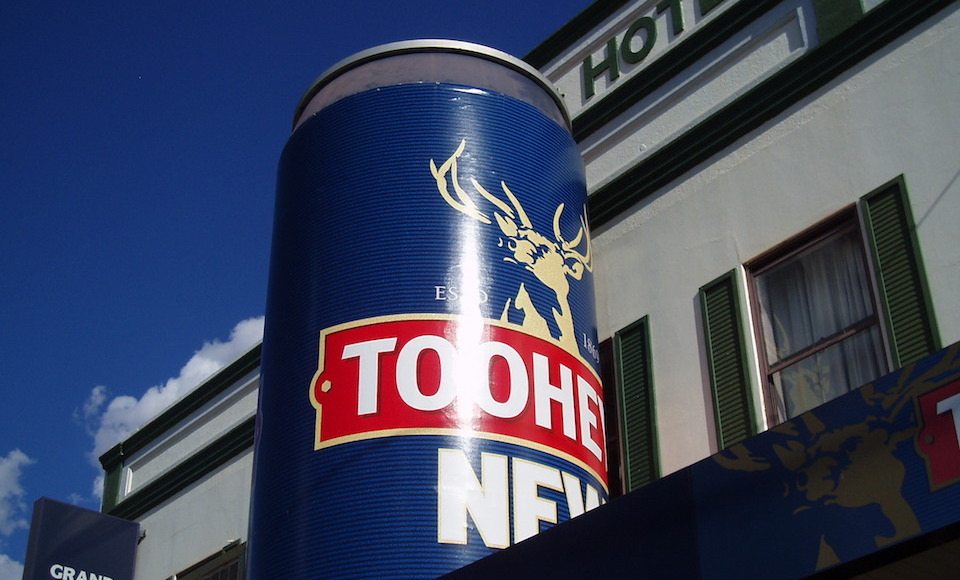 That fresh envelope arrives from Narelle who does your pay and you’re off to the pub (with Wayno and Wade in tow) to smash a few schooners. Depending on how the afternoon progresses, you could end up home with your wife, sneaking in a quick with Wayne’s wife, starting a fight, or hitting up the renters. Or option E: all of the above.

‘Mad C*nt’ Is Your Favourite Saying 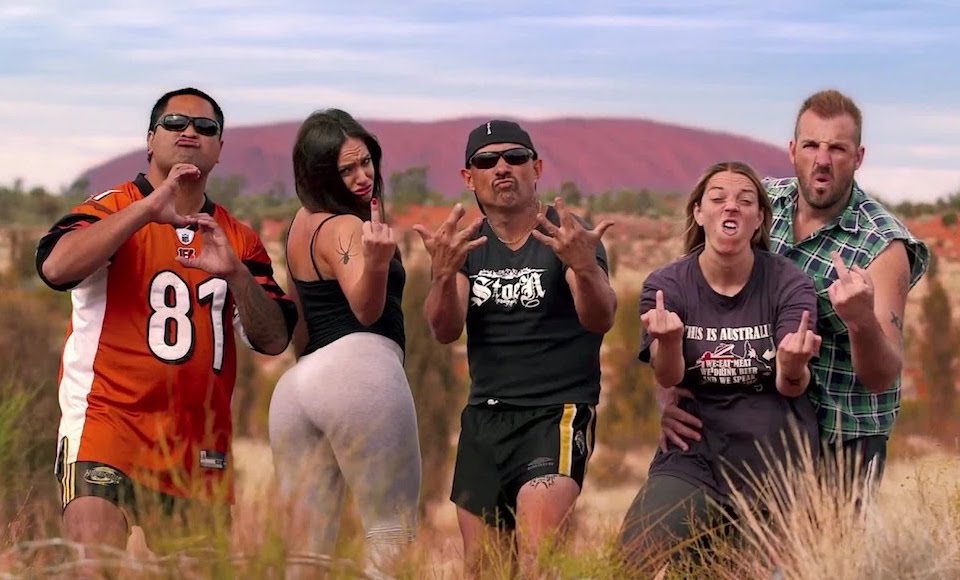 Because deep down inside, you know you are a mad c*nt, your friends are all mad c*nts, and even your Aunty Shirley is half a mad c*nt when she collects her Centrelink cheque after a two-day bender.

You Know Every Word To ‘Khe Sanh’ 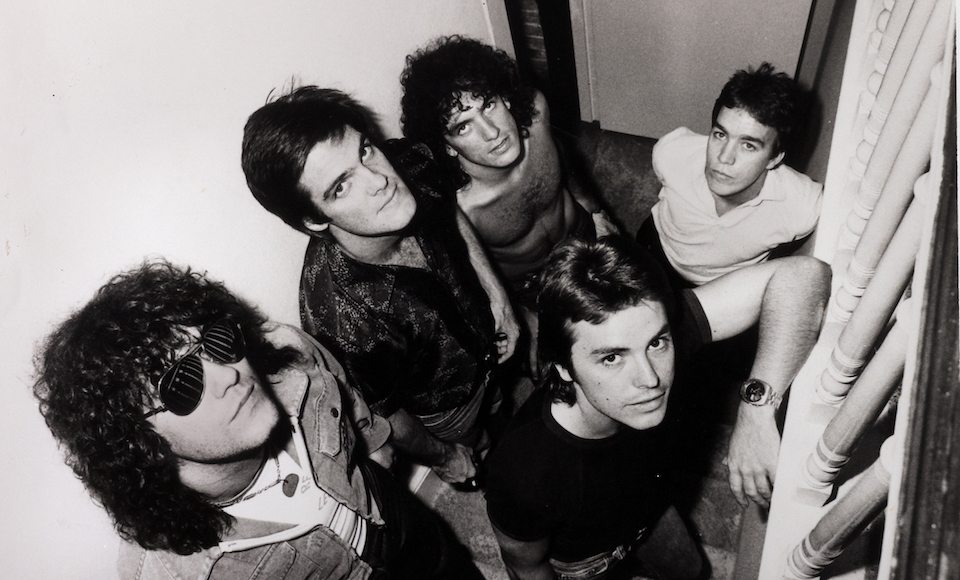 And you have no problem belting it out at a sticky-floor pub after a few too many. All together now: “I left my heart to the sappers ’round Khe Sanh / And I sold my soul with my cigarettes to the black market man / I’ve had the Vietnam cold turkey, from the ocean to the silver city / And it’s only other vets could understand…”

You Wear Your Sunglasses On The Back Of Your Neck 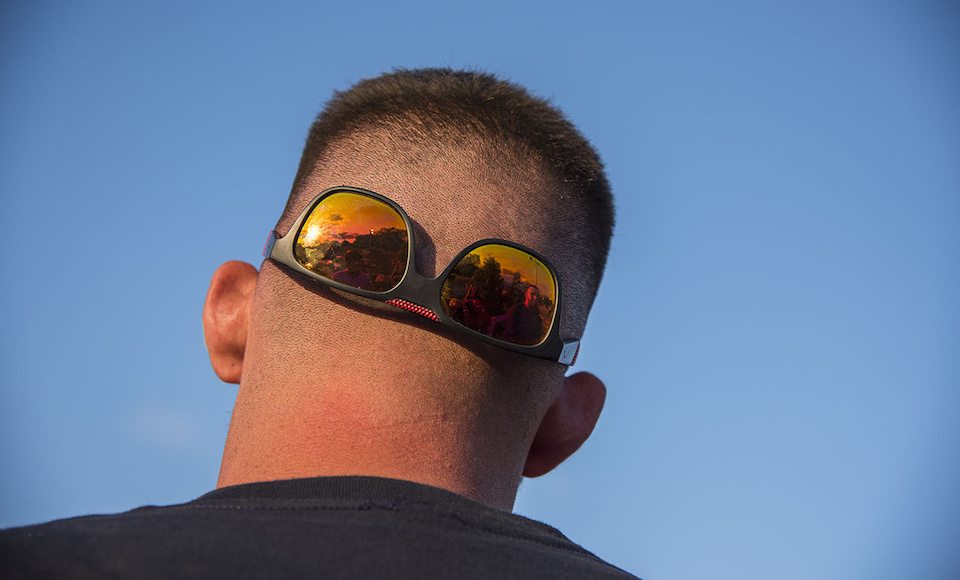 Doesn’t matter whether you’re on the tools, at the pub or getting married to your high school sweetheart, the sunnies go wherever you go. They’re probably Arnett or Oakley, and white.

You’ve Been Arrested In Public With No Shirt On 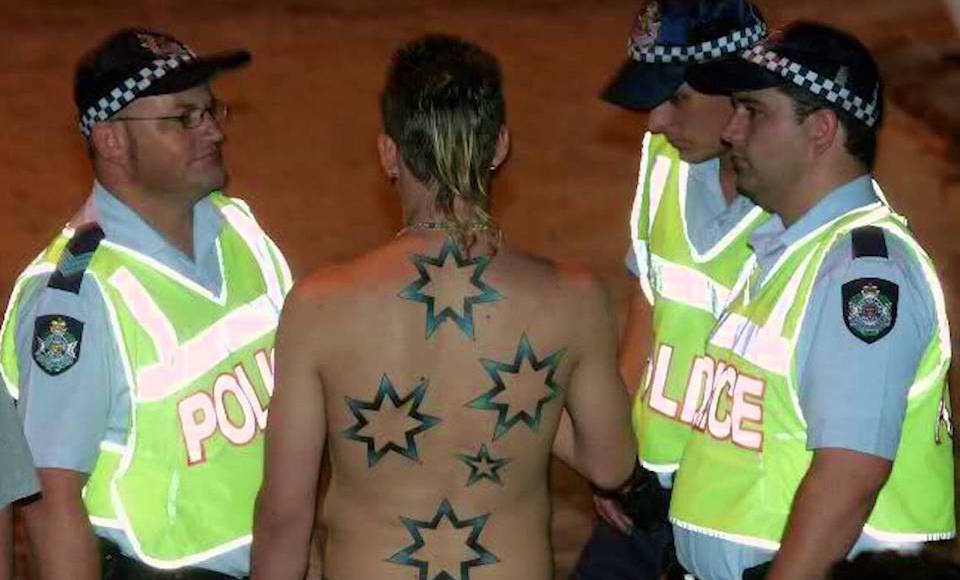 Like any good bogan, you believe in fighting for your right to party, punch on and generally be a lout. Your first arrest was a rite of passage, now you’re ready for the big leagues – that means beer gut out and proud, and Southern Cross and/or tramp stamp tattoo on full display. It may have been at schoolies, King Street or Triple J’s One Night Stand (in Dubbo), but you’ve been there done that and got the bracelet marks to prove it.

You Stay In Kuta When You Visit Bali 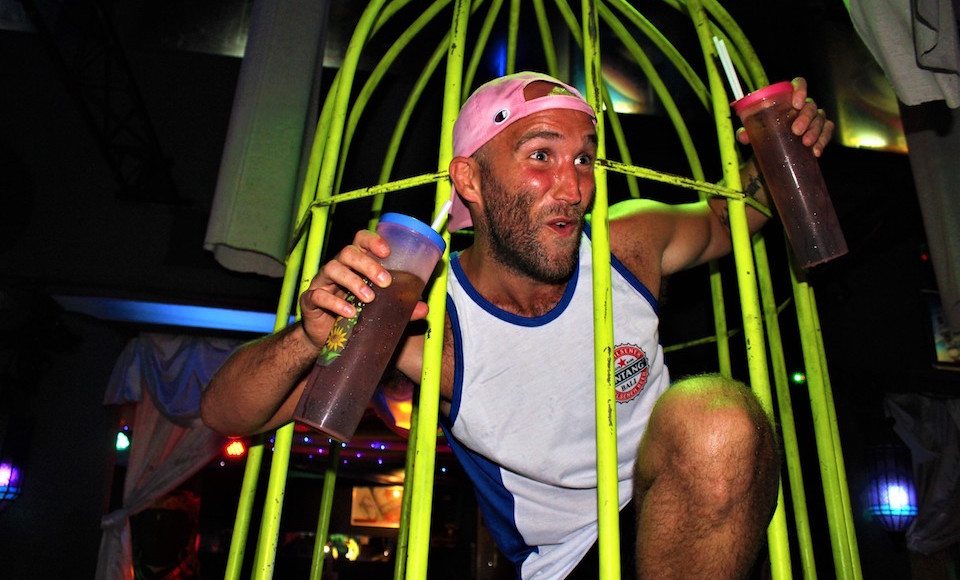 Thanks to Jetstar you now have a passport and are a regular passenger aboard the ”Bogan Bus’ to Bali with the local footy club. You’re doing your part to make the once-quiet fishing village of Kuta an even sleazier paradise lost than Las Vegas, joining the cacophony of debaucherous holidaymakers pissing green arak and buying crass souvenirs from corner shops. And your missus gets braids.