Looking for your first tattoo idea and want to go with something small? Or perhaps you already have a strong collection of ink and are looking for a small tattoo to fill in some space. Whatever your reason, small tattoos are incredibly popular for men, because they often tick a wide range of boxes.

These can include being incredibly affordable, they obviously don’t take up much space and so can be covered up easily if needed, or your small tattoo could be what is often referred to as a “shit tattoo,” in that it has no meaning and could be a completely random doodle.

Owing to their size, a small tattoo can be inked pretty much anywhere on your body. Your hand, leg, chest or forearm, for example.

If you know you want to get a small tattoo but you’re lacking inspiration, then we’ve rounded up some of our favourite small tattoo designs that could help point you in the right direction. 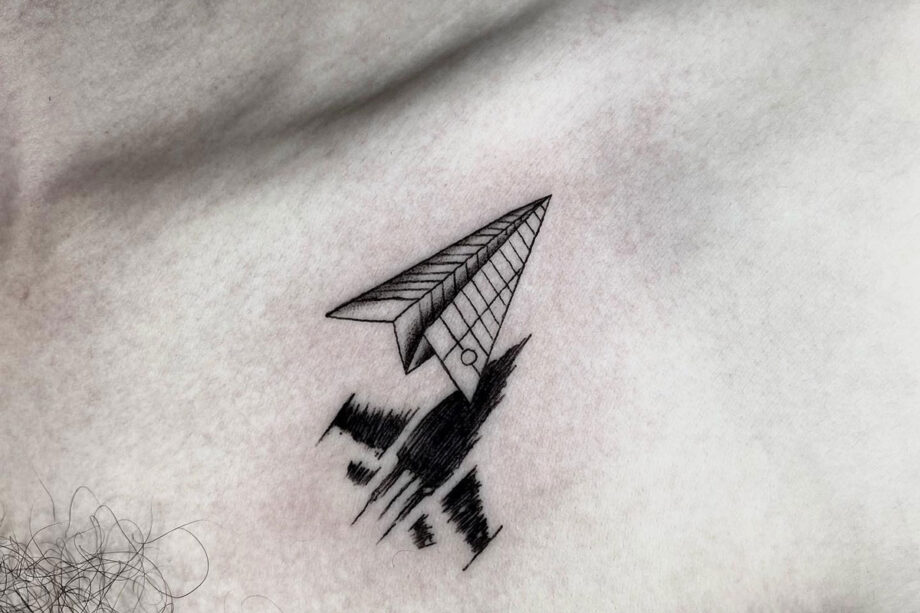 If you’re a keen traveller and want to show it off to the world in an unusual way, then have you ever thought about getting a tattoo of a paper plane? Some people also say a paper plane tattoo can symbolise you throwing yourself into the future and to give you some motivation to achieve big things in your life. 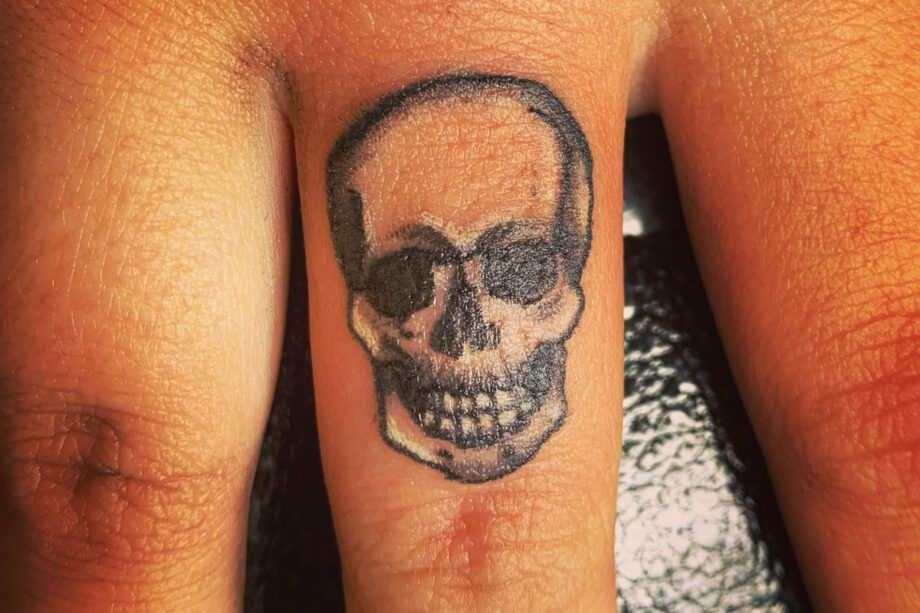 Skull tattoos are a popular tattoo idea for men, regardless of size. Skull tattoos most commonly symbolise death, so if this is the meaning for you, but you don’t want a huge skull on your arm, back or chest, for example, then a small skull head on somewhere such as your finger (as seen in this image) could be a perfect compromise. 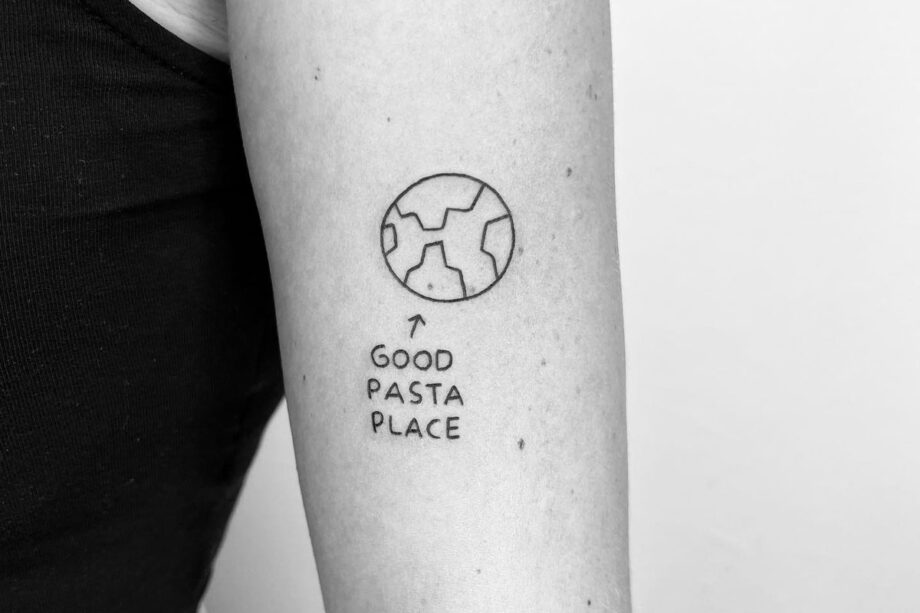 This is what we mean by a ‘shit tattoo’. Funny tattoos don’t have to have any meaning whatsoever, or at least, no sentimental meaning. You may want to get a funny tattoo based on your favourite TV show or movie, perhaps a funny quote. You may have a favourite animal that you want to make funny, such as a bear riding a bicycle. Funny tattoos don’t have to be given much thought and you may find your tattoo artist has some flash sheets of funny tattoo designs ready to go for walk-in appointments. 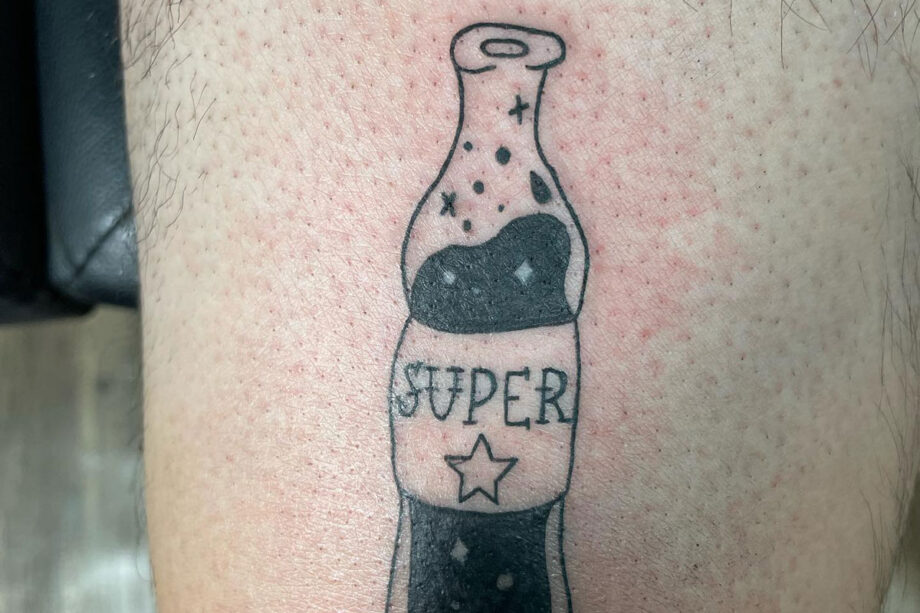 Similar to funny tattoos, silly small tattoos also don’t have to have much meaning, if you don’t want them to. If you have friends that like to draw random doodles, you could ask them if you can get one tattooed on your body. Alternatively, you could ask your tattoo artist if there are any designs they have always wanted to tattoo but have never gotten around to doing. 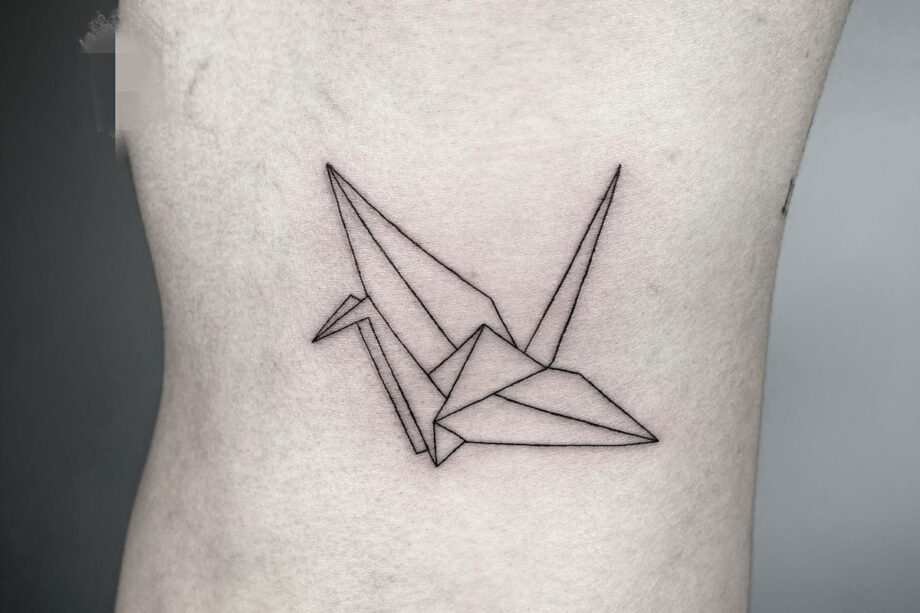 You may not have thought of origami as being an inspiration for a small tattoo design, but it’s a design that is both fun and can have meaning. Many believe an origami paper crane or bird, as seen in this image, represents peace and prosperity, as well as protection. Some people may also use a paper crane as a way to express they have a calm nature, rarely getting agitated or angry. 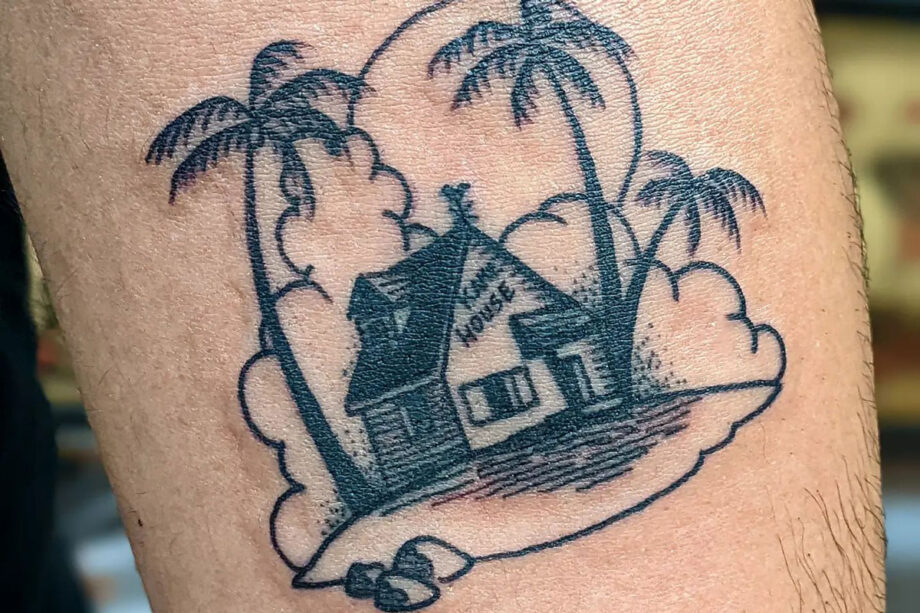 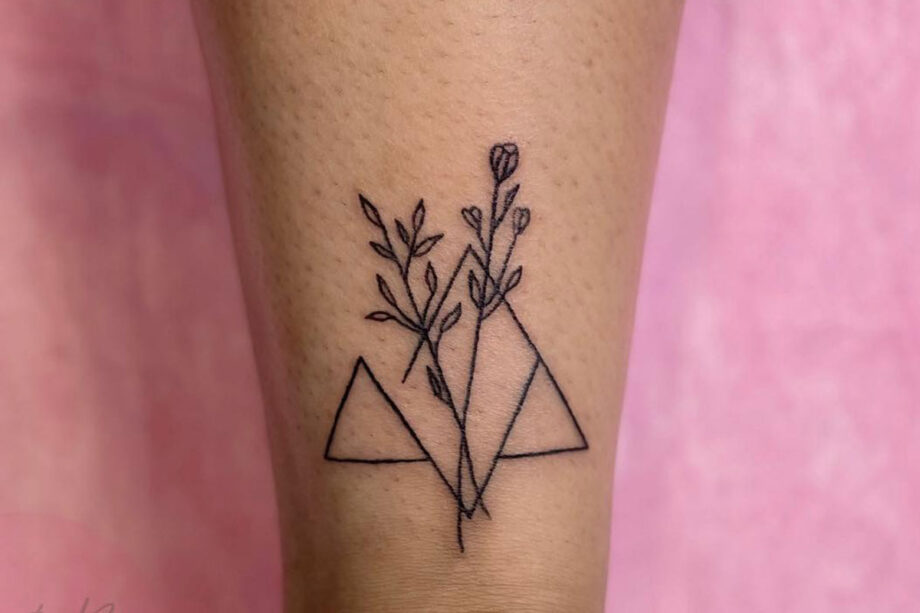 Small geometric tattoos can come in various forms as they are made up of lines and shapes such as triangles, circles and squares. You could, for example, have an animal tattooed on you that uses geometric shapes. While a geometric tattoo doesn’t have to have any meaning, some say they can symbolise intelligence, balance, mystery or symmetry. 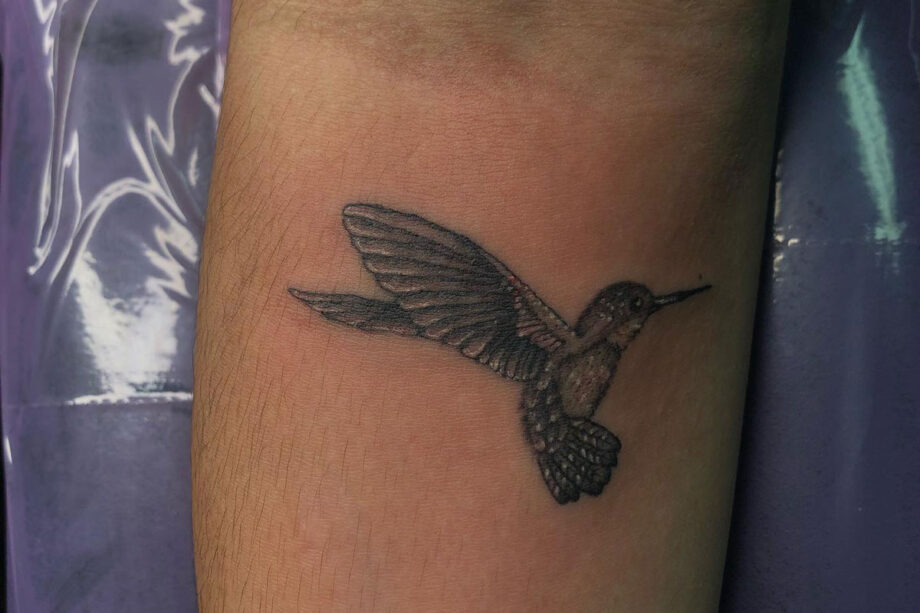 A small animal tattoo is an easy option for men. If you have a favourite animal or even a pet, you can get them immortalised forever on your body through the medium of tattoo. If you do want to get a small animal tattoo, then you’ll want to choose your tattoo artist carefully, as only the truly skilled will be able to ink a great level of detail into something so small. 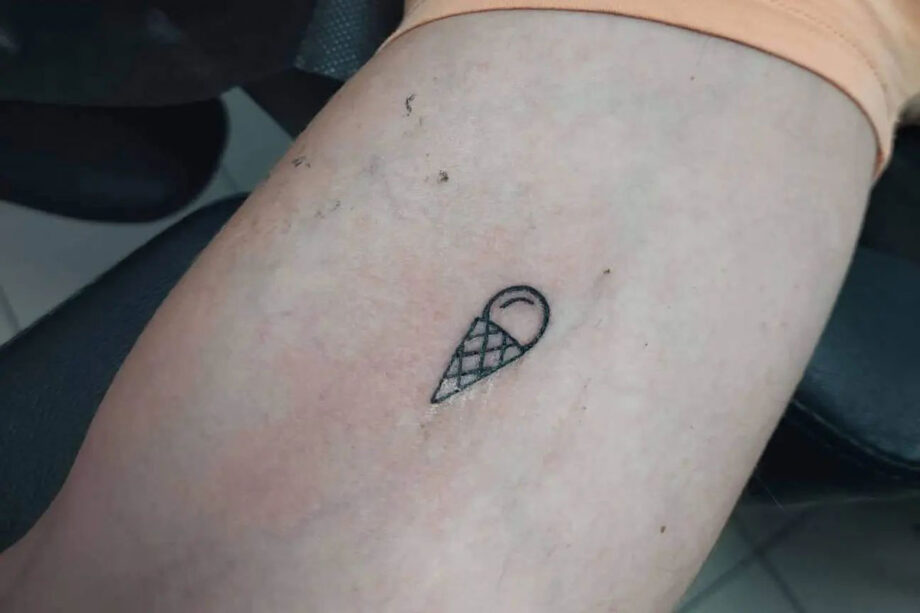 Similar to animals, you could think about emblazoning your body with your favourite food, whether it be ice cream, pizza, chocolate or even ramen noodles. Small food tattoos are another prime example of how a tattoo doesn’t have to have any significant or sentimental meaning. If you like it (and you’re going to continue liking it for the rest of your life) then get yourself under the needle. 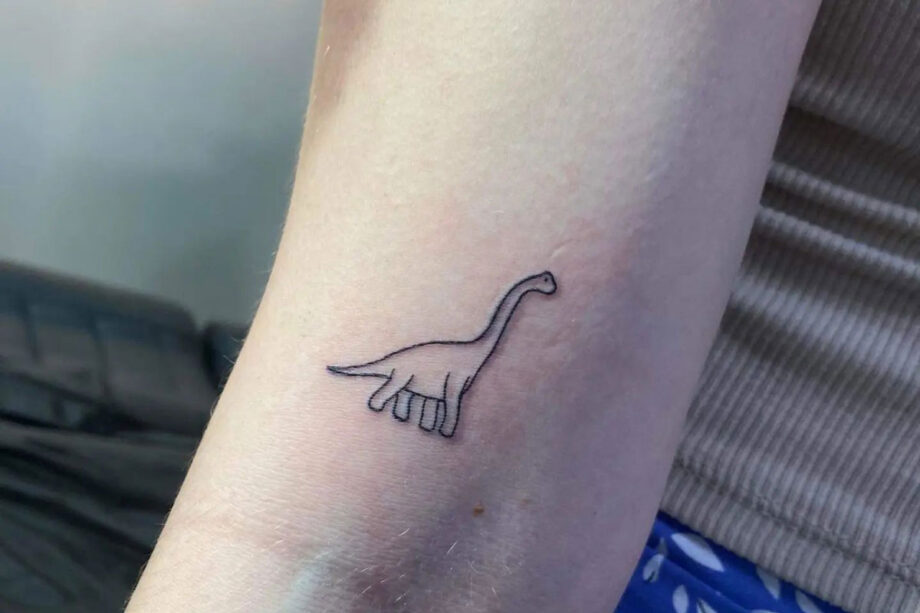 Dinosaur tattoos, traditionally, represent strength due to their exceptional size. However, if you opt for a small dinosaur tattoo then naturally that same imposing size isn’t conveyed. In this instance, you’ll likely want your dinosaur to be drawn in a cartoon-like style. It makes your small dinosaur a little more fun and, again, takes away any need for significant meaning. 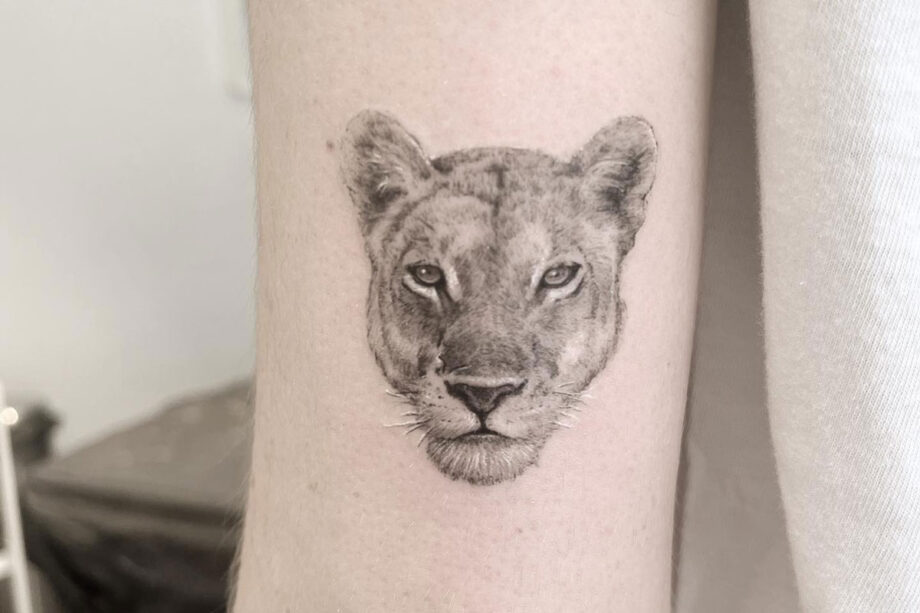 Lions are another popular tattoo idea for men and so make a perfect candidate to be given the small tattoo treatment. Lions and lionesses can have different meanings, if that’s important to you. Lions, being male, tend to symbolise strength, courage and bravery whereas a lioness usually represents protection, beauty and wisdom. It’s certainly something to think about before you book in your next small tattoo appointment. 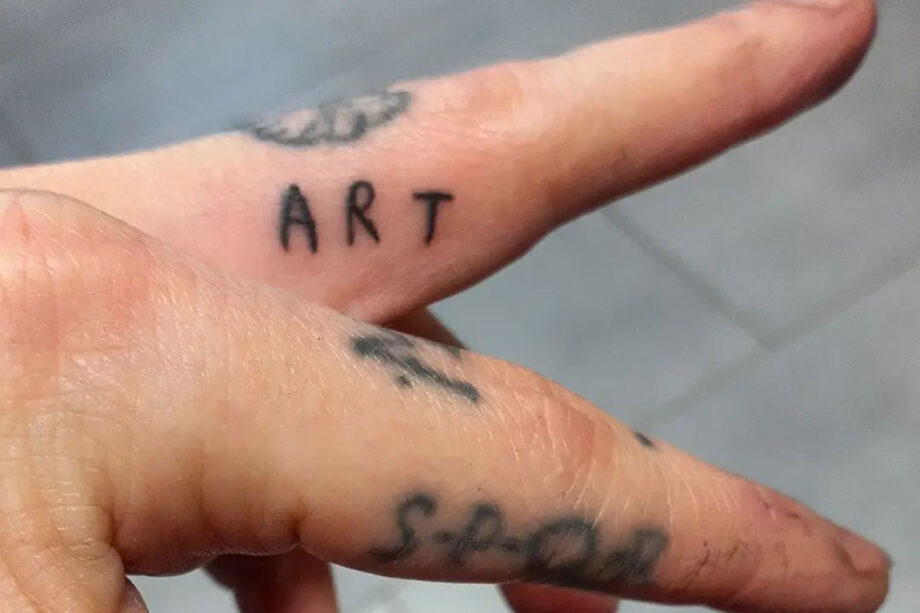 Not only do your limbs, torso and back make great canvases for a tattoo, but so do your fingers. And, being small already, make a perfect spot for men to get a small tattoo. Popular tattoo options for your fingers include words that hold particular meaning to you, diamonds or crystals, or even a moustache so you can hold your finger up to your face to make it seem like you have a mo. 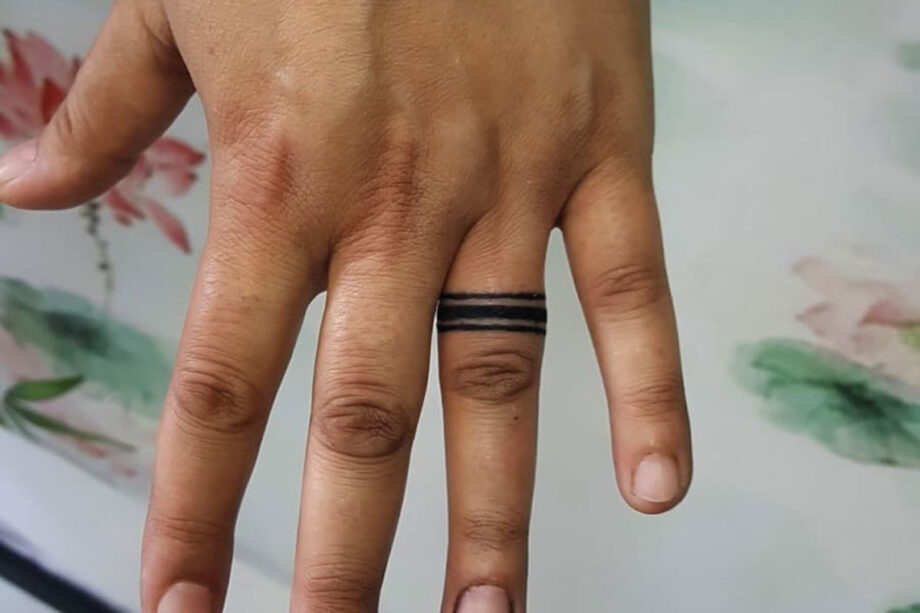 When you think of a tribal tattoo you’ll likely think of a full sleeve or large chest piece, but tribal tattoos can be small too, as seen in this example. However, it’s worth remembering that tribal tattoos are traditionally only an option for those with tribal heritage. If you don’t have this heritage, and you do get a tribal tattoo, then some may consider it to be offensive. 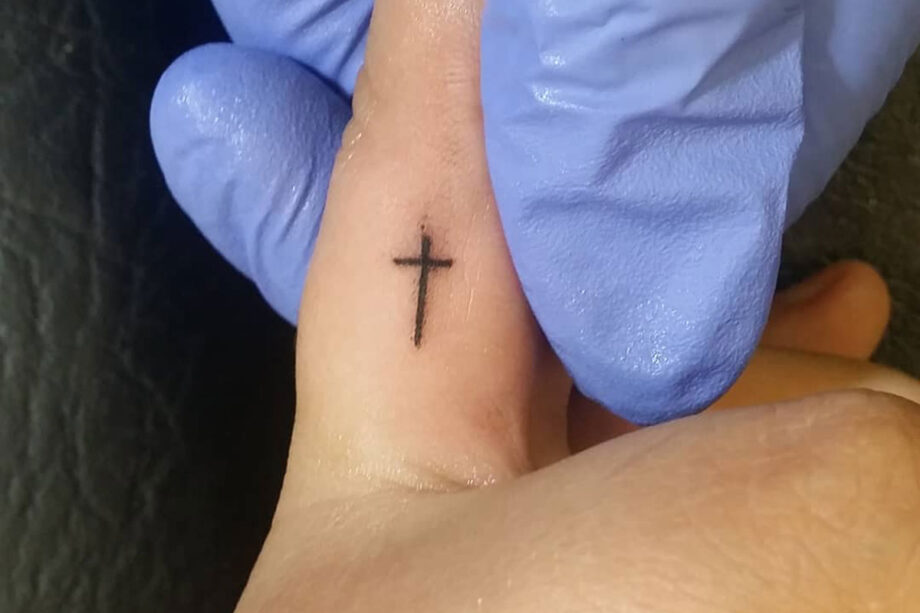 Cross tattoos are popular with men who are religious or have a faith. However, you can still get one even if you’re not religious, as a small cross tattoo can also represent the passing of a loved one, making it a great tattoo idea to immortalise them forever. 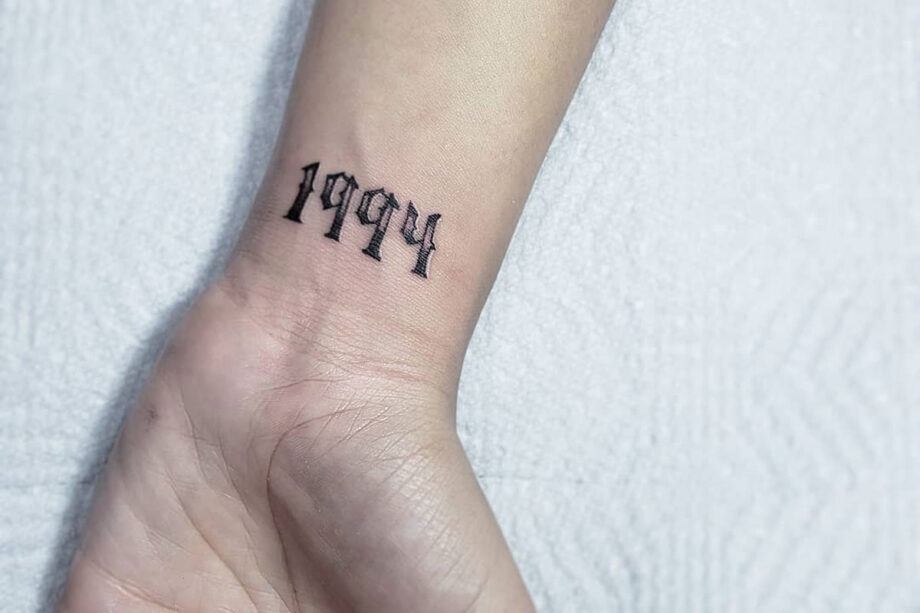 Dates are another popular tattoo idea for men. They can be a birth year for a relative, or even yourself if you so choose, or you can choose to have an entire date tattooed on you, including day and month. As with any wording or quote, a date can be made pretty small, as it doesn’t require a great deal of detail.