Visiting Africa conjures up images of jungles and deserts, of big game safaris, of rich history and adventure. South Africa offers an immense range of experiences for travellers, from those romantic rugged exploits to modern cities and urbane wine tours.

South Africa’s diversity of wildlife, natural scenery, sights, sounds, and cultures is like no other place on earth. The population is a unique blend of Africa, Europe, and Asia. The constitution recognises 11 official languages, one of the highest numbers of any country in the world. The landscape includes renowned national parks and eight UNESCO World Heritage Sites. The ‘Big Five’ game animals roam freely.

Such a multi-faceted country is impossible to generalise, but should you find yourself exploring its enchanting shores, here are a few basic rules and customs you’ll want to know.

Dress in South Africa is largely casual, but don’t mistake casual for unstylish. Many locals – especially those running in younger, hipper circles – are snappy dressers who wouldn’t look out of place in the snaps of Scott Schuman or Tommy Ton. Feel free to stretch your sartorial wings while in the country, though you may want to keep your flashiest and most expensive items at home. Anything too extravagant could make you a target for criminal activity.

South Africans are generally polite, friendly, and accommodating to tourists, and travellers from Europe and North America will find many familiar social customs.

Men greet with a firm handshake, while women may opt for a kiss on the cheek instead. Public displays of affection between heterosexual partners are not frowned upon, provided they don’t go overboard. Homosexual displays of affection are accepted in the more cosmopolitan and gay-friendly areas of Johannesburg, Cape Town, and Durban, though they can sometimes generate unwelcome attention.

Use a moderate volume when speaking. Raising your voice is considered aggressive and challenging. Lowering your voice too much will have you accused of spreading gossip. Keep your hands out of your pockets while speaking, as this is considered rude. Address people by a title and surname in formal situations.

South Africans are proud of their country and what they have achieved. Be wary of airing grievances about the country with residents, who will harshly defend their home against outsiders they believe have no business commenting on their affairs. It’s best to steer well clear of racial and political remarks as a visitor, as South Africa’s complex history and diverse cultural disposition make it easy for tourists to put their foot in it.

Tourism has grown exponentially in South Africa in recent decades, and the country has become safer for visitors as a result. Unfortunately, crime is still a reality of life, and though most holidays end without incident, it doesn’t hurt to take precautions.

As always, it’s best to avoid looking like a tourist. Put away your maps and your cameras unless you’re using them. Don’t wear expensive items or leave valuables visible in your car. Beware of pickpockets in highly populated areas. Be careful where you walk at night, particularly if you’re travelling alone. A taxi is a safer bet after dark.

If driving, keep the doors locked and the windows up in city traffic. Disregard any stranger who tries to confront you at a traffic light or stop sign. Don’t stop for hitchhikers.

Tipping is practised in South Africa. Ten to fifteen percent of the tab is common at restaurants and for taxis. It’s also customary to tip hotel staff (porters, cleaners, etc), parking attendants, and anyone who services your vehicle at garages and filling stations.

South Africans are very social, and you may find yourself invited to someone’s home for a barbecue called a braai. Bring a gift – flowers, chocolates, or wine will do – and contact the host ahead of time to find out if you’re expected to provide a dish. Make discreet inquiries about the expected dress code as well.

Once you’ve arrived, offer to help with preparation or clean up after the meal is served. Use both hands or your right hand to present a gift; it is considered impolite to hand a gift over with your left hand.

Modern urban South Africa has largely adopted Western modes of dining. Many eat with a fork and knife, held in both hands, and in the same hands throughout the meal. On some occassions, like the braai, it’s appropriate to eat with your hands. More traditional, rural areas will also eat with their hands. Use your right hand only, unless you’re eating something that clearly requires two hands. Wash your hands before the meal and again after. 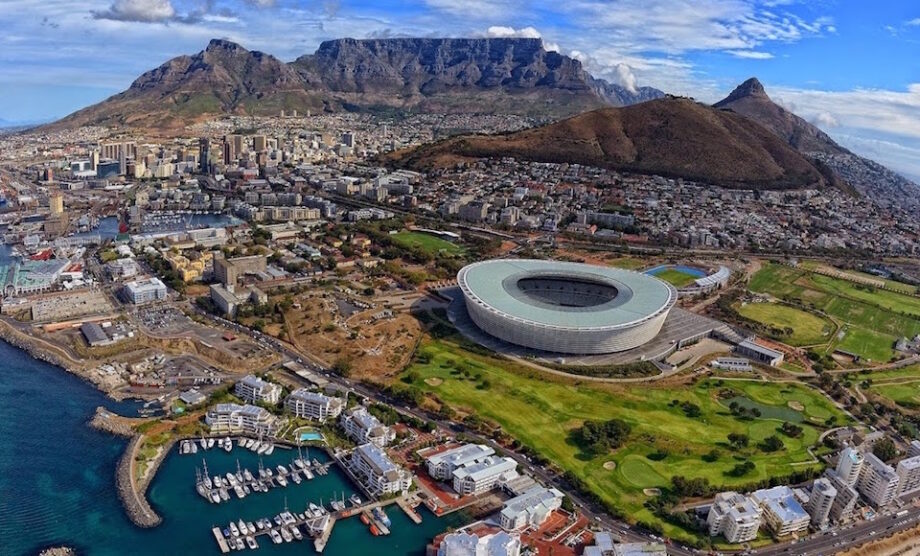 1/1
A beginner's guide to etiquette in the Rainbow Nation