Not many can claim the title “The King of Cool” in their lifetime; unless you’re Steve McQueen.

Born in the Thirties, Steve McQueen was one of the highest paid actors of the mid-century. From race cars to motorcycles chases, the ‘anti-hero’ film star even did his own stunts, often seen screaming down the bitumen on his 650cc Triumph TR6 Trophy bike in hot pursuit.

With a penchant for ‘nice things’, luxury oozed from his pores; spilling over onto the fast cars he drove (and owned) and of course, onto his clothes. Far more than a film icon, McQueen set a standard for men everywhere some sixty years ago. And, he’s just as relevant today. So, let’s play catch up on scoring Steve McQueen style.

Breaking It Down – Steve McQueen Style 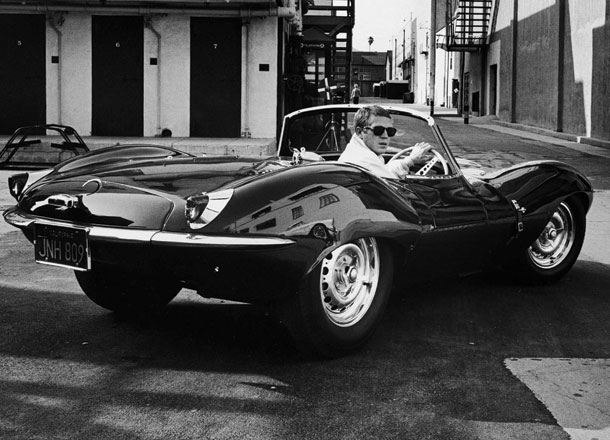 With blonde hair and tanned skin, Steve McQueen was blessed with Nordic-colouring from the start. And considering the fact the actor weight-trained and ran for two hours each day, everything looked good on him. But McQueen knew how to dress classically masculine but with a punch of edginess; rocking a tee and denim one day or tweed blazer over chinos the next.

Working a wide range of looks – both on and off-screen, in typical Steve McQueen style he accrued a plethora of female fans, while leaving behind in a cloud of road dust, those jealous Hollywood types who feared his reign. 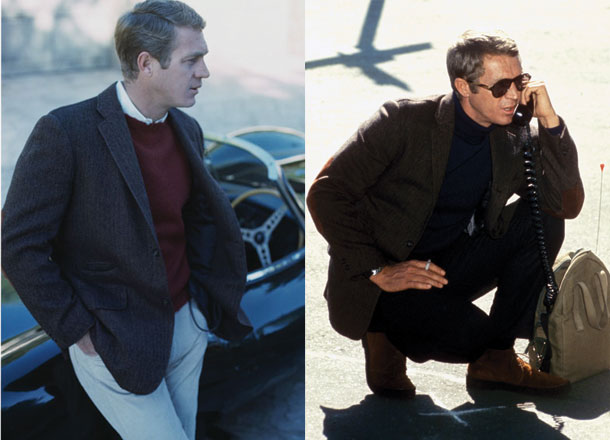 Smart casual attire for McQueen was often inspired by the Sunday drive. While you may not own a 1957 Jaguar XKSS Roadster, McQueen’s motoring look can be attained much easier with a changing of the clothes.The actor wore what many men would classify as an essential separates combination today – the tweed blazer and chino.

The tweed blazer in natural hues, such as grey or brown, was flecked and textural over the smart casual pant. Paired over a red knit and button shirt, the tweed coat ruggedness was matched by the brown suede on his shoes; Steve McQueen style was always purposeful with matching elements of fabric and feel across his multi-faceted outfit. 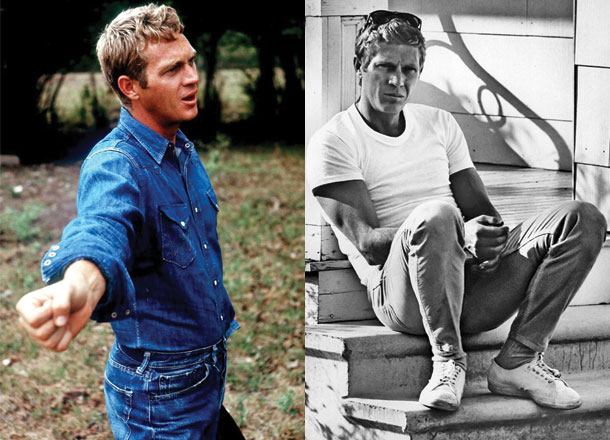 McQueen set the pace for denim; taking it from American workwear attire to a fashion staple. This season’s trending double denim look all really took off with the actor; effortlessly blending dark denim with chambray shirting or vintage-wash bottoms and raw denim tops – sometimes wearing just the slightest change in indigo-hue to separate each item.

A fitness fiend, McQueen had the arms to model the fitted, white-tee – which he did in both the v-neck and crew varieties. Over a slim, sometimes scuffed pair of jeans, fashion was all about attitude with McQueen, and a pair of leather biker boots (or sneakers for days-off) completed the rebel look. 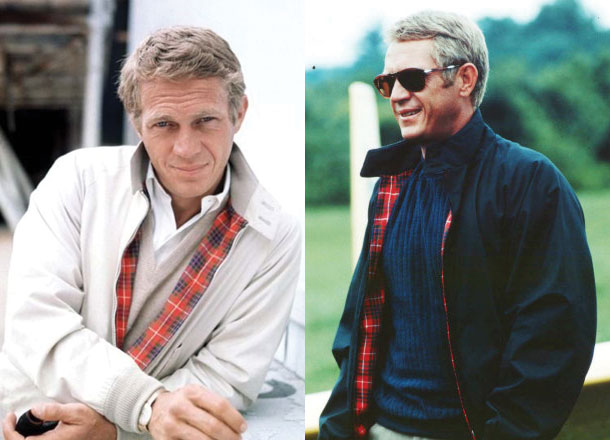 In classic Steve McQueen style, his signature casual look was something of a mix between heritage and sports. Long before sportsluxe was a term, McQueen donned the Baracuta Harrington jacket – a collegiate-shaped, cropped jacket in a lightweight cotton/poly fabric.

The Baracuta became synonymous with McQueen; easily recognised for its British red-and-blue checked lining, which onlookers caught a glimpse of as McQueen strode on by.

The star knew the importance of layering and opted for the very-English Aran sweater or cable knit under his coats. On their own or with the Harrington, the textural wool in cream or navy felt nautical and masculine and fit snugly under McQueen’s iconic sunglasses. 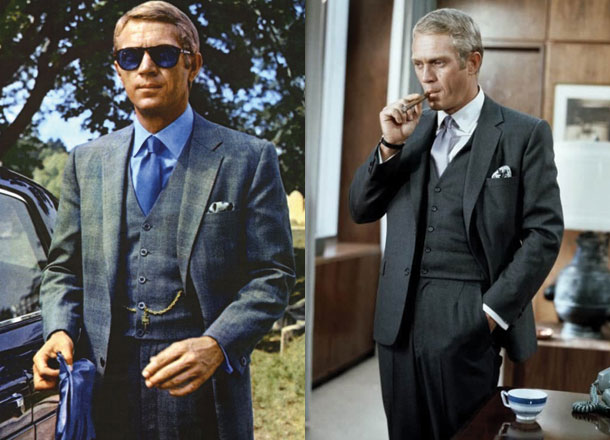 Other times, the star could be seen in a Prince of Wales plaid three-piece, with all the trimmings; pocket handkerchief, tie and of course, a pocket watch.

But the eccentricities never looked dandy on McQueen, who had an air of masculine confidence that was far from braggadocio. Luxury wool suits came as a single breast jacket with shoulders set broad and sharp, in a not-too-slim fit, notch lapels and a 2-button front.

The pleated trousers weren’t super slim, but were tapered with a short leg break.

Savile Row’s Douglas Hayward provided McQueen with his three-piece suits. Other British greats are Hackett London and Gieves & Hawkes for traditional luxury. As do Australia’s M.J. Bale and London’s Paul Smith for made-to-measure.

Baracuta’s G9 is the definitive, authentic Harrington Jacket for a McQueen look. For overcoats, in wool and simple lines, go Acne Studios and hit-up Lanvin and Belstaff for your racer biker jackets in leather or suede.

V-neck tees from Hanro and crew neck tee from Calvin Klein are McQueen-inspired. Meanwhile, get cable knit sweaters from Jil Sander or Brunello Cucinelli, and shawl cardigan varieties from Charles Tyrwhitt. His powder blue suit shirting can be sourced from Canali and Gucci.

Levi’s Vintage Wash or 501 Cut for denim, as well as the Jean Shop classic washes. J.Crew chinos in one their colour-blocked neutrals are great for the weekend McQueen look.

Only the Steve McQueen sunglasses from Persol will serve you well, and look-up the time with a Tag Heuer Chronograph or Rolex. Royal London do classic pocket watches in a variety of metals.