We’re all familiar with Paris‘ iconic museum The Louvre, and perhaps it’s most well-known feature: an epic glass pyramid often featured in cheesy tourist snaps. Well, just like magic, it has completely disappeared as part of a new art installation.

French street artist (and best dressed man of Cannes 2016) JR, along with his team of six have made the Louvre vanish thanks to some clever paper sheet placement that when combined displays a giant to-scale photo of the building behind it – rendering the pyramid ‘invisible’. Ta-da.

“It’s quite crazy being Parisian, passing the pyramid so often, then today realising I can make changes to it and stick things on top it to create my work,” JR told CNN.

But what was the purpose of this real life optical illusion? “Walking around, I realised people turn their back on the pyramid to take a selfie, they don’t look at it,” JR explained to The Wall Street Journal. The artist hopes to draw more attention to the iconic pyramid that was originally designed by famed architect I.M. Pei.

“I am curious to see how people will react now,” he says. The Louvre’s pyramid will be hidden until June 27. 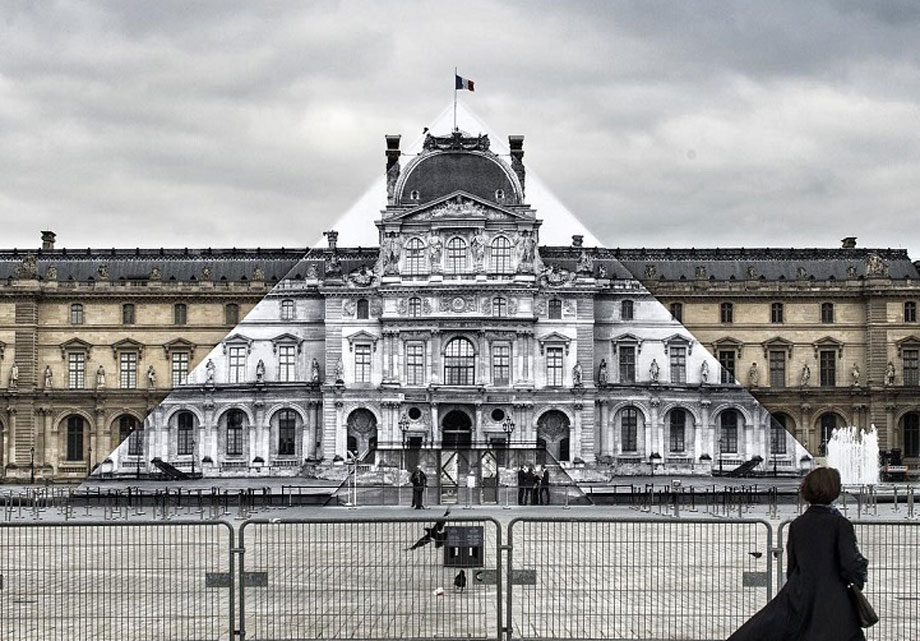 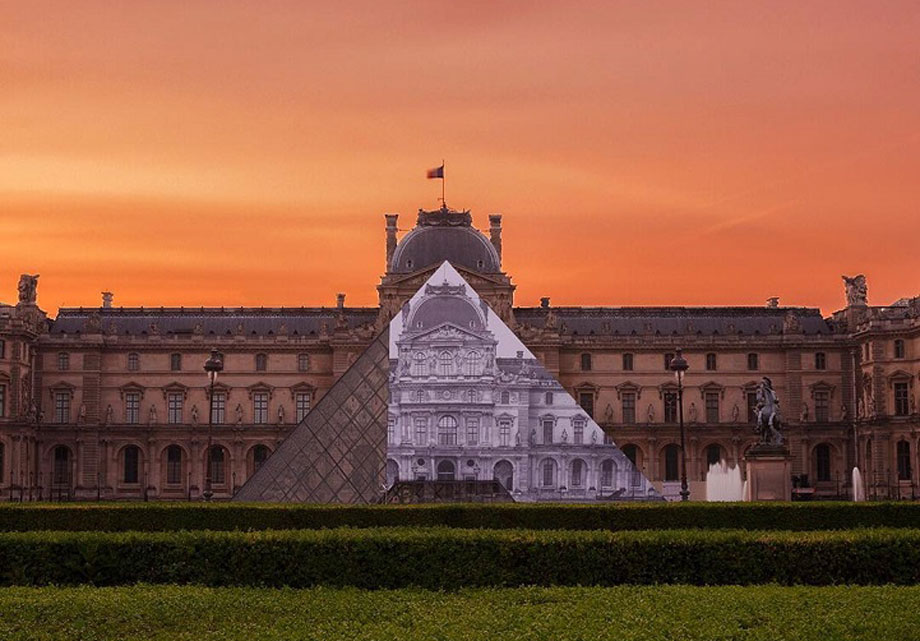 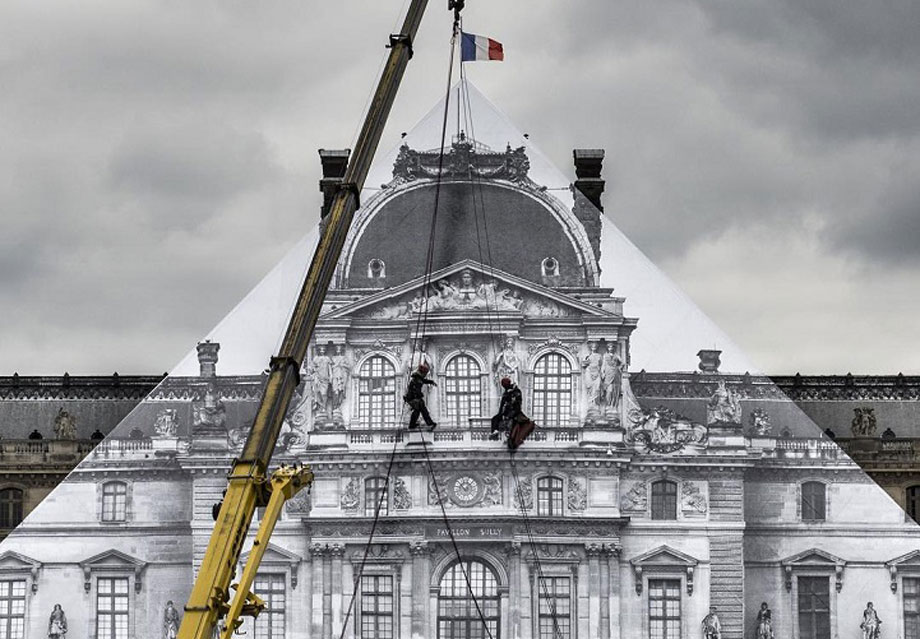 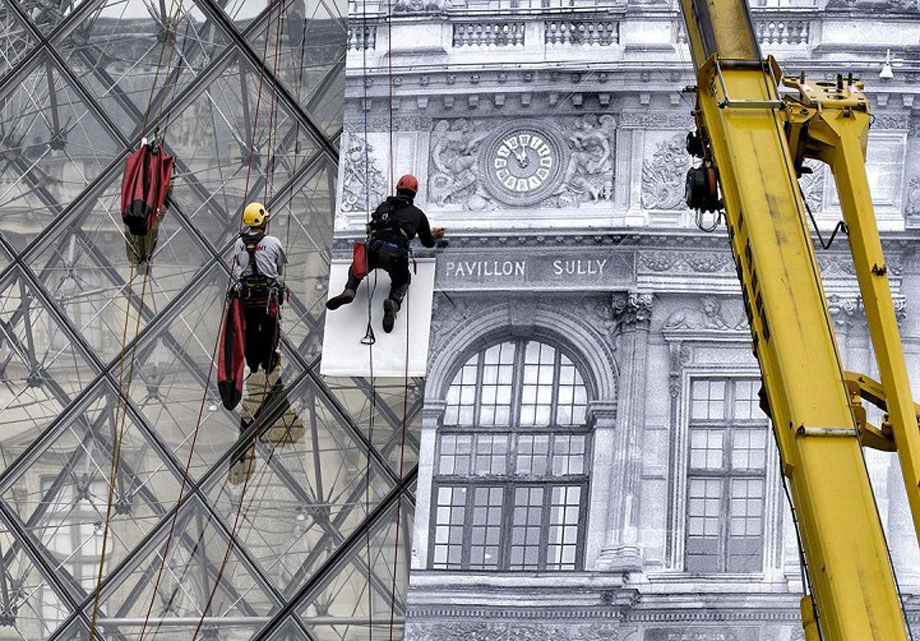 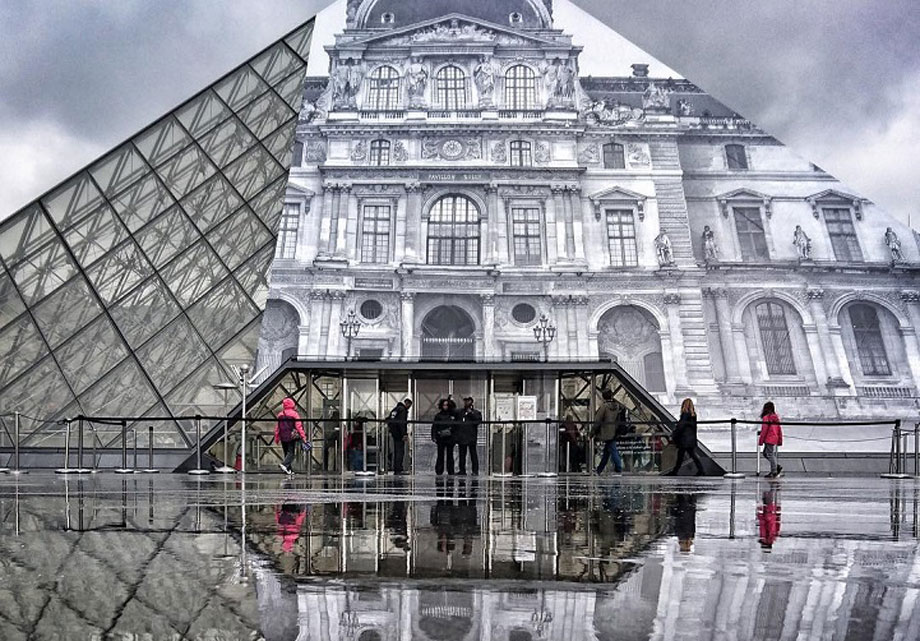