Looking for the best golf courses in Sydney? You’ve come to the right place.

For Sydneysiders, exceptional golf and superb scenery are just a short jaunt from Sydney CBD, with many of the city’s best golf courses being found at a stone’s throw distance. Despite Sydney being relatively small by city standards, it is home to a surprisingly high number of golf courses, all of which offer first-class play.

As with golf’s more fanciful connotations, a fair few of Sydney’s best golf courses and golf clubs are membership-only, which, unless you’re able to play regularly, probably aren’t worth signing up to.

Luckily there are a number of public golf courses available to book into as well, but there will be a greater chance of the tee time you want being fully booked. With regards to this, we strongly recommend booking a few weeks in advance. In the meantime, you can head to one of Sydney’s driving ranges to practice that swing of yours, or for a bit of fun, check out some of Sydney’s best mini golf courses for pint-sized play.

So, don’t bother Googling golf courses near me, instead, check out our complete round-up of the best golf courses Sydney has to offer and start bringing down your handicap.

Some other helpful DMARGE stories about golf in Sydney 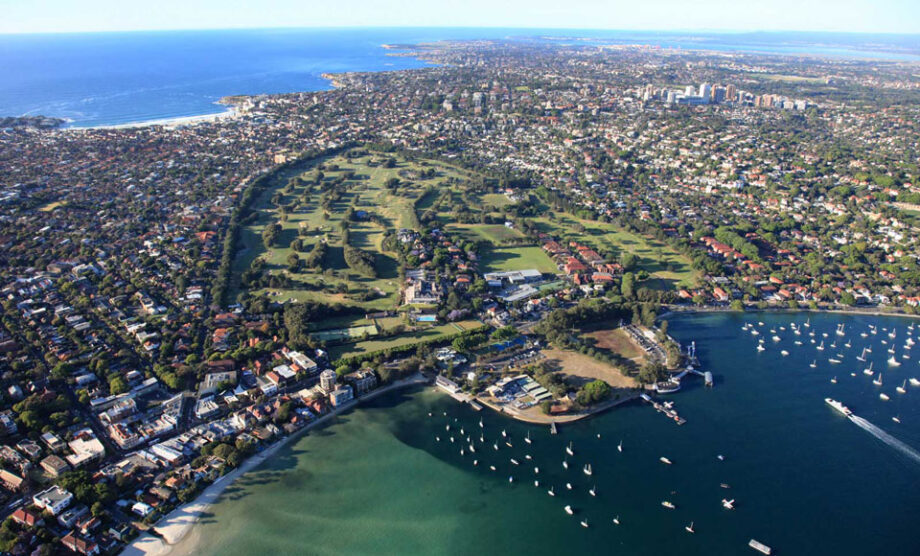 Green fee: Try getting a membership or an invite first, then we’ll talk

The Royal Sydney Golf Club features on this list for two reasons: first, because it is a multi-time host of the Australian Open and second, and most importantly, because it is the hallowed ground on which John Daly set a career highlight by breaking a spectator’s camera in 2008.

The Royal Sydney golf course is as old-school as they come. It’s the sort of place where earning membership involves an absurd waiting list and references from powerful people. There are no fancy waterworks or signature holes, just a classic round of treacherous play that makes for one of the most rewarding experiences in Australian golf. You can even get in a spot of croquet after your round of golf, should you and your chums feel like it. 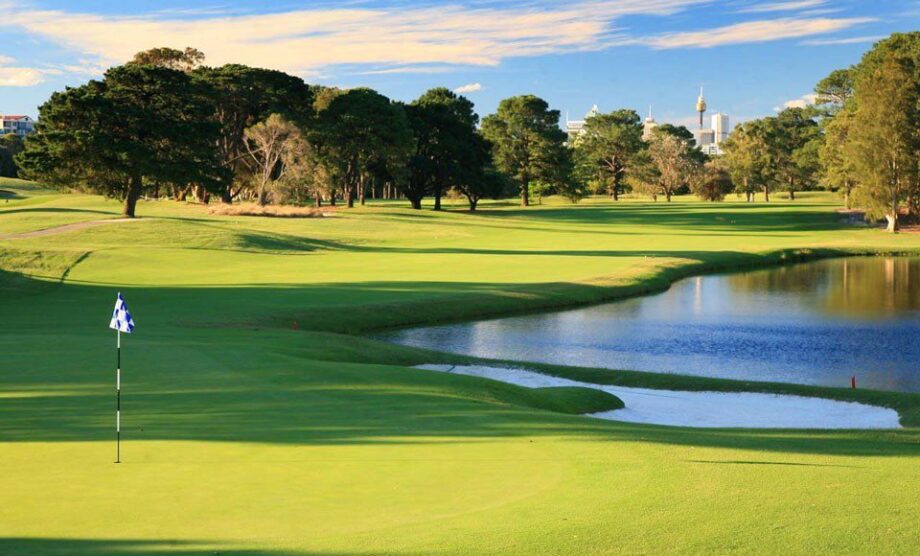 Whether you believe in heaven, nirvana, or any other kind of paradise, The Australian Golf Club is as close as it’s possible to get down under. Designed by golf legend Jack Nicklaus, The Australian is the oldest golf course in Australia, predating the Royal Melbourne Golf Club by over a decade, and is the birthplace of the Australian Open. It’s this heritage mixed with beautiful surroundings that make it one of the best golf courses Sydney has to offer.

Though the golf course was remodelled in recent years, it still hosts the Cadogan Cup, which made its debut at the club in 1884 and is Australia’s oldest golf trophy. Those lucky enough to be granted entry to The Australian play in a rare mix of modern conditions and historic company. 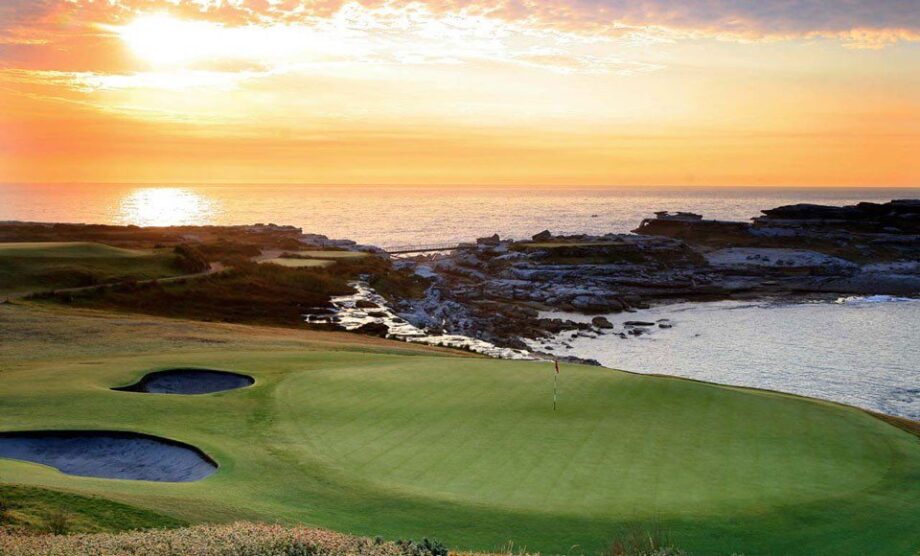 Green fees: Members & invitees only – some public slots provided you have an official handicap

Equally as exclusive as Royal Sydney Golf Club (yet somehow less intimidating), the New South Wales Golf Club makes the most of its rugged coastal surroundings. Players who make the pilgrimage to its undulating fairways and small greens find themselves at the mercy of Mother Nature, who sees fit to test them with fickle sea winds and the vast water hazard of Botany Bay.

The signature hole of this esteemed golf course is the 6th, an iconic par 3 perched on a rocky outcrop overlooking the wreck of the SS Minmi. It could also wreck your scorecard. The golf course is so challenging that players must have a handicap below 27 to get on the tee. 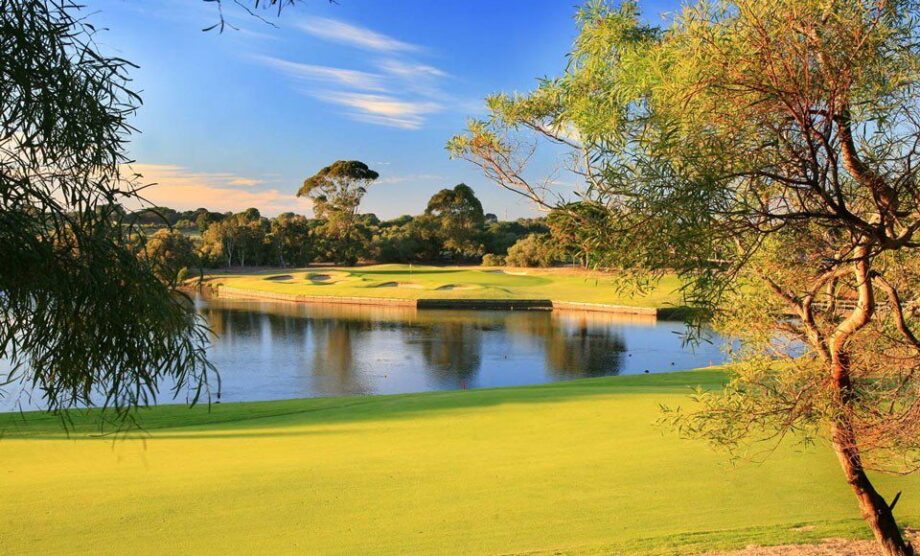 To the uninitiated, The Lakes is just that extra-fancy golf club next to Sydney Airport. To the enlightened, however, it’s one of the best golf courses in Sydney, with a rolling layout and a prestigious tournament history, including hosting the Australian Open for three straight years in 2010, 2011 and 2012.

Becoming a member of The Lakes Golf Club requires at least four referees, a letter of recommendation, an interview and the submission of your CV. That’s not a joke, but if you (understandably) choose to forgo that for now, playing The Lakes will cost you a pretty penny. 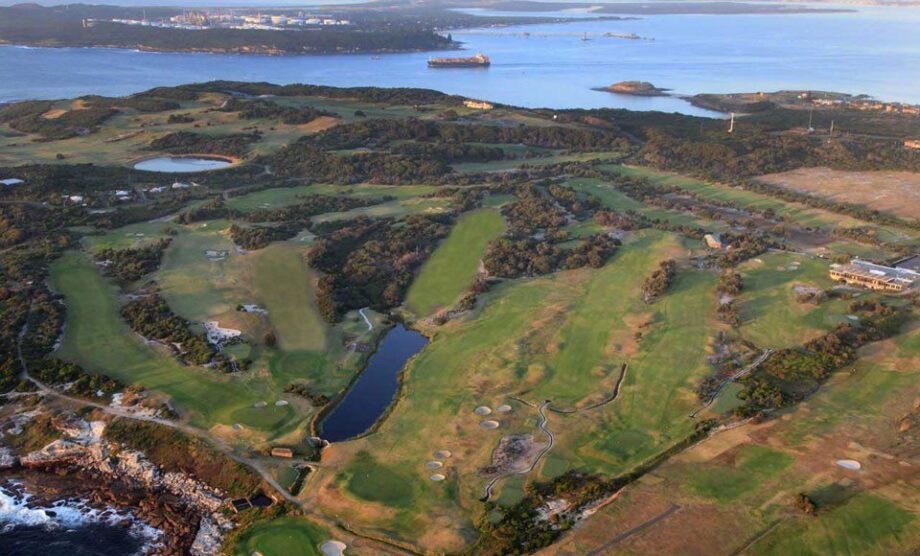 Sharing the same stretch of coastline as the New South Wales Golf Club, St. Michael’s is the rare golf club with a green fee listed on its website. A manageable $100 earns you access to a rolling links layout and ocean views that evoke thoughts of Scotland’s famous St. Andrew’s, with New South Wale’s local scenery adding to the charm.

While St. Michael’s is still in the upper echelon of the best golf courses in Sydney, its generous fairways make for fairly forgiving golf at times, perfect for those looking to take a step up from a public golf course. 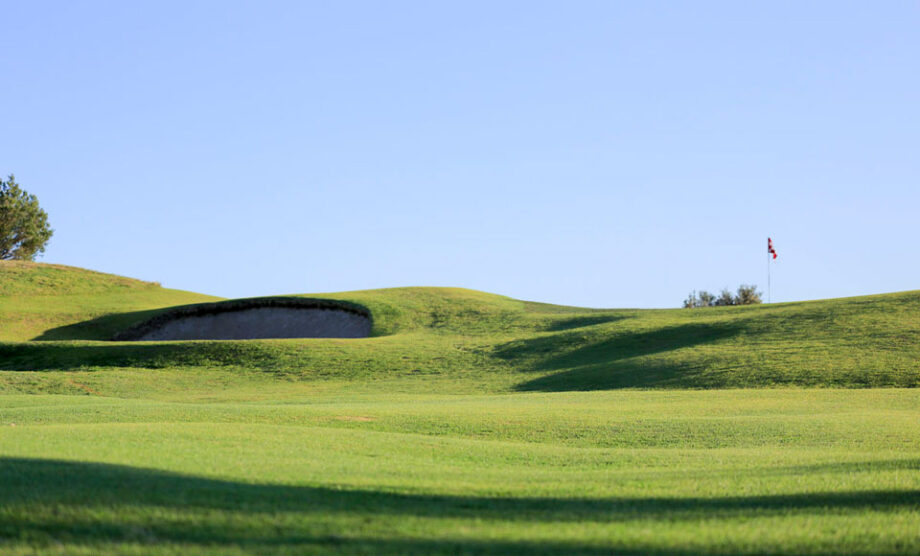 As you’ve surely caught onto by now, ocean views are kind of a big deal when it comes to designing the Sydney golf courses. Thanks to its prime positioning in the Northern Beaches, Long Reef Golf Club boasts sightlines all the way to the Central Coast in the north and Manly in the south. Designer Peter Thomson even went so far as to describe it as “the best site of any golf course in Sydney”.

As a Group 1 golf course, Long Reef has hosted many of the qualifying rounds for both the Australian and NSW Opens. It also doubles as an excellent beachfront venue for weddings, birthdays, and other celebratory occasions. 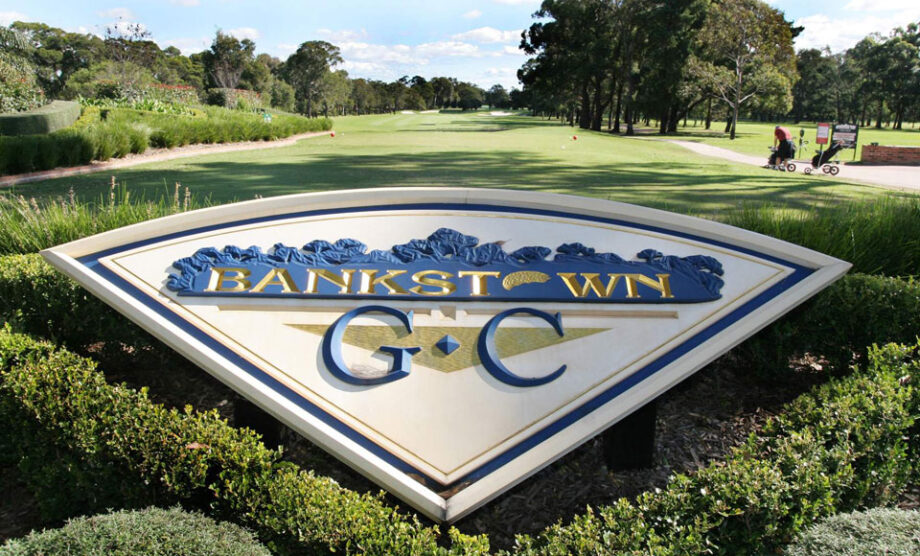 Despite its unassuming location in Sydney’s west, Bankstown Golf Club is regularly featured amongst Sydney’s best golf courses. Don’t be fooled by the nondescript entryway – pass through and you’ll be greeted by an urban oasis of tree-lined fairways on the banks of the Georges River.

Like many a parkland course dotting suburban Sydney, Bankstown Golf Club combines stunning scenery and immaculate year-round care to offer an upper-crust golfing experience in any season. The lack of ocean winds is an added bonus for players who prefer to avoid the whims of nature. 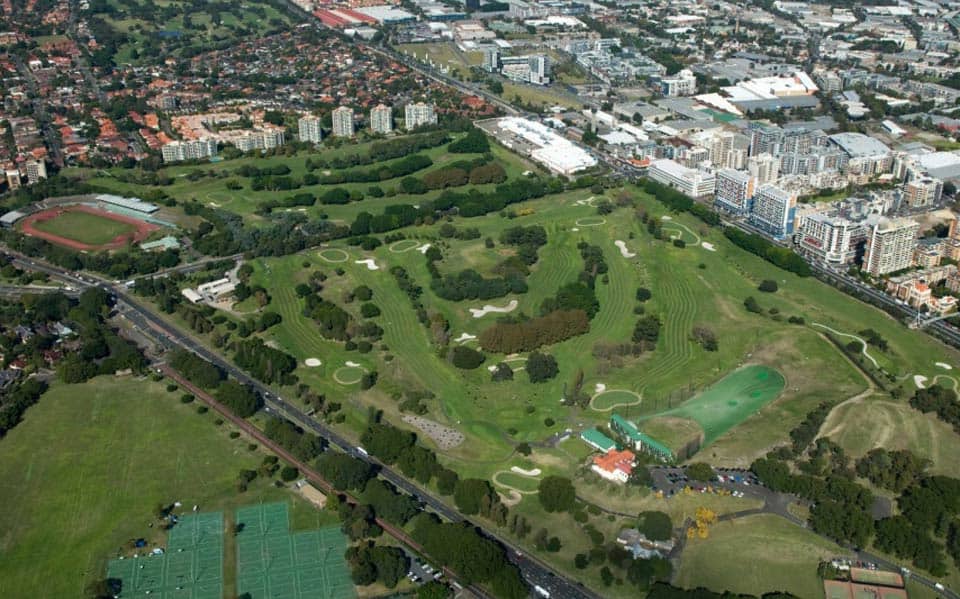 Golfers who prefer public play rejoice, Moore Park is up there with the very best public golf courses in Sydney. Open to the general public since 1913, Moore Park has strived to remain just accessible ever since, welcoming golfers of all abilities to play the 18 holes on offer.

The golf course is a clever one too, as many of the holes look as though they should be simple to play, but they are in fact much trickier and require some strategic use of various golf clubs. For those who need an extra helping hand, Moore Park also has a number of PGA professionals on hand to offer assistance. 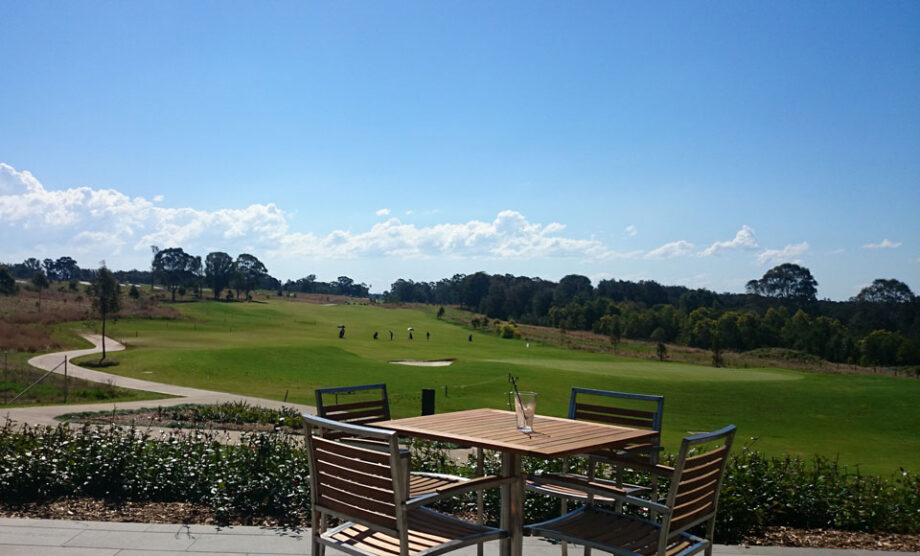 The Simpsons references aside, Stonecutters Ridge Golf Club is a hidden gem in the far west of Sydney. You’ll find it nestled in one of the few places around Eastern Creek still untouched by the gradual urbanisation of Greater Western Sydney, featuring a tricky layout designed by World Golf Hall of Famer Greg Norman.

The golf course was crafted with three distinct landscaping themes in mind. Each aspect complements the overall development and provides a range of sensory experiences as players travel around the course. Expect a seriously challenging round of golf, with unforgiving bunkers and bountiful water features. 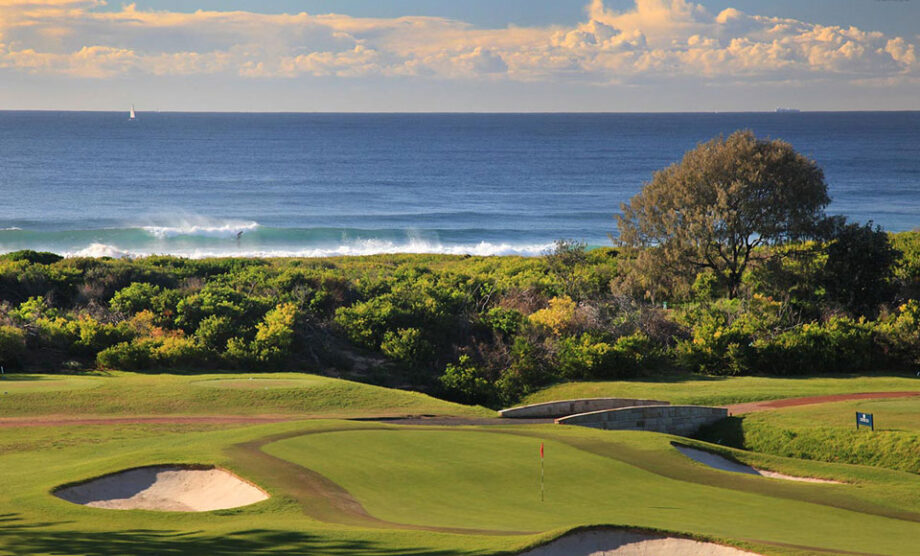 Another Group 1 golf course, Mona Vale Golf Club regularly plays host to the NSW Amateur Championship. Though it has a more approachable feel than some of its Sydney counterparts, it’s regarded as one of Australia’s best golf courses (at least amongst the crowd that clocks in at under $50 a round).

Mona Vale brings together two distinct types of golf course for a well-rounded experience. Prepare to be frustrated for the first 10 holes as you snake your way through woody, hilled terrain, before holes 11-18 flatten out around the coastline. 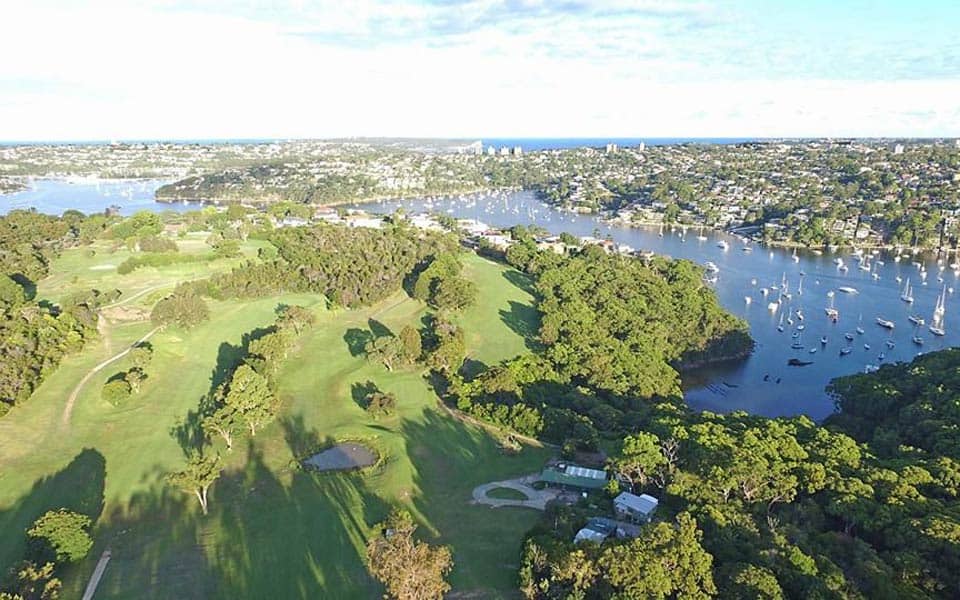 The closest 18 hole golf course to Sydney CBD you’ll find over the Harbour Bridge, Northbridge offers guests and members the chance to try their hand at its Par 64, all the while overlooking Middle Harbour. Expect to find numerous sloping fairways upon your visit, along with abundant birdlife for ornithological gazing while waiting for your mates to make their shot.

Northbridge also offers a range of membership options to suit all budgets (both in terms of time and finances) and students can receive an extra discount too. 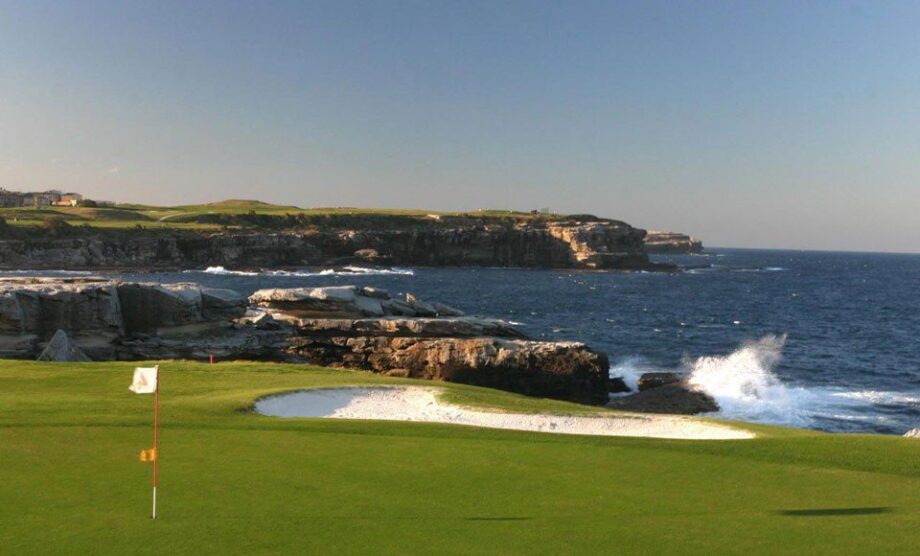 Why settle for one golf course in a suburb when you can have two? Undeterred by the neighbours, the folks at The Coast Golf Club couldn’t resist sticking another 18 holes right next to the aforementioned St. Michael’s – and charging less for the privilege of playing.

Though it’s easier on the wallet, it’s no less of a challenge. The Coast golf course makes full use of the views Botany Bay and its surroundings are famous for and boasts tight fairways and challenging greens designed to give any player a run for his money.