Picture this. A TAG Heuer timepiece is gifted to Swedish Formula One driver Ronnie Peterson by Jack Heuer himself in 1972. That very watch resurfaces more than 30 years later and heads to a luxury auction house.

Well this is no story because this is exactly what happened at Sotheby’s over the weekend. The watch known as the 18-carat gold Heuer Carrera, “the racing driver’s watch”, sold for an astounding CHF 225,000 (AU$316,315).

That price tag sets a lofty new benchmark for the sale of avant-garde watchmaking and even more so as a true collector’s piece. In terms of drive, the Heuer Carrera chronometer features a Calibre 12 Manufacture movement with a date function, but it’s the coveted history of the watch that makes this worth every dollar.

The watch was gifted by Jack Heuer to Petersen in 1972 and costed just AU$1,335. The caseback itself wore the engravings, “Success Ronnie Peterson from Jack W. Heuer.”

Included in the watch’s exorbitant sale was a gold ingot which paid tribute to the Prix Rouge et Blanc Joseph Siffert award which Ronnie Peterson won for his performance at the 1972 German Grand Prix at Nürburgring. 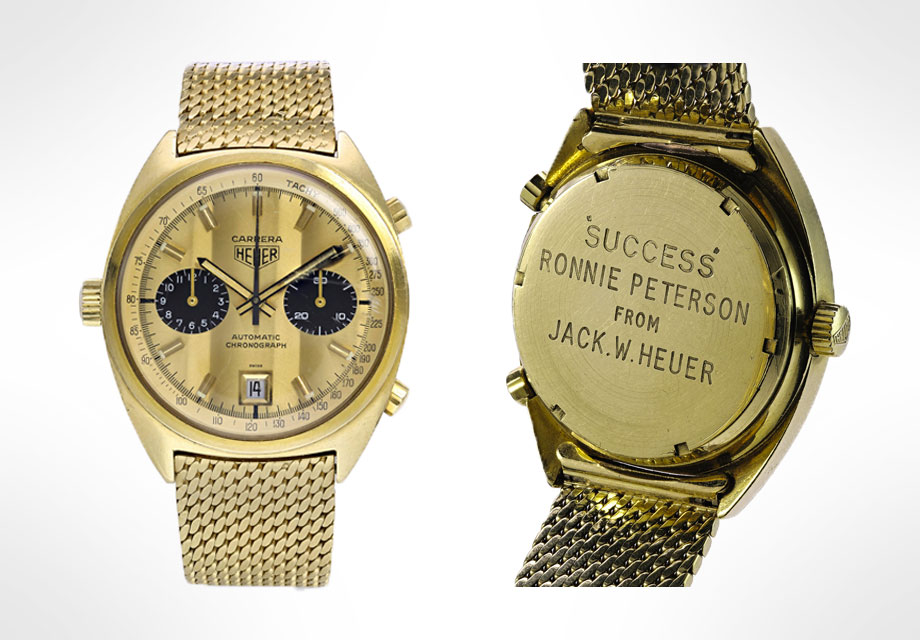