As Cannes Film Festival ramps up for 2019 you’ll be seeing some serious stars roll out and one of the latest is Taron Egerton of the ‘Kingsmen’ franchise. The 29-year-old Welsh actor who plays Elton John in the upcoming autobiographical film ‘Rocketman’  went full 70s for the occasion to outshine the real Elton John who was also in attendance. His attire of choice? A full paisley suit that men will rarely be able to pull off today. 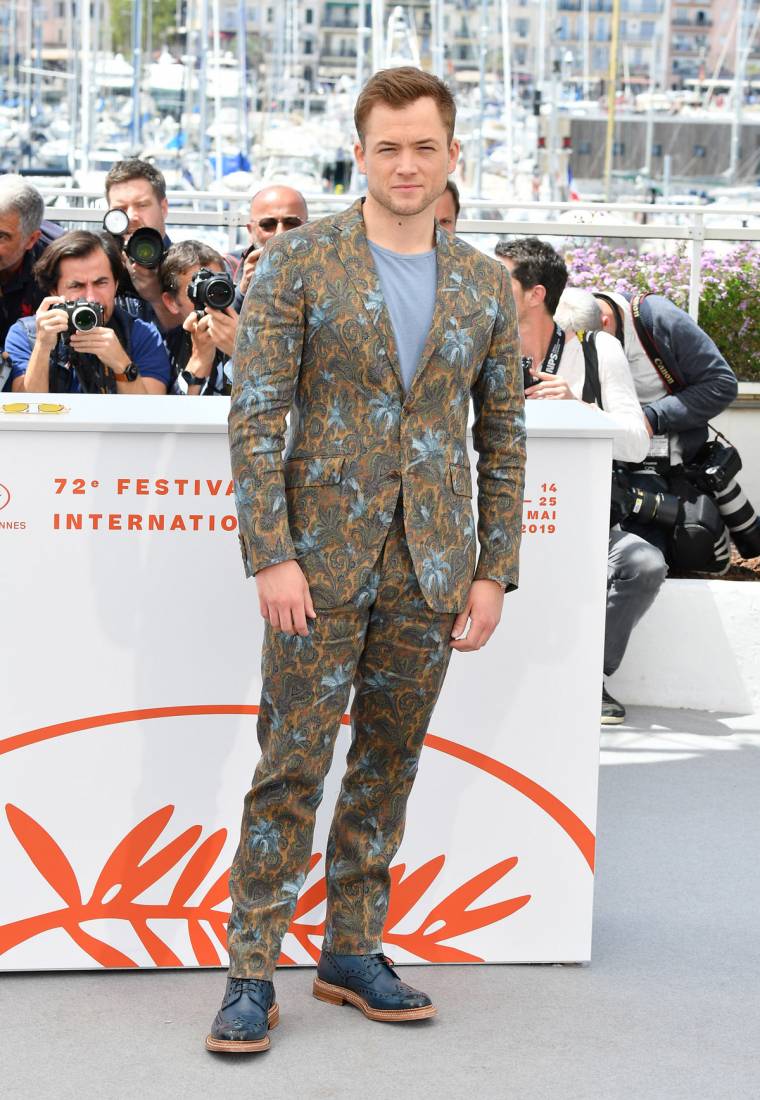 The eye-grabbing suit features the groovy print usually reserved for individual pieces like trousers or shirts. Going full paisley demands balls but Egerton seemingly did it with ease. The suit made by Etro was paired with a simple grey tee and navy brogue lace-ups with contrasting soles. 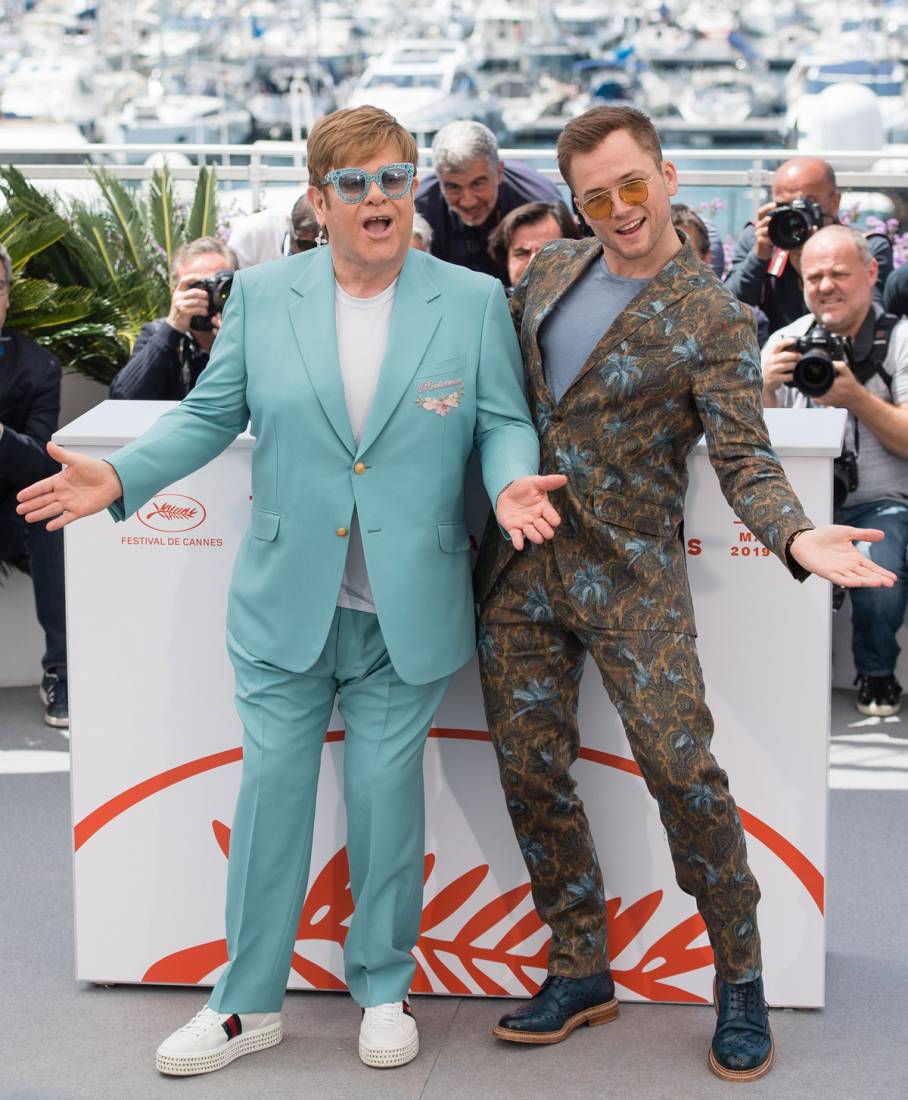 Accessories? Not much bar for a rose gold timepiece hiding under his sleeve and a pair of tinted sunglasses that proved a perfect contrast to real Elton’s bedazzled frames. Speaking of Elton John, he rocked out in a baby blue suit with a custom embroidered shiny ‘Rocketman’ motif. Heck, even John’s Gucci kicks were studded with the shiny stuff.

Happy Birthday, @eltonjohn . You are just about the most extraordinary person I’ve ever met. In honour of your birthday, here’s a photo of me (as you) in some hot pants.

Whilst Egerton showed off his vocal cords for the film just as Malek did as Queen recently, it’s interesting to see just how far actors are willing to throw themselves into these iconic 80s roles these days. Golden hot pants included.