Yet despite this constant deluge of visitors, Thailand holds fast to its traditions and cultural integrity. It dabbles in Western influences while retaining its own rich heritage, Buddhist values, and sense of identity.

As soon you as you land in Thailand, you’ll notice people greeting each other with a wai. The gesture is performed by placing your hands together in a prayer-like position and slightly bowing, and is often accompanied by a serene smile. The wai is used to welcome, thank, or take leave of someone.

In general, the younger or lower ranking person in the social hierarchy initiates the wai and the older or higher ranking person returns it. However, if there is an especially large social distance between the people involved, the wai will not be returned. Monks are also exempt from returning a wai, and guests need not wai in return to service staff like doormen and waiters.

Foreigners are not expected to know the intricacies of wai etiquette, but should you wish to participate, it’s safest to avoid initiating. Only return the gesture.

Like many of its fellow Asian nations, Thailand often takes a conservative approach to interpersonal relations. It’s rare to see public displays of affection between romantic partners, though friends of the same gender often hold hands or walk arm in arm.

Thais have great respect for social hierarchy. When a Thai person meets someone new, they will often ask questions to determine their social ranking. These questions may seem overly personal to a foreigner, but they are not considered rude in Thailand. Status can also be determined by clothing, age, job, education, family name, and social connections.

Despite those formalities, Thais typically address one another by first names and titles, and reserve surnames for formal occasions and written communications. Names are preceded by Khun (regardless of gender or martial status). ‘Khun’ can also be used to address a person if you don’t know their name.

Should you be invited to a Thai’s home, a gift is appreciated but not expected. Gifts should be wrapped with care in auspicious colours (try to avoid green, black or blue as they are associated with funerals). Do not be offended if your gift is put aside unopened. It’s considered rude to unwrap a present in front of the giver.

It is common to remove shoes before entering a Thai home. Always check at the door before entering – if there are shoes outside, it generally means that shoes should not be worn inside. Alternatively, check to see whether your host is wearing shoes. Some restaurants, shops, and offices also prefer footwear to be left at the door.

If dining out with someone, it’s important to know who is expected to pay for the meal. In Thailand, the inviter typically picks up the tab. If it’s unclear who the inviter is, the superior will usually pay. Don’t expect to split the bill if you’re on a date with a Thai woman.

Most men won’t have difficulty dressing appropriately in Thailand. Suits are standard in business settings, and most casual dress is accepted as long as it is neat and clean and doesn’t flash too much flesh. The only time the dress code really matters is when visiting religious sites. Shoes and hats should be removed before entering temple buildings. The rest of your outfit should be smart and modest, and never unkempt.

Thailand is a majority Buddhist nation and it’s important for all visitors to respect the country’s faith.

Monks hold a special place in Thai society. They are forbidden physical contact with women, and women are therefore expected to make way for passing monks to ensure no accidental contact occurs. Individuals of any gender are expected to sit or stand with their heads at a lower level than that of a monk. Always offer your seat to a monk on public transport. Greet monks with a wai but do not expect one in return.

When visiting a temple, one must always point one’s feet away from images of the Buddha. It’s also customary to remove footwear and to avoid stepping on the threshold when entering the building. Photography is generally allowed, but do not climb on any image or pose near it in a way that could be considered disrespectful.

The royal family is highly revered in Thailand. As such, it’s considered extremely bad form – particularly for foreigners – to bash them. It’s also essential to treat objects depicting the king, like posters or money, with respect.

The national anthem is broadcast nationwide on all media outlets twice a day, every day. Thais drop whatever they’re doing to stand and pay homage to the flag while the anthem plays. Students also sing the national anthem every morning on school days. Citizens who do not observe the custom of standing in silence during the anthem are subject to a fine and perhaps even imprisonment.

In a similar vein, the royal anthem of the King of Thailand is played before movies, concerts, and sporting events. Again, all attendees are expected to stand and pay their respects to the monarch.

Several notable social norms in Thailand concern the body. The head is considered the most sacred part of the body while the feet are considered the most unclean. As a result, it’s viewed as very rude to touch someone’s head or to point your feet at another person or a sacred image. Putting your feet up on a table, chair, or pillow is also considered uncouth.

Do not put your hands in your pockets while speaking with someone. Do not point, particularly at a person or images of royals. Do not use your left hand when eating, passing objects, exchanging money, or touching a Thai person. The left hand is traditionally used for washing after going to the toilet and is considered dirty.

There’s a reason Thailand is known as the “Land of Smiles”. Thai people tend to be easygoing, and warm and welcoming to visitors. They have a go-with-the-flow attitude (mai pen rai) and value fun, pleasure, and contentment (sanuk).

The country also places great importance on jai yen (“cool heart”). Thais strongly dislike confrontation of any kind, so refrain from raising your voice, gesturing wildly, cursing, or showing any other signs of visible irritation. Keep your cool externally (even if it’s long gone internally).

Thais prioritise courtesy such as politeness, respect, geniality, and self-control in order to maintain harmonious relations. Public dispute or criticism should be avoided at all cost. Speak softly and smile warmly to encourage positive dealings. 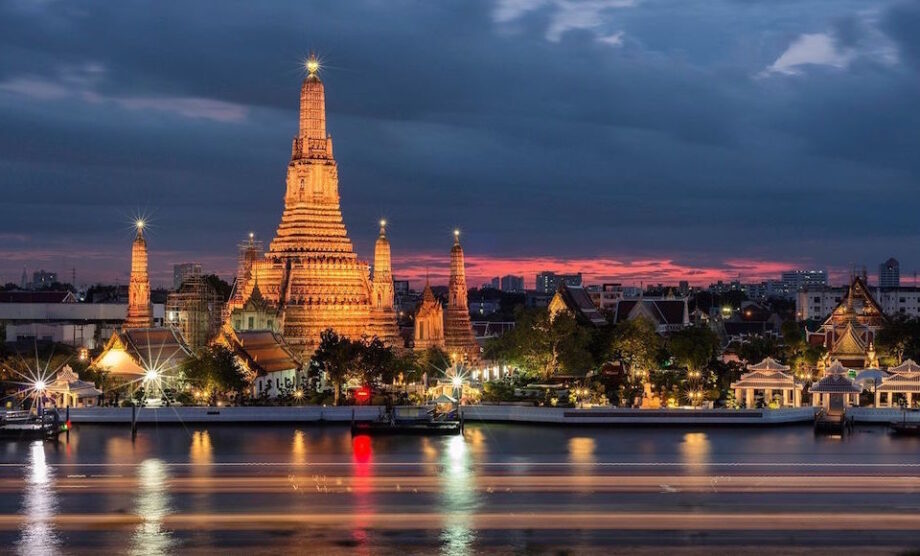 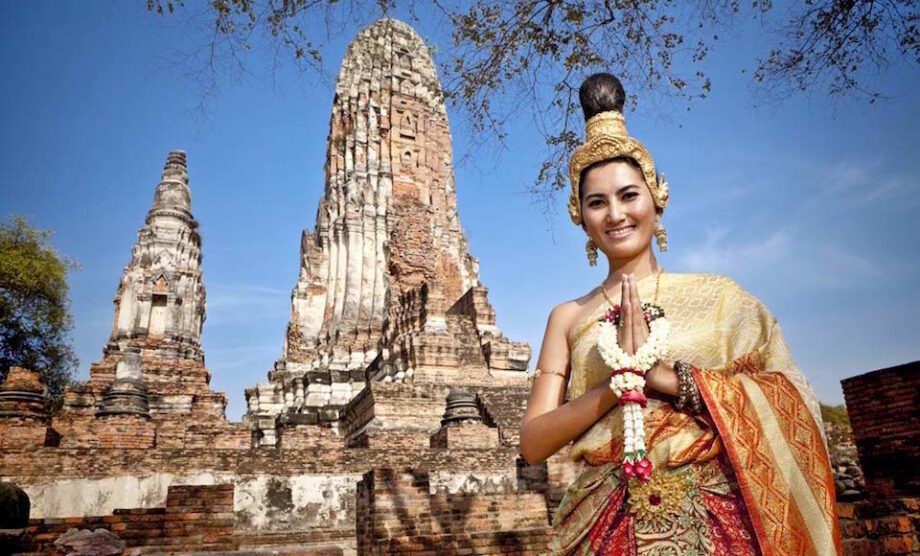 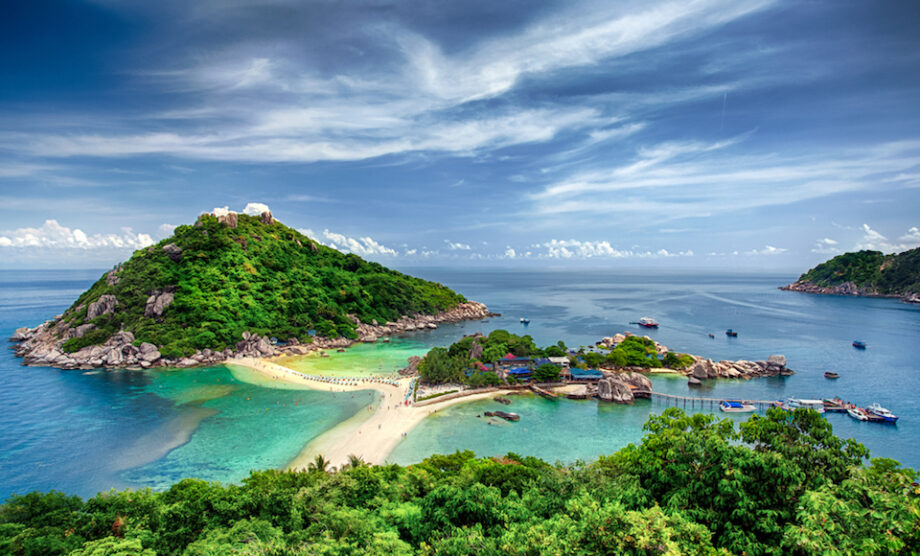 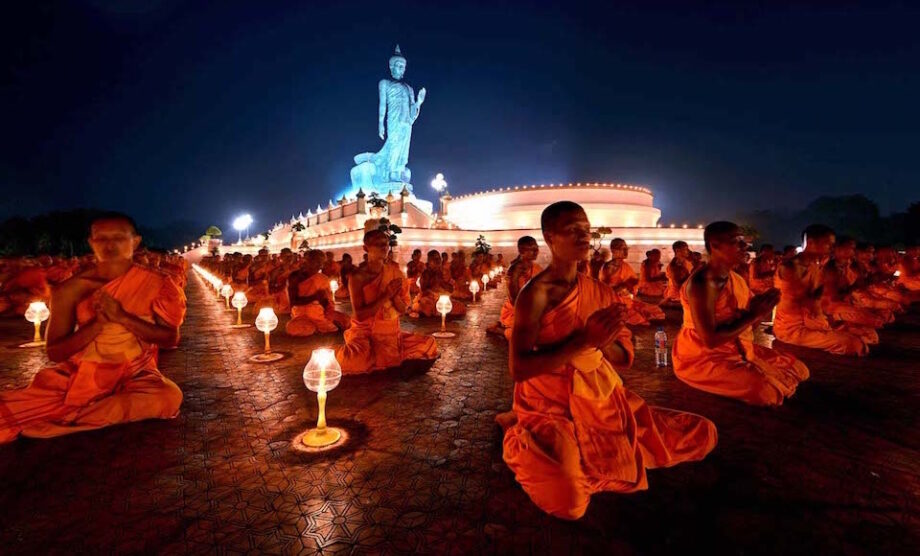 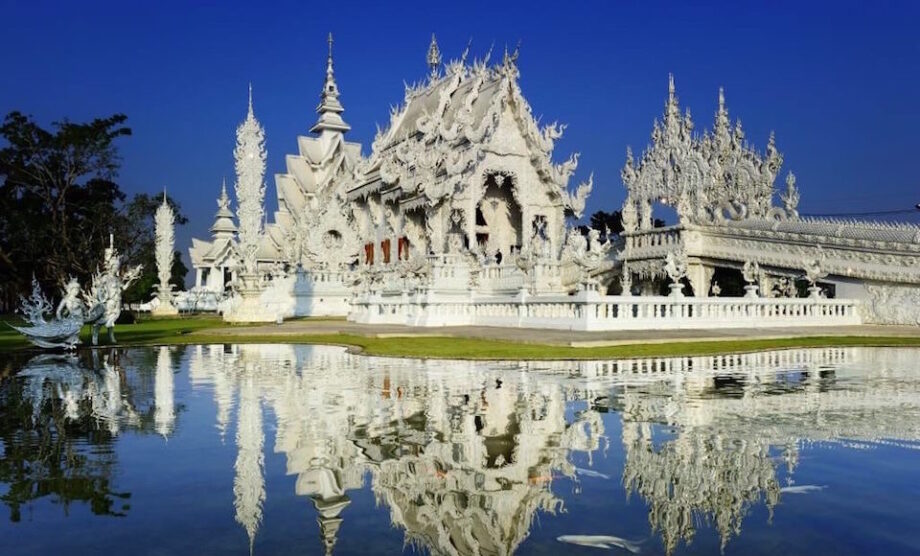 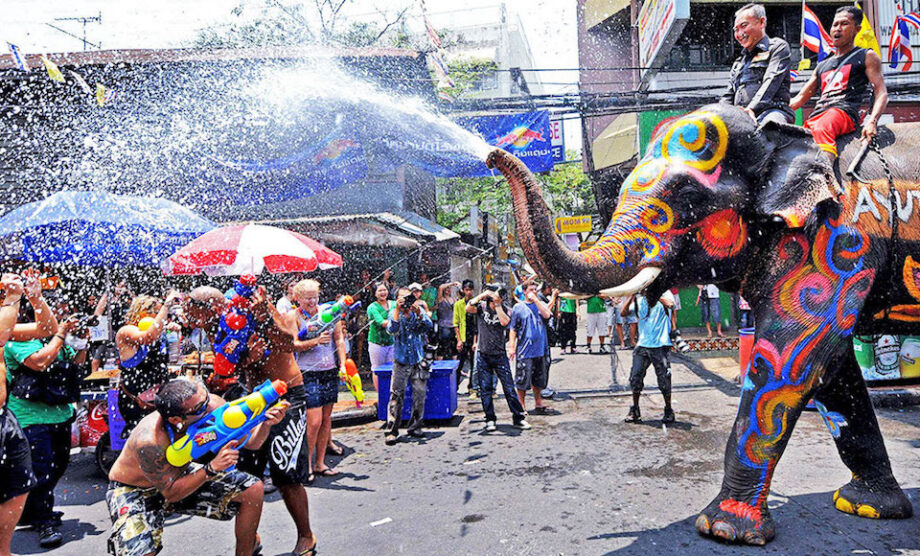 The “Land of Smiles” 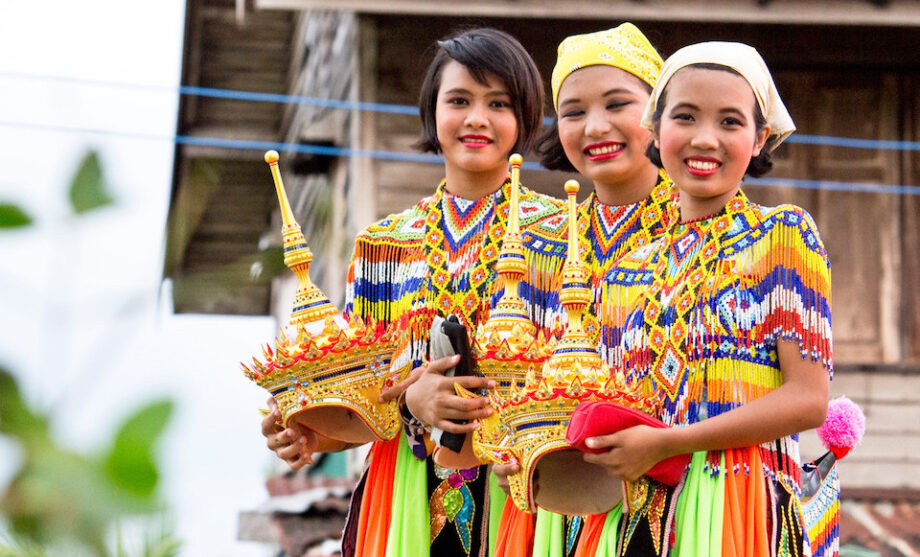 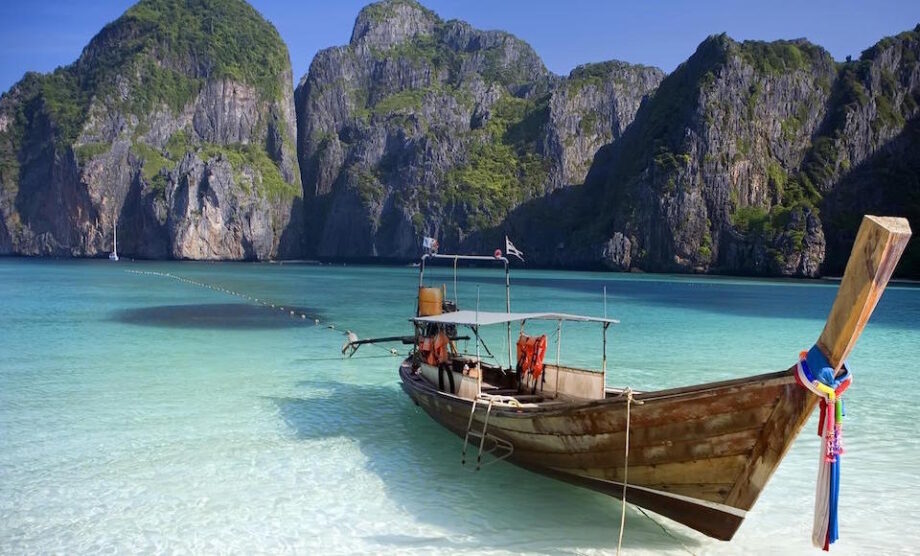 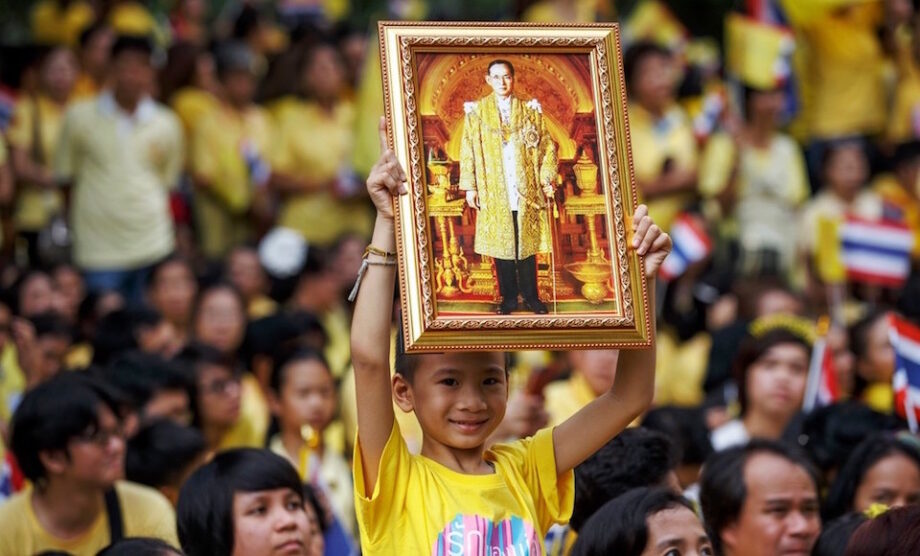 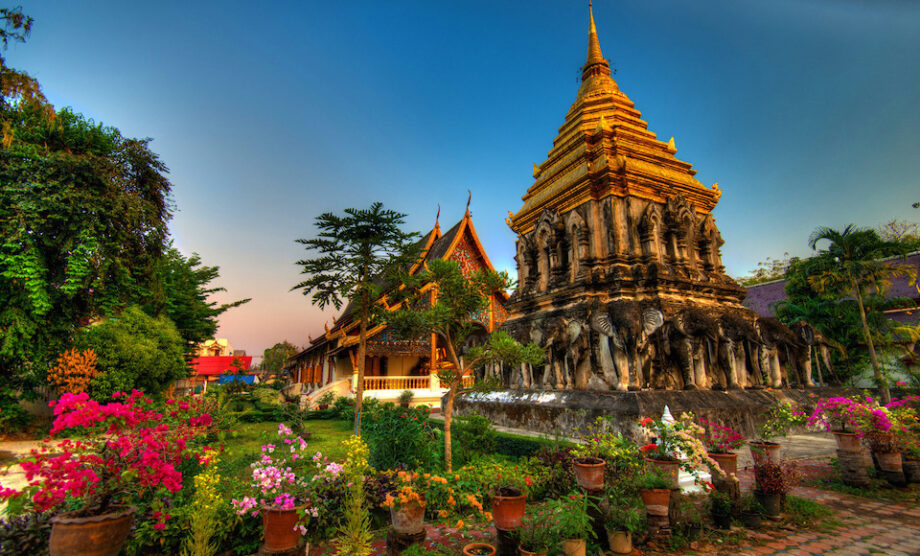 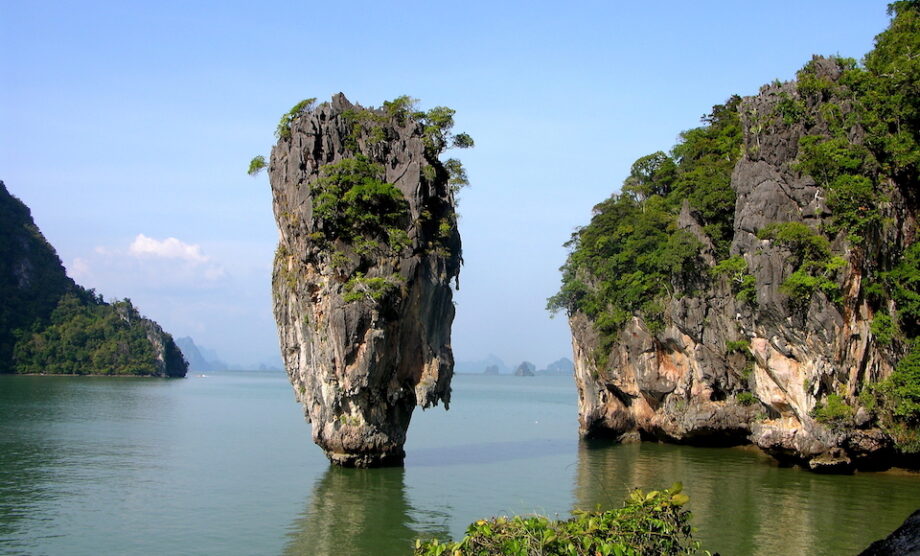 Greeting monks with the wai 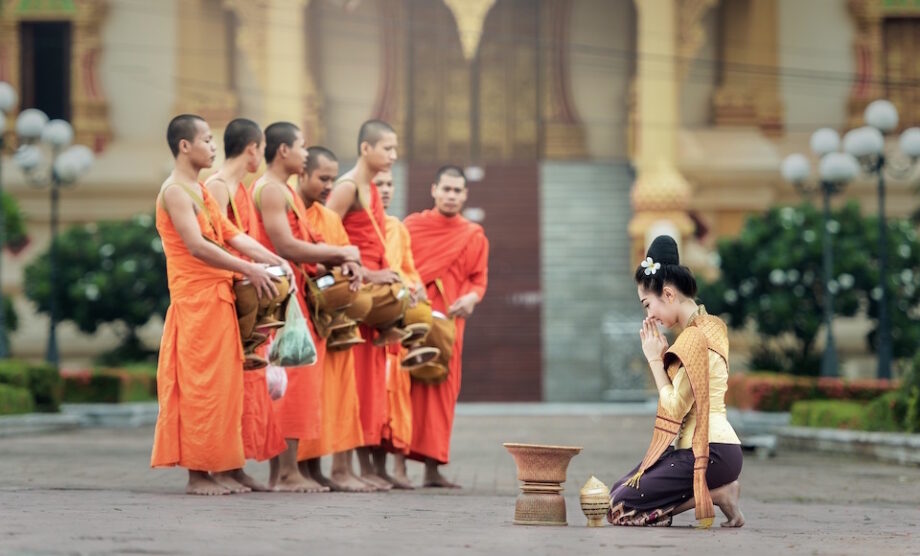 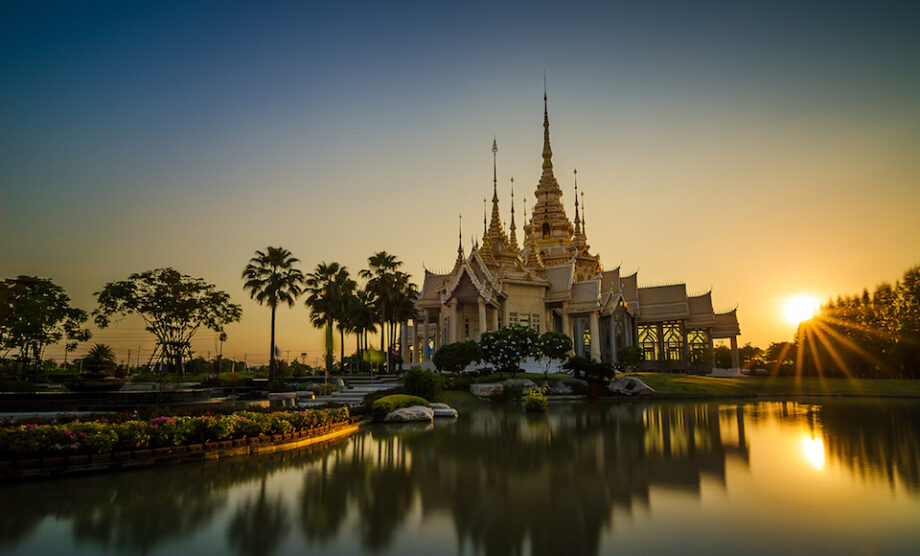