Taiwan is one of Asia’s more progressive countries which balances its Chinese heritage with two middle fingers raised at communist China. Sandwiched between the Philippines and China, you’d be hard pressed to believe there’s anything cool and crazy to do in one of the region’s safest countries. Well you’d be wrong. We give you, 8 things to do in Taiwan.

From eating penis ice cream to going to a toilet restaurant, Taiwan is the master of piss taking and not taking itself too seriously.

As we take you off the beaten path, these are the eight craziest things to do in Taiwan. 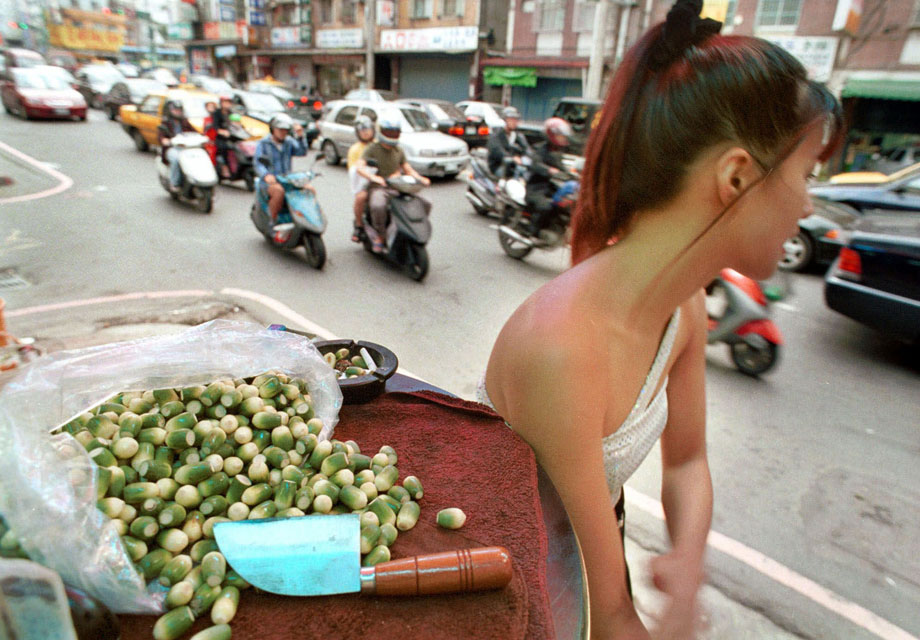 Get High From A Betel Nut Beauty

Half naked women sitting in neon-lit glass cubes on random highways may seem suggestive at first, but don't let your eyes deceive you - these ladies are business women who are legally selling betel nuts, an addictive tobacco substitute which gets you 'happy'. Deemed the Betel Nut Beauties, these women smile and wave at men in passing cars as a means of attracting their business. The nuts themselves will make your teeth black but it's the beauties who sell them that have garnered world-wide attention. 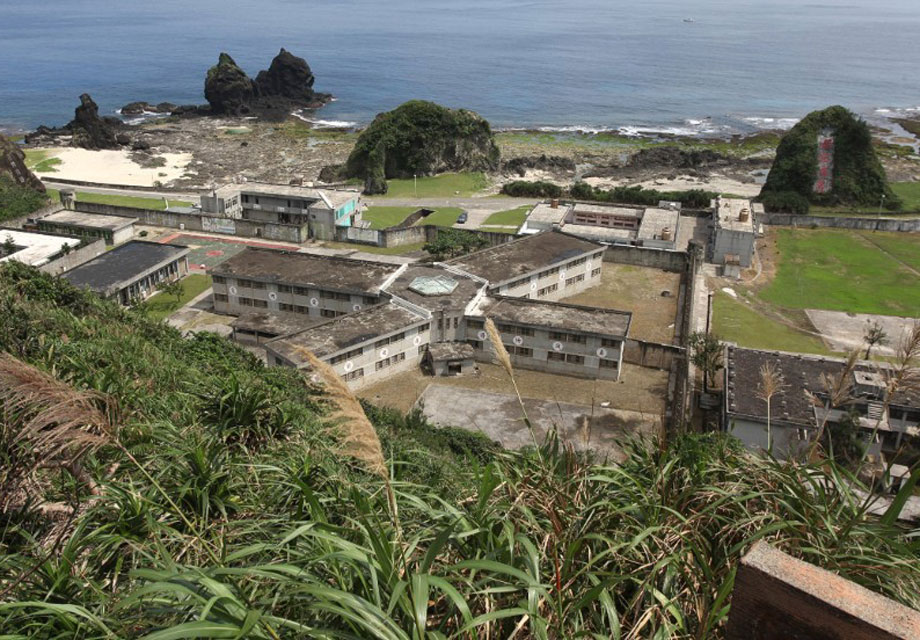 Green Island sits just off the southern coast of Taiwan and is reportedly haunted as hell. That's why tourists love it. The buildings there used to house a penal colony for political prisoners. The region itself witnesses many deaths during the White Terror period of political suppression between 1949 and 1987. Make sure you swing by at night for extra creep factor. 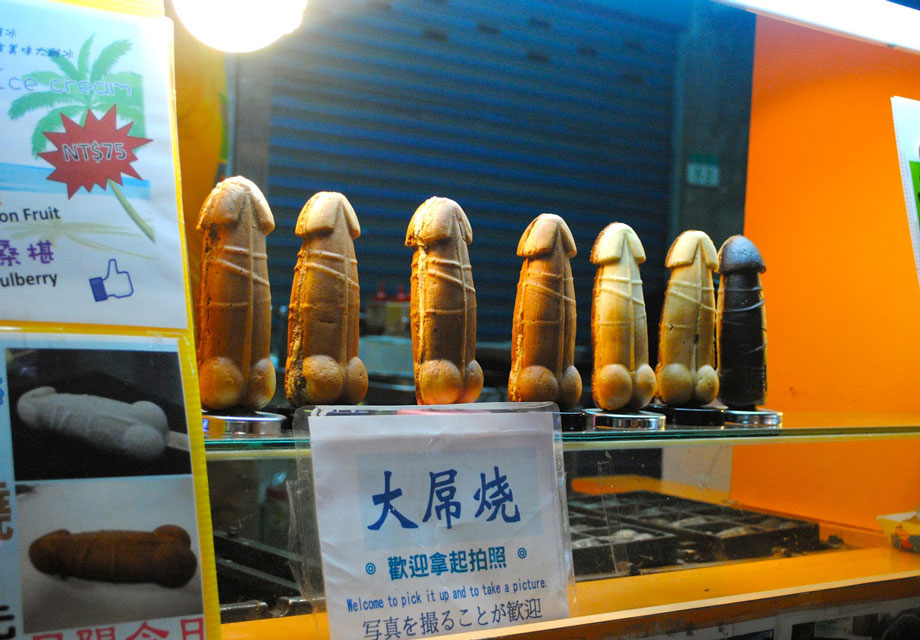 Those are some words you never want to see together in the same sentence. Taipei's night food markets are home to some of the world's quirkiest foods and the penis moulded waffle and ice cream is one of them. Simply look where the crowds of young lads and giggling girls are and the penis will present itself to you. Endless selfies of customers deep throating ice cream penises is encouraged by the store owners. 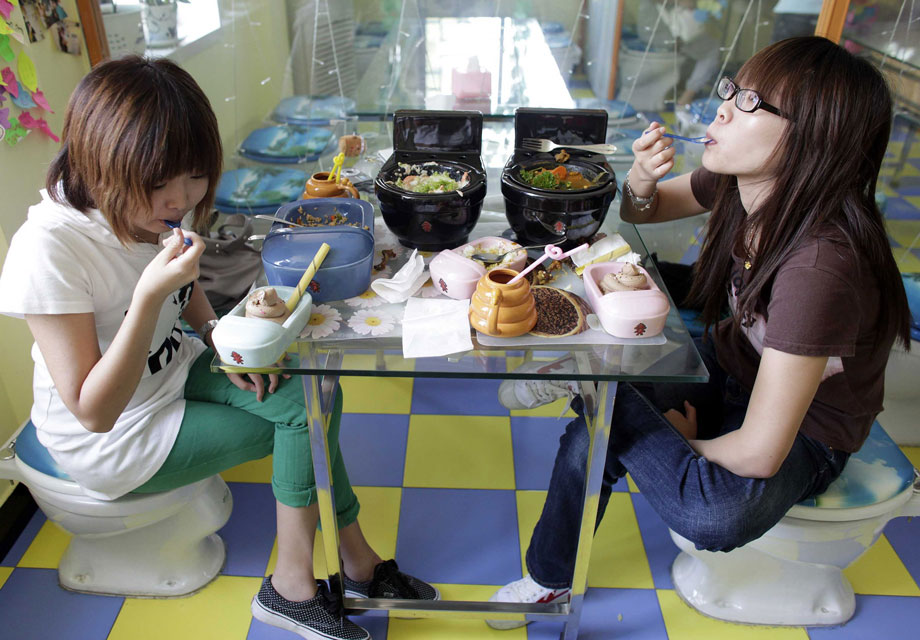 Dine At The Toilet Restaurant

This one is known by pretty much everyone but it doesn't make it any less weird. International cuisine such as curry, pasta, rice and generic dishes of mediocre quality are served out of toilet bowls. Literally toilet bowls. Not used ones mind you, but still, whoever came up with the idea that shitting and eating was appealing must be crazy. The restaurant is a hit amongst tourists and date makers. 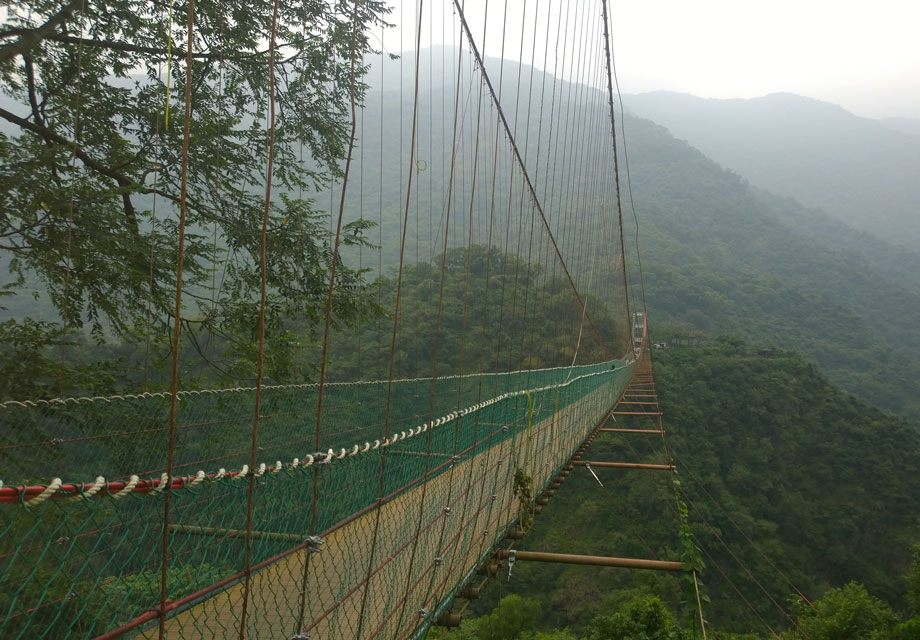 This is Taiwan's historic Maolin Bridge, used to reach Duona village during the times of Japanese occupation. It's also scary as hell to walk over due to the high winds the area sees and the 103m drop below. The bridge itself is 232m long so if you get scared half way through, you're pretty much screwed. The bridge looks a bit more sturdier now after its refurbishment in 2015. Only 100 people are allowed on the bridge at any one time and Indiana Jones moments are highly discouraged. 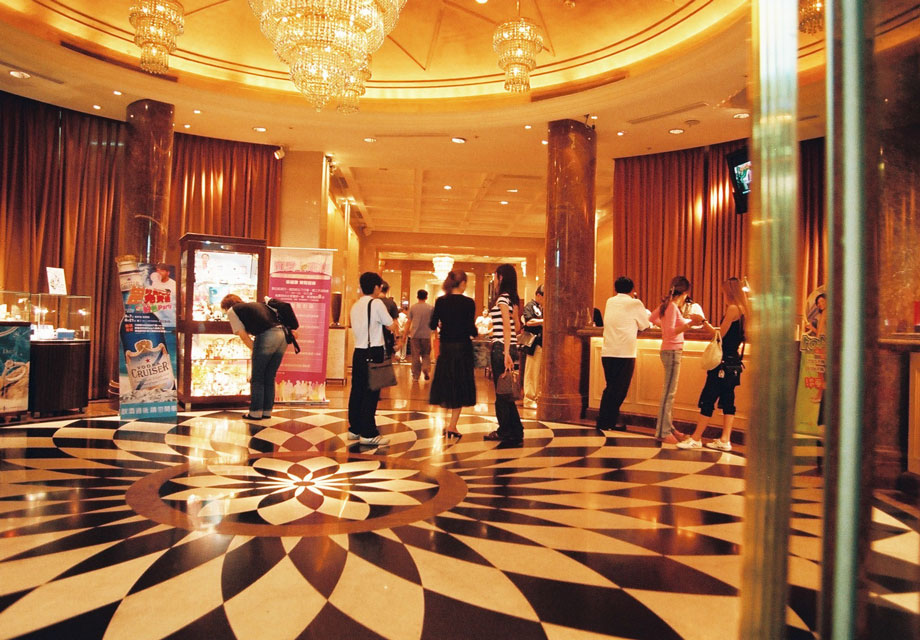 There's this weird thing with Asians and their Karaoke. They just love it for some reason. In Taipei these type of people are well catered for with 24 hour Karaoke bars that boast 5 star luxury services. Some even span 12 floors just like a hotel. 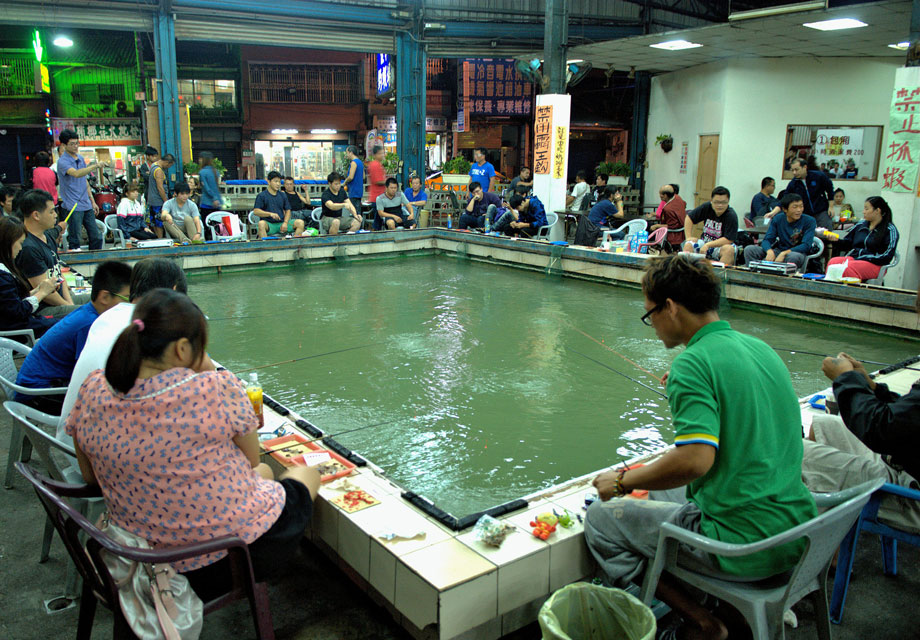 A past time for Taiwanese locals is the sport of shrimp/prawn fishing. We don't mean go to a lake or sea kind either. Live shrimp are constantly added to large pools where people can come in, pay a fee, pick up a rod and fish the night away down the road from the local pub. And yes, you take your catch home and eat them. Friday and Saturday nights see these places pumping with hardcore shrimping revellers. 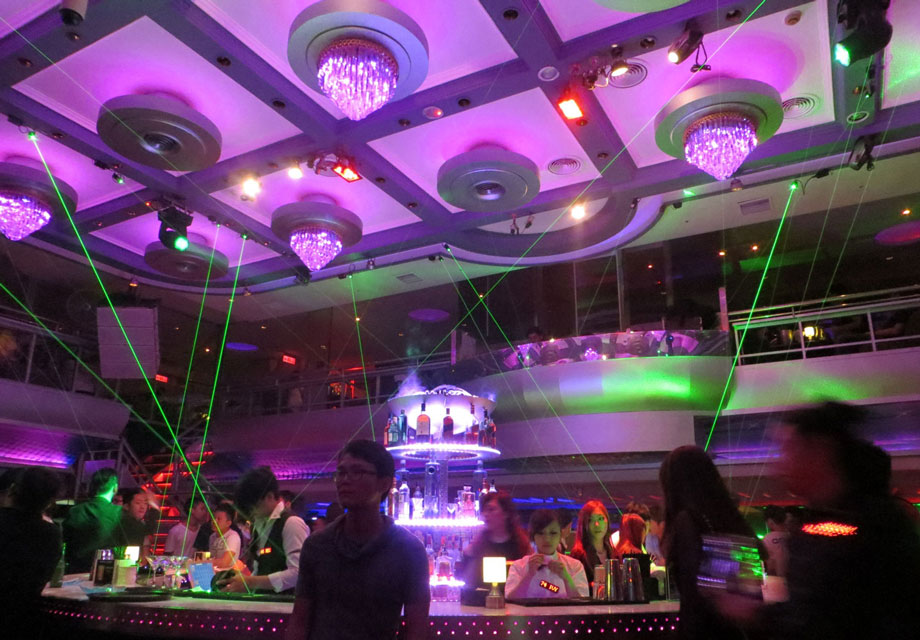 There's a pretty hip bar in Taipei called 'Fucking Place'. We're not sure how angry patrons get in there but it's cool when you're telling your friends over the phone where you are. It can also go awry when you tell your partner where you were last night with the boys.