The majority of watch aficionados aspire to have at least one Rolex in their horological collections. The Swiss watch brand is, without doubt, the most famous maker of luxury watches worldwide, known for impeccable build quality, rock-solid movements and handsome aesthetics.

With such demand for Rolexes, naturally, comes higher prices, putting them out of reach for some. However, all is not lost as American watchmaker Timex has just dropped yet another Rolex alternative that is too good to pass up. 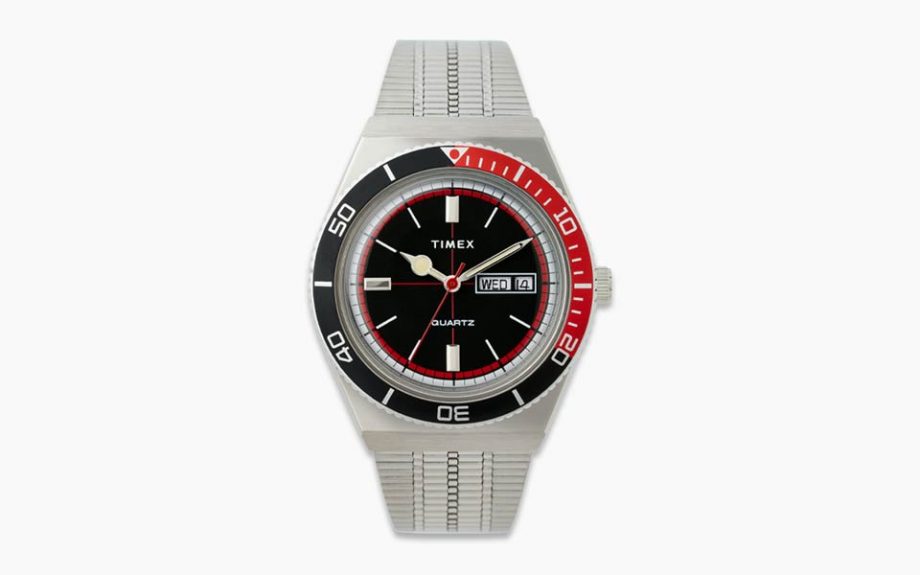 Launched in collaboration with outdoor gear specialist retailer Huckberry, the latest Timex – another addition to the brand’s ‘Q’ series of reissues which have previously taken inspiration from Rolex designs – has been designed to resemble the Rolex GMT Master II ‘Coke’ through the implementation of a black and red dial and bezel combination. Timex’s model is referred to as ‘Cola’, which we presume is for legality purposes.

It features a quartz movement and the now-familiar woven stainless steel bracelet. INDIGLO lume applied to the hands and hour markers make it easy to read in the dark and you also get 50-metres of water resistance.

The Rolex GMT Master II ‘Cola’ was first released with the reference 16760 and was available between 1983 – 1988 and re-released it as the reference 16710 between 1989 – 2007. This reference was also available with the ‘Pepsi’ blue and red bezel and a black bezel too. The ‘Pepsi’ has proven to be far more popular than the ‘Cola’ and is regarded as one of the most sought after models, which explains why you now need to pay around double its original retail price if you want to secure one for yourself.

Huckberry says it was designed from a blank canvas, “drawing on military style and 70s and 80s design.” But we all know where the real inspiration came from.

This Timex ‘Cola’ is only available at Huckberry so head there now to grab one for yourself.