Accessories might seem small and insignificant, but it’s a small part of your overall game that you can’t really afford to screw up.

Ties, in particular, are the focal point of any suit. It’s often the first thing people notice and something your peers judge pretty heavily, if they’ve already glazed over your scuffed shoes and combover. Getting it wrong can turn you into ‘that’ guy quick smart.

The following ties are sartorial atrocities that absolutely kill your game. These bad boys might just be the roadblocks keeping you from winning that promotion, pay rise, or attention from that girl you fancy at the office Christmas bash.

And because we like to burn ugly things here at the D’Marge office, matches or a flame thrower are the first step in reclaiming your tie-life. Ready, fellas? 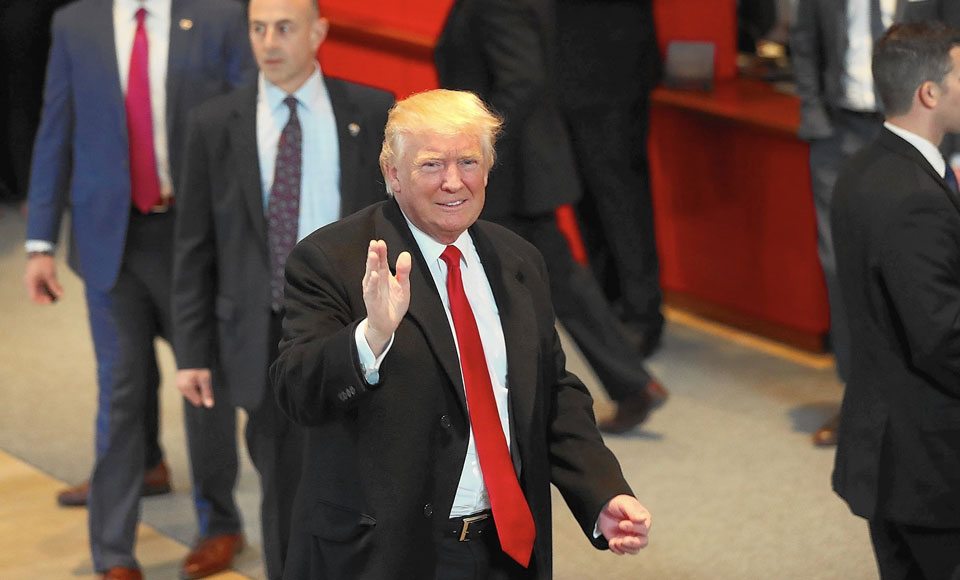 The Donald is all about power: power suiting, power comb-overs, power fake tan. His ties are no exception. The Trump belongs to a broad category of ties favoured by the political class. These numbers are fat, shiny, usually tied in a plump Windsor knot, and long enough to get caught in the wearer’s belt.

It doesn’t matter if these well-remunerated chaps wear Brioni. These ties make you wonder if they got their ties for high school formal and none since.  They probably think it communicates influence, but it only communicates poor taste and the necessity of a personal stylist.

The IT Guy Tie 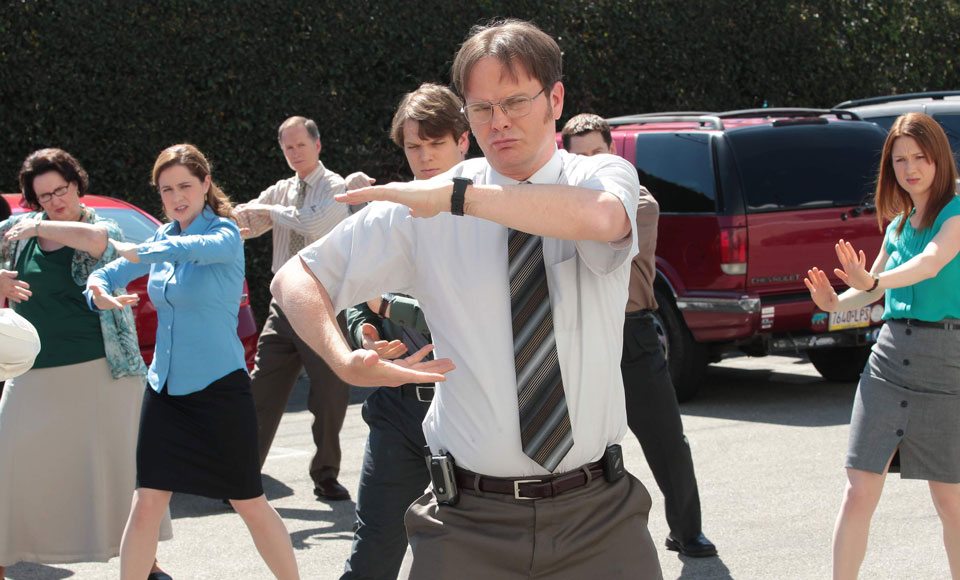 Let’s be honest. The IT guy’s way with technology is rather heroic. But his style is usually not. Kept shut up in some unknown part of the building, the software connoisseur often comes to work looking like he’s just spent the night watching re-runs of ‘Star Trek’ – with a the merchandise to prove it, strapped securely to his white shirt.

Stating the obvious, the cartoonishness of the novelty tie adds immaturity to a sophisticated suit. And, it isn’t even appropriate for ‘casual Fridays’. A ‘Star Trek’ tie may be done in jest, but  – trust us – no-one is laughing. 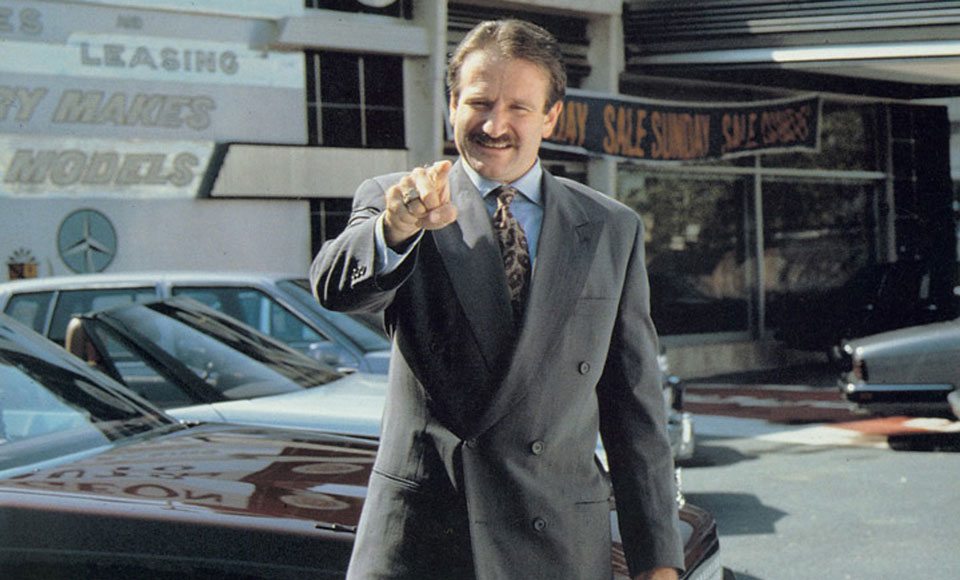 We’re not ones to disparage a man’s profession – gotta do what it takes to put food on the table – but there’s plenty of salesmen out there who aren’t helping themselves by dressing like they’re a walking oily handshake.

The Dodgy Sales Guy Tie is usually the same colour of lollies you’d find in the bottom of a showbag. In a sickly variation of purple or pink, they put ‘a pop of colour’ to shame and look like something you’d get in a budget wedding party suit package.

The only tangible advantage of this tie is that it informs you that you’re dealing with a bit of a weasel before he shakes your hand and flogs your money. 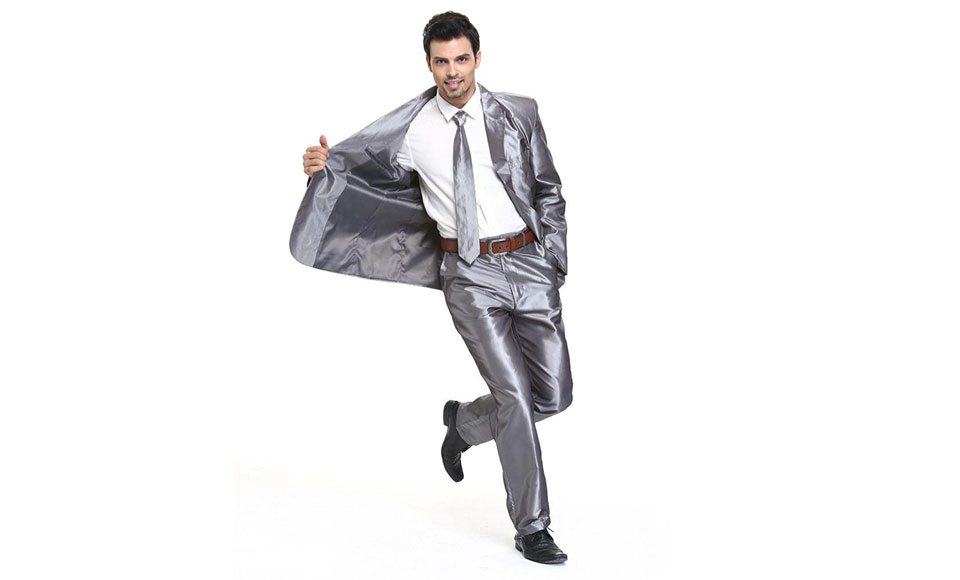 Of all sartorial crimes, renting your clothes is pretty close to the top. Similar to the Sleazy Sales Guy, The Rental is usually made from polyester so shiny you wouldn’t feel out of place brushing your teeth in the reflection.

They’re either so fat that old mate Trump would think you’re pushing it, or so skinny that there’s almost no point in wearing one to begin with.

Worst of all, the tie has probably been worn by dozens of other cheapskates who can’t be arsed investing in a respectable wardrobe. It’s a disreputable brotherhood that men of integrity and character avoid at all costs. 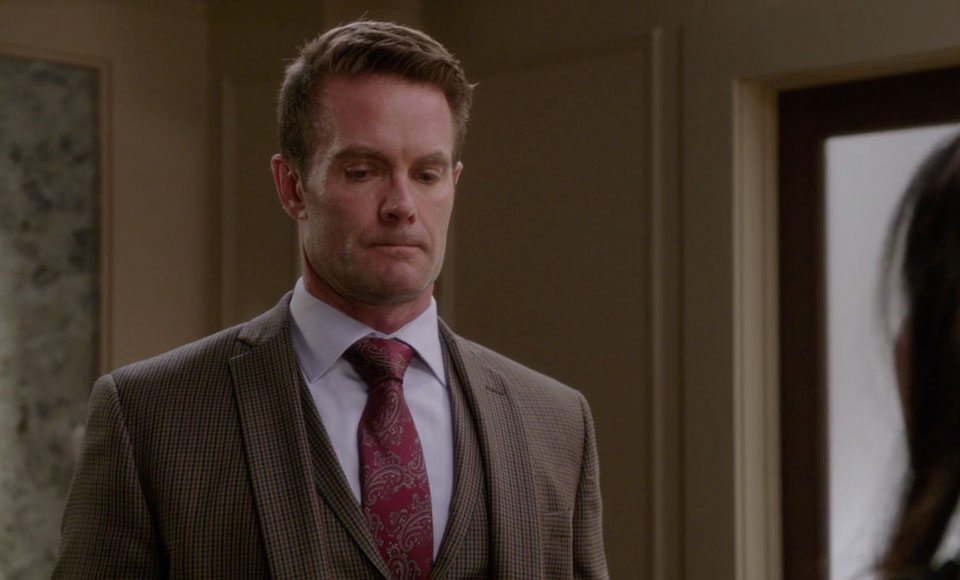 The Retro tie usually belongs to one of those insufferable douchebags that can’t possibly fathom wearing anything from this century.

These usually come from op-shops or vintage markets, and have either a hideous paisley pattern that was unfashionable in its day, or a weird geometric print that reminds you of that time you took acid.

They’re never well-made, and the fact that they cost two bucks doesn’t count. And unfortunately, champ, no one really cares if your ties are authentic wares from a decade you never experienced. 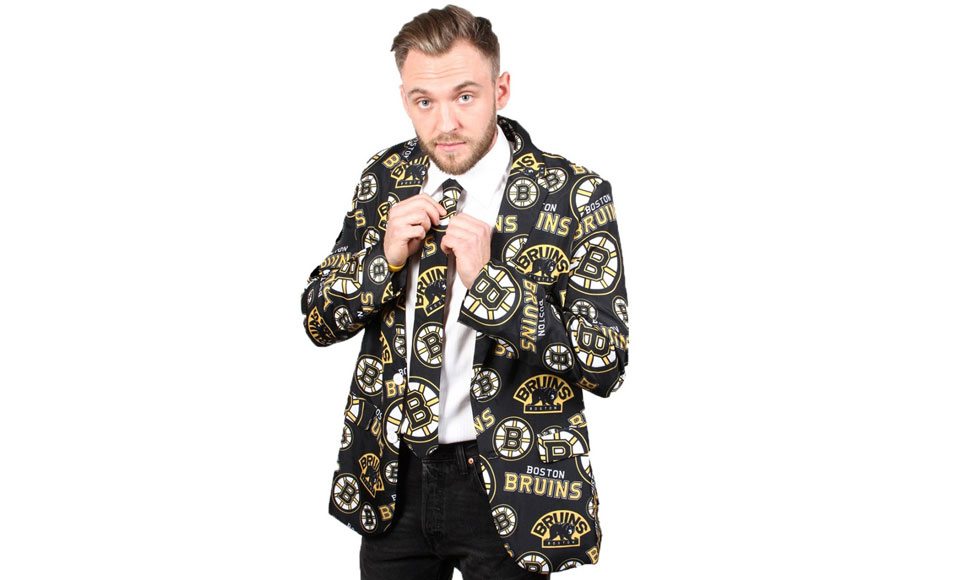 Sometimes a new or unusual tie can smarten up your look and put a little something in your step. The Novelty Tie, a close relative of the IT guy, is when guys take it too far.

Out in the wild, we’ve found that The Novelty/Funny Tie is printed with things that aren’t associated with the norms of menswear. Think piano keys, musical notes, puppies, mountain ranges, whatever. And you know what, gents? None of it looks good.

The usual suspects here are guys terminally stuck in middle management. Our psychology team is developing a working hypothesis, but we think it comes down to being a bit of a dud and hoping a funny tie will stop people from noticing. 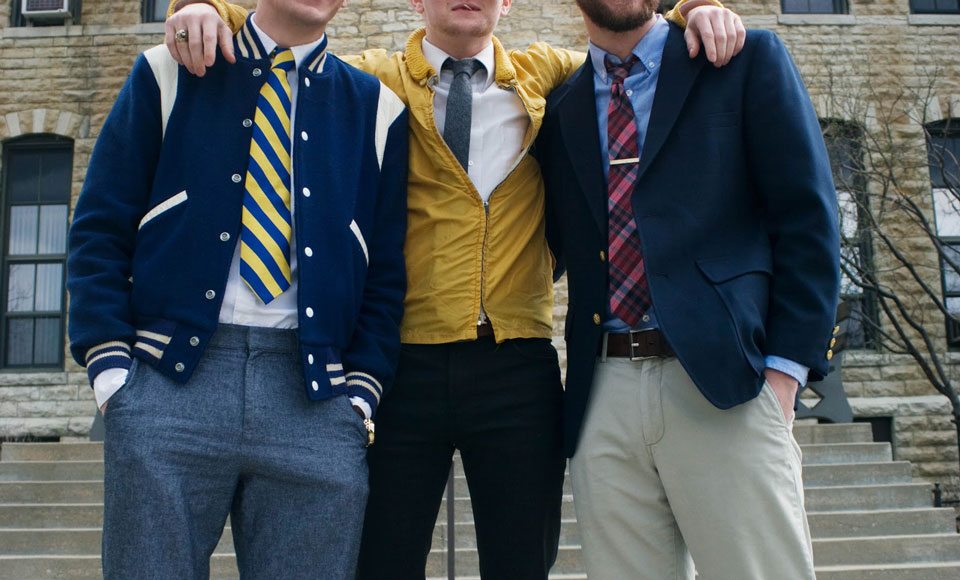 For most of us, school is a distant memory where no one was at their best. But some guys never really left their boarding house or rowing club, and their ties are a stark reminder of their allegiance to the past.

The school tie, with its chunky stripes and stale colourway, leaves us baffled. We still can’t quite figure out why someone would spend five years conforming to a uniform, to then enter the ‘real’ world and get dressed just like they’re at year ten roll call.

Think of it this way. Corporate guys don’t have many opportunities to personalise their wardrobe, and their choice of tie is usually the best they will get. So why not bin the private school stripe for something that’s a bit more you, and a bit less Old Etonian. 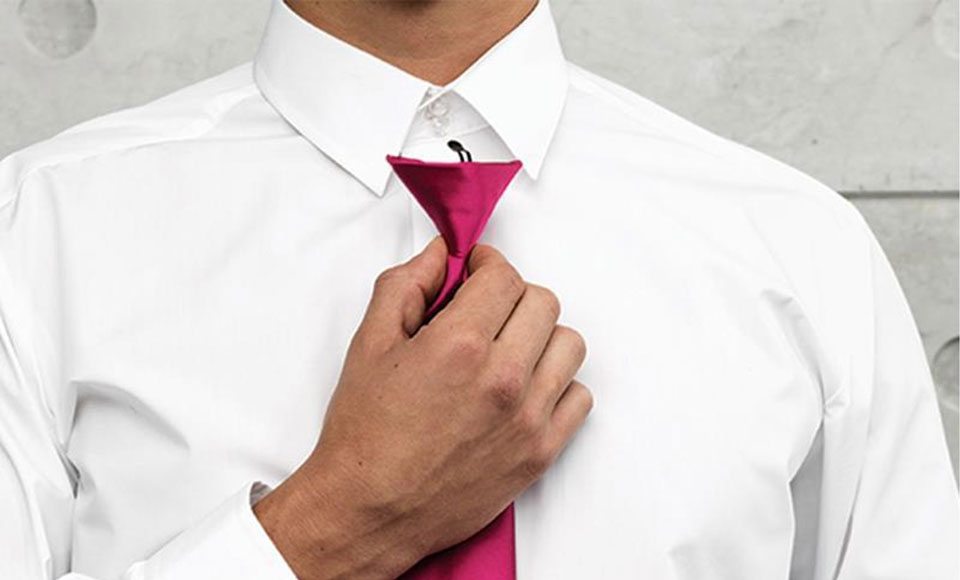 In true fashion, we’re saving the best/worst to last. The infamous clip-on doesn’t need much of an introduction.

Sure, one of these bad boys might save you precious minutes in the morning and only cost a couple bucks, but those advantages are chump change compared to everything else it says about you.

The clip-on says you’re getting comfortable with not making an effort anymore. In fact, if you wear one of these it’s likely you’re the laziest bastard to grace your office space. And how hard can it be?

Take two minutes out of your day to relearn the simple art of tying a four-in-hand. You won’t miss the time you ‘lose’ every morning, and maybe your colleagues won’t call you Homer behind your back anymore.

Tight Clothes Are Suffocating Your Masculinity

How To Wear Sneakers & Look Damn Fine At Every Occasion