The Land of the Free has long provided us with endless iconic monuments of mass consumption. From mass-produced coffee to iPhones to pictures of Kim Kardashian’s arse, there’s no denying that the Yanks simply like to do things differently in pursuit of innovation. Their motoring heritage of weird American cars is no different.

Today we’re taking the back seat to explore some of the coolest and strangest automobiles to ever roll out of Uncle Sam’s garage. Buckle up y’all. 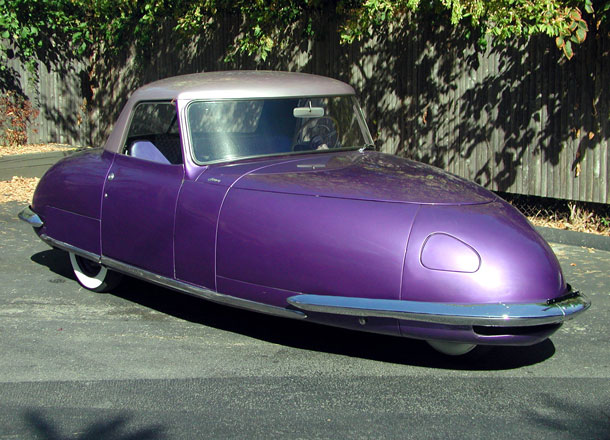 Little known car maker Davis no longer makes cars today, but during its time in operation between 1947-1949, it managed to muster out a grand total of seventeen cars. Their production car, the Divian, has three wheels, 63hp and looks like a rolling groin protector. Still, you can’t deny the two-seater convertible’s cool factor.

The Divian was the brainchild of used-car salesman Glen Gordon Davis and was based on a custom three-wheeled roadster built by race car designer Frank Kurtis for a Southern Californian millionaire. 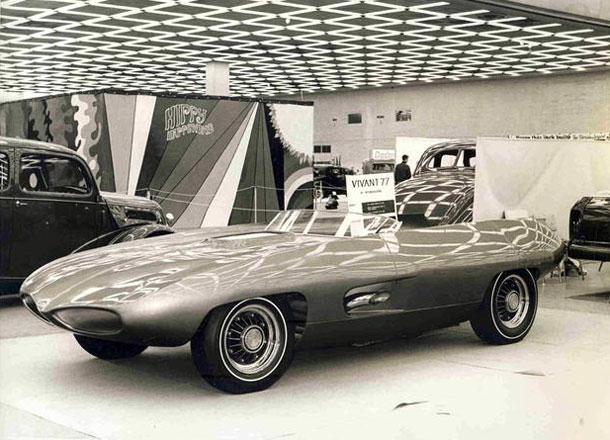 When an American Pontiac engineer decides to build a car in 1965 with the help of three British panel beaters in need of a job, the Viviant is the sleek result. Adams was fresh out of college at the time and was inspired by Alfa Romeo’s B.A.T. concept cars from the years gone by. It’s also important to note that the Vivant actually received no official assistance from Pontiac as it was Adams’ own side project.

This meant the car’s chassis was built entirely of spare Pontiac parts sourced from a junkyard before being assembled in Adams’ garage. A Pontiac V8 motor that Adams bought on the cheap from his employer powers this sleek rider. The bad news: There is only one in the world as Adams sold it off to settle a debt. 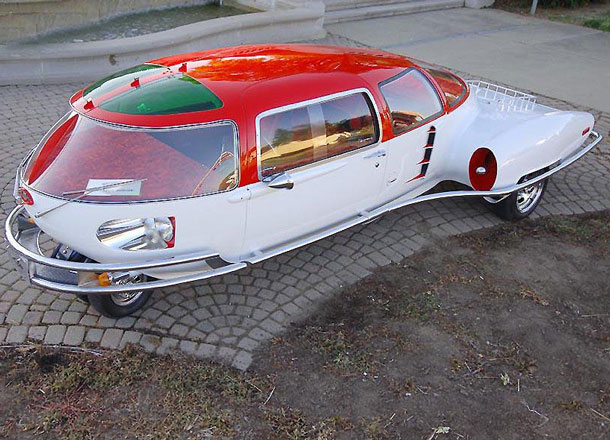 Talk about the epitome of weird American cars. There are officially five 2DRs rolling on roads in the world somewhere, so we’re considering it a production vehicle. The ridiculous looking three-wheeled car inspired by the jet age isn’t just oddball in its aesthetics though. The car also sports unconventional features such as an electric motor power unit which the inventor claimed would introduce a “new manifestation of electricity”.

The tech specs on this car was a bit sketchy at the time, but today we know it’s actually powered by a Corvair 4-cyclinder motor. Groovy baby. 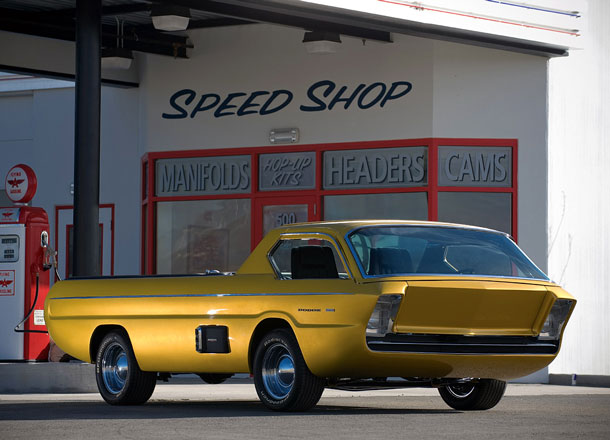 The Dodge Deora is a truly amazing concept car – namely because you couldn’t tell which end was the front. Notice the lack of doors? Passengers entered the vehicle by lifting a front hatch with the elongated nose acting as the car’s rear end. The truck was designed and built by Mike and Larry Alexander and authentically reflects the space-race era with its lunar transporter styling. 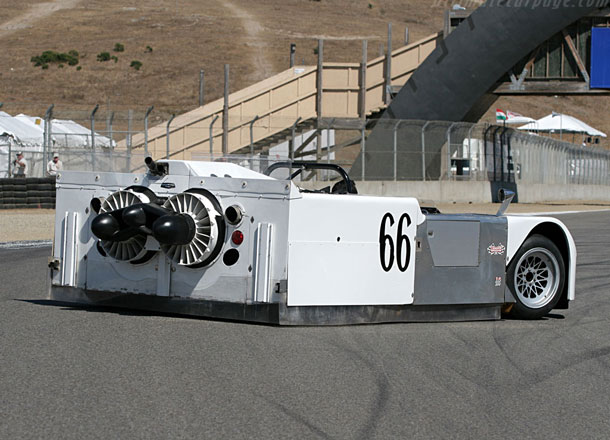 One of the most controversial race cars to come out of the Unites States that paved the way for banned F1 ground-effects technology is the 2J by Chaparral. It’s knick-named ‘The Vacum Cleaner’ for a good reason as the two 17-inch JLO fans built into the car would create a vacum under the chassis to ingeniously suck the car to the road whilst it was moving at speed – essentially reversing the effects of physics. This drastically improved the car’s downforce and handling, allowing the car to lap two seconds quicker than the rest of the field during qualifying. Mechanical issues ensured the car never saw the podium though. 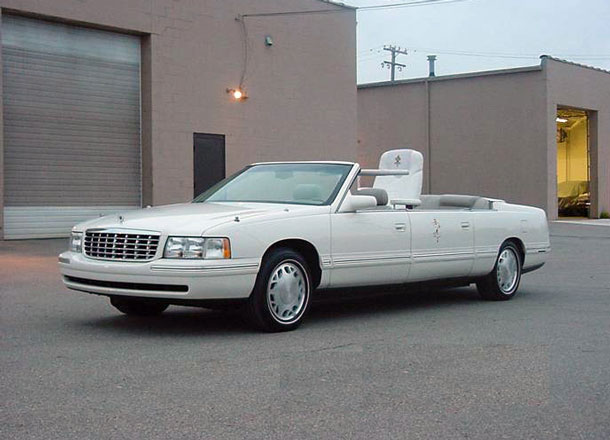 Built by the American company to protect the Pope during his 1998 visit to Mexico, this one of a kind Brougham is decked out with enough gear to make a King weep. No seriously, it has a fold-down passenger door that allows the Pope to step up to his throne and hydraulics that lift and raise the car for an elegant entry. It was not to be though as the Pope’s security team deemed it to be unsafe at the time. Still, it managed to get blessed by the Pope before it was officially retired. 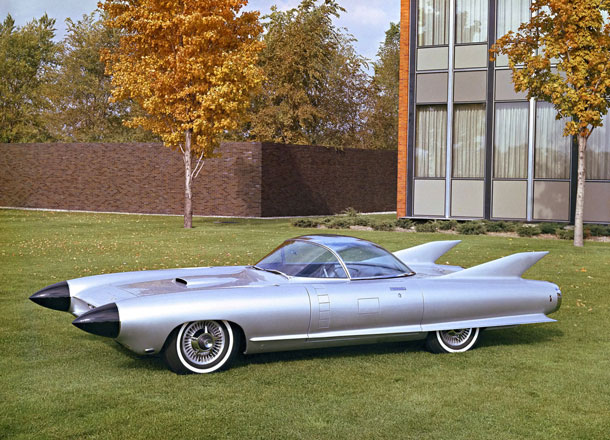 Taking Homer’s car design literally is Cadillac’s bubble car that looks like a watered-down version of the 1960s Batmobile. The car was built in 1959 and although it never saw mass production, it stood as a testbed for the maker’s futuristic designs and technology. Besides the obligatory V8 engine, the car also featured a radar operated crash avoidance system, with the radar sensors situated in twin nose-cones on the front of the car. Sorry, no missiles here. Just another one of those weird American cars. 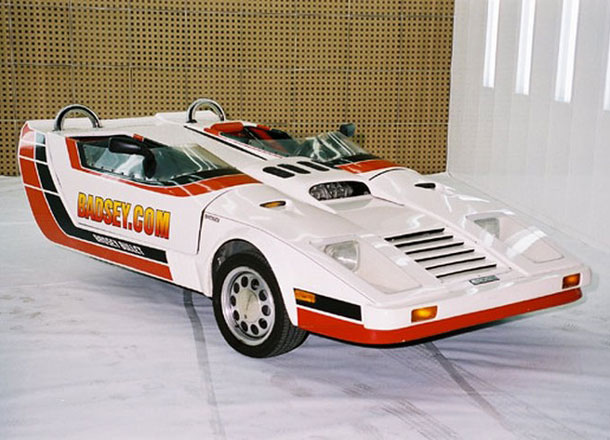 One of the very few three-wheeled cars to make it to production is the Bullet by Californian designer Bill Badsey. If it looks rather Back to the Future, it’s because it was created during the 1980s – a time when standing out for all the wrong reasons was a good thing. The production model was powered by a Yamaha motorcycle engine that gave it a 0-100km/h time of under 5 seconds – rather daunting considering you’re on three wheels with no roof. Records show that only 8 vehicles have been sold in the USA and South Africa. 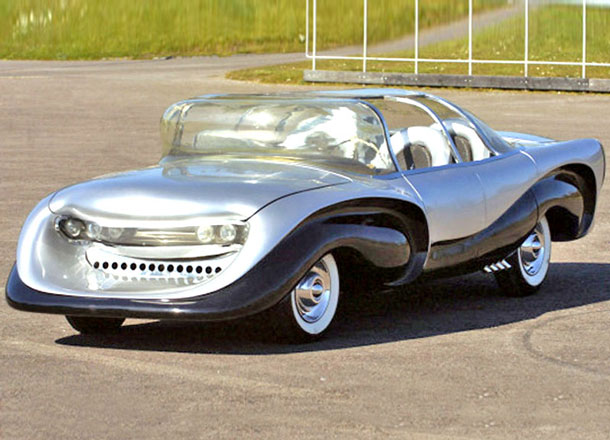 Deemed the ugliest car ever by most motoring historians, the Aurora Safety Car was a project by Catholic priest, Alfred A. Juliano.The car is built with a plywood substructure with a curvy fibre glass body, which Juliano claimed was resistant to dents, rust and corrosion.

Front impacts were also a non-issue as it had a gaping nose filled with foam – a feature that intended to safely scoop up pedestrians and cradle them to safety instead of onto the concrete sidewalk. The spare tyre also acted as a “crush space” under the nose. 5 Star ANCAP safety? You got it. 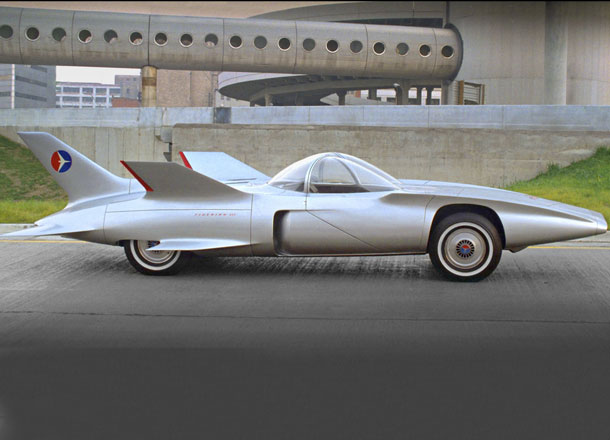 The Firebird III was GM’s first foray into space-aged car design. It’s special because it genuinely and literally takes aspects of flight design and applies it to the road. Harley Earl was the designer of the vehicle who conceived this gas-turbine automobile which includes twin bubble canopies, butterfly doors and a total of nine fins. Steering wheel is also flight-inspired with the replacement of Unicontrol joystick. Yes, like in Topgun. We do feel the need…for weird American cars.