The horrors of spam, poutine, and spray cheese are well-documented, but they’re not the only culinary curiosities North America has to offer.

Though the lands of stuffed moose hearts and deep-fried-everything at state fairs may seem innocuous to fellow Westerners, make no mistake: they have plenty of edible oddities to discover. Below you’ll find a collection of some of the weirdest eats in the US and Canada.

You’ve heard of comfort food. This is the opposite of that.

‘Oyster’ may be in the name, but you won’t find these bad boys in any seafood restaurant. Rocky Mountain oysters, also known as prairie oysters, are battered and deep-fried bull testicles served in the western regions of the US and Canada. The dish reportedly originated as cowboy fare, but today is most commonly found at festivals and sporting events. Several American states hold annual testicle festivals, and Eagle, Idaho, claims to have the “World’s Largest Rocky Mountain Oyster Feed” during its Eagle Fun Days.

Trust America to find a way to make salad unhealthy. Ambrosia is a variation on the traditional fruit salad, typically containing pineapple, orange segments, shredded coconut, maraschino cherries, marshmallows, and whipped cream. Other variations include yoghurt, pudding, Jell-O, cottage cheese, or sour cream, as well as other fruit options and crushed pecans. The mixture is refrigerated for a few hours or overnight before serving, often as a Christmas tradition in the South.

The nickname of this Alaskan snack says everything you need to know: stinkheads. Eaten by the indigenous Yup’ik people, tepa is fermented King salmon heads prepared by placing the fish heads and guts in a wooden barrel, covering it with burlap, and burying it in the ground for about a week. In modern times, plastic bags and buckets replaced the barrel, but due to the increased risk of botulism, stinkheads are now fermented directly in the ground in special burial pits. Once the bones have softened and the head has a mashable consistency, stinkheads are ready to be eaten as a pungent and putty-like mush.

Cajun chef Paul Prudhomme claims to have invented this over-the-top example of bird-ception: a chicken, stuffed inside a duck, stuffed inside a turkey. The thoracic cavity of the chicken and any other gaps are also filled, typically with a seasoned breadcrumb mixture or sausage meat. Some versions sport a different stuffing for each bird. And if the turducken is not extreme enough for you, you can cram the entire fowl package into a pig for maximum meatsurdity.

The Sourtoe Cocktail is, unfortunately, exactly what it sounds like: a drink seasoned with a severed, mummified human toe. Visitors to Canada’s Dawson City have enjoyed this outlandish libation since 1973, when the original toe was discovered and given new life as a garnish. The liquid can be whatever you like, but one rule remains the same: “You can drink it fast, you can drink it slow—but the lips have gotta touch the toe.” The toe must touch your lips if you wish to become a member of the Sourtoe Cocktail Club, which is an absolutely real thing commemorated with a certificate of achievement. Just don’t swallow. An ingested toe incurs a fine of $2,500.

Chitlins, more formally known as ‘chitterlings’, are not for the faint of palate or nose. The quintessentially Southern soul food dish is made from pig intestines which undergo a time-consuming and thorough cleaning process, then are boiled down, and sometimes battered and fried to finish. If you can get over the smell during cooking – which is exactly as bad as you imagine stewed intestines smelling – and smother them in the traditional condiments of apple cider vinegar and hot sauce, you may be able to enjoy this piece of Southern culinary history without hurling.

It stands to reason that, in a region populated by wild game, eating said game would be a wise move. We can also respect a commitment to minimising waste from any animal brought home from a hunt. That being said, jellied moose nose may be a step too far for weaker stomachs. This not-so-choice cut is served in Alaska and parts of Canada, where it’s boiled with onions and spices, stripped of its hair, boiled again, then chopped and tossed into a loaf pan. The final step is to cover it with a broth that sets into a jelly. Slice the loaf and serve cold.

Much like a hot dog, scrapple is a “spare parts” recipe. In fact, scrapple is pretty much what’s left after you’ve made the hot dog. The American Mid-Atlantic dish is traditionally a mishmash of pork scraps – like head, heart, and liver – and other trimmings combined with cornmeal, wheat flour, and spices. The mush is formed into what Wikipedia appetisingly describes as “a semi-solid congealed loaf”, which is then sliced and pan-fried before serving. Scrapple is usually eaten as a breakfast side dish, served plain or with a variety of sweet and savory condiments, or in a sandwich.

Geoduck is not, as it may sound, one of the original 150 Pokemon. Nor is it a duck, for that matter. This freaky and highly phallic critter is a large saltwater clam, native to the west coast of North America and pronounced “gooey duck”. The clam can live to be more than 100 years old, making it one of the longest-living organisms in the animal kingdom. Its leathery appendage can stretch up to a metre (3.3 ft) in length, and in culinary contexts is prized for its sweet flavour and delicate, crunchy texture. Geoduck is regarded by some as an aphrodisiac because of its blush-inducing shape.

This upper New York icon hails from Rochester, where it has confused tourists and clogged arteries at Nick Tahou Hots for decades. A Garbage Plate, according to a 2010 archive of the restaurant’s official website, starts “with a base of any combination of home fries, macaroni salad, baked beans, or french fries topped by your choice of meats and dressed to your liking with spicy mustard, chopped onions, and the signature Nick Tahou’s hot sauce. Each plate comes with two thick slices of fresh Italian bread and butter.” Essentially, pile on any old rubbish you like and prepare to be amazed and disgusted in equal measures.

The spicy stew known as ‘burgoo’ has been a Kentucky crowd-pleaser for more than 150 years. A fierce debate rages about the origins of the dish, and even about what exactly goes in it. According to the “Burgoo Song” by Robert Myles, “You can toss in almost anything that ever walked or flew.” In other words, any old thing you find rotting in the back of the refrigerator or decomposing on the side of the road is fair game, from venison and game birds to possum, raccoon, or squirrel. Mix your meat of choice with veggies, simmer for hours, then serve with cornbread to soak up the juices.

The New York Times described this delicacy as tasting like “a sinewy, half-starved tilapia.” If that soundsss ssscruptious, then head to the American Southwest for a heaping serving of fried rattlesnake. The venomous reptiles are skinned and served by boiling the meat off the bones, then dipping it in egg and coating it in a seasoning mix of salt, flour, and breadcrumbs. The meat is low in fat and calories, but deep-frying removes any hope of this serpent being a healthy snack.

No dolphins are harmed in the making of flipper pie, but we can’t say the same for seals. This traditional Eastern Canadian dish contains exactly what it says on the label: seal flippers, typically culled during the annual spring seal hunt in the provinces of Newfoundland and Labrador. Detractors call it cruel, but locals say it’s a sustainable, healthy source of protein. The meat is dark, oily, gamey, and apparently tastes similar to hare. Flipper pie is traditionally a home-cooked delicacy, but today can also be purchased pre-made at a grocery store.

Oreilles de crisse are a Québecois bite similar to pork rinds. The base ingredient is deep-fried pork jowls or fatback, but that’s not the odd part. For starters, the French name’s unpalatable English translation is “the ears of Christ”. For seconds, oreilles de crisse are typically served in cabanes à sucre (sugar shacks) in spring time and topped with maple syrup. To recap: pork fat, deep fried, doused in syrup, named after an appendage of a Christian religious figure. It’s not exactly your average midday snack.

Akutaq – also known as Eskimo ice cream – is found in parts of Alaska and Canada. Worlds away from Häagen-Dazs or Ben & Jerry’s, akutaq was traditionally made with whipped fat rendered from a polar bear, mixed with various native berries, seal oil, and freshly fallen snow – a high-calorie concoction that kept hunters healthy while on long expeditions in the challenging landscape. Recipes could also include fish, tundra greens, roots, and tallow from reindeer, moose, walrus, or caribou. Though it’s not the cool summer treat you’re used to, akutaq is a delightful reminder that no culture, no matter how remote, is immune to the appeal of dessert. 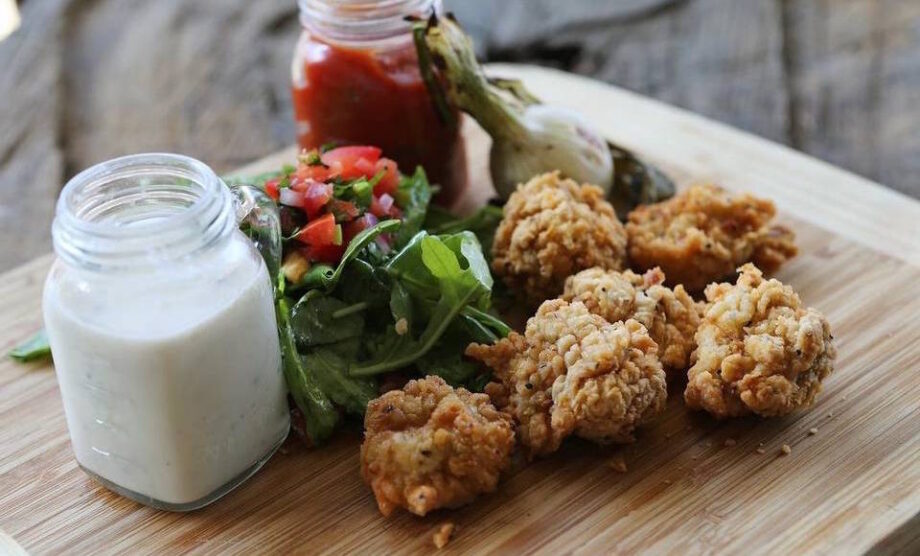 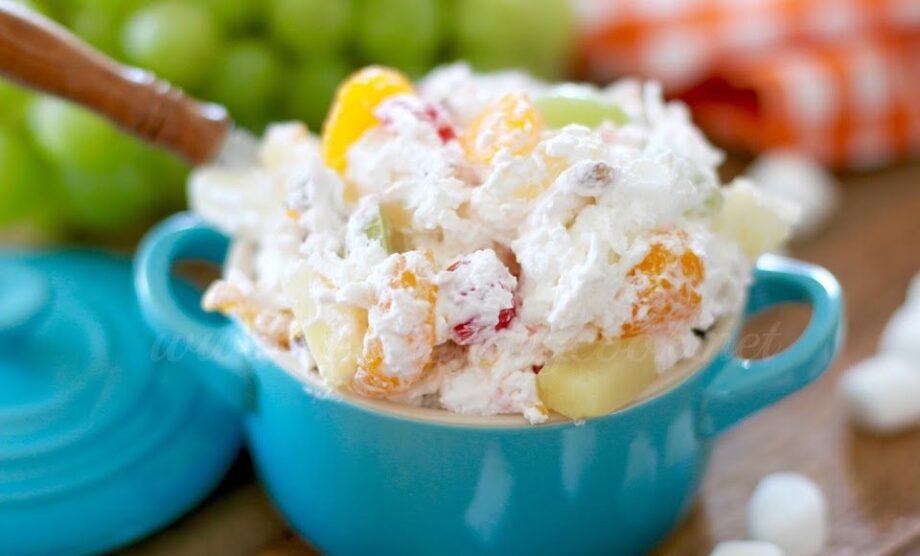 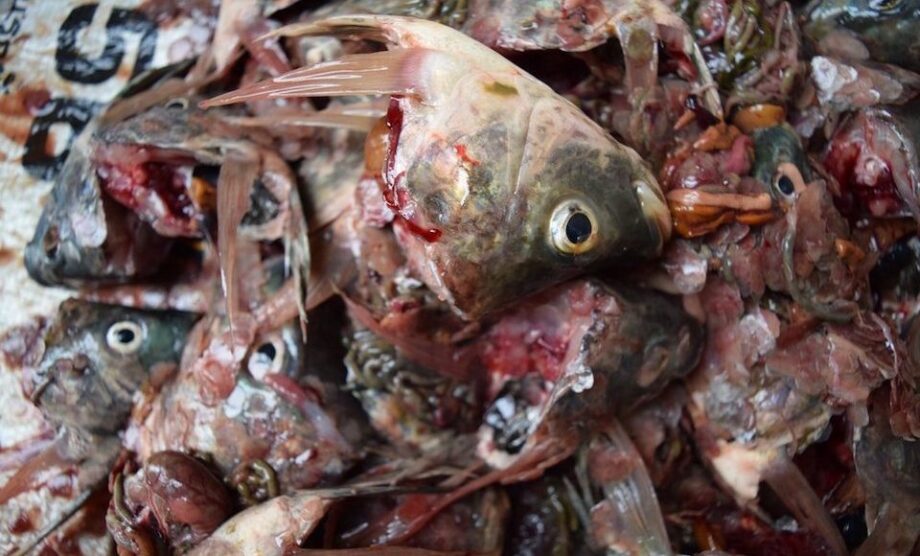 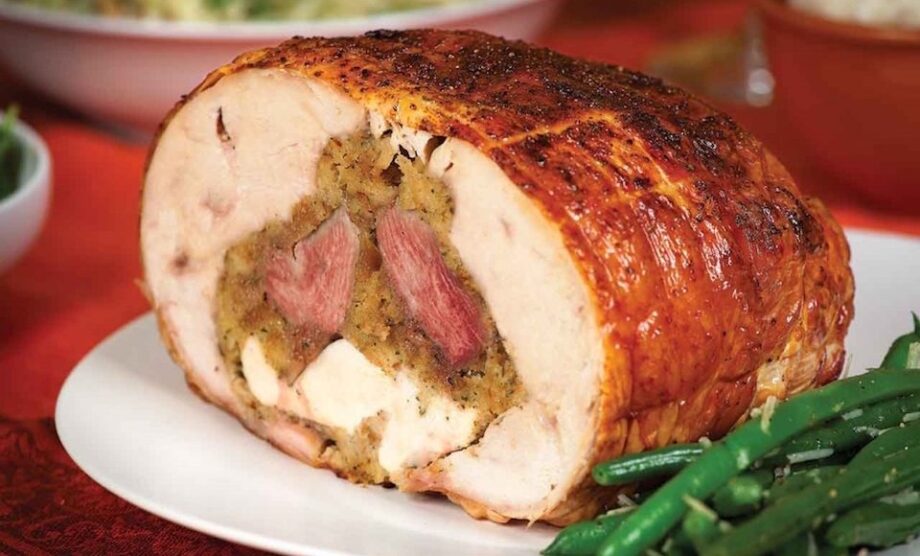 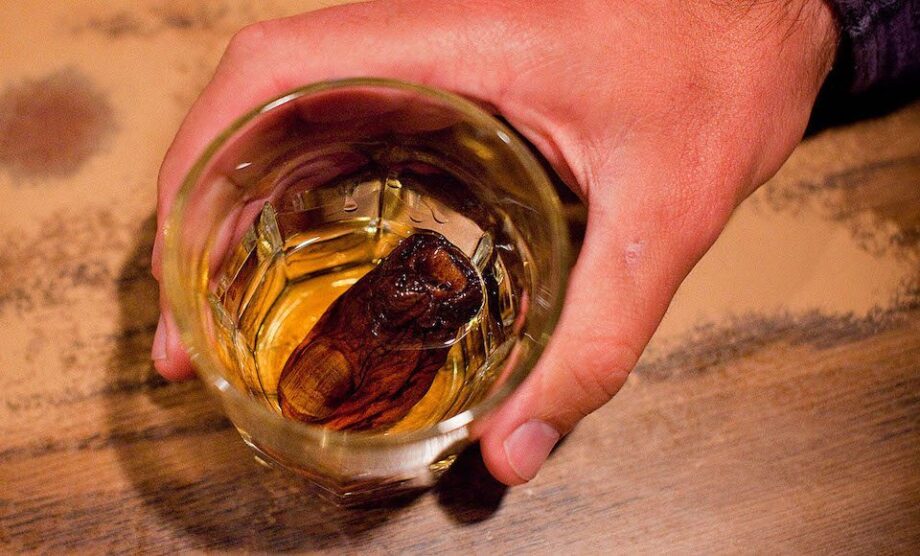 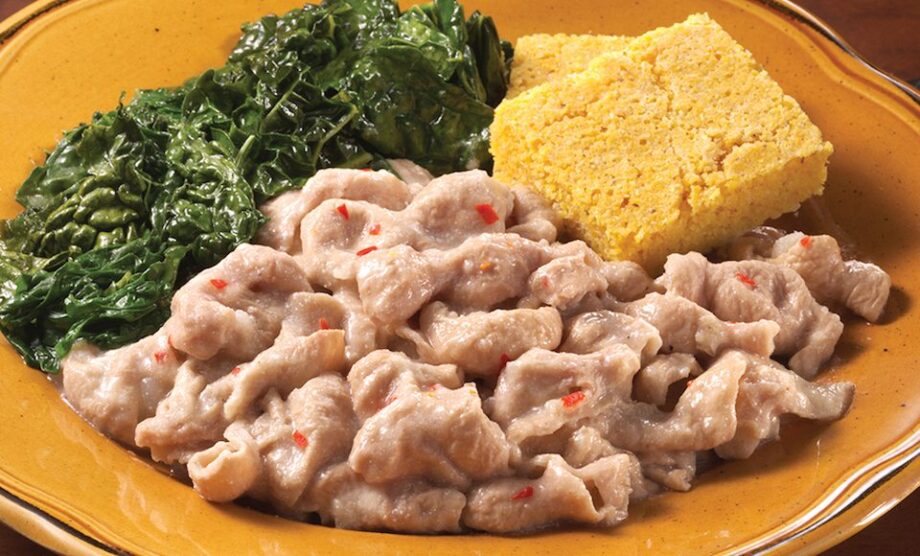 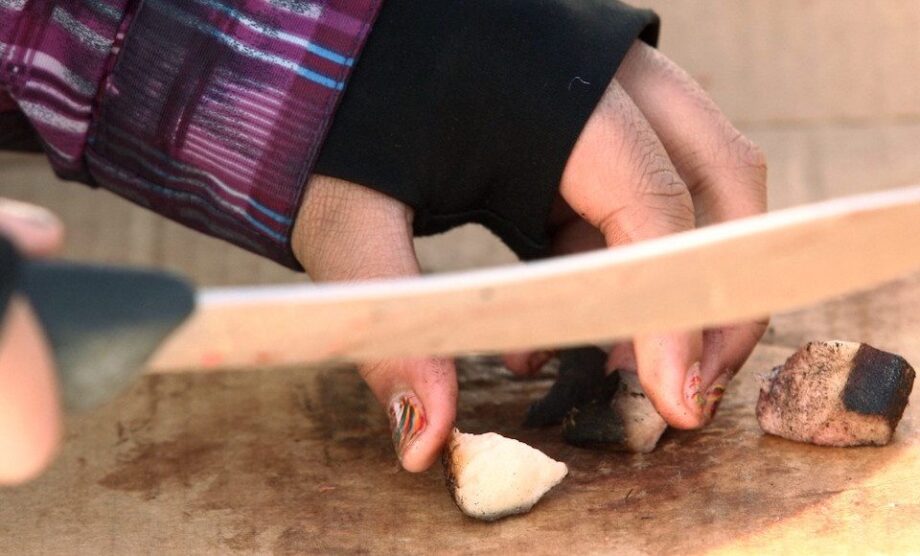 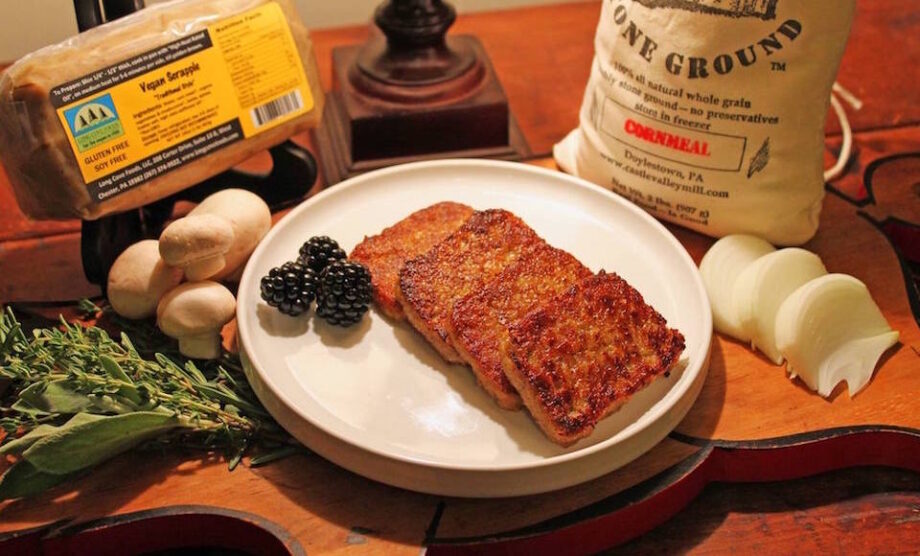 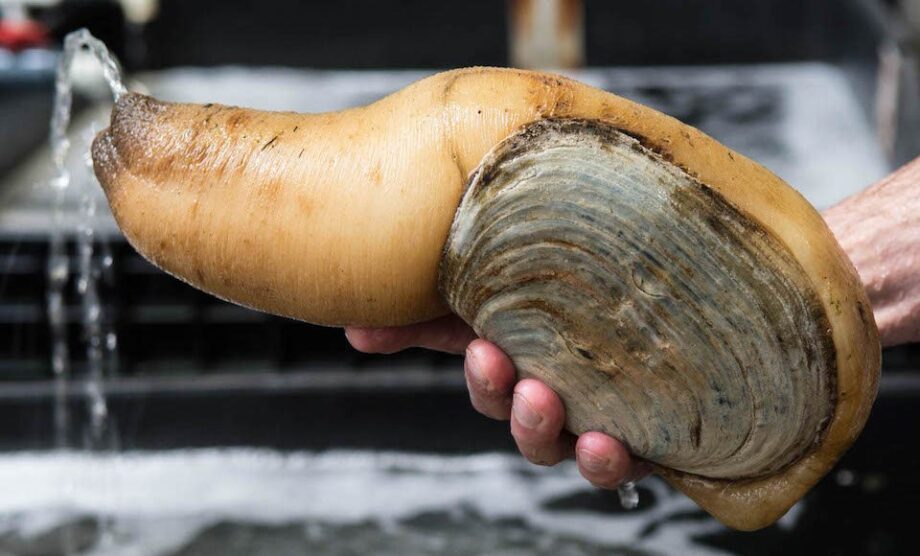 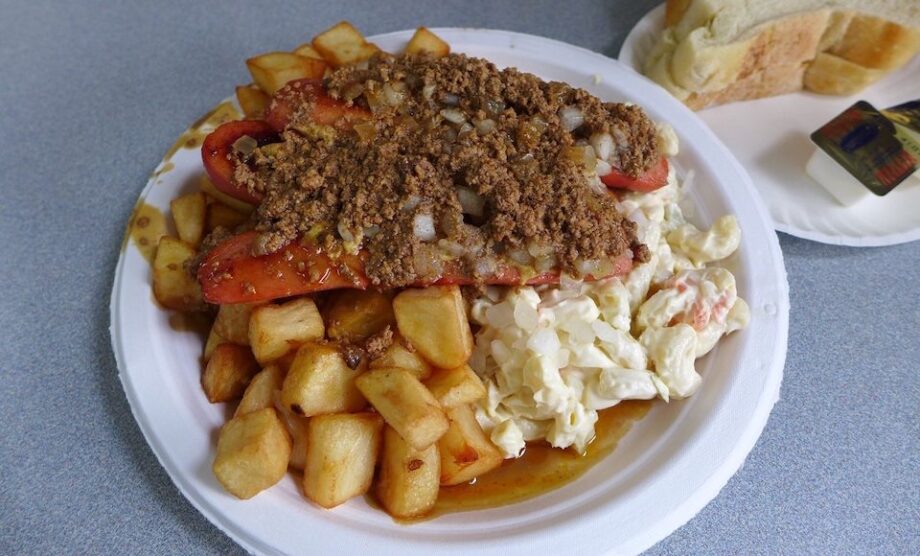 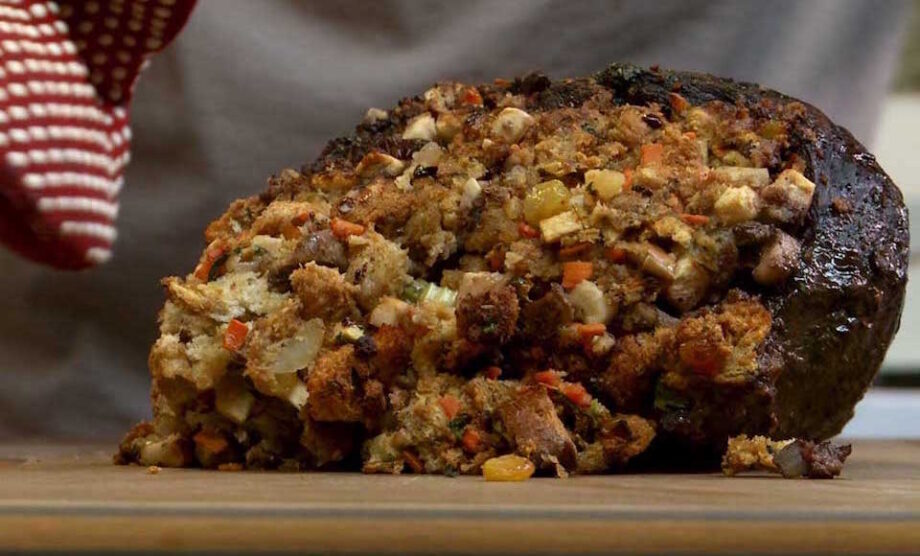 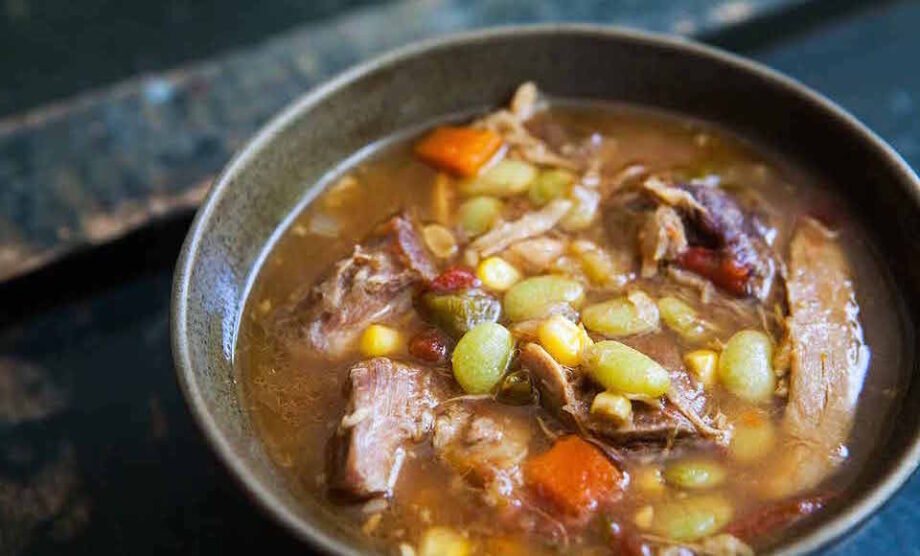 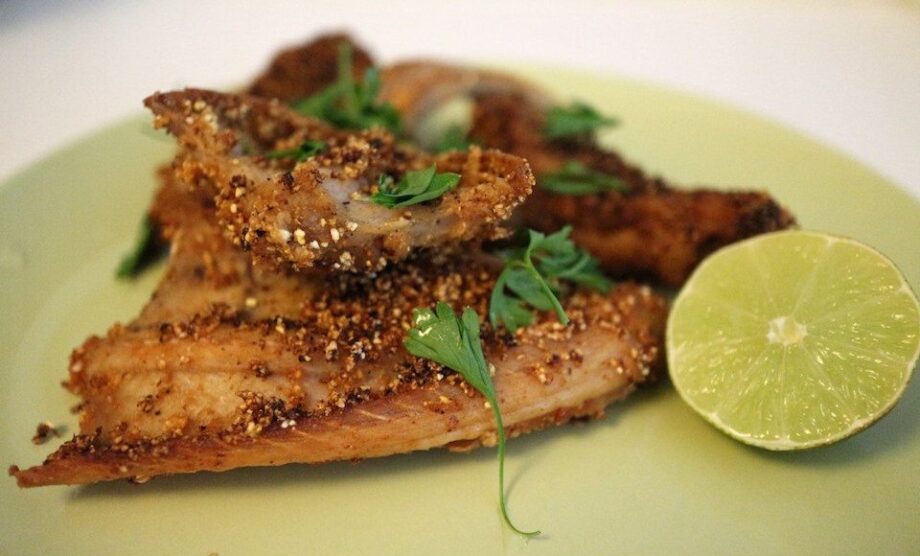 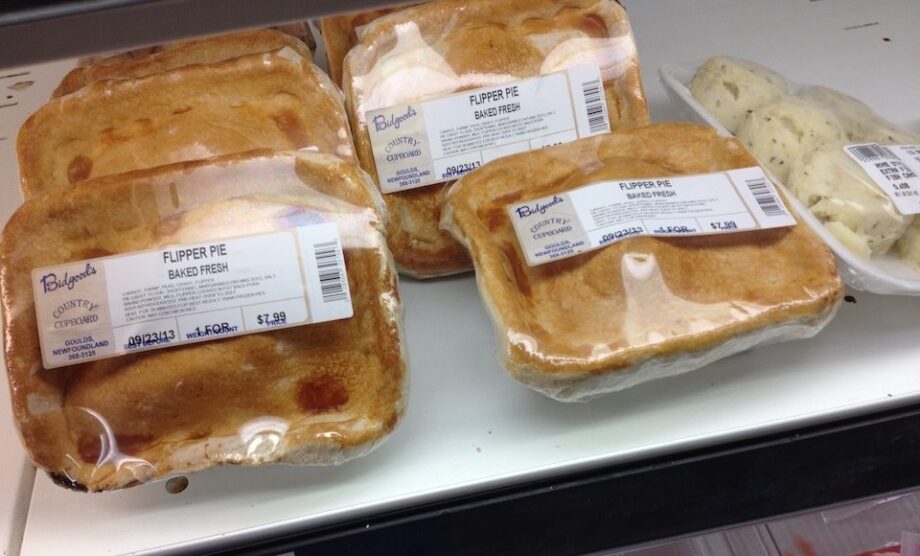 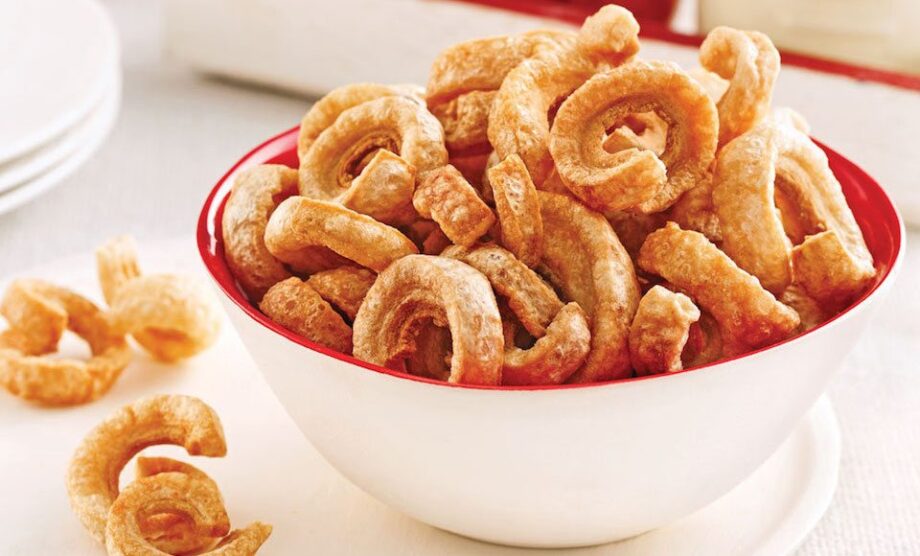 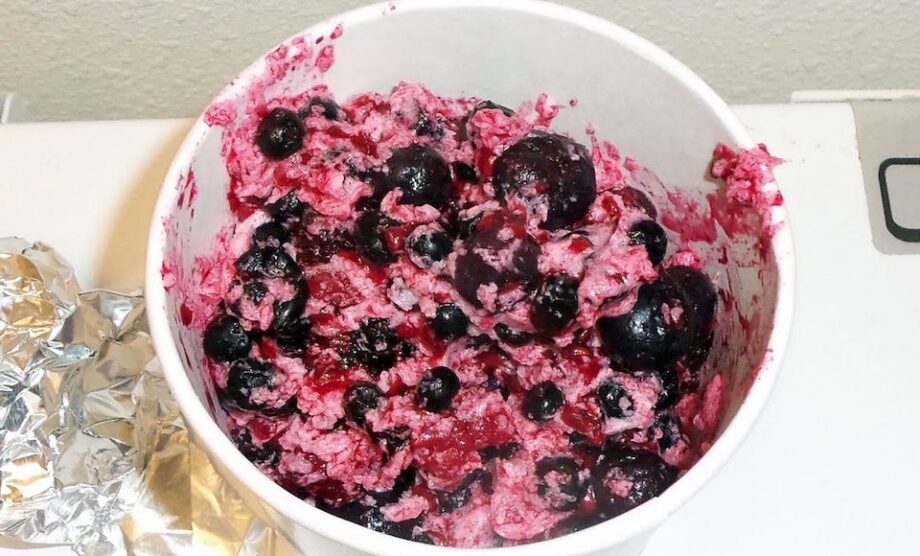