The winners of this year’s Wildlife Photographer of the Year Competition have been announced.

From death-defying orangutans and bratty sea lions through to hostile parakeets and frozen pangolins, this year’s crop features some of the best wildlife photography we’ve seen in a while.

Browse through the cool photos, animations and diagrams in Gizmodo’s Image Cache here.

The winners of this year’s contest were selected from nearly 50,000 entries from 95 countries. The competition’s panel of judges are comprised of industry-recognised professionals, who chose the winning photos based on their creativity, artistry and technical complexity. Here are the 10 winning images. 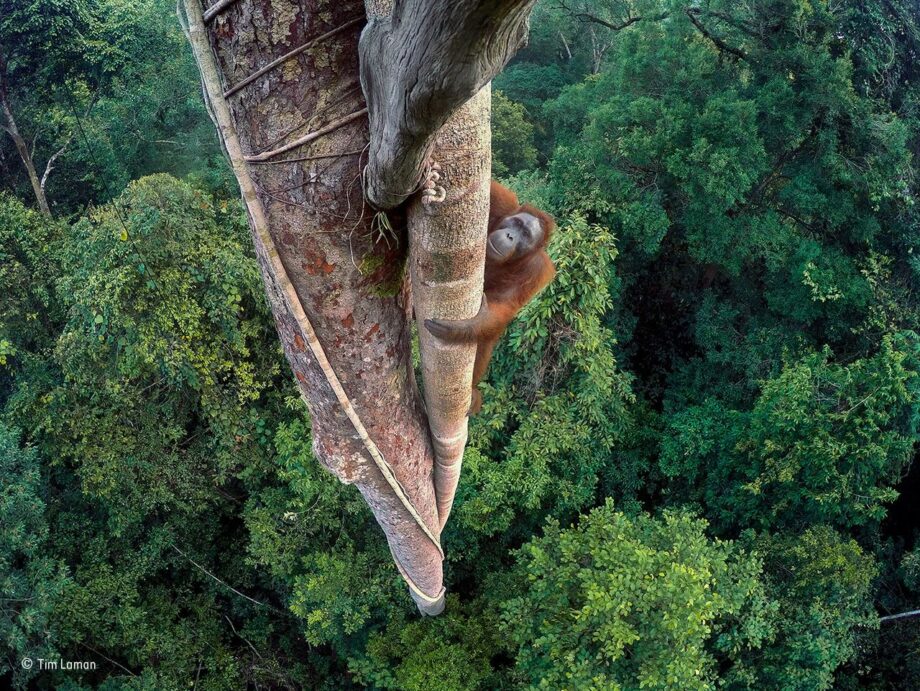 Winner, Wildlife Photographer of the Year 2016. Top prize for this year’s contest goes to Tim Laman for this stunning picture of a male orangutan making a 30m climb up the thickest root of a strangler fig that’s entwined itself around a tree. The orangutan made the treacherous trek in search of figs. Layman took the image with a remote controlled GoPro, which took three days to set up. 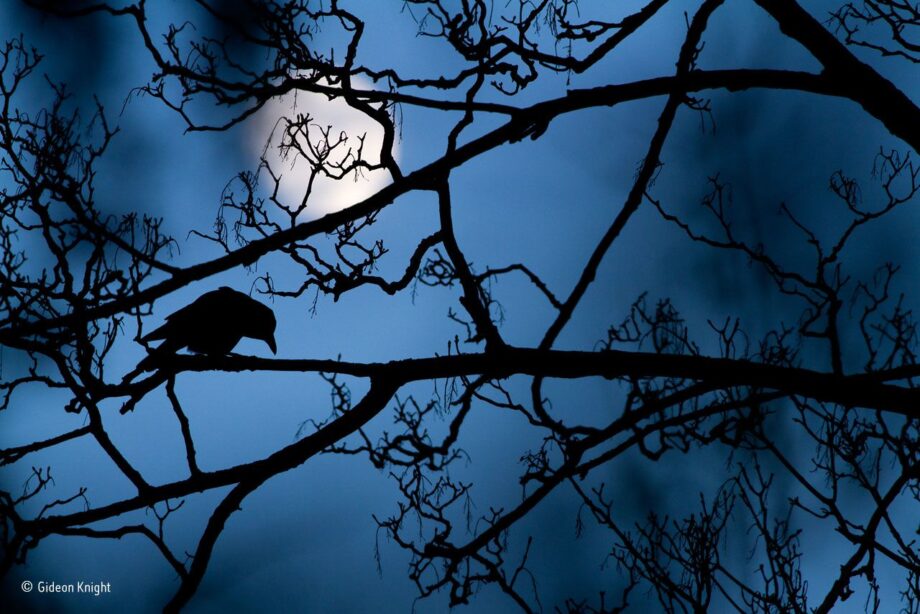 The Moon and the Crow, Gideon Knight, UK

Winner, Young Wildlife Photographer of the Year 2016. Gideon Knight captured this haunting shot of a crow silhouetted against the sky, and with the moon sitting in the background. The image was taken in London’s Valentines Park. 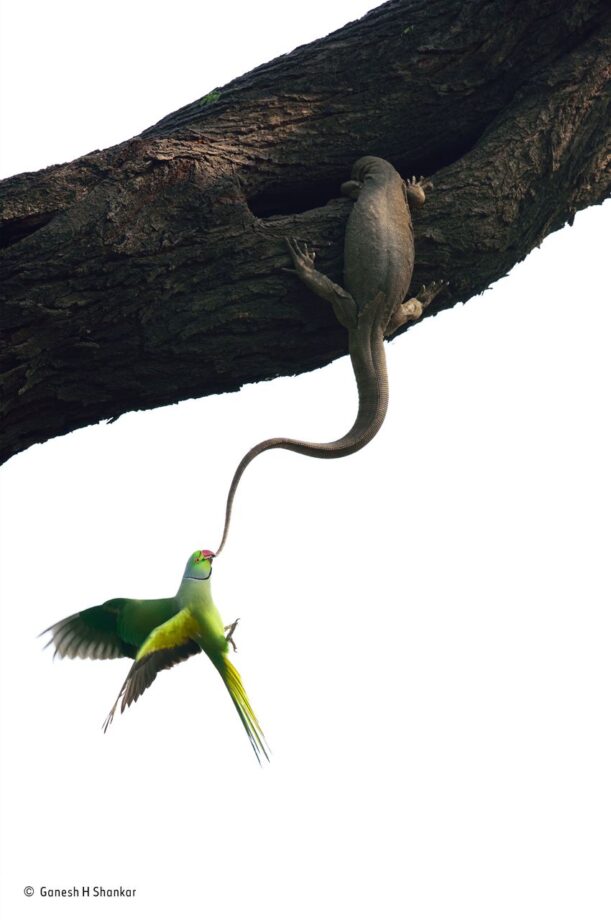 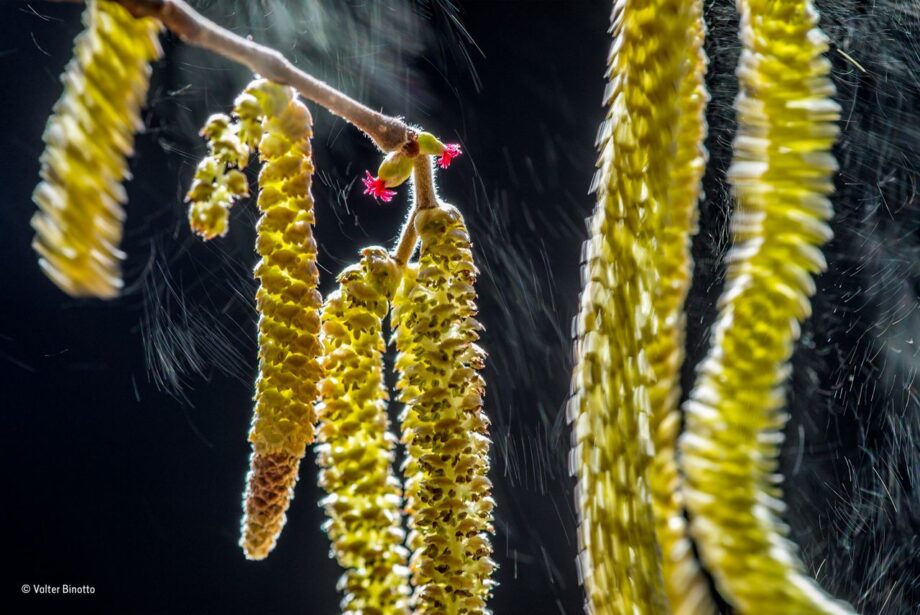 Winner: Plants and Fungi. Valter Vinotto snapped this pic of catkins, a flowery spike found on hazel trees. A gust of wind releases pollen into the air, resulting in a vibrant image that almost seems to move. 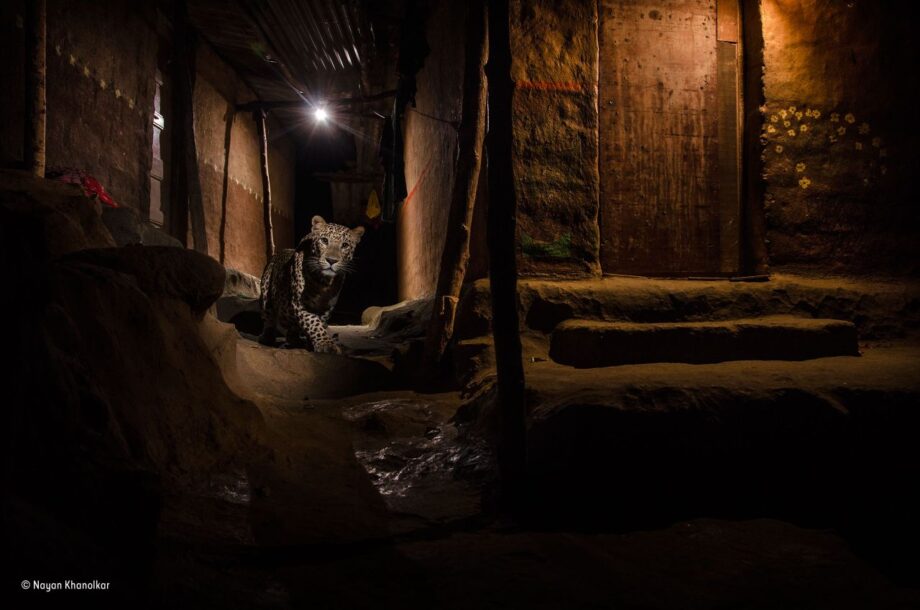 Winner, Urban. A leopard is seen slinking around a back alley in the Aarey Milk Colony, a suburb of Mumbai that borders Sanjay Gandhi National Park. The photographer, Nayan Khanolkar, hopes that those living in Mumbai’s new high-rise developments — which are now impinging on the park — will find ways to co‑exist with the original inhabitants of the land. 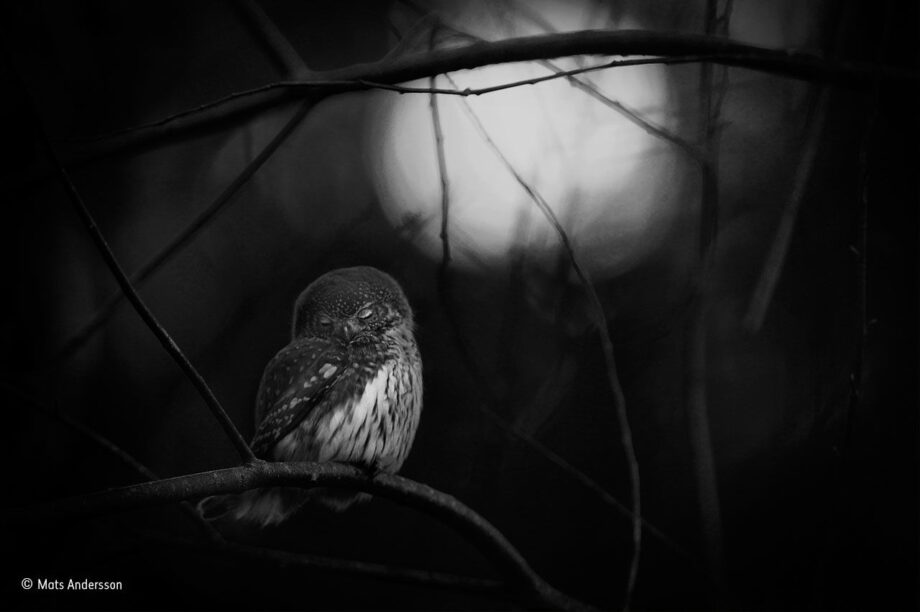 Winner, Black and White. A Eurasian pygmy owl is seen roosting after the loss of its mate. “The owl’s resting posture reflected my sadness for its lost companion,” noted photographer Mats Andersson. Sadly, this owl was found dead a few days later, likely the victim of a larger, territorial owl. 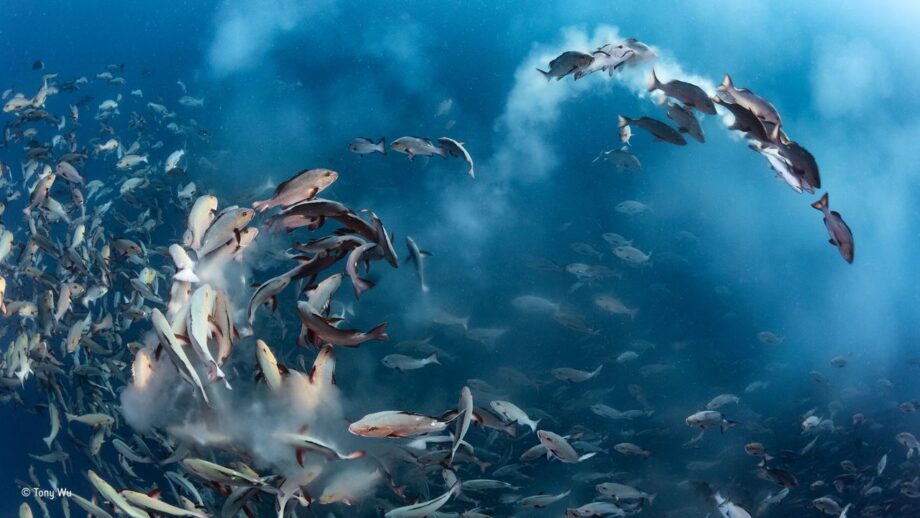 Winner, Underwater. A batch of two-spot red snappers gather to spawn around Palau in the western Pacific Ocean. The action is intense as the fish fill the water with sperm and eggs, and predators arrive to take advantage of the bounty. 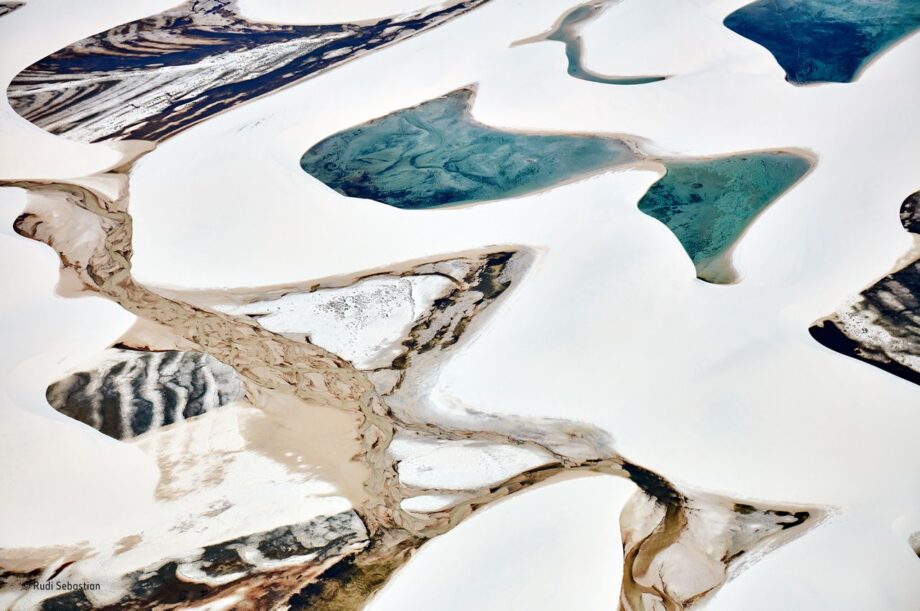 Winner, Details. This gorgeous photo shows the white sand of Brazil’s Lençóis Maranhenses National Park following a rain storm. A layer beneath the sand allows water to collect in the dune valleys, forming thousands of transient lagoons. Bacteria and algae tint the clear water in countless shades of green and blue, while streams carrying sediment from the distant rainforest make their mark with browns and blacks. Patterns appear as the water evaporates, leaving behind organic remains. 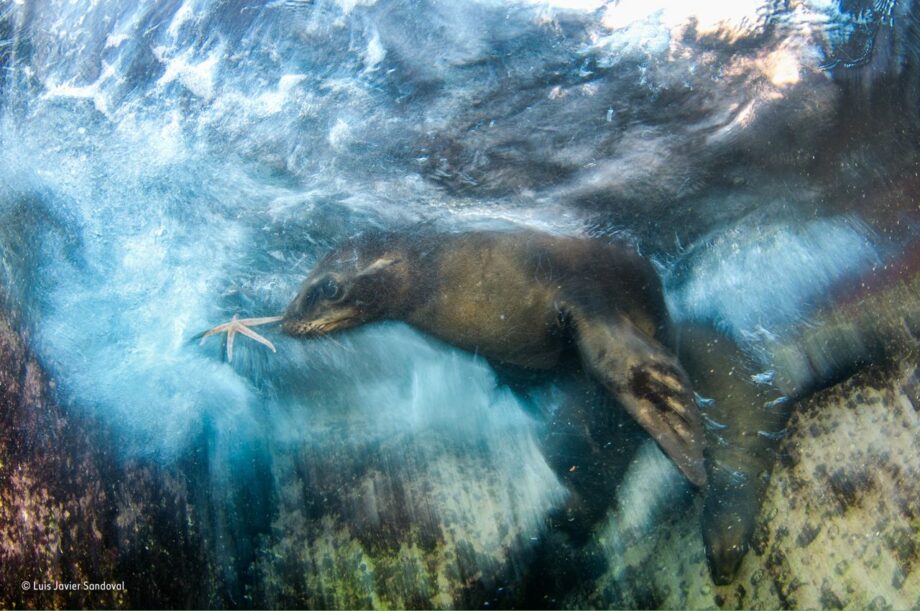 Winner, Impressions. A young California sea lion checks out a starfish that it brought up from the ocean floor. Juvenile sea lions often play around like this to hone their skills, especially fishing techniques. 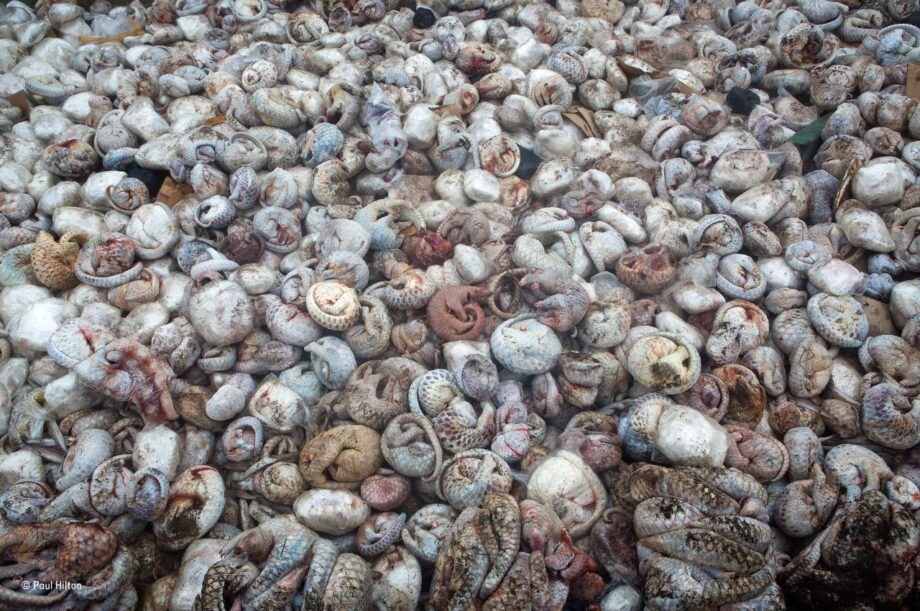 Winner, The Wildlife Photojournalist Award: Single image. This horrific photograph by Paul Hilton shows a batch defrosting pangolins seized by authorities. Some 4000 dead pangolins were destined for China and Vietnam for the exotic‑meat trade or for traditional medicine. (Their scales are thought, wrongly, to treat a variety of ailments.) Pangolins have become the world’s most trafficked animals, with all eight species targeted.