Each continent, and in many ways, each country, has its own fashion style. Californians gravitate towards casual denim, retro t-shirts and all-white outfit combos; Londoners appreciate fine tailoring, and the Parisians have a flair for colours, layers and accessories.

Hollywood megastar Will Smith shows us exactly how to pull off the latter, as he stepped out in Paris for a photocall for his latest movie Bad Boys For Life on January the 6th 2020. While he’s included lashings of colour in his Paris get up, The Fresh Prince manages to put an American twist, making it simple for anyone to replicate themselves. 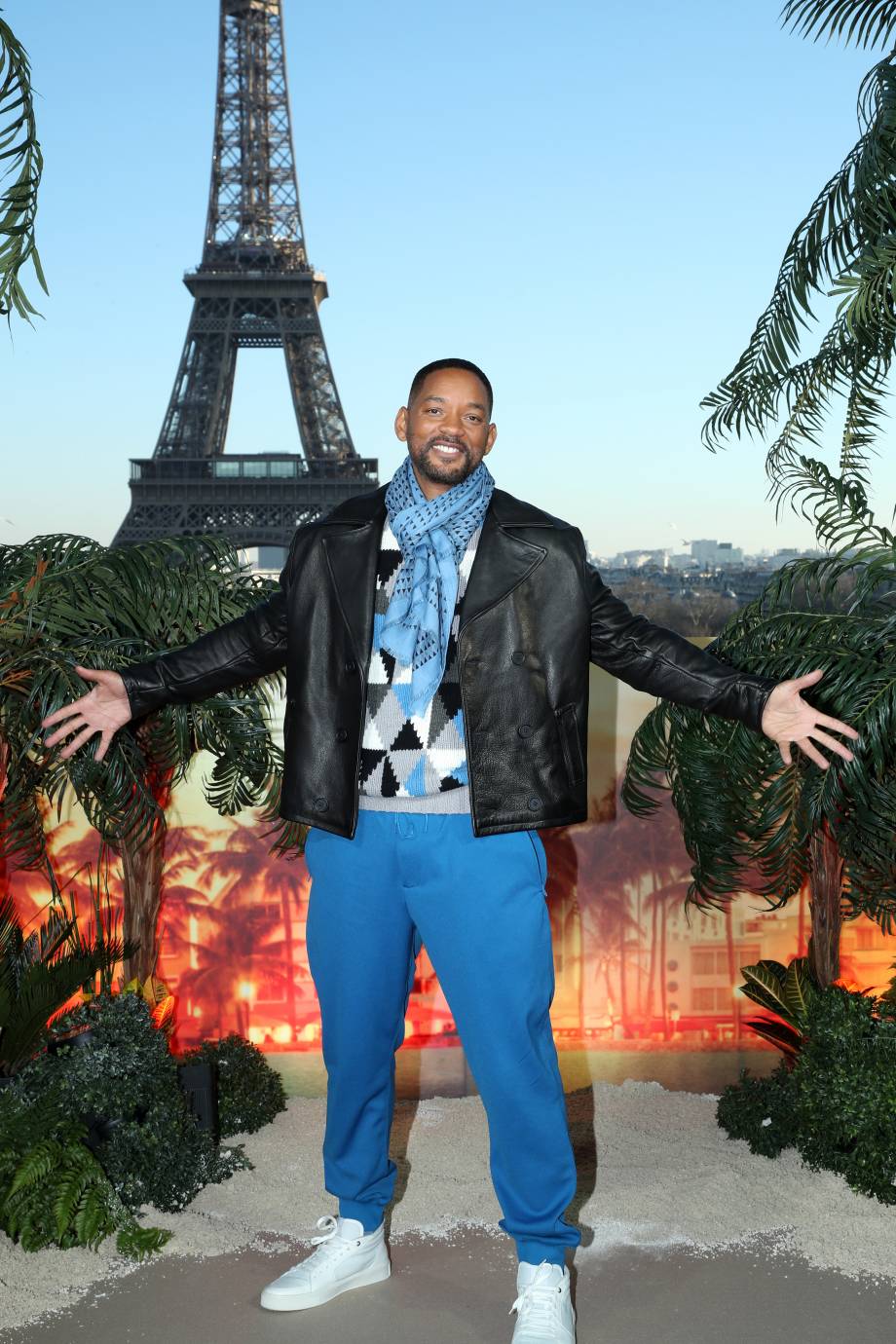 The first box ticked on Will’s Parisian-inspired outfit is his black leather biker jacket. While the Breton-bashers tend to pair theirs with figure-hugging denim, Will opts for a more casual approach. His jacket, however, fits like a glove: it’s not too boxy, nor too relaxed.

Next off the list is his inclusion of colour. Again, this is where Will’s American routes shine through. Parisians tend to favour pastel hues, compared to bold, in-your-face colours. Bold colours might be reserved for accessories to add a pop to an outfit, but that would likely be as far as it goes. Will’s bright blue sweatpants serve as a nod to le Paris, but the relaxed nature screams Philadelphia.

Parisian men aren’t all minimalistic, either. They like to dabble with patterns, which is why Will’s geometric pattern sweater is perfect to beat the winter chill. And of course, no French ensemble would be complete without a silk scarf. Will’s colour-matching blue neckwear adds the final cerise on top of this gâteau.

The best thing about Will’s outfit? It wouldn’t look out of place on the streets of New York, London or even Sydney or Melbourne when the mercury takes a dive.