It’s easy to forget about the humble train. These days we want airlines that spoil us rotten and hotels that spoil us rottener. We want plush lounges. We want five-star food. We want to see the world’s most famous monuments up close. A train seems like a quaint relic of a time long before celebs Snapchatted sessions with personal trainers and Pokemon were lurking around every corner.

All aboard for an attitude adjustment. Today’s rail routes aren’t just about getting from A to B – they’re breathtakingly scenic, environmentally friendly, and sometimes scandalously luxurious. On the world’s best train trips, you’re right on track for an old-fashioned adventure with new-fangled style.

The granddaddy of all epic rail journeys is the Trans-Siberian Railway. At 9,289 km (5,772 mi), it’s the longest railway line on the planet and easily its most famous. The classic Trans-Siberian route stretches from Moscow to Vladivostok. Other branches take travellers from Moscow to Beijing via Mongolia or Manchuria. As for accommodations, conditions vary vastly. The private Tsar’s Gold and Golden Eagle luxury trains offer comfortable compartments, attentive service, and opulent dining menus. The cheap seats in the standard trains offer an entirely different experience, but it’s an experience a certain species of traveller will love.

Australia’s most memorable passenger train makes the trek through Adelaide, Alice Springs, Katherine, and Darwin. The route spans 54 hours and 2,979 km (1,851 mi) through the stunning red vastness of the Outback. Fun fact: the name ‘Ghan’ is a shortened version of the railway’s former nickname, the Afghan Express, which honours the Afghan camel drivers who trekked the same route in the 19th century. Spring for the Platinum Service, providing finances allow, to score a private cabin and en suite bathroom.

No list of the world’s best train trips would be complete without a nod to the Orient Express – the Venice-Simplon Orient Express, to be precise. The legendary train harkens back to the heyday of rail travel, when royalty, diplomats, and other wealthy patrons would climb aboard to be whisked around Europe’s stylish capitals. Today the train retains its Art Deco charm, timeless romance, and top-notch service that could give the Four Seasons a run for its money. Destinations include London, Paris, Prague, Vienna, and Budapest.

For track-based adventures in Asia, the Eastern & Oriental Express consistently ranks as one of the best. As the sister train to the Venice-Simplon Orient Express, passengers can expect cocktails, fine dining, doting staff, and more indulgence than seems possible on a train. While you sip champagne in the piano bar or relax with a book in the library, you’ll chug past rice paddies, rural villages, gleaming pagodas, jungles, and vibrant cities. The route reaches between Bangkok and Singapore, with stops in Malaysia in between.

South Africa’s Rovos Rail connects various destinations throughout the country, along with stops in Namibia and Tanzania. The Pride of Africa has been hailed as the most luxurious train in the world, and it doesn’t disappoint. The locomotive includes observation cars, dining cars, lounge cars, and club cars to host smokers, all of which boast a glamorous Victorian atmosphere. To maintain the elegant aesthetic, guests are asked to dress smart casual during the days and more formally at night – a jacket and tie is a minimum requirement for gentlemen.

The Hiram Bingham makes your once-in-a-lifetime trip to Machu Picchu even more magical. The train is one of the most renowned luxury rail experiences around – which means it doesn’t come cheap, but it is the most unapologetically lavish way to explore the Inca Trail. The 1920s Pullman-style train is named for the American explorer who rediscovered the Incan Citadel in 1911, and it is built to pamper up to 84 passengers with rich upholstery, live Peruvian music, and an onboard chef whipping up four-course dinners.

Though it’s shorter than many of the journeys on this list, the Glacier Express is just as memorable. The Swiss train winds at the proverbial snail’s pace between the two ultra-chic alpine resorts of St Moritz and Zermatt, a seven-hour expedition that includes more than 90 tunnels and 291 bridges. As a passenger, it’s all about the scenery. Your surroundings run the gamut from plunging valleys, to soaring peaks, to deep gorges, to flower-filled summer meadows or icicle-decked trees. Glass-roofed carriages ensure you see it all.

The World Travel Awards have crowned the Rocky Mountaineer the ‘World’s Leading Travel Experience By Train’ an impressive seven times and National Geographic named it one of the ‘World’s Greatest Trips’. It even has the more dubious honour of appearing on The Bachelorette. Several routes are available, all of which have their allures, but the most acclaimed is the First Passage to the West, a two-day passage through Canada’s stunning Rocky Mountains between Vancouver and Banff with an overnight in the historic town of Kamloops.

If it’s fit for a Maharaja, it’s certainly fit for you. India’s Maharajas’ Express is an unparalleled way to experience some of the country’s best-known sights and rich cultural heritage. The train includes two fine dining restaurants, two bars, and a “palace on wheels” Presidential Suite with a living room, two bedrooms, and a personal valet. Passengers choose from a selection of five journeys that hit destinations like Delhi, Agra, Jaipur, and Udaipur, any of which will set you back thousands. 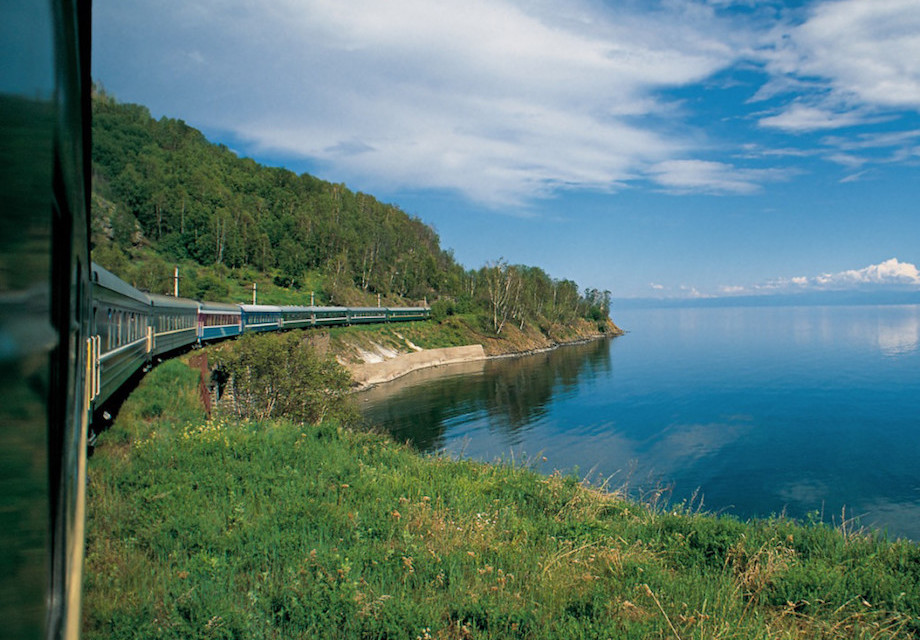 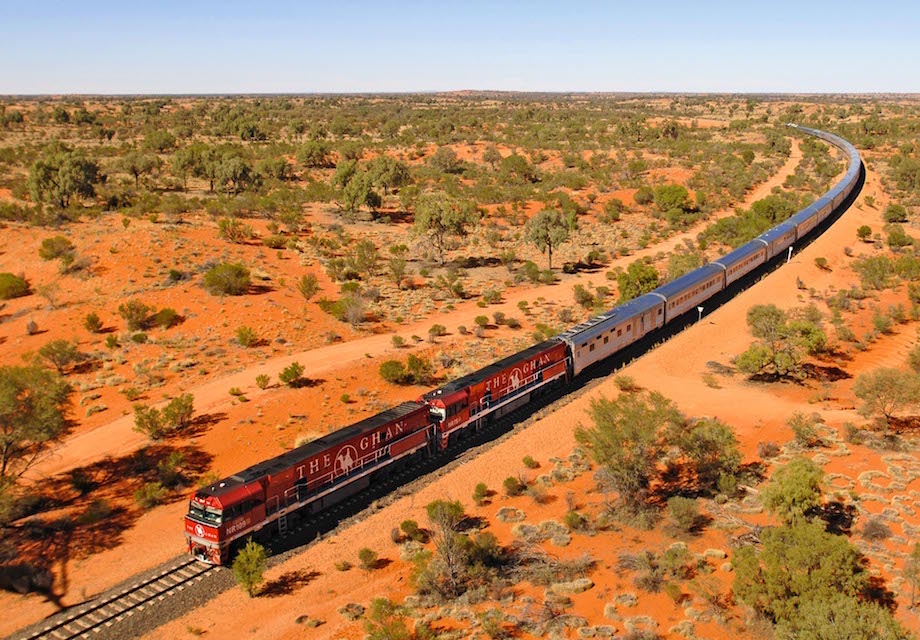 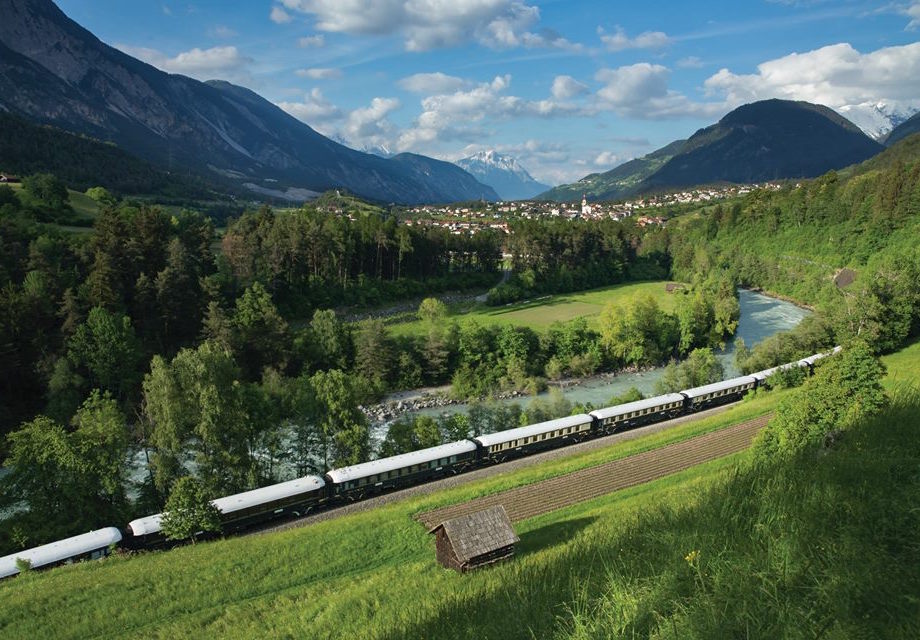 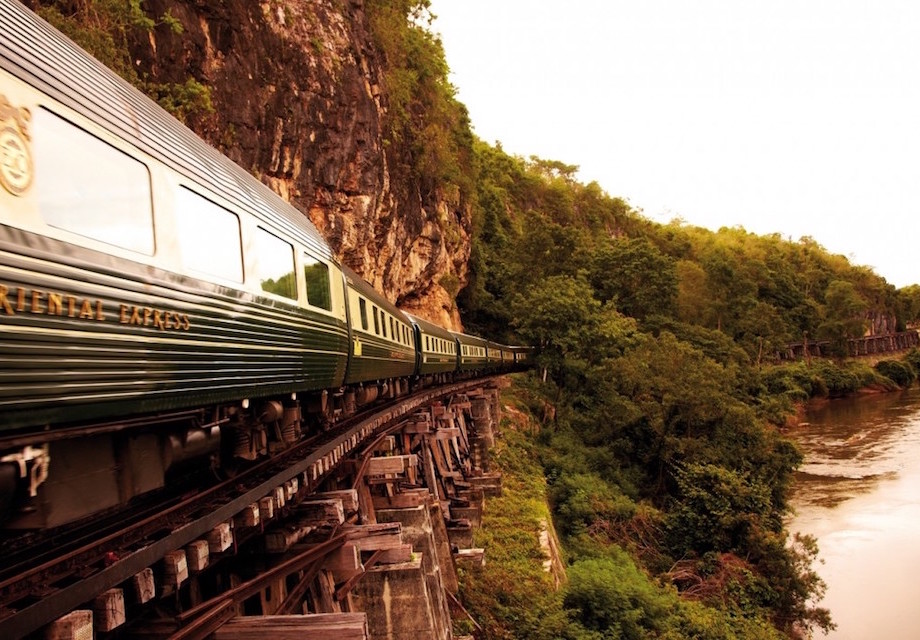 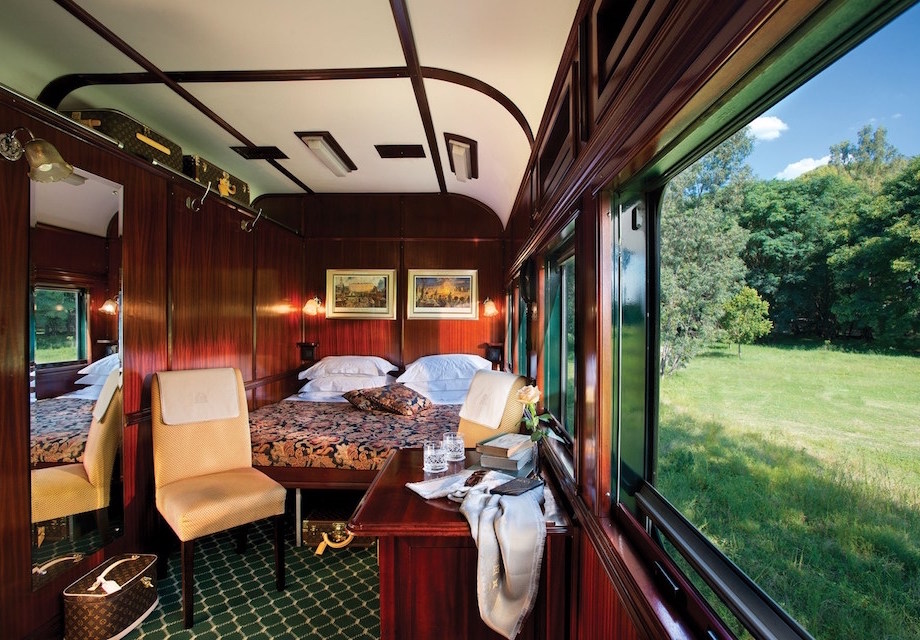 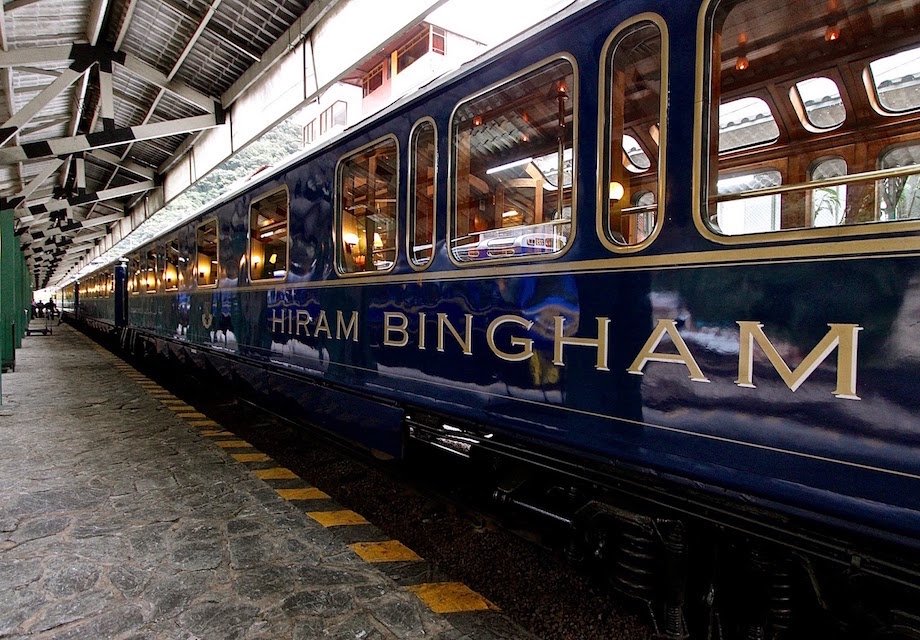 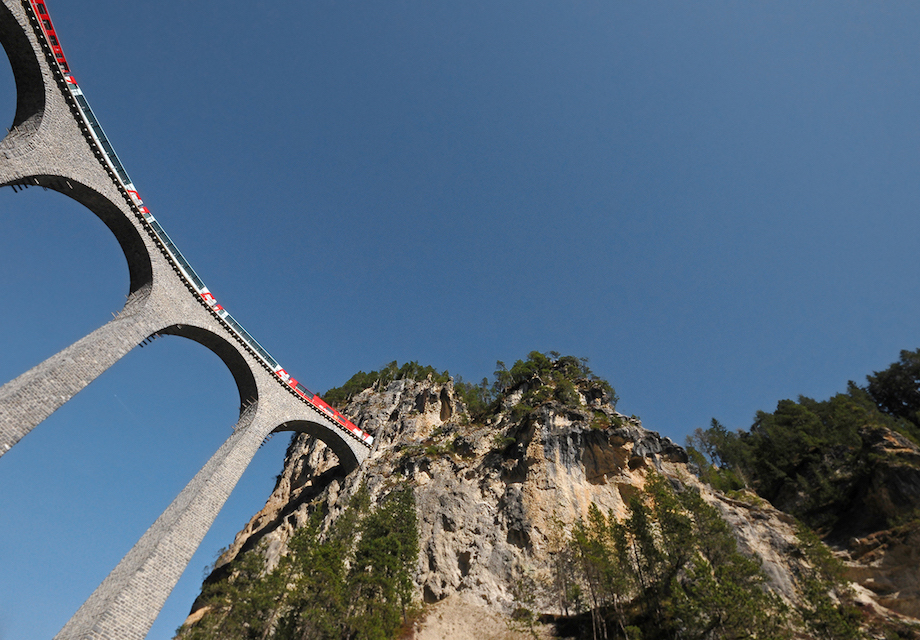 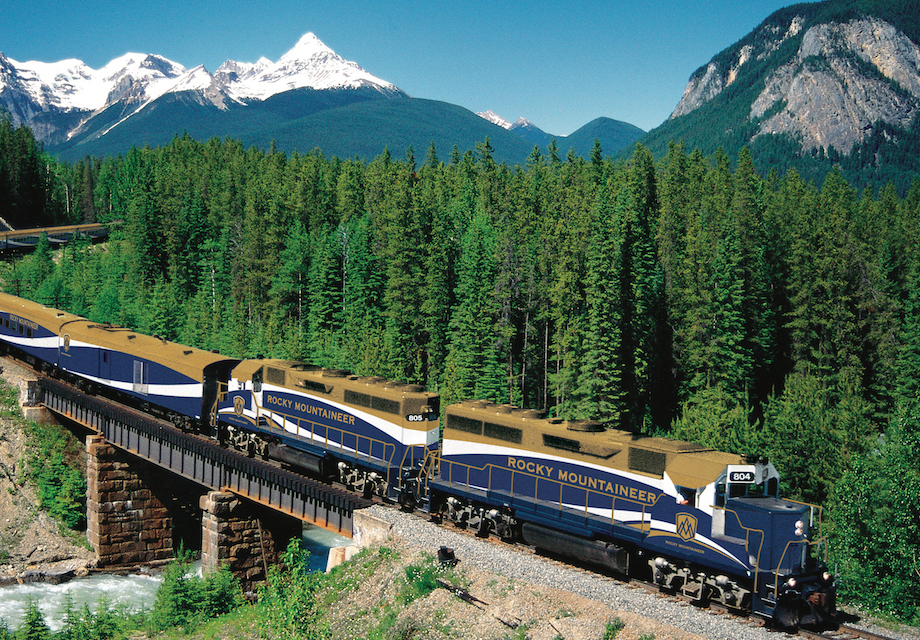 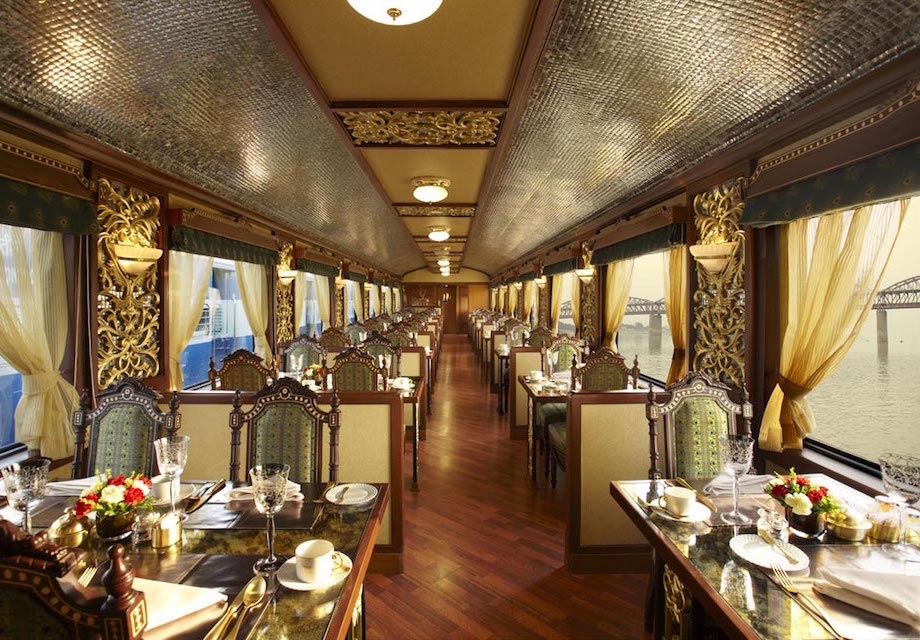