Fake Japanese Whisky Is Flooding The Market, But There’s A Way To Tell The Real Deal

You could be losing more than just a lot of money. 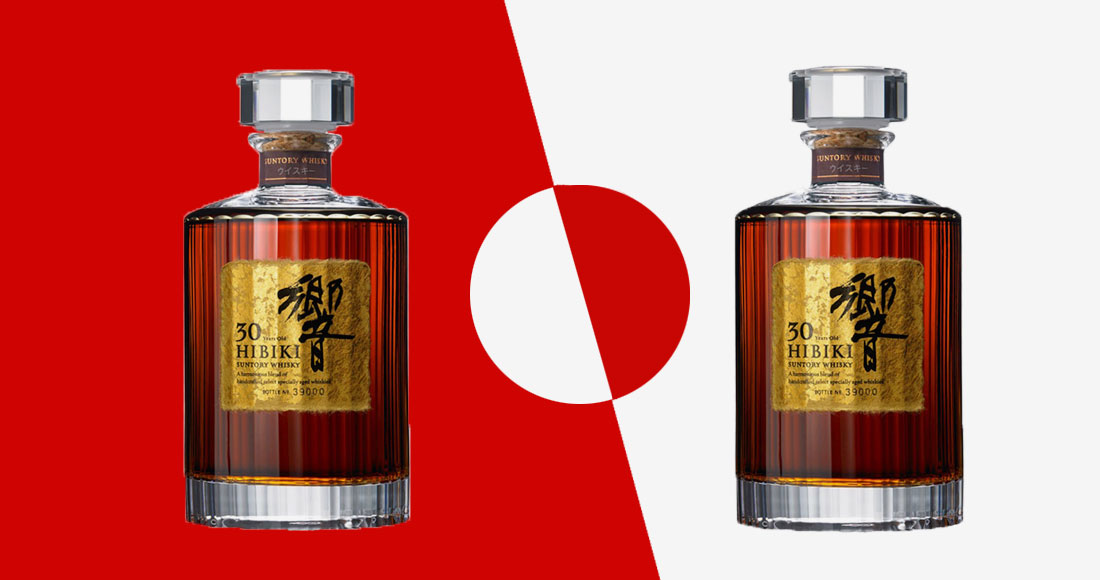 Think that prized Japanese whisky bottle sitting on your shelf is the real deal? Think again.

There’s evidence that fake expressions of rare Japanese whisky have been on the rise thanks to their high value and strong demand in the market. Asahi Shimbun recently reported that two Japanese men were arrested for selling fake bottles of the prized Hibiki 30-Year-Old by Suntory, the same drinks company which also produces award-winning expressions under the Yamazaki and Hakushu labels.

“You’ve got people in some countries buying coloured ethanol and going blind or dying.”

How The Fleece Is Done

Martin Eber of global whisky publication Time For Whisky explains that the dangers are usually varying but very real.

“On the one hand, you’ve got people getting ripped off buying Macallan or Yamazaki 18 and really getting a 12-year-old or a different whisky entirely,” he says.

“But on the other hand, you’ve got people in some countries buying coloured ethanol and going blind or dying. Kind of puts it into perspective.”

The two Japanese offenders who were caught selling fake Hibiki were reportedly off-loading the bottles for less than half their current market value of US$3,000 – $4,000. The boxes and bottles that came with the counterfeit Hibiki were all real, but it was the actual liquid inside that was fake – a discovery made by a customer who noticed that the contents didn’t consist of 30-year-old Hibiki.

For the most part, fake whiskies are utilising real bottles which have been emptied, refilled and then resealed before being resold. What exacerbates this issue is the fact that most buyers won’t ever sample these whiskies due to their price and the prospect of resale.

In the best case scenario it’s the exchange of fake whisky where a customer is paying for something they’re not getting. In the worst case, it’s a dangerous transaction which could end up being fatal.

Fake whiskies on the market isn’t a new concept by any means. The difference is that it’s now happening to Japanese whisky, an industry which isn’t as heavily policed and regulated against counterfeits as its counterpart, Scotch whisky.

How lax are the laws at the moment? In Japan it’s legal for whisky makers to label their bottle as Japanese-made even if it contains imported whiskies from other countries.

And then there’s the more obvious signs, according to Eber.

“Sadly I think there are a lot more fakes out there than people realise – as certain whiskies explode in popularity, so too does the issue of fakes.”

Thankfully there are a number of ways to tell if a whisky is fake.

How To Spot The Difference Between Real & Fake

Don’t gamble on your investment until you know your stuff. These are Eber’s expert tips for spotting a fake Japanese whisky.

Pay attention to the label

“If someone is faking the label, you can often tell from the print quality, or the resolution, text, or colour by comparing it with an original. If someone is using a genuine bottle and label (like in the Hibiki case), it becomes a bit trickier.”

“One way to tell if a bottle is genuine is by checking if it has a plastic or foil seal. Does it look uniform or neat? On Hibiki 17s for example, there’s a clear plastic wrap around the glass stopper and neck, with the word “Hibiki” in gold. I’m looking at one now, and the writing is straight and uniform.”

“That’s a pretty hard thing to fake and something people often don’t spot, so the fakers often skip over that part – using clear plastic with no words, or with crooked or misaligned writing.”

According to savvy Reddit users, there’s also other tell-tale signs to draw from the seal.

Eber’s observation of the gold writing on the seal is also correct in this case. The left image shows a straight ‘HIBIKI’ marking whereas the right shows a curved ‘HIBIKI’ marking.

Compare the colour of the liquid

“Buyers can always compare the colour of the liquid, particularly for clear bottles. Does it look the same colour as a genuine bottle? There may be some slight variation over the years from batch to batch, but it shouldn’t look too different to any other bottles of the exact same whisky on the shelf.”

“Another sign is the fill-level. Sometimes fakers get overly enthusiastic and fill a bottle higher than a genuine one might be. Not always, but sometimes.”

“When it comes to the topic of vintage whiskies, particularly whiskies distilled 30, 40, 50+ years ago, you can sometimes shake up the bottle and see some ‘floaty bits’, which have crystallised over time. They’re harmless, but can be an indication of the age of the bottle (not the age of the whisky). This shouldn’t be a hard and fast rule though, because not every whisky will do it.”

“None of these are dead giveaways though, merely a guide. One of the best rules is probably the old adage of ‘if a deal seems too good to be true, it probably is.”

Educate yourself on vintage whiskies

“For vintage whiskies, particularly the popular and commonly faked bottles like Macallans from the 60s and 70s, your best bet is to get your hands on a copy of Emmanuel Dron’s book Collecting Scotch Whisky. This has the most comprehensive guide to fakes I’ve ever seen, including glass bottle codes to look out for and a host of other things you’d never think of.”

RELATED: The Difference Between Cheap & Expensive Whisky, According To An Expert

Martin Eber is the founder of Time For Whisky, an online whisky blog which covers comprehensive news on some of the world’s finest liquid gold