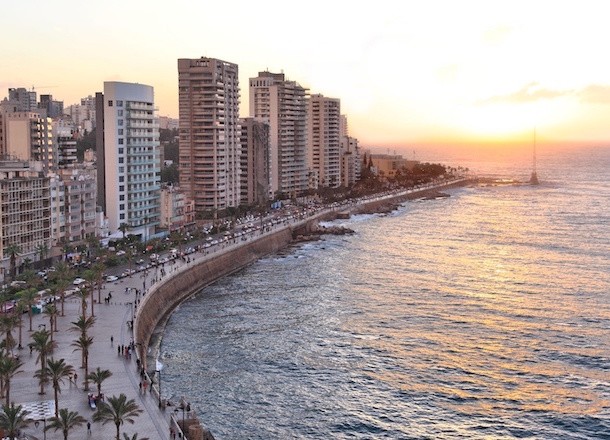 In a recent interview published by Bon Appetit, the Parts Unknown host was asked where in the world he thinks people should visit right now. His unexpected answer? Beirut.

“The food’s delicious, the people are awesome. It’s a party town,” he said. He even speaks fondly of the Lebanese capital’s darker side. “Everything wrong with the world is there,” he added. “Hopefully, you will come back smarter about the world. You’ll understand a little more about how uninformed people are when they talk about that part of the world. You’ll come back as I did: changed and cautiously hopeful and confused in the best possible way.”

As for what to do there, Bourdain’s answer won’t surprise you: eat. In particular he recommends the seafood restaurants by the shore and fast-food shwarma, followed by shisha and a nightclub in what he dubs “a crazy kooky town.”

Read the full interview here for more of Bourdain’s smart and snarky thoughts on coffee, airplane food, and expert travel.