It’s no secret, the diver’s watch is one of those classic pieces every magnificent bastard should own. Its versatility and ruggedness make it the go-to watch in anyone’s wardrobe, and it is these very virtues that make it an enduring symbol of timelessness.

When you say “diver’s watch”, you might find that the first timepieces that come to mind might be the Submariner or the Seamaster, but today, we are going to show you five fine diving watches that may have slipped through your radar, and are definitely worth a second glance.

A faithful interpretation of a diver’s watch originally produced by Longines in the 1960’s, the Longines Legend Diver is a re-edition that is accurate even to the size of the case. With a 42mm case diameter, the watch pays tribute to both past and present with a vintage style dial and forward-thinking sizing.

The most distinctive feature of the watch is its double crown – one to operate the time and another to operate the internal rotating bezel to time dives. This internal bezel has the advantage of preventing accidental changes to the dive time, as the bezel is located underneath the crystal. The Longines Legend Diver is one for those who revere the swinging 60s, and the sense of adventure that went along with the era.

Another submersible timepiece who’s history is firmly anchored in the past, Blancpain’s Fifty Fathoms Bathyscaphe has its origins in the 50’s, when diving was in its infancy. Blancpain’s entry into the world of diving came through a military commission – its specifications defined by an officer of the Marine Nationale – the French Navy. They found that there was a need for a watch suited to the job of a combat swimmer, and thus, the Fifty Fathoms was born.

The Bathyscaphe looks much like its 1950’s predecessors, with many vintage cues such as the faceted case, the font on the dial, and the design of the dial itself. Most interestingly, in addition to its availability on bracelet, it is also available on Blancpain’s famous sailcloth strap, or, a very utilitarian NATO strap with some of the best detailing ever seen on a strap of its kind.

Housed inside the case of the Bathyscaphe is Blancpain’s 1315 movement – the bridges almost sparkle with the level of finish lavished on it, and it has a 5-day power reserve to boot.

With its angular silhouette and imposing figure, the Girard-Perregaux Sea Hawk is definitely not for those faint of heart. With a 44mm diameter and 17.10mm height, you’ll definitely notice the Sea Hawk on your wrist with its imposing dimensions. However, the case is curved to the wrist, making this seemingly gargantuan watch surprisingly wearable.

Water resistant to 1000 metres, the watch is also compliant to ISO 6425, meaning it has some serious dive credentials and lives up to its tough looks. Within the solid case lies the Girard-Perregaux Manufacture GP03300-0074 calibre, with an asymmetric layout of power reserve, small seconds and date function. Despite the asymmetric layout, the dial remains pleasing to the eye and gives a certain cerebral feel to an otherwise very masculine looking watch.

Paying tribute to the Galapagos Islands, this version of the IWC Aquatimer Chronograph features a matte black vulcanised rubber coating, protecting the stainless steel case underneath and giving the watch a unique feel on the surface. Its internal rotating bezel is used by turning the outer bezel, a patented system by IWC which they have designated as the “SafeDive” system.

Another imposing watch on the wrist thanks in part to its futuristic design, the watch is 44mm in diameter, boasting an in-house IWC 89365 flyback chronograph movement. On the rubber strap, the IWC Aquatimer Chronograph is immensely comfortable and is a great pairing with casual wear.

In addition, the rubber strap can be changed out without the need for tools thanks to IWC’s quick-change system. As a final tribute to the famed Galapagos Islands, the case back features an engraving of a marine iguana, a species unique to the Islands.

Taking the best of both old world styling and new generation movement engineering, the Jaeger-LeCoultre Deep Sea Chronograph was inspired by the Memovox Deep Sea, originally released in 1959.

The Deep Sea Chronograph’s vintage charm and rugged good looks make it perfect for a versatile sports watch, able to go from the boardroom to a blazer and jeans for the weekend. Inside the Jaeger-LeCoultre Deep Sea Chronograph is the Manufacture 758 movement with column wheel chronograph. 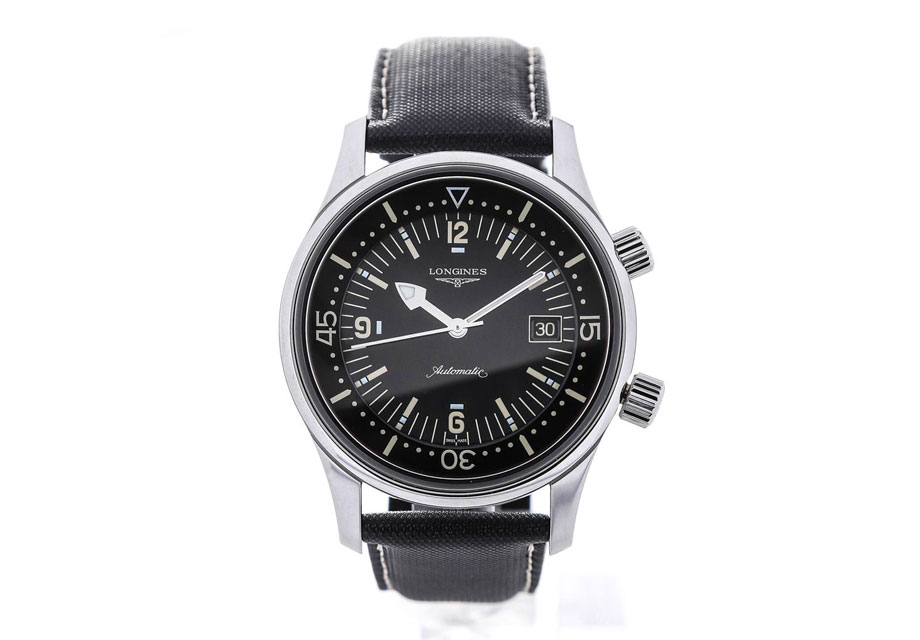 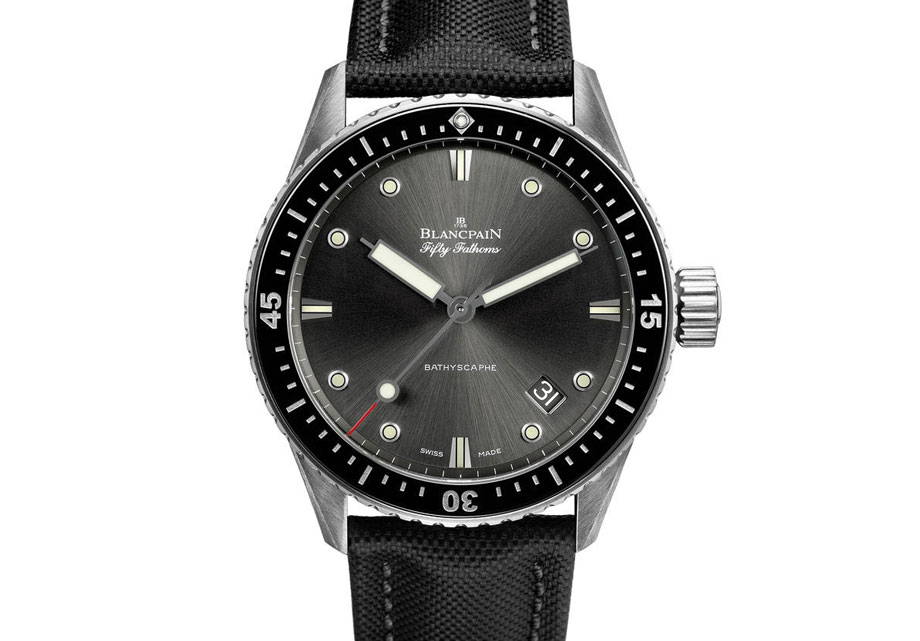 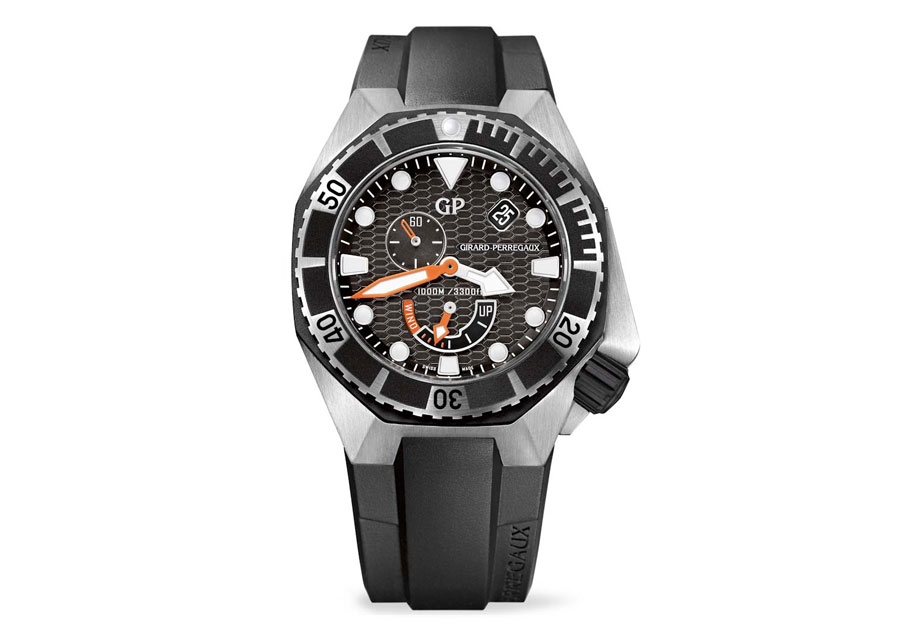 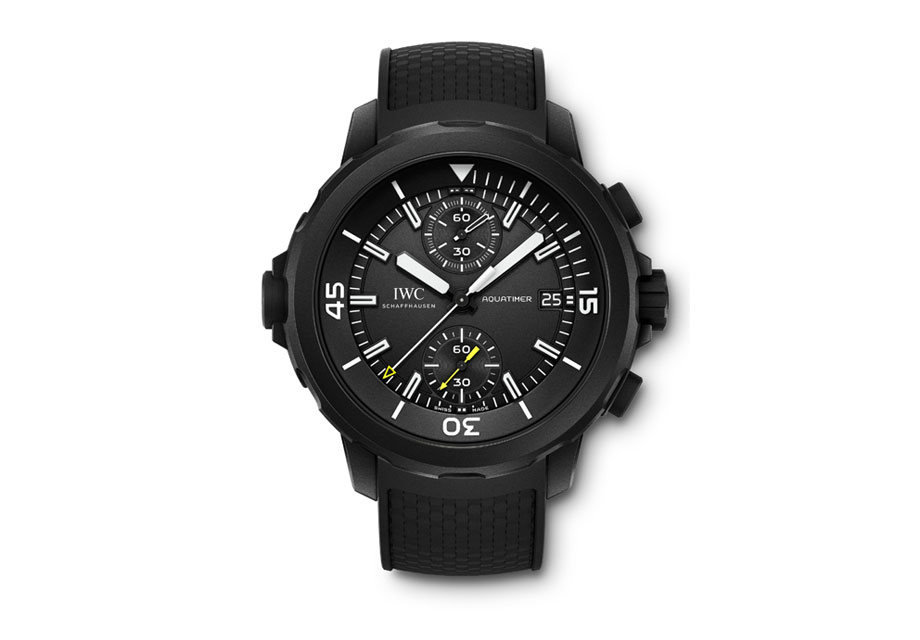 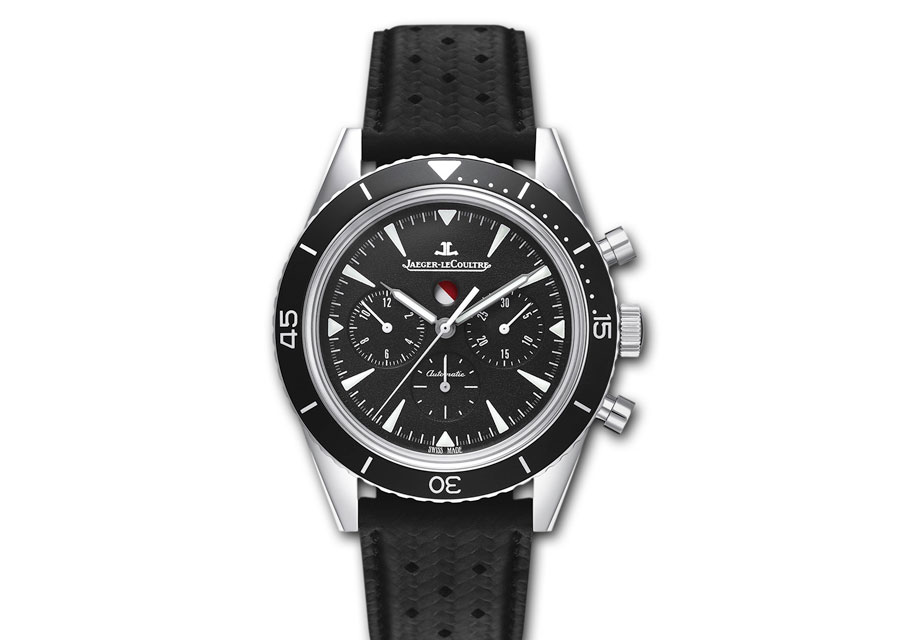