From lush landscapes to buzzing cities, Vietnam is designed to dazzle. Few countries have changed so much in so little time. This intrepid corner of Southeast Asia has persevered through colonialism, communism, war and poverty, and like the proverbial phoenix, has risen again to claim top spots on countless bucket lists.

Prepare for sensory overload. Though it has not forgotten its past, Vietnam has come roaring into the future. Urban centres like Ho Chi Minh City and Hanoi are bursting with youthful populations, innovators in arts and sciences, and tidal waves of motorbikes. In other corners of the country, ethnic markets, ancient temples, and intricate pagodas continue to draw visitors from both home and abroad.

Ho Chi Minh City is the largest city in Vietnam and one of the country’s most popular destinations. The southern capital has left its war-torn days behind for a head-spinning mix of economic success and poverty. The combination makes for a constant flurry of sights and sounds, a whirlwind experience that’s overwhelming and exhilarating in equal measures.

Immerse yourself in the city’s rich history with visits to the War Remnants Museum (formerly the Museum of Chinese and American War Crimes) and the neo-Romanesque Notre Dame Cathedral. Drop by the Reunification Palace and Central Post Office to see some of HCMC’s most striking architecture. Experience tradition at the Jade Emperor Pagoda, Giac Lam Pagoda, and Binh Tay Market. Visit the 48th-floor Saigon Skydeck in the Bitexco Financial Tower for a view above it all.

From your HQ in Ho Chi Minh City, take a day trip to Tay Ninh, home to one of Vietnam’s most interesting indigenous religions, Cao Daism. The Cao Dai Great Temple is an utterly astonishing structure: a rococo clash of kitsch and creed that blends motifs from Christian churches, Chinese temples, and Islamic mosques. The jury’s out on whether it’s art or an eyesore, but it’s certainly intriguing.

Your second stop is the Cu Chi tunnels, a network of underground passageways once used as hideouts, living quarters, and supply routes by the Viet Cong. Life in the tunnels was difficult. Air, food, and water were scarce. Vermin and poisonous insects roamed the passages. Malaria, the second largest cause of death during the war, was rampant. Yet today the tunnels are a popular tourist attraction, and visitors are even invited to crawl through the safer parts of the system.

Another destination easily reached from Ho Chi Minh City is the Mekong Delta. Here, in the ‘rice bowl’ of Vietnam, visitors are greeted by a bewildering variety of colours and rhythms. The mighty Mekong River empties into the South China Sea, leaving a spider’s web of tributaries in its wake. Life on the Mekong Delta revolves around the water – countless boats traverse its network of streams, and even houses and markets float upon the innumerable canals.

Spend a day or two exploring the region’s orchards and paddy fields, markets, and religious structures. Popular stops include My Tho, Ben Tre, Sa Dec, Vinh Long, Can Tho, Cai Be, Ca Mau, Chau Doc, and Soc Trang during the colourful Ok Om Bok festival.

Dubbed the “City of Eternal Spring” for its distinctive temperate climate, Da Lat was developed as a resort by the French in the early 1900s. Many reminders of its colonial heritage remain today, making it a favourite spot for Vietnamese honeymooners seeking romance. The Europe-meets-Asia vibe is unique, though the love obsession veers towards cheesy at times (think horse-drawn carriages and swan-shaped pedal boats).

A hectic travel schedule demands occasional respite, and Vietnam’s beaches are the place to take it. Try Mui Ne, the country’s top resort destination, if you’re looking for an upmarket take on sun and surf. Farther north, lively nightlife and a more locals-friendly scene can be found in Nha Trang. The latter also has a noteworthy culinary culture, nearby hot springs, and the world’s longest cross-sea cable-car ride.

Don’t be fooled by its diminutive size. Hoi An’s picturesque scenery and laid-back atmosphere draw rave reviews from visitors, making it a must-see stop for all Vietnam holidays. There two main points on your Hoi An itinerary: eat and shop. The food here may be the best in the entire country, and the city’s many inexpensive tailors can whip up made-to-measure clothes in no time.

Beyond the eating and shopping, Hoi An has endless other charms to recommend it. Visit Quan Cong Temple and the Japanese Covered Bridge if you like architectural accomplishments. Attend the Full Moon Festival to see the streets come alive with music, dancing, and brightly coloured lanterns. Relax on the local beaches or take a trip to Cham Island to scuba dive. Explore the atmospheric ruins of My Son, named a UNESCO World Heritage Site in 2000.

Pronounced ‘hway’, this aristocratic city boasts immense opportunity for historic exploration. Hué was once the capital of the Nguyen emperors, and still claims the temples and palaces to prove it. You’ll find the once-grand Imperial City on the north bank of the Perfume River, inside the 19th-century walled citadel. To the east lies Phu Cat, the city’s original merchants’ quarter. To the south are the palatial Royal Mausoleums. Hué is also the main jumping-off point for day-tours of the Demilitarized Zone (DMZ), if you’re looking for history of a different sort.

If you can spare the time between Hué and Hanoi, the route is peppered with enticing detours begging to be explored. The glittering limestone cavern of Phong Nha, accessible only by boat, was once revered as the largest cave in Vietnam. It has since been surpassed by Son Doong – believed to be the largest cave in the entire world. Only one tour operator is currently authorised to lead expeditions into Son Doong, and there’s a two-year waitlist.

On the outskirts of the northern Red River Delta lie the mystical landscapes of Tam Coc and Van Long. Limestone outcrops collide with serene rice paddies in a scenic spectacle inscribed as a UNESCO World Heritage Site in 2014.

Tam Coc is a flooded cave karst system composed of three caves that can be explored by boat. Nearby Bich Dong is a pagoda complex dating back to 1428. The Van Long Nature Reserve is popular with bird watchers and is one of the last natural refuges of the Delacour’s langur, one of the world’s most endangered primate species.

Also in the region is Hoa Lu, home to architectural remains that once housed the Dinh and Le kings. Though their palaces have long been reduced to rubble, seventeenth-century copies of their eleventh-century temples still stand.

Vietnam’s capital has shed its war-ravaged image to emerge as one of Southeast Asia’s most vibrant and culturally significant cities. Like Ho Chi Minh City, Hanoi is both a feast for the senses and guaranteed to overwhelm them. Visitors never run short of things to do.

Make the most of your trip by finding your way into the Old Quarter, where you can experience the city’s best inexpensive street eats (the bahn mi and pho are musts). Wash them down with bia hoi, a light-alcohol beer that’s made fresh daily and costs next to nothing.

See Quan Su Pagoda, One Pillar Pagoda, and the Vietnam National Museum of Fine Arts. Shop at Dong Xuan Market and pay your respects at Ho Chi Minh Museum & Mausoleum. Stroll through stately pagodas and temples, along the shores of Hoan Kiem Lake, and down the elegant tree-lined boulevards of the French Quarter. See it all by motorbike if you crave authenticity and have nerves of steel.

There are few more dramatic ways to end a Vietnamese tour than a trip to Ha Long Bay, a breathtaking mass of limestone peaks (some 1,900 islands and islets in total) jutting from the sea. Because of their extremely precipitous nature, most of the islands are uninhabited and untouched by human presence. Their scenic beauty is off the charts as a result, as is their biodiversity.

To fully absorb the immensity of Ha Long Bay, you’ll want to experience it from multiple angles. First admire its ethereal beauty from land, then drift across its emerald waters on an overnight cruise tour. Drop by mountainous Cat Ba, the largest and most beautiful island in the bay, if time allows. 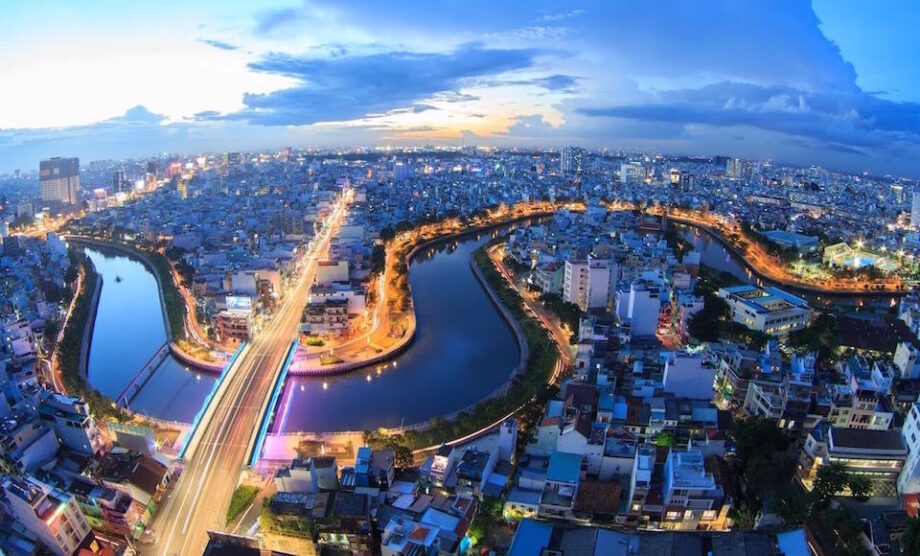 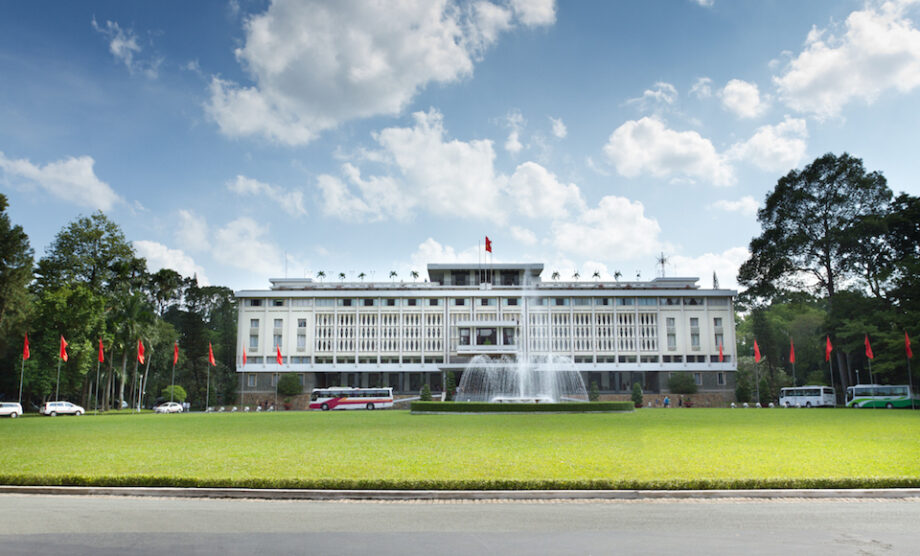 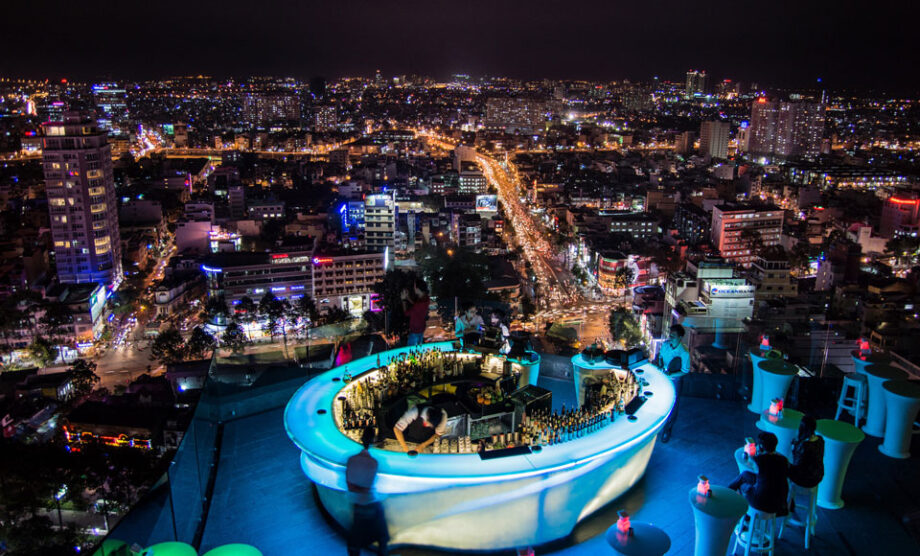 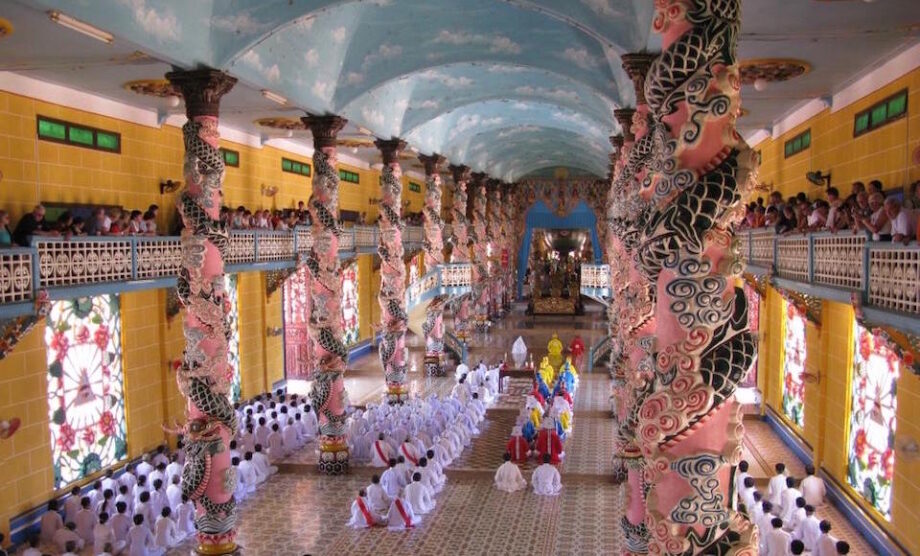 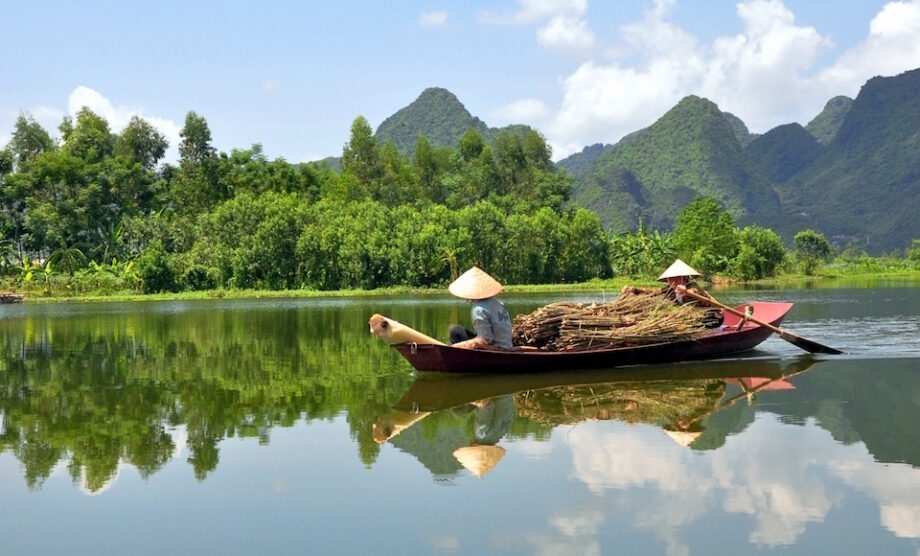 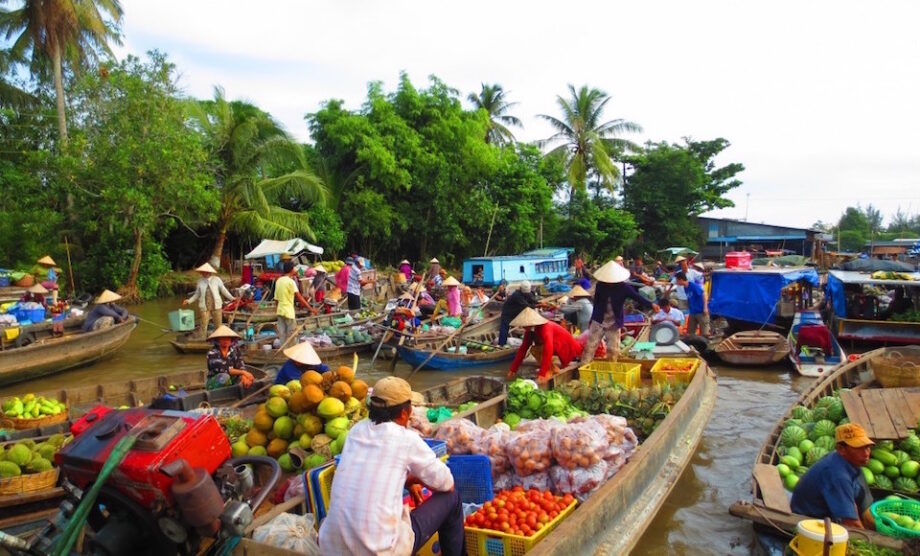 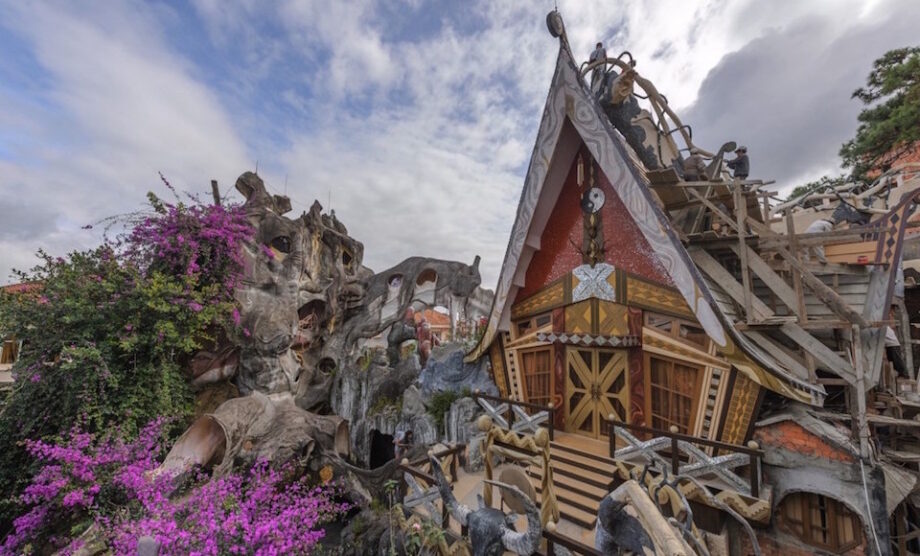 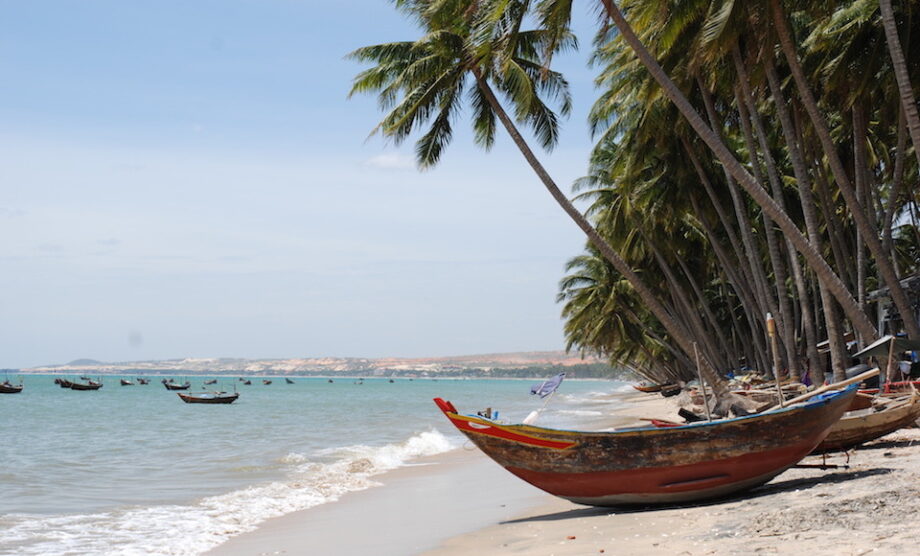 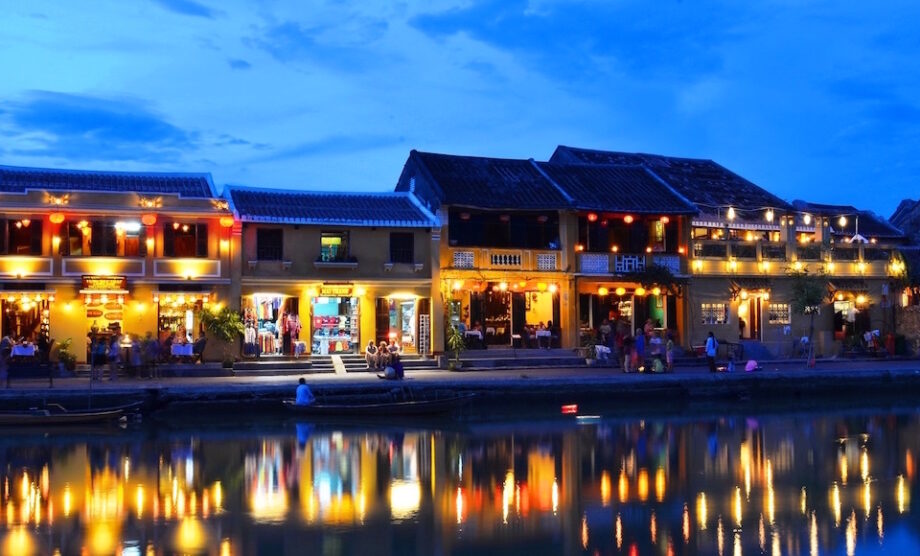 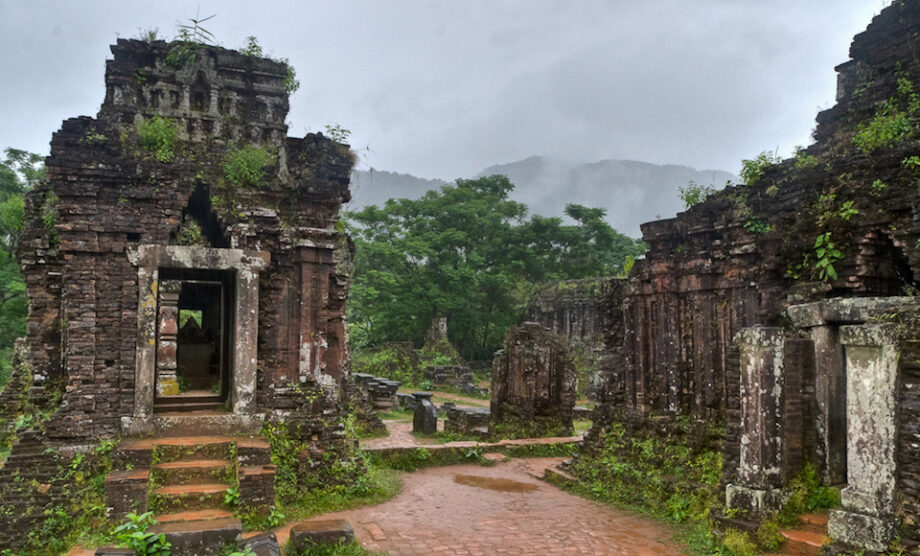 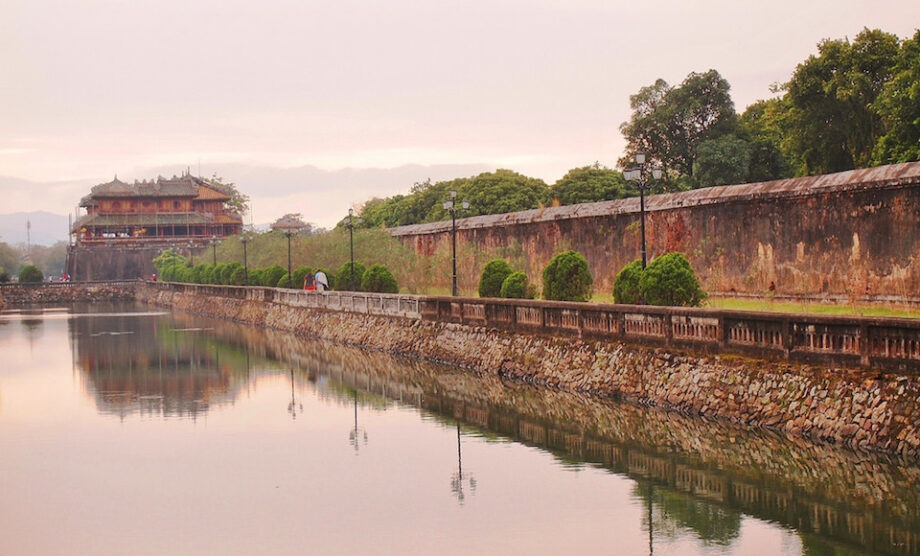 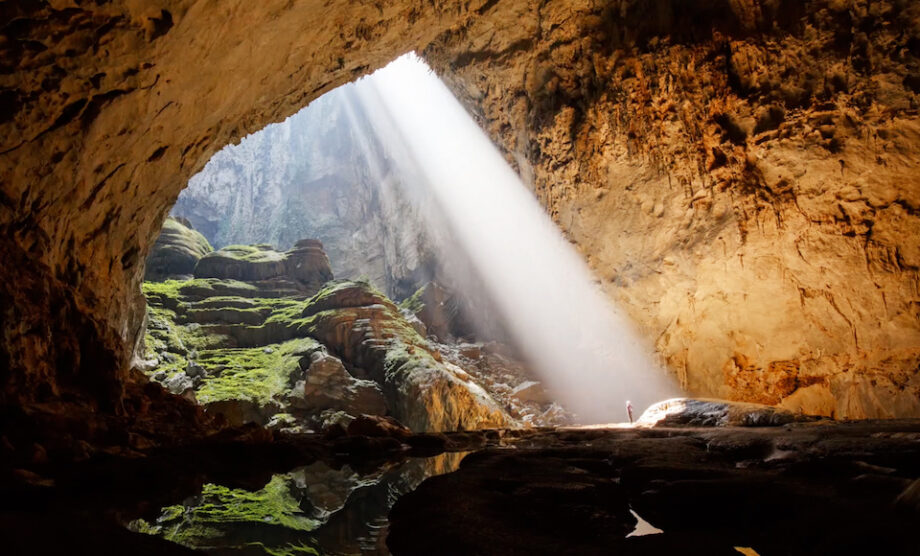 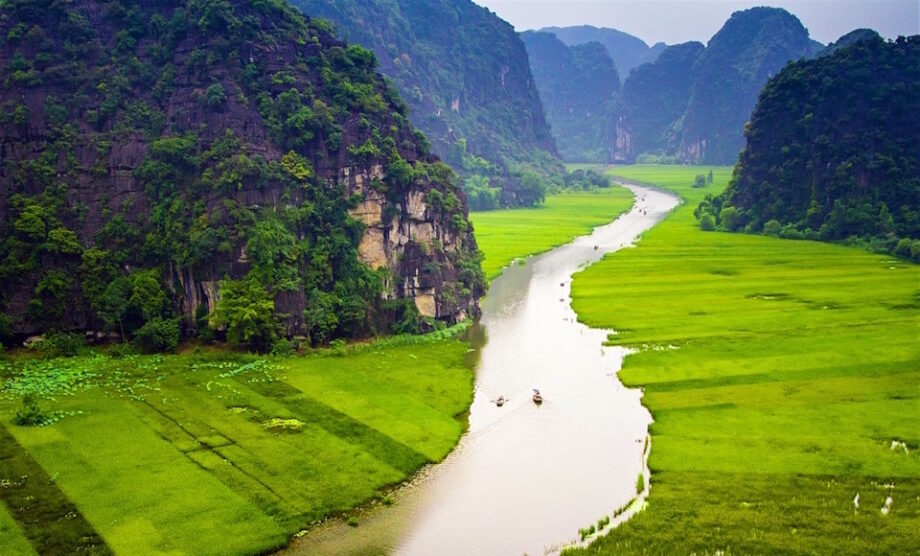 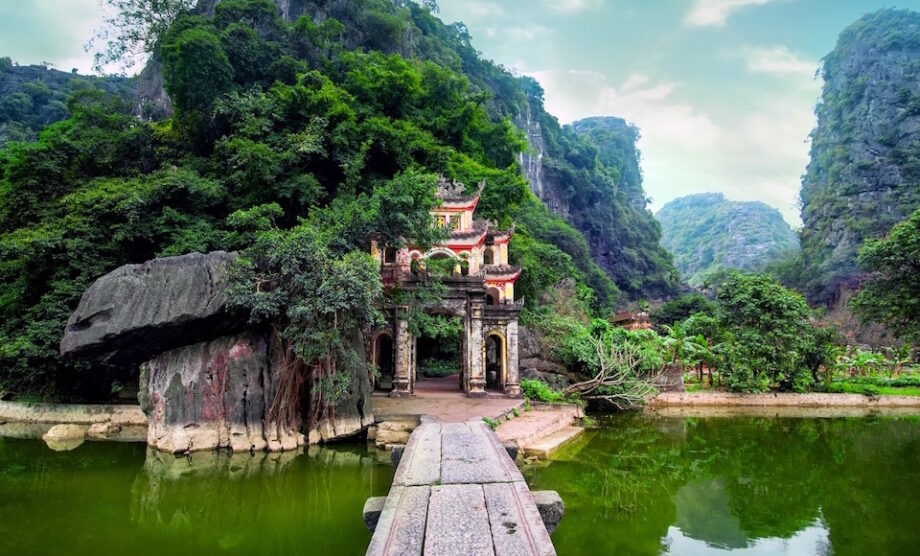 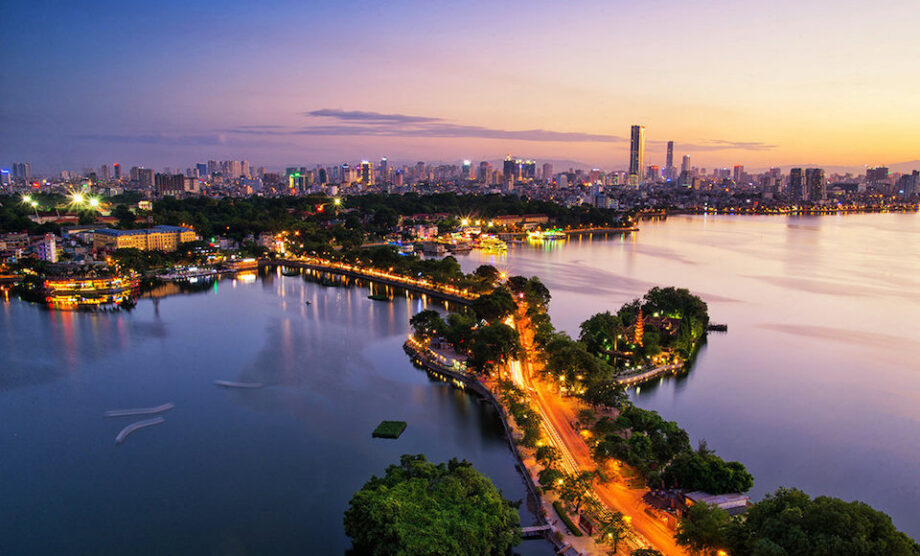 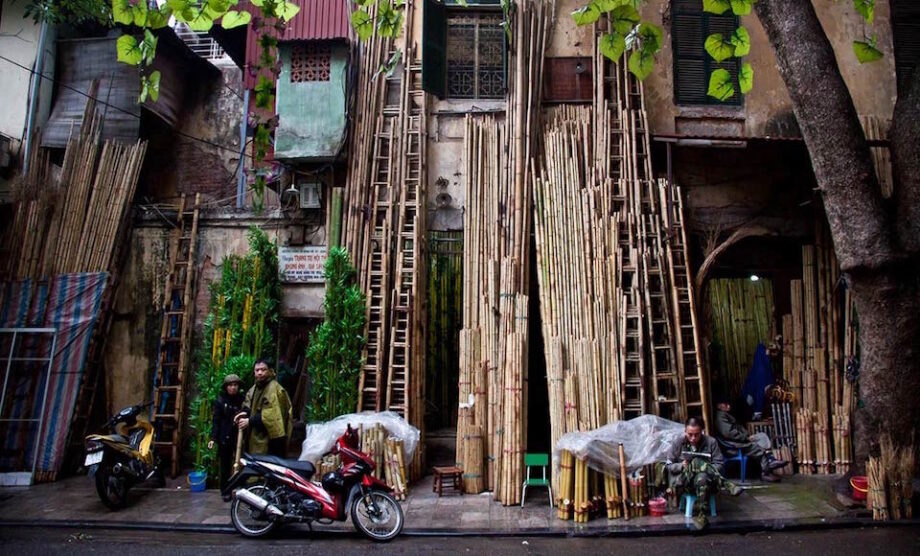 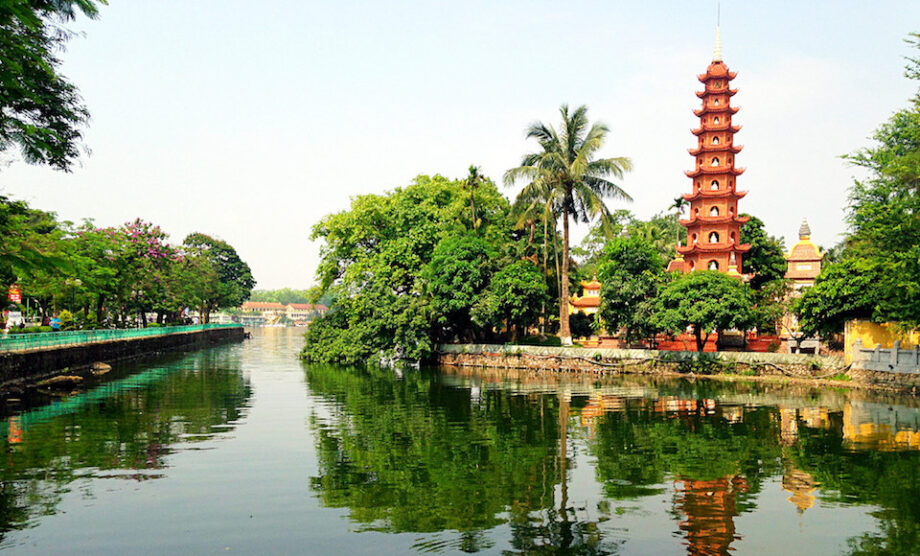 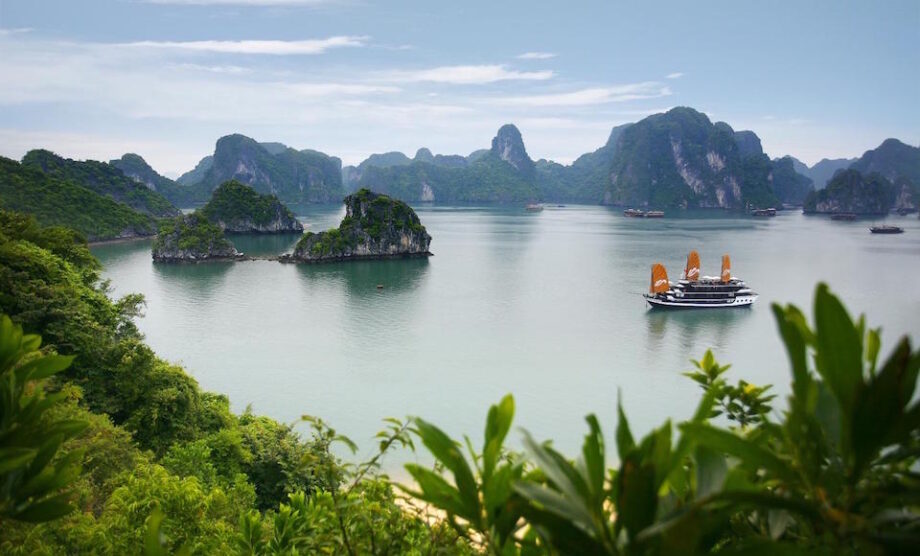