Liam Hemsworth Is Looking The Best We’ve Ever Seen Him

Brotherly rivalry has pushed Hemsworth Jr. into stepping up his game.

He entered Hollywood under the shadow of older brother Chris but it’s now clear that Liam Hemsworth is well on his way to joining the crop of leading Hollywood men in his own skin.Exhibit 1: He’s looking as damn fine as he’s ever been. Spotted on the streets of NYC with fellow Aussie Rebel Wilson on set, Hemsworth Jr. rocked the classic navy suit sans tie and belt like a champion. 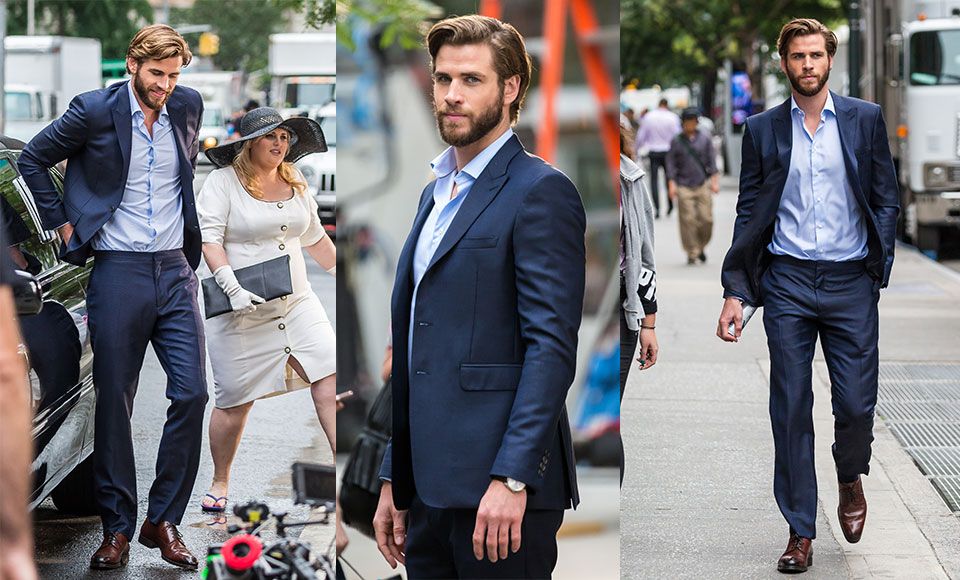 Helping his leading man looks is a page out of older brother’s beard paired with a more cropped back hairstyle – think Prince William with flowing locks.

Also helping out the cause are the polished Oxfords and a sneaky wrist piece peeking out from under the sleeve. Of course this all works around Hemsworth’s naturally large frame which does wonders for masculinity points.

If there’s one way to pull off the classic pared down look, this is it. Now they just need to cast him as the next Batman or Superman.