How are your sea legs? 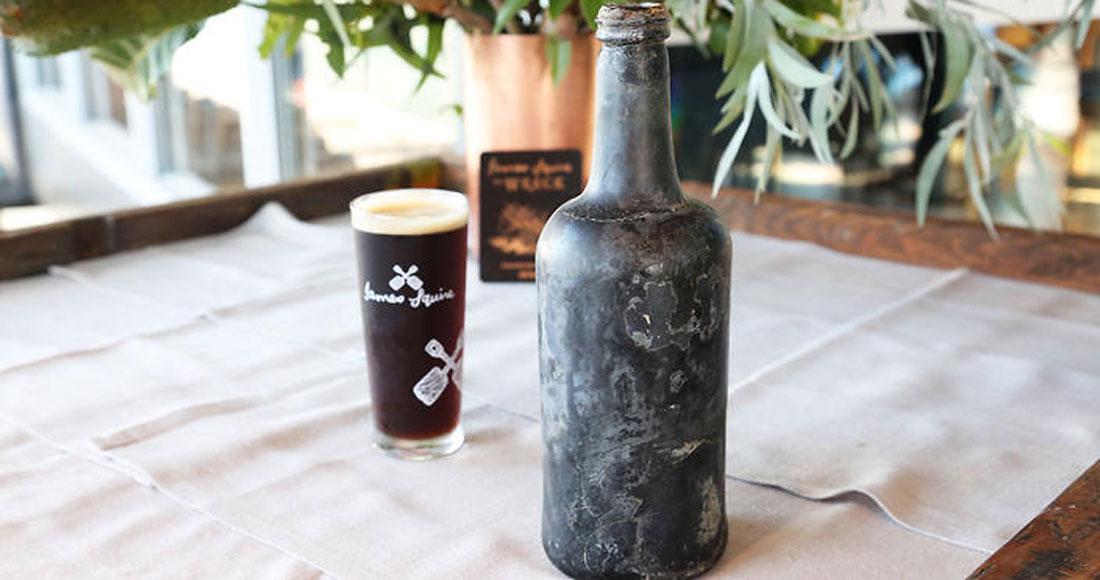 Walk down any Sydney or Melbourne high street and you’ll see that craft beers are all the rage. From fruity pale ale’s to dark hops, the Hipster renewal of the middle ages has spread to Australia’s over 35 crew, to the point where even the soccer mums are questioning their choice of Sauvignon Blanc.

But in Tasmania they’ve taken things a step further, with one museum taking the original samples of a 220 year old beer found inside a shipwreck in the 1990’s, and turning it into a drinkable brew.

As reported by the BBC, “In 1796, the colonial trading firm Campbell and Clark commissioned the ship Sydney Cove to sail from Calcutta in India to Port Jackson, with a cargo of provisions including ales, wines and spirits as well as essential supplies such as grain and timber.”

“The ship never reached its destination.”

“Foundering off Tasmania’s treacherous north coast,” the BBC report continued, “Near the aptly named Preservation Island, the Sydney Cove ground to a halt on a sandbank and sank.”

Fortunately for the beer aficionados of the world, almost 200 years later (in the 1990’s) the remaining beer (and the wreck) was recovered, preserved by the icy seabed, collected by Marine archaeologists from the Australian Historic Shipwrecks Team, and sent to the Queen Victoria Museum & Art Gallery in Tasmania for conservation.

And the even better news is, this year, the beer is back, renewed and re-brewed thanks to a partnership between the museum and Australian brewing company James Squire.

Cultured in test batches, Museum conservator David Thurrowgood, who holds a double degree in journalism and chemistry, took it upon himself to see if the original samples’ yeast was still viable.

A partnership with the Australian Wine Research Institute ensued from the positive findings, and their national laboratory in Adelaide helped to isolate the yeast for brewing in commercial quantity (via the BBC).

“The project (then) scaled up further when James Squire came on board to brew beer from the yeast in commercial quantities, with the ultimate aim of releasing it for sale.”

The surprise came when head brewer Haydon Morgan found the yeast to have significantly different properties to its modern-day counterparts, rapidly consuming all the available sugar in the ferment, and producing a dry beer.

This meant that even after 200 years on the seabed (and months in laboratory bottles), “It revived quickly and could still be brewed, whereas a contemporary commercial yeast would be dead within weeks,” (BBC).

Following this revelation, the team experimented with recipes based on the types of beer brewed in 1797, the year the ship went down. These included darker ales such as Porter, IPAs and ‘small ales’, which were lower in alcohol by volume.

Of the three, they decided that the Porter style would be most palatable to modern consumers, and created a beer with a “rich, smooth taste” and “hints of blackcurrant and spices” (BBC).

Now named ‘The Wreck Preservation Ale’, the beer is bottled under James Squire, and boasts ‘spicy clove aromas and a touch of chocolate’.

In terms of whetting your gullet, limited editions of the stuff have just been released in James Squires brew houses, while another small supply is available at the Queen Victoria Museum & Art Gallery in Launceston, Tasmania.

RELATED: What Your Choice In Beer Really Says About You