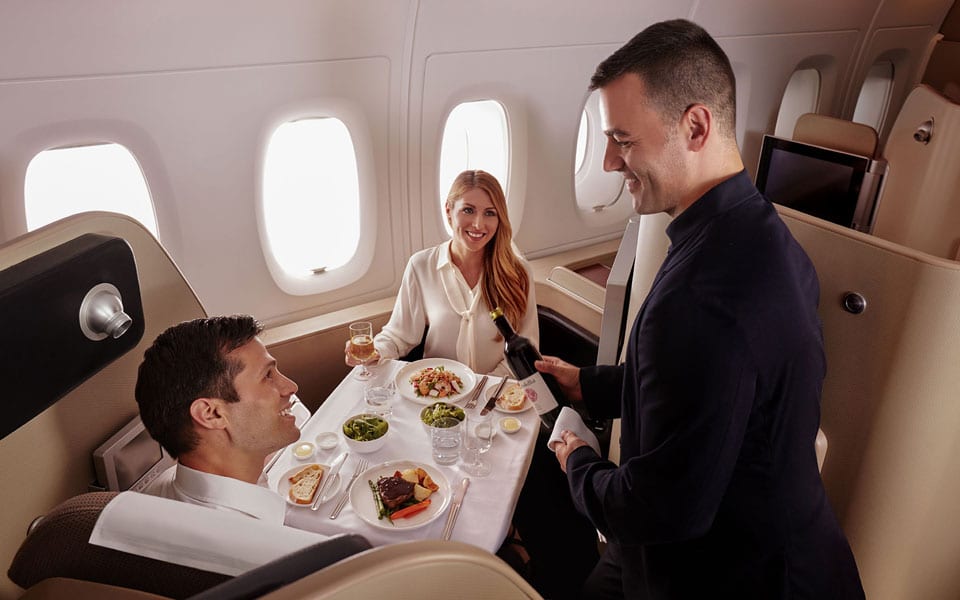 Pointy End flyers are used to getting everything they want. However, no matter how much you pay, there is one dish Qantas will never serve in the sky: crispy tempura.

As reported by News.com.au, “To launch the new First and Business Class Lounge and In-flight spring menu, Rockpool Chef Alex Woolley showed off a string of new dishes designed specifically for the warmer months.”

However, even though crispy dishes (like Salt and Pepper Squid, of which customers eat 100,000 serves every year) are some of the most ordered menu items in the First Class lounge, Chef Woolley says that – no matter what – they will never take this concept to the air.

“We are focused on what will eat well and fly well while maintaining integrity… So we would never try and do a crispy tempura in an aircraft because you will never be able to replicate that, so we stay away from things you will have bad quality in the sky,” News.com.au yesterday reported.

“But the rule is, anything crispy really is a challenge in the air, so we won’t do it. Some things just need to be left on the ground.”

That said, a few favourite dishes will be making a first-class resurgence, like the snapper in garam masala, a dish which hasn’t been seen on Qantas in 10 years.

Not to mention the Affogato dessert, a tea-smoked Bundarra pork with black vinegar sauce, seasonal greens and jasmine rice, all set to ensnare the senses of first-class passengers.

As for business-class, guests can now enjoy chicken schnitzel and Swiss cheese toasted sandwiches, and chocolate bread and butter puddings with mascarpone.

Economy passengers don’t go neglected either, with this bi-annual menu change including a fresh roast chicken salad with tahini, kale, spiced cauliflower and cranberries, a lamb shepherd’s pie with parmesan crumb and green beans or the choice of steamed fish with black pepper sauce and shiitake mushrooms, jasmine rice and choy sum.

And who’d have thought – air travel used to be known for its suspicious smelling curries and stale bread.