“It’s been an eventful morning.” 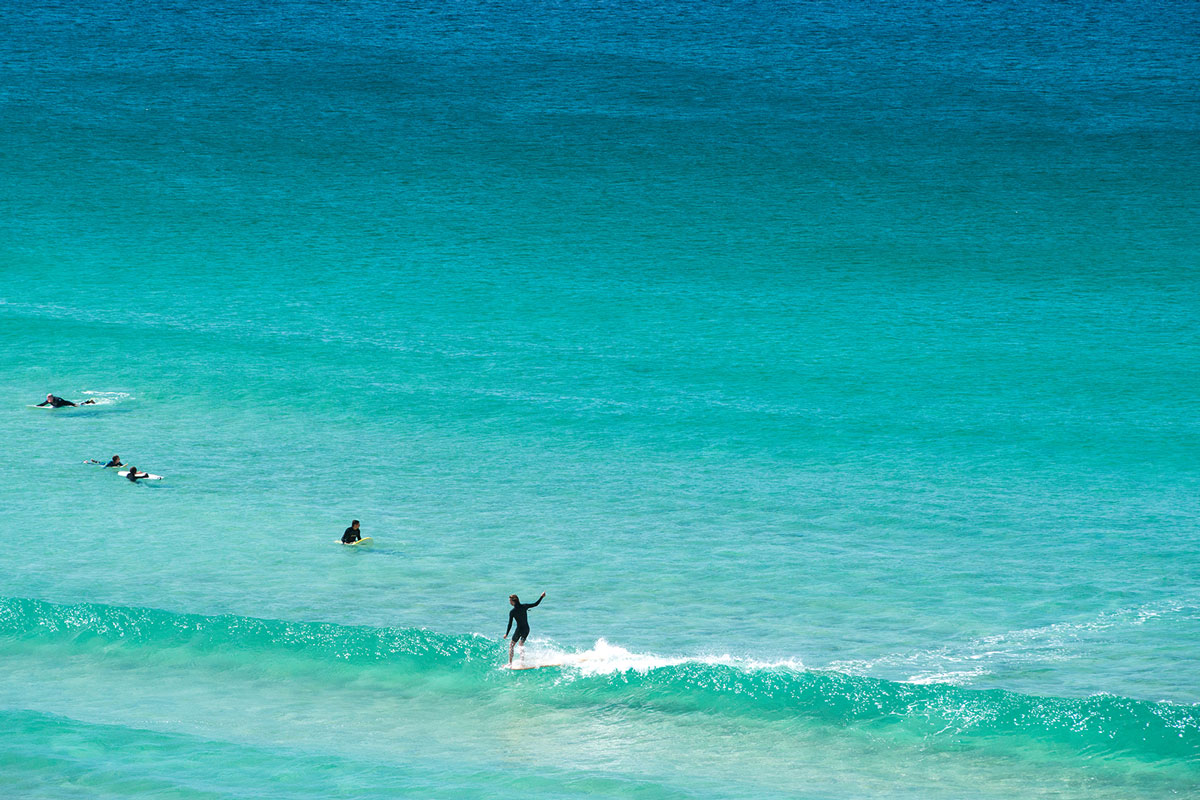 Bondi, Australia’s most iconic beach, is known for a lot of things. But it’s not really known for sharks.

There are a few reasons for that: other than not fitting super well into tourism campaigns, it’s true that, for some reason or another, apart from a spell in 2009, Sydney has been relatively lucky when it comes to shark attacks.

However, drone footage taken in waters just off Bondi Beach this morning (in Bronte, the next beach down, moving south) proves why, though there’s no reason to be alarmed (sightings happen every year), you should never get complacent about what’s under the surface.

Shot by Drone Shark App videographer Jason Iggleden, and posted on his Instagram story, the footage shows what first appears to be a group of 3-4 Bronze Whalers heading towards Bronte around 8:30am.

On closer inspection, Jason spots “a large unit” amongst them, which he tells DMARGE exclusively, there’s “a good chance” was a 2.8m Great White.

“I can’t 100% guarantee it but… the nose is pointy and the movement… like I said… [appears to be that of a Great White].”

For comparison, he then posts a video of how a Bronze Whaler swims, in a “more agile” fashion.

Speaking to DMARGE, Jason explains how he reacts to these sightings: “Any shark other than a Grey Nurse shark I have been informed by council to inform Lifeguards if they become close to beachgoers and especially if they’re amongst the salmon.”

“50% of surfers stay in if it’s a Bronze Whaler but if it’s a Great White they all get out.”

Jason, who is out filming almost every day, also tells us these sightings, for him at least, don’t happen too often: “Bronze Whalers have only shown up in the last couple of weeks. Prior to that I didn’t see one since last year and it all depends on the salmon for all sharks.”

“The one this morning is not 100% confirmed a Great White but I’m pretty confident it was by the movement. The last time I saw a Great White was back in May last year 2019.”

This morning’s is also not the biggest Pointer he’s seen. “[The] biggest shark I’ve seen is a Great White at Tamarama January 2019; it was 3.5m to 4m long,” Jason tells us.

This sighting comes in a context where scientists and surfers are faced with rising incidents of shark attacks on the NSW North Coast.

According to a 2015 report, though, there hasn’t been an unprovoked shark attack fatality in the Sydney region since 1963.

On why Sydney, so far, has been so fortunate, Jason says: “That’s a good question but maybe it’s a little bit deeper water and a little murky [up the coast]. It’s a lot cleaner around here that’s the only thing I can put it down to.”

We’ll leave this for the experts (and surfers) to debate.