“I’d been sold on 6 minutes more on a quiet Sunday morning. But I’d bought much more than that.” 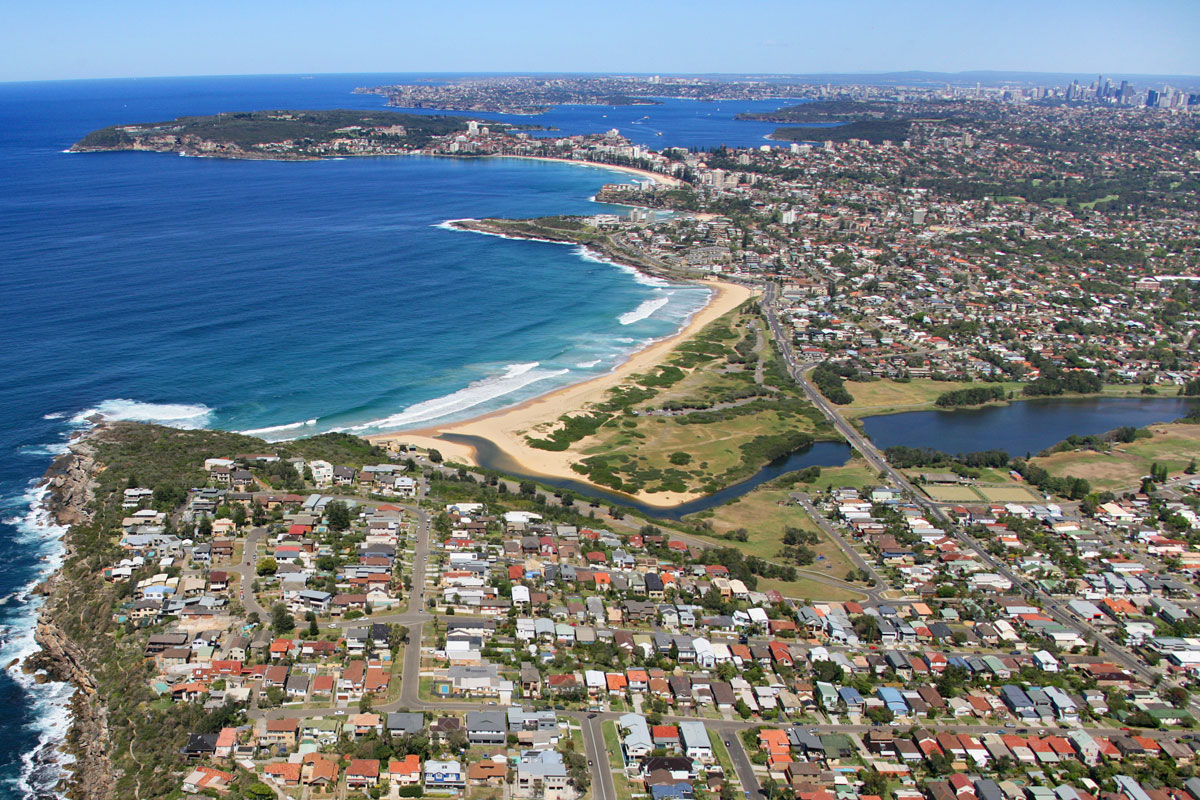 Yet harbour-city dwellers continue to pick up massive mortgages in order to be in the thick of the action (or in a desirable suburb).

Studies have shown Sydney is not only the most unaffordable market to enter in Australia but, by certain metrics, “more expensive than New York, London, and Singapore.”

It’s getting worse too: a 2019 Yahoo Finance report suggested median income households in Sydney needed at least three years’ more income to afford a median-priced home than they would have in 2004 (even after a significant property downturn in 2018).

Enter: a recent photo, taken by James Whelan, an Investment Manager at VFS Group in Sydney, whom DMARGE has previously spoken to about investing.

DMARGE recently spoke to Whelan in his capacity as a weekend jogger, after he posted an image of a property auction on his Saturday afternoon run.

“I kept jogging. There was more bidding. If it all goes tits up on the market I can flog my pile for a few dinaris.”

However, Sydney’s insane property prices may be more justified than such commenters believe.

In response to the comment: “Stupid. Drive 45 minutes north and you can literally buy 750 acres for less,” Whelan wrote, “Yeah I tried living a few minutes north it was unbearable.”

AND THE REST!! What a great city!! pic.twitter.com/p96R5mStEF

Whelan elaborated to DMARGE: “I learnt a lot about sales on that trip. My wife drove me up north a few suburbs and said ‘look! Only 6 minutes further from town!’ So I bought this nice place that was bigger and spent the next 2 years on a bus stuck in traffic getting home.”

“It would add 30 minutes to the commute, which was fine when I was studying (because I’d tear through notes on the bus), but not fine with 2 little ones at home and a wife who needed me there.”

“There wasn’t the sense of the village either. No school community to speak of, minimal charity (which is a big deal for me). No real dad’s group to talk to either. These things I started and we had on the lower north shore but not on the beaches. Eldest was miserable at preschool. The kids weren’t friendly and the boy/girl ratio was ~80%.”

“I’d been sold on 6 minutes more on a quiet Sunday morning – but I’d bought much more than that.”

In light of insights like this, as well as the remarkable resilience so far of Sydney property prices even after the dire predictions that came out of Covid, the question: “will the bubble ever pop?” seems more valid than ever.

RELATED: The ‘Tasty’ Sign An Australian Suburb Is Set To Boom

Gavin Rubinstein, one of the Eastern Suburbs’ leading estate agents told DMARGE the Sydney property market is underpinned by real value: “Sydney is the greatest city in the world. There is no land left in the Eastern suburbs and demand is growing daily.”

“We are surrounded by water and the lifestyle is second to none. There will be peaks, there will be troughs but ultimately as precedence has shown, the market around here only goes one way and that is up.”

Does Rubinstein have a vested interest in saying that? Absolutely. Is he wrong? We’re yet to hear a convincing argument to the contrary (that said: there are certainly ‘safer bet’ suburbs than others, and Rubinstein was speaking specifically about the Eastern ones).

Though he couldn’t comment on anyone’s individual situation, Brown said, “Interest rates are sitting just over 2% at the moment – what a great time to borrow money [or] invest in your own home [if you can afford it].”

It seems savvy buyers really are taking this so-called golden window of opportunity to get their mitts on a house.