This English-born, Australia-residing style guru has worn many hats. Australian TV viewers know him as a judge on The Block, while magazine aficionados have been following a career that includes the launch of delicious, editor in chief of Belle and, currently, editor in chief of Vogue Living. Living in Sydney with his partner and two Weimaraner dogs, Whitaker chats with Rachelle Unreich about design, dream destinations and the best advice he ever received. 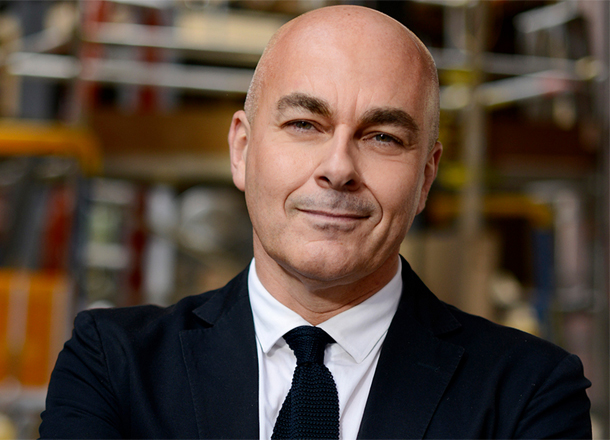 RU: Are people ever scared of having you over to their house, the way some might be reluctant to cook for a chef?

NW: I’m filled with horror when I think people might feel that way. I don’t judge anything at all in my own private life, and I would certainly not judge anybody’s home. You’d have a good time [judging me] if you came to my house; the fact that I have two unrenovated bathrooms and I’ve been in the house for almost a decade tells you something. When you look at beautiful houses all day long for work, the last thing you want to do is to do it yourself. It’s like chefs who get home and all they want is a piece of toast with some baked beans on it.

RU: What would your dream home be?

NW: The place I just returned from in Bali – the Como Shambhala in Ubud – is pretty high up on the list. So is The Jim Thompson House in Bangkok. I’m a great lover of Asian houses that are open to the elements, with wooden floors, plantation shutters. That Asian style of living would be my dream.

RU: What is the best design advice you could give for the D’Marge readers?

NW: Your home should be a reflection of the life lived in it. I have no time for passing trends of fads. If blue is the colour of the moment and you don’t happen to like it, then don’t go near it. Your home should be a reflection of you and the life lived there, an amalgam of all sorts of personal effects, memories of travel and assorted things that tell the tale of your life.

RU: What does your home reveal about you?

NW: My life and my partner’s life – everything has been chosen for a specific reason. A lot of things were picked up on our travels around the world together. All I can see now is books, books, books – we have floor to ceiling shelves in our open plan living-dining area, but the books have taken over that area a bit. I have devoured books my whole life; I get through several novels a month. I’m a big fan of Christos Tsiolkas, and also a huge one of Nigerian American writer, Chimamanda Ngozi Adichie. I also love many Indian writers – V.S. Naipaul, Anita Desai, Rohinton Mistry.

RU: Here’s a design question: What do you suggest someone does if his partner has very different taste to what he likes?

NW: There always has got to be an element of compromise. Find pieces that work for you both. I don’t believe that one person should sacrifice their taste or be subordinate in any way – you have to find a middle ground. If you’re lucky enough to have a huge house, where you can carve up the rooms, great.  But not many people are in big enough houses to cope with that.

RU: Is there anything you collect at home?

NW: Art. In my living room, every conceivable wall space is covered with something. We are quite committed collectors. I don’t mean that we spend huge amounts of money in galleries, but we pick up what we love where we can find it. If I’m bringing back something from overseas, I’ll always pick up something to put on the wall. I’m particularly fond of the four Robert Dobles we have on the wall at the moment. I love a Vietnamese abstract watercolour of a Buddhist monk from Vietnam, and a contemporary photograph of street gangsters in China by Paul Westlake. And there’s a painting by Sydney artists Gillie and Marc, of myself, my partner and our Weimaraner dogs. It sounds corny, but it’s beautiful.

RU: You’re a man of fine taste; do you have ugly dog stuff?

NW: Our dogs don’t have many things. They only like to play with tennis balls; dog toys have always been ignored. They do have a beautiful, old leather sofa that they’ve taken over. They shouldn’t sleep on it, but they do. 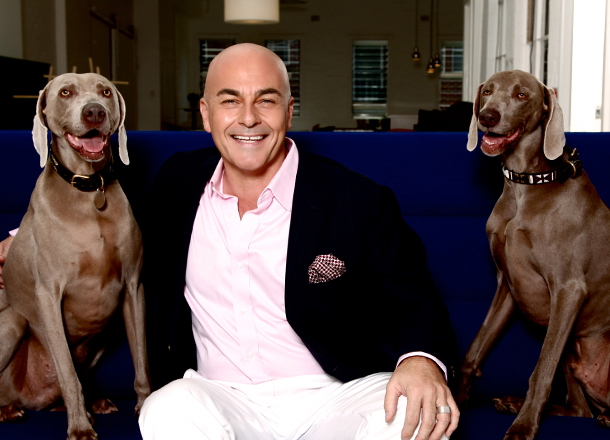 RU: Do you have bad taste in anything? Music?

NW: My music taste is everything from show tunes to folk music to classical to Gregorian chants to Eurovision song winners. I’m not remotely precious about that stuff. With the painting of us with the dogs, some people love it and some people hate it and think it’s the height of bad taste. But we don’t care.

RU: Your career path has been incredible. Among the many highlights, you launched food magazine delicious, you edited Belle for many years, you’re a judge on The Block and you’re about to head up Vogue Living as editor-in-chief. Have there been any missteps?

NW: My career might appear on paper to seem confident and assured but it has been quite haphazard. I went through a period of incredible insecurity when I left England back in ’99 to move to Australia, because I was taking a bit of a leap – it was like jumping off a cliff, but I had to do it, even though I wasn’t sure how it would play out. There have also been moments where I haven’t been enjoying myself. I don’t have any special formula for how to deal with it. I try to get on with it and make things better, and if I think it’s time for a new opportunity, I go in search for it. Australia’s been very, very good to me. Right now I feel like I’m in a good place.

RU: You seem very measured. What infuriates you?

NW: I get absolutely infuriated about a lot of little, silly things. People who call me up and email me and say, ‘Can I pick your brain?’ They want my advice and can be incredibly demanding. And then they’re rude when they don’t get the response they want. I also get a lot of PR people contacting me with crazy story ideas, which makes me think they have never looked at anything I’ve ever edited. I have people calling me to pitch everything from ice-cream to walking sticks to chairlifts, and I say, ‘You know I work at an interior design magazine, don’t you?’ But seriously, there aren’t many things that drive me mad. I’m a fairly reasonable person.

RU: What’s the most memorable time you were recognised?

NW: It’s always nice to be recognised. Once I was on Crown Street in Surry Hills, walking along, and these guys were walking behind me. As I got to the traffic lights, they were calling out, ‘Neale! Neale! Neale!’ I turned around with a big grin, and they said, ‘Neil Perry – you’re that guy from MasterChef!’ But you can spend twenty five years in magazines and you’re still known as the guy from The Block. I kind of like it, though.

RU: When you were growing up, what was the epitome of stylishness for you?

NW: I grew up in England in the late 1960s, 1970s and it was a bit of a style desert. I aspired to friends’ homes, which was terribly unfair, as there was nothing wrong with mine. But at one point, we had our sitting room wallpapered in a bamboo print, which I thought was terribly chic and stylish – things started to look up from that point. 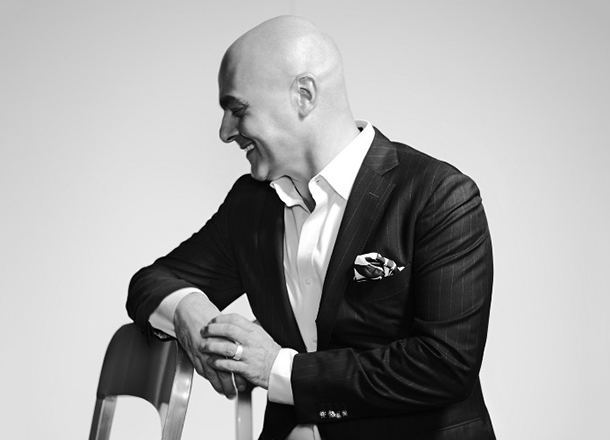 RU: What did you spend your first big paycheck on?

NW: My own apartment in England. That’s what people do in England. As soon as you get a paycheck in your pocket, you get a mortgage. It’s like a rite of passage. I was only in my 20s.

RU: What’s the best advice you ever received?

NW: I had a domineering, eccentric boss many years ago when I worked on British Harpers & Queen, who told me I needed to smile more. She said I was way too serious but that if I smiled, I could get whatever I wanted. It kind of worked. It’s something I’ve remembered all my life as my natural look is quite serious and forbidding. I practise my smile to remind people I have a sense of humour.

RU: What makes you laugh out loud?

NW: British sitcoms that go back to the ‘70s, the cornier the better. Robin’s Nest, Are You Being Served?, George &  Mildred, The Good Life. I still watch them on UK TV. Fortunately, my partner loves them too.

RU: What’s the best advice you have on love?

NW: You’ve got to try to make each other laugh, give each other space when you need it and understand what makes each other tick.