Ever Wanted To Drive A Porsche Really Fast? Here’s Your Chance 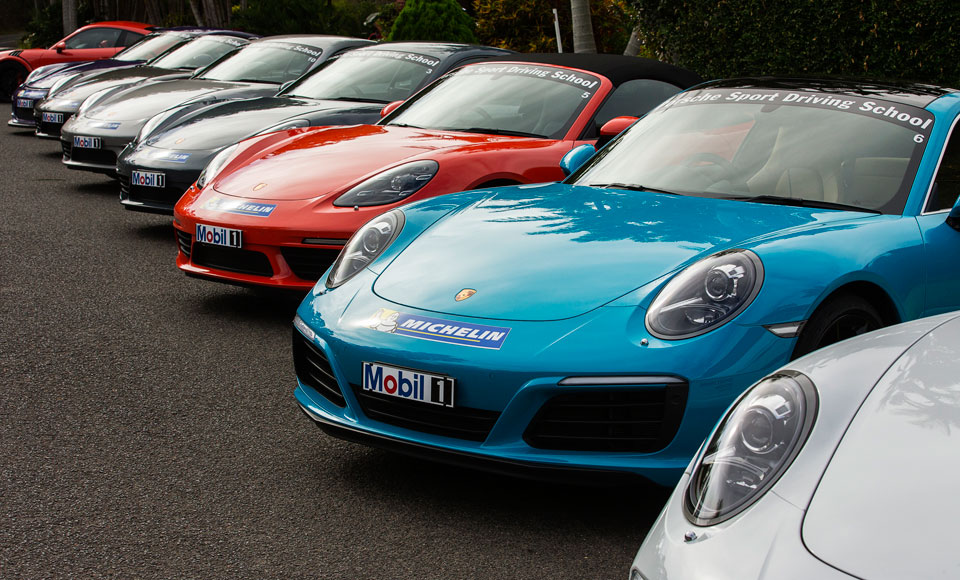 In a secret location tucked away from the prying eyes of Sunday drivers and trigger-happy authorities, there resides a mystical playground. Porsche‘s mystical playground to be exact. This is the Porsche Sport Driving School of Australia, a multi-functional facility located somewhere between Brisbane and the Gold Coast.

“Kind of in the middle of nowhere,” is how Paul Ellis, the Director PR for Porsche Australia, describes it. He also makes a pretty handy bus tour guide for the day too but the real stars here don’t talk and instead come with four wheels and horizontally-opposed cylinders.

The agenda for the day was simple: Learn how to extract the most from Porsche’s stellar portfolio of road cars with help of professional race drivers. It’s easily one of the roughest days we’ve had at work.

So with our brains happily switched from commuter mode to driver mode, here’s how it all went down at Porsche’s school of cool.

From Novice To A Better Novice

Let’s not kid ourselves. Everyone who comes to partake in Level 1 of Porsche’s sport driving program is considered a novice regardless of your perceived skill behind the wheel after a few laps in the McDonald’s carpark. It’s just the way the German cookie crumbles, but it’s the right way.

There are five levels in the driving program which kicks off with Precision (our day), before progressing to Precision Plus, Performance, Master and the top tier GT3 Cup.

Proceeding through these levels is basically like playing a Gran Turismo video game where each level teaches the driver new skills in car control before unlocking faster cars to toy with on the tarmac. But before that happens, a driver needs to ‘graduate’ and it all begins with Precision.

The activities kicked off the night prior at a dinner where we got to meet our fellow driving cadets which included world-champion Olympic snowboarder and professional smiler, Torah Bright. Cool Fact: Torah has never broken a bone in her body considering she’s been carving up snow all her life. She’s also pretty decent behind the wheel so that made her one of the more aggressive drivers to watch during the day’s activities.

Given that we were on Porsche’s sacred driver training grounds, it wouldn’t be a case of pick your expensive ride and pray you don’t wrap a tree.

Porsche’s Chief Driving Instructor and Bathurst 1000 veteran Tomas Mezera was on hand to provide the class with all the pre-driving knowledge and cautionary tales they’d need – minus all the political correctness of today’s society. It was awesomely refreshing and he made a many laugh – uncomfortably.

Helping him out was a team of clam and collected gun drivers which included Dick Johnson’s son and current V8 racer, Steve Johnson.

The Art Of Car Control

The whole point of the day wasn’t to see how fast your Porsche could go (although that did seep into some activities) but rather how to control a modern sportscar at speed. This meant going back to basics and looking at things such as the correct seating position, steering and vision control, accident avoidance in wet conditions, learning the racing line, feeling the load change on fast cornering, understeer, oversteer and of course fun stuff like drifting on a wet skid pan. They call this ‘car control’.

When all the formalities were out of the way, drivers were sent onto a wet track slalom which combined all of the aforementioned skills into a single timed session. The driver who did the slalom in the shortest time without incurring any penalties was deemed the day’s fastest. Needless to say a motoring journo took out the win.

Fun stuff aside though, the highlight for us would have been carving up the short circuit with a 911 whilst sitting next a pro driver who guided us through every corner. It’s one thing to be told how a car behaves at speed, but to actually feel it means you can also identify your mistakes and iron them out with every progressive lap. The result is evident by the end of the day with the way your Porsche just glides into every corner with maximum control and stability before launching out of the apex with poise. Driver, meet Better Driver.

One note worth mentioning is the array of Porsche cars on offer to sample. Precision day includes getting behind the wheel of the Cayman, Cayman S, Boxster, Boxster S, 911 Carrera, 911 Carrera S, 911 Carrera 4S, Panamera, Cayenne Diesel and Cayenne GTS.

We’ll admit, we were a little disappointed when we found out we wouldn’t be getting behind the wheel of a GT3 but as the day went on and a driver’s true skill was brought to light, you began to understand why. Handing a novice a +400hp car would be rather pointless (and irresponsible) if they didn’t have the fundamental road skills to harness that kind of power.

The range that we got to drive had more than enough poke in them for the activities we were conducting. Any more and some of us would either need to change underpants in between sessions or go home in an ambulance with a hefty write-off bill from Porsche.

Porsche are a friendly bunch. Sure they might laugh at you when you forget the track layout and drive around in circles on the slalom, but when it comes to creating memories for life, nothing beats being strapped into the batshit-crazy, Nurburgring-conquering, 911 GT3RS. The car is basically a fully evolved version of the current 911 model in full race trim – which is also legal for public roads. And riding shotgun with a pro driver in one of these beasts? Yours truly.

Sitting in one of Porsche’s top-tier performance vehicles with someone who knows what they’re doing behind the wheel simply highlighted the potential of a fully focused 911. Stable, ravenous power delivery and that sweet exhaust note from a turbo flat-six is both frightening and intoxicating.

You might not walk away a race driver, but you’ll definitely walk away as a more proficient one. With a smile.

To find out more on how you can drive Porsches to the limit without actually owning one, head over to Porsche Sport Driving School. 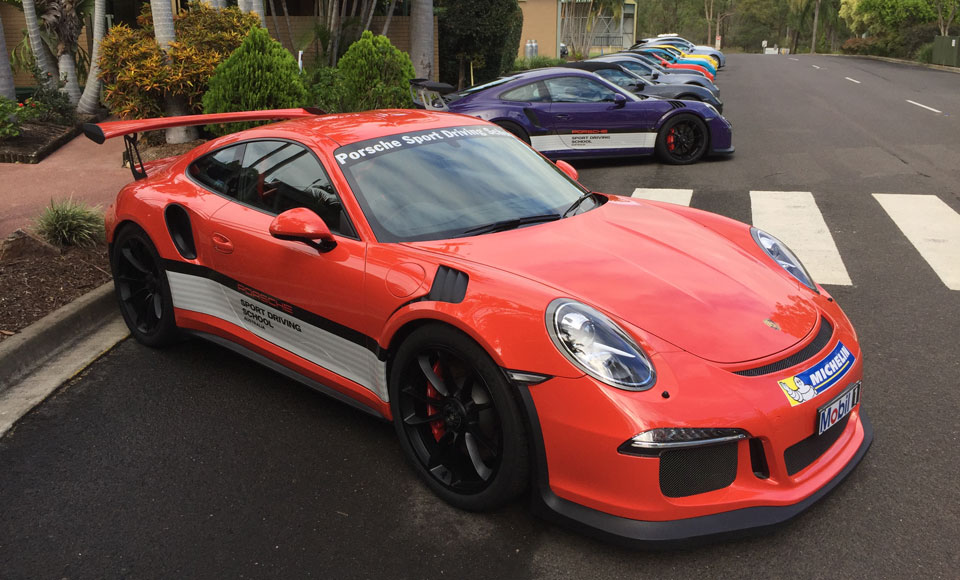 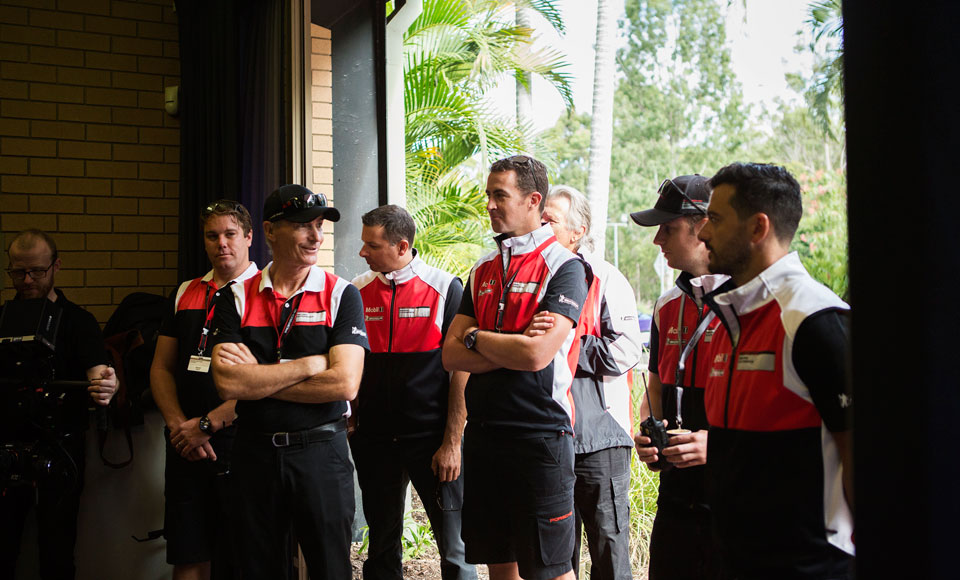 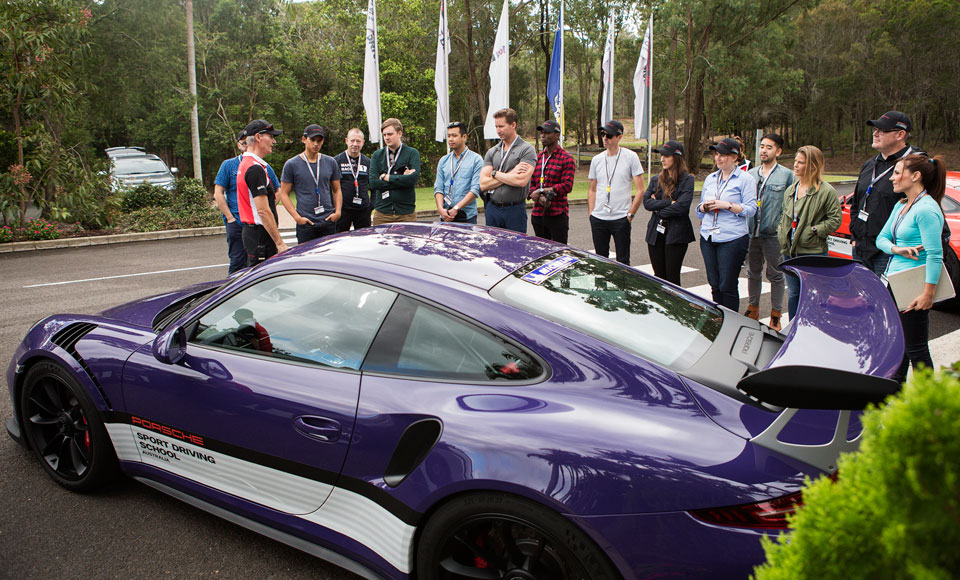 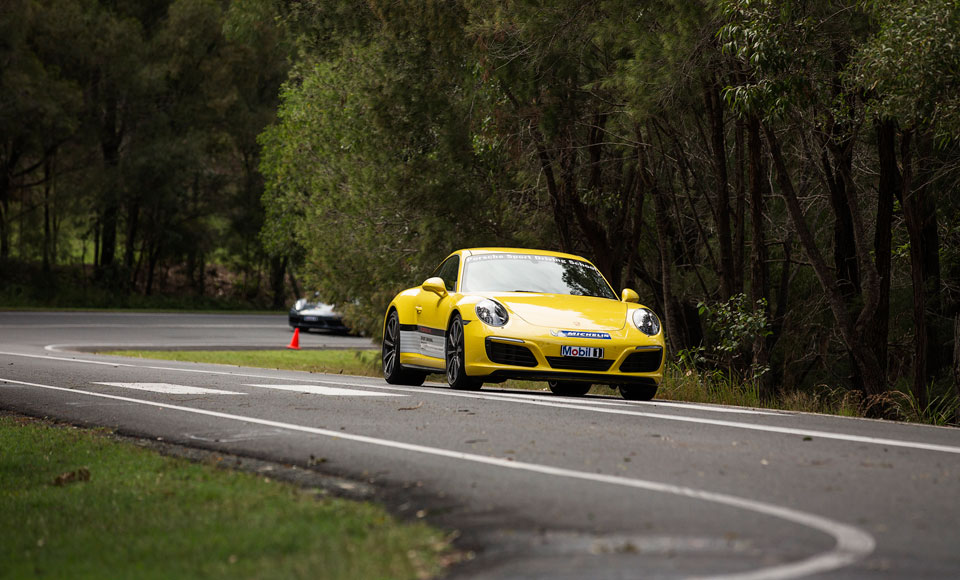 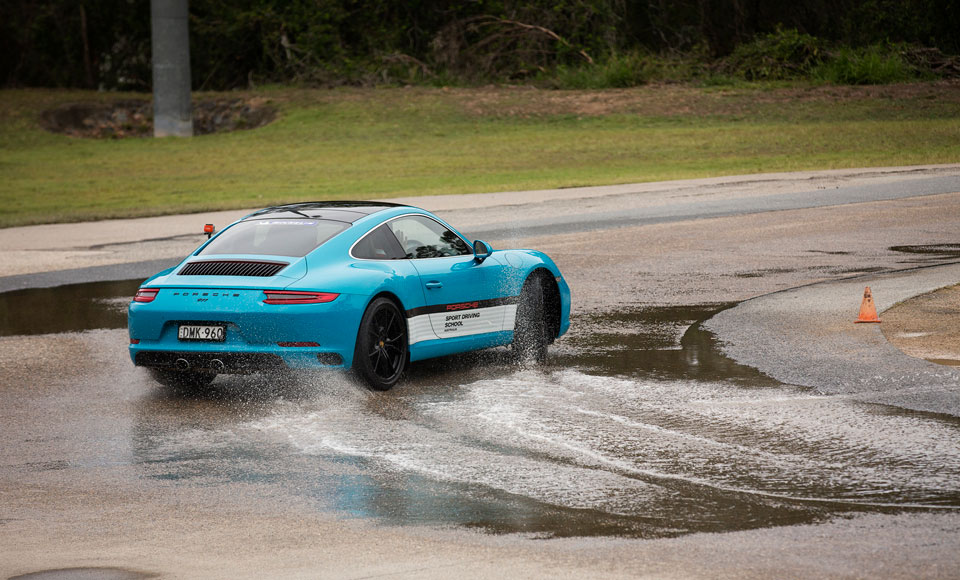 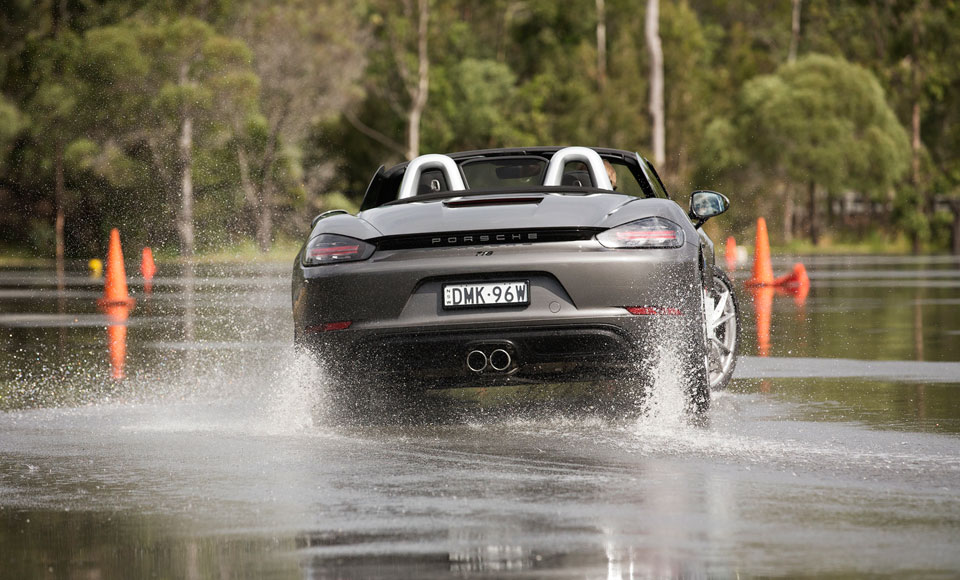 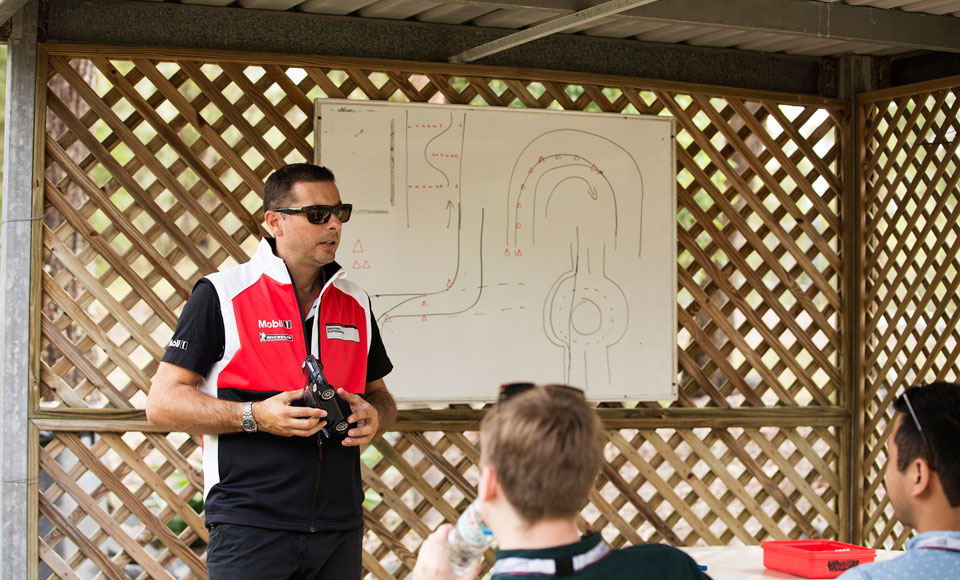 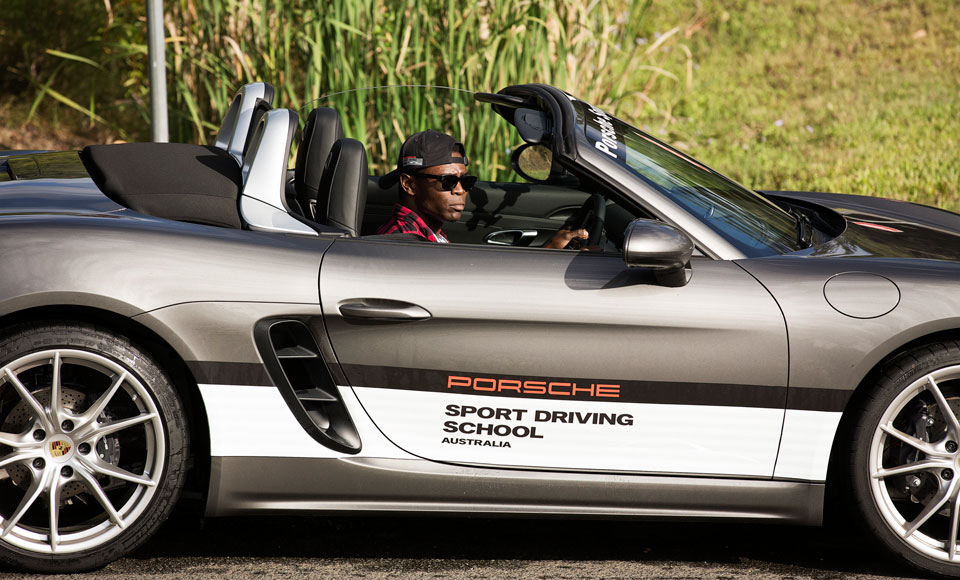 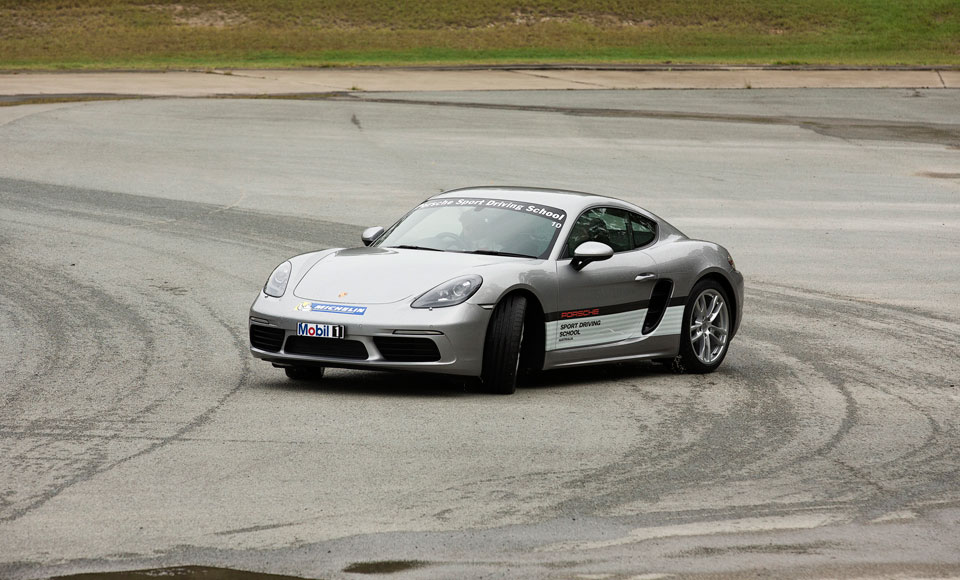 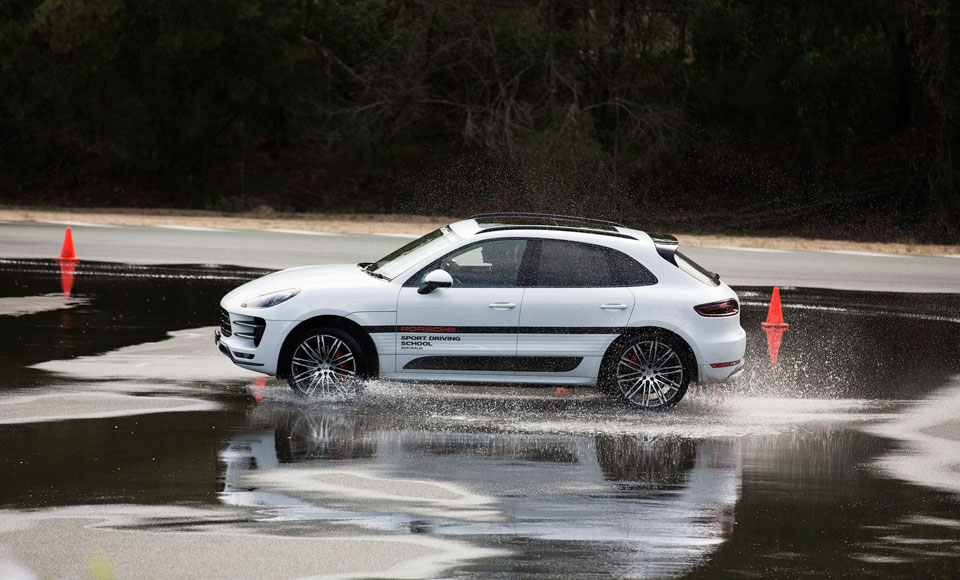 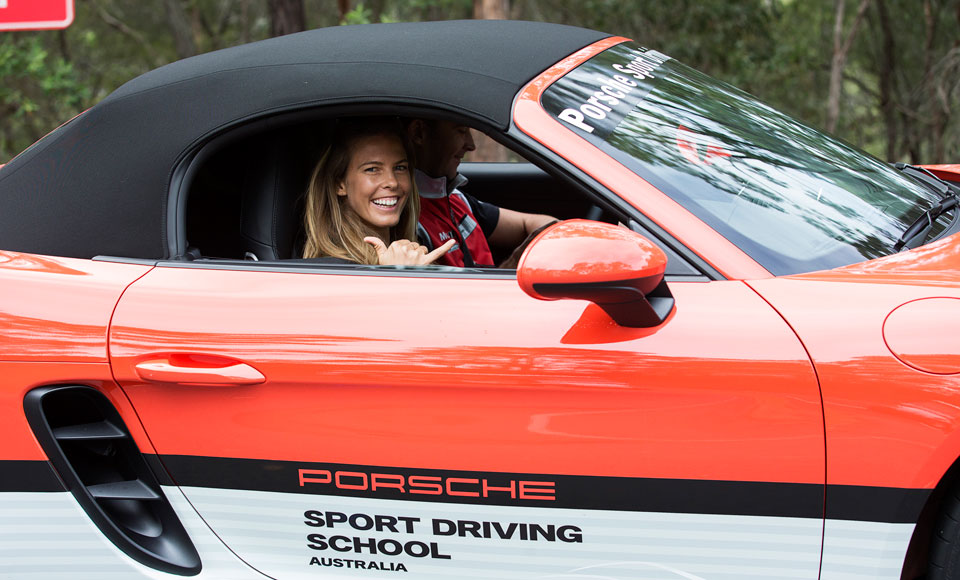 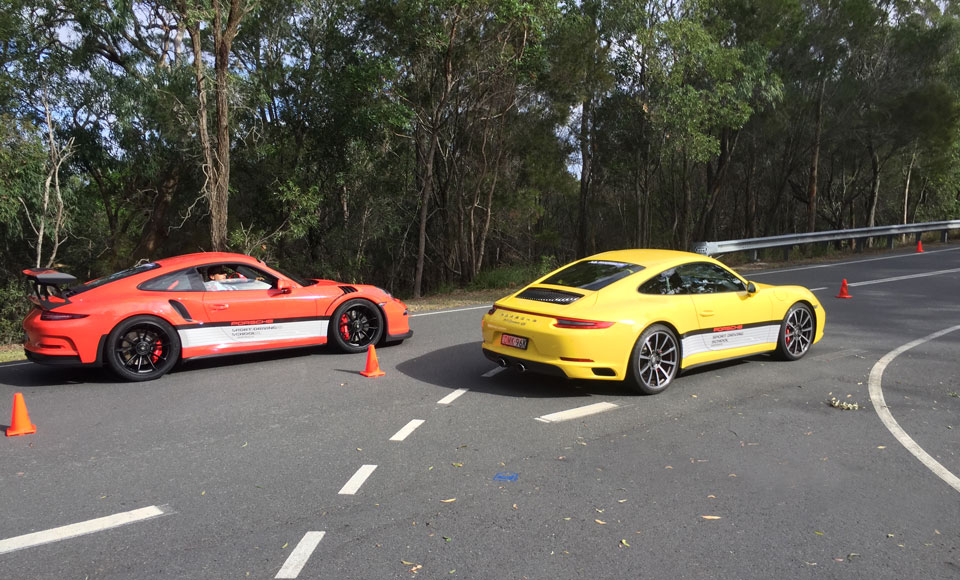