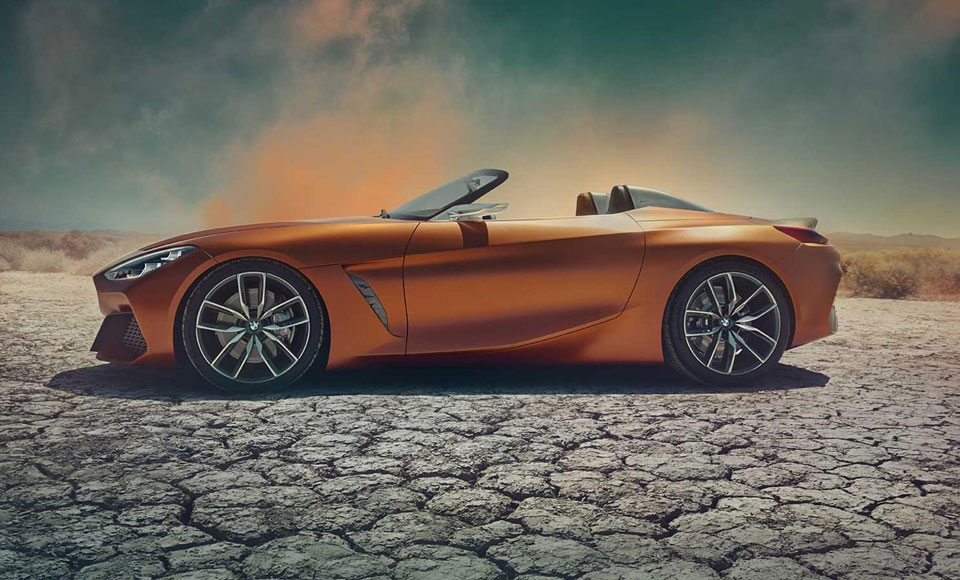 The next generation BMW Z4 has been teasing punters for long enough and today it was leaked to the public ahead of its Concours d’Elegance Pebble Beach debut.

Given that the last Z4 model came out almost nine years ago, the anticipation for the Bavarian carmaker’s revamped roadster has been high – but not from those who you’d assume.

Whilst satisfying the design criteria for any performance-oriented German vehicle, the BMW Z4 G29 will play a wider role in forming part of the technical basis of Toyota’s fabled Supra badge, the Supra J29.

What you’re looking at here is the stunning result of a sportscar partnership between Germany’s BMW and Japan’s Toyota Motor Co due for arrival in 2018. The formula is simple – a long bonnet, a compact and focused cockpit, seating for two and a short rear section. All of this culminates in providing pure driving exhilaration for the lucky sod behind the wheel.

A closer look at the design reveals many striking features which hint at the car’s intention of speed and agility. There’s the mandatory fender vents which flow onto the side of the car’s heavily sculpted shoulders for a masculine stance.

There’s massive 20-inch wheels which likely won’t make it to production. There’s futuristic L-shaped tail lights which flow into the integrated spoiler and there’s a matte Frozen Energetic Orange hue which should attract the eyeballs at the launch event.

Even the cockpit of the Z4 Concept is a place of purpose and precision. Flat-bottom steering wheel complete with centre line indicator, paddle shifts, uncluttered controls, minimal distraction from electronics and a dedicated head-up display all play a part to ensure that a driver’s eyes can remain on the road.

It may be a concept for now but it’s certainly the best look yet at the next generation Supra under the skin of a BMW Z4. 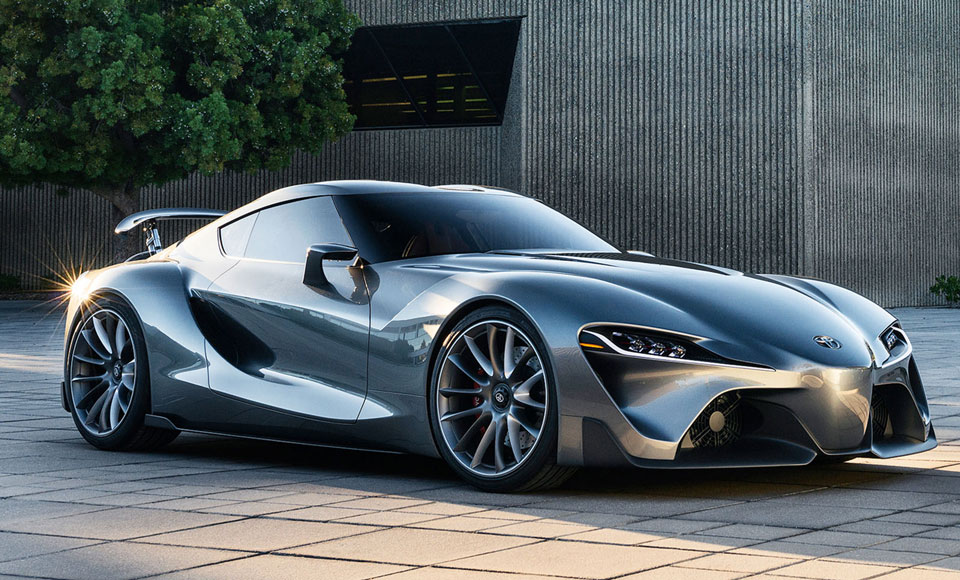 Toyota FT-1 Concept: The blueprint for the next generation Supra

Early reports have indicated that the vehicle will receive two engine options in the form of a turbo four-cylinder (B48) and a six-cylinder petrol engine (B58). 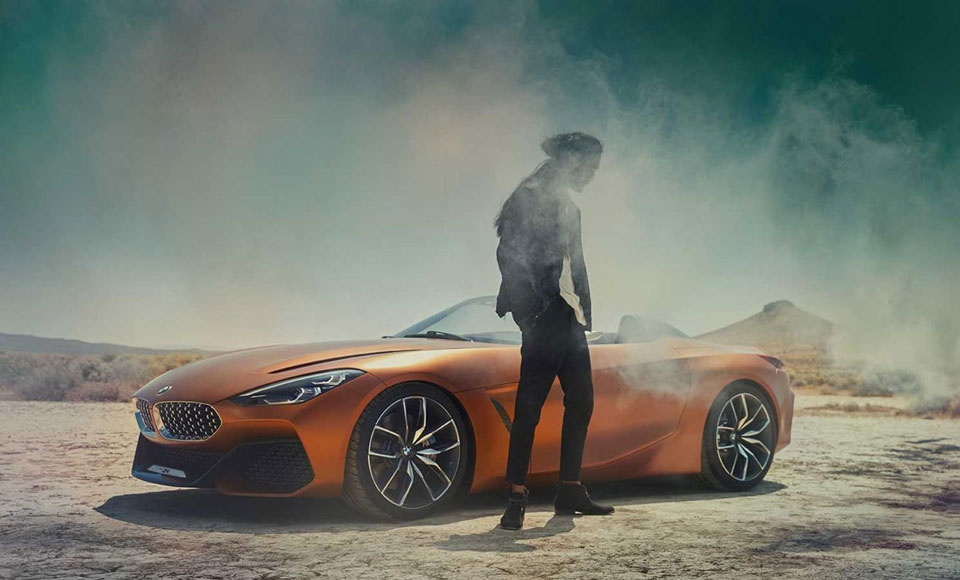 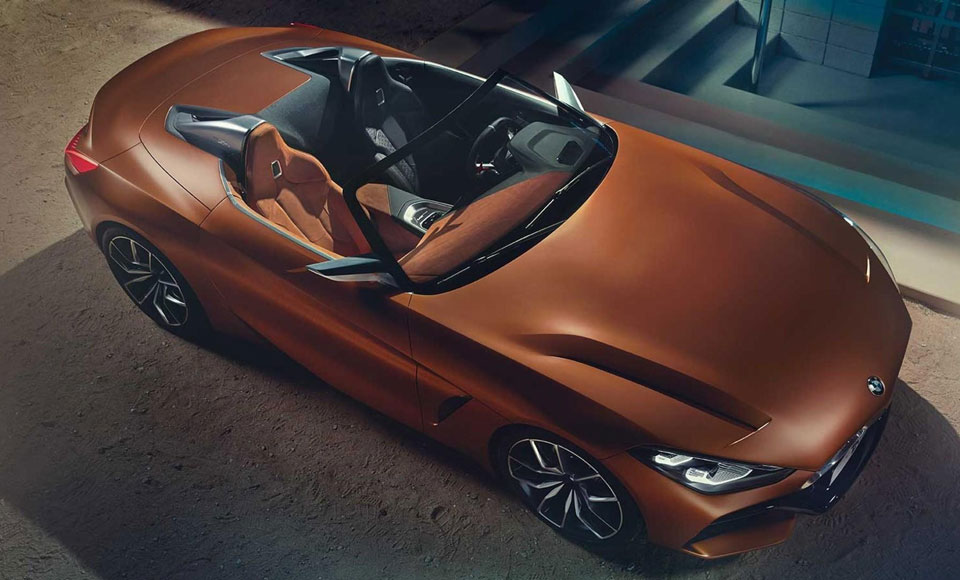 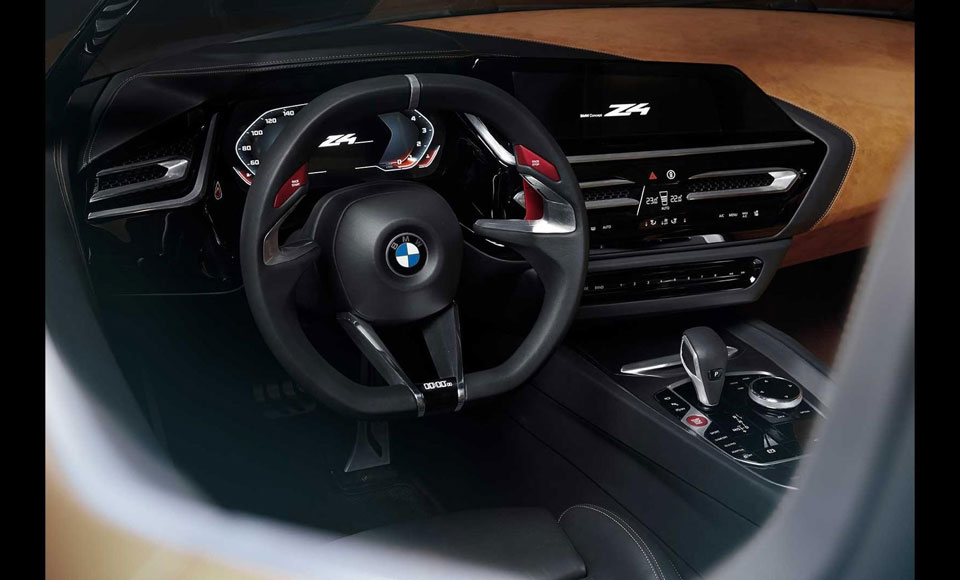 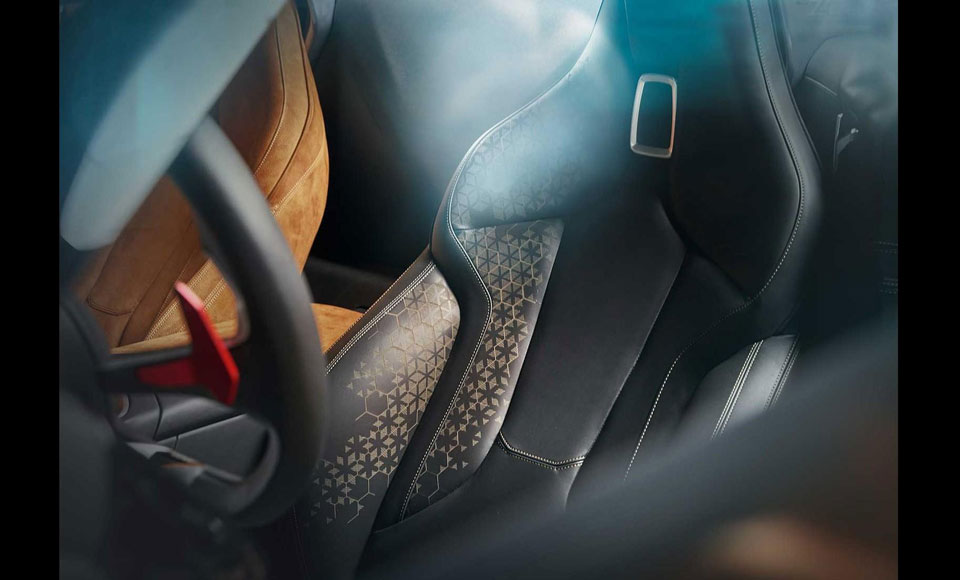 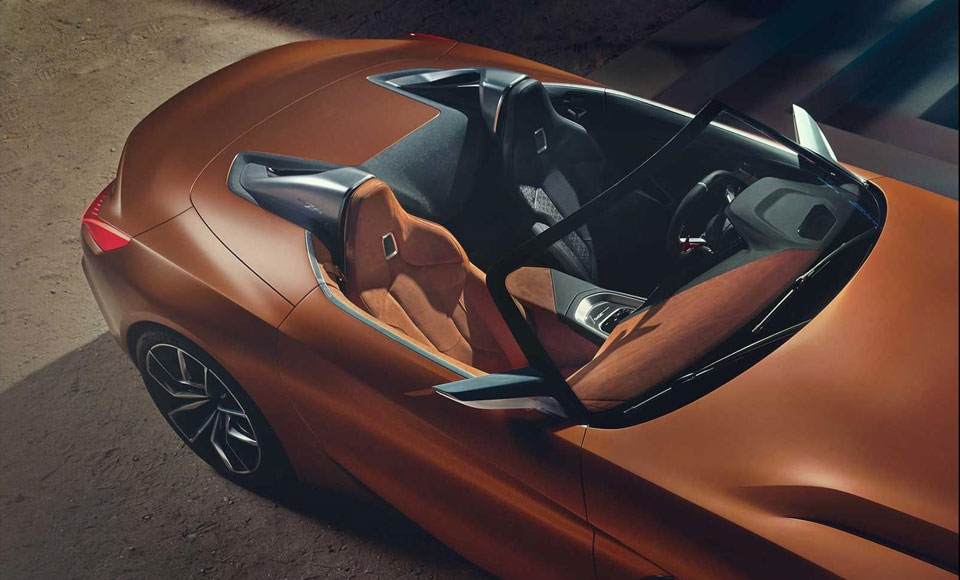 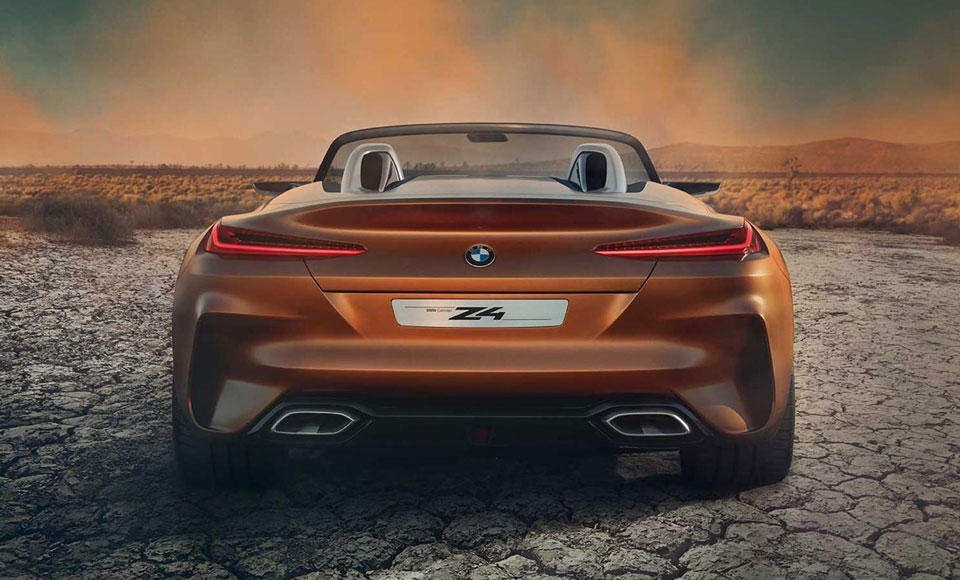 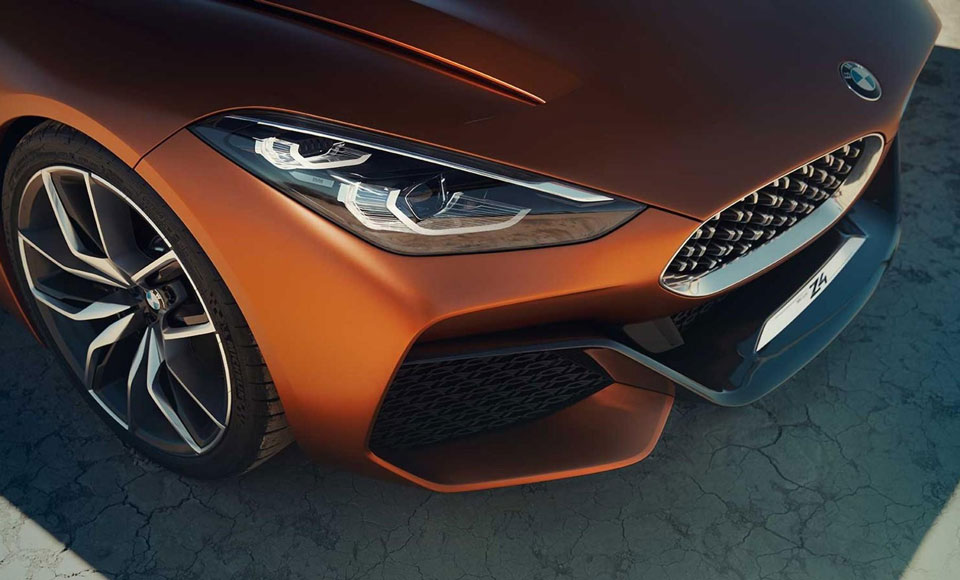 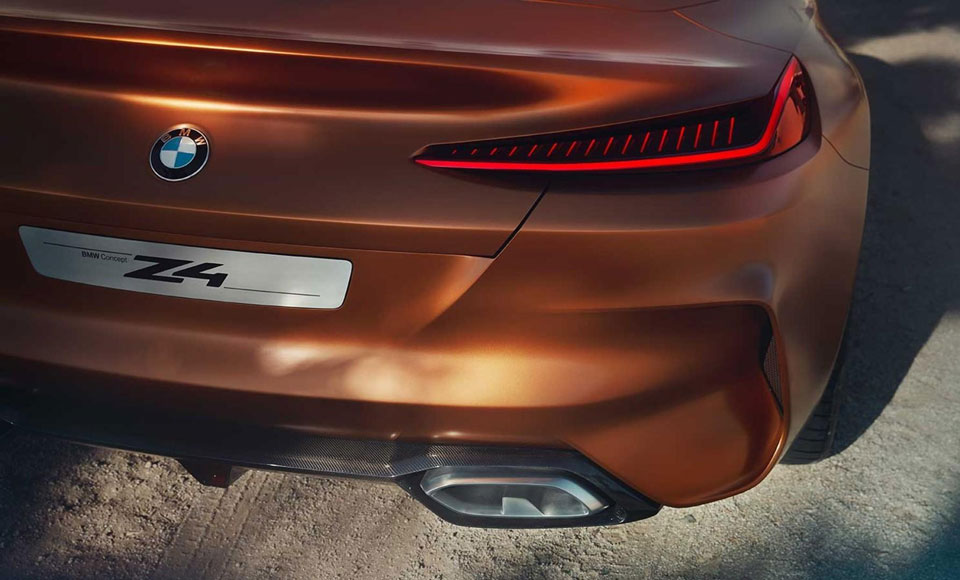 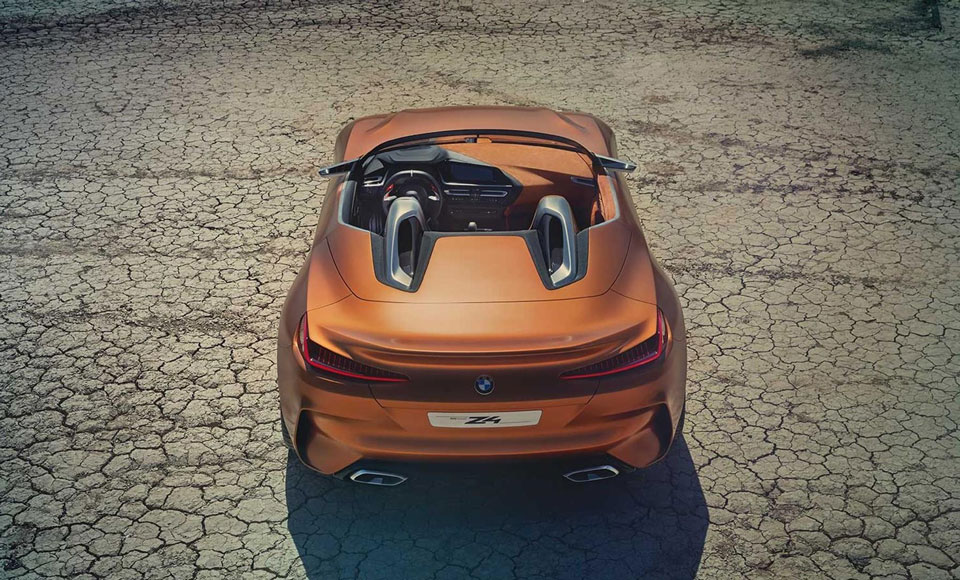 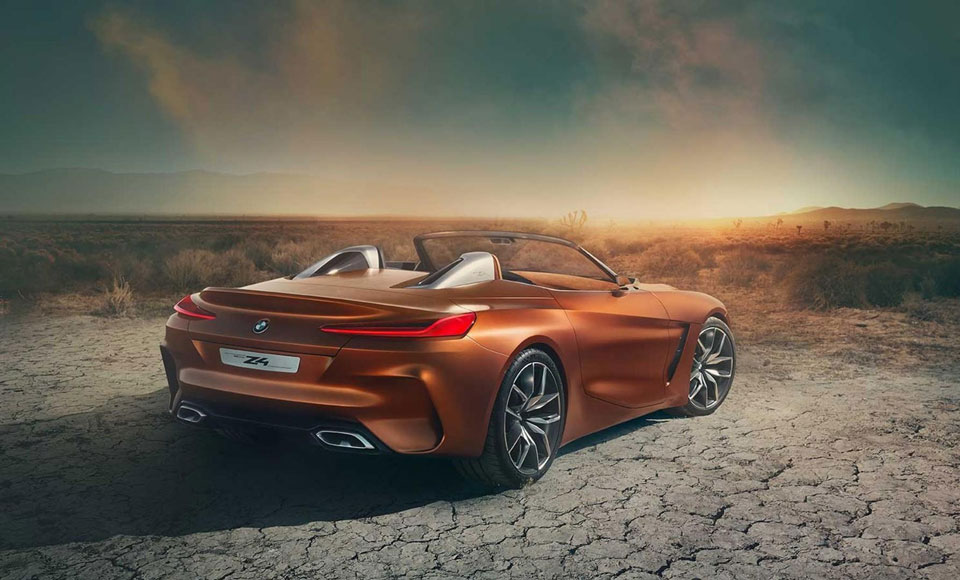