Scientists Confirm Why You Shouldn’t Drink Beer After A Workout

We’ve all been there. It’s the finals and you’ve scored the last goal of the match in the dying seconds. Your team’s heading to the top of the podium because of you. 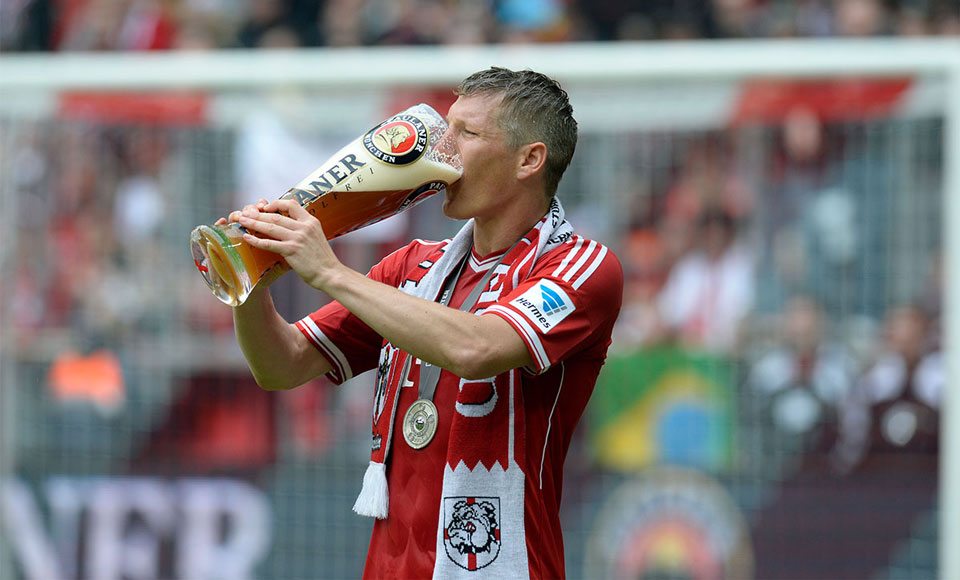 Amongst the jubilation and team mates launching themselves at you, all you want is a damn drink to rehydrate before it all sinks in. Alas, a hand reaches out and it’s not water, it’s a beer. What the hell, right?

Wrong. The taste of sweet victory might be best celebrated with alcohol but science is now saying otherwise.

“Alcohol ingestion suppresses the anabolic response in skeletal muscle and may, therefore, impair recovery and adaptation to training and/or subsequent performance.”

Speaking to Gear Patrol, Ryan Kohler who is a sports nutritionist at the Colorado University Sports Medicine and Performance Center believes that “most evidence seems to be equivocal or point to potentially negative effects on recovery and subsequent performance.”

But wait, there’s even more evidence.

According to a 2014 study published in Applied Physiology, Nutrition, and Metabolism, a post-workout beer was the main culprit for diuresis (loss of water through urine) and slower reaction time and balance.

Whilst the latter two are fairly obvious points, it’s the former that should alarm those who take their fitness seriously. A separate 2014 study on the issue found that “alcohol ingestion suppresses the anabolic response in skeletal muscle and may, therefore, impair recovery and adaptation to training and/or subsequent performance.”

In other words your gains are screwed, bro. The study also discovered that alcohol consumed either before or after a workout will affect your muscle’s ability to absorb protein – the foundation for muscle growth.

RELATED: The Truth Behind One Drink A Day Isn’t All Beer & Skittles

“If beer is the first and only fluid consumed, recovery will be impacted more than if that athlete included some real food and non-alcoholic fluid first,” Kohler added.

“So, carbs, protein, and fluid first; beer second, if it’s consumed at all.”

Of course there is a reprieve to all of this that goes against the holy grail of a celebratory drink. It’s quite simply have a one to two beers, but don’t get carried away. The scientific evidence outlined from the studies focuses more on excessive drinking during post-workout that affects fitness.

“Beer is such a significant part of the social atmosphere and rituals of many athletes that, in the big picture, a beer or two here and there is probably not going to make or break our age-group ‘fitness careers,’” says Kohler.

The solution? Low calorie or low alcohol beer. Kohler says that those who are watching their calories can go for low-calorie beers whilst those chasing peak recovery will need to opt for low alcohol beer to reduce the effects on the muscle’s recovery process.

Cheers to that, we suppose.