There’s something fishy about DXB’s new approach to security.

Airports go to extreme lengths to be exciting experiences for travellers (and if not exciting, at least “marginally more fun than a root canal”). The wildest have museums, golf courses, yoga rooms, therapy dogs, swimming pools, slides, video games, cinemas, and even butterfly gardens.

Couple that fierce competition to be crowned world’s least shitty layover with the notorious outrageousness of Dubai, and magic was bound to happen. The latest OTT announcement from the city of 3D printed buildings, drone racing, indoor rainforests, firefighters with jetpacks and cops with McLarens is a new approach to airport security: virtual face-scanning fish. 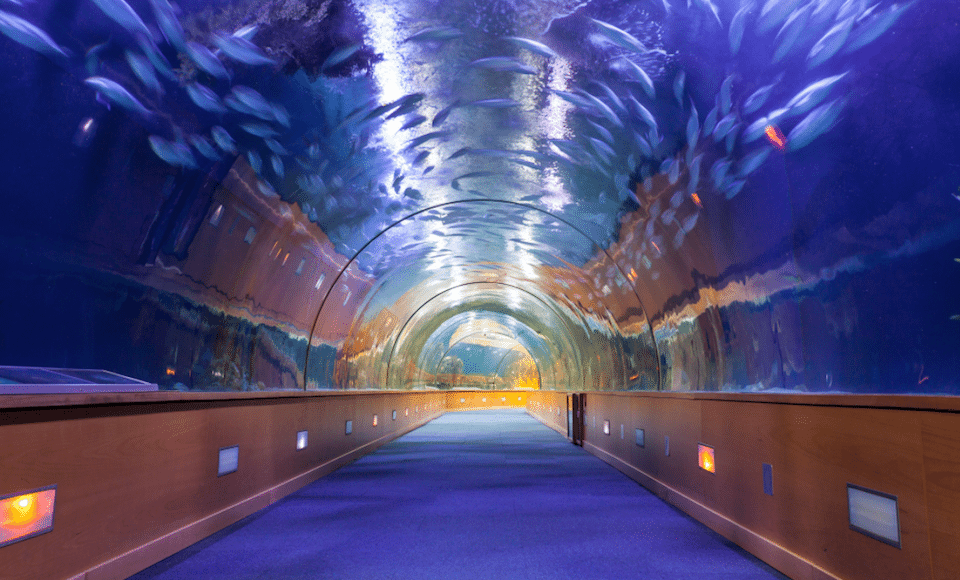 Is that you, Nemo?

Come 2018, Dubai International Airport will ditch standard security counters in favour of a digital aquarium tunnel that scans faces or irises as passengers pass through. The tunnel will be equipped with around 80 cameras set up in every corner. As for the fish, their job is to capture the passengers’ attention – and simultaneously, their biometrics.

Foreign affairs chief Major Gen Obaid Al Hameeri told The National: “The fish is a sort of entertainment and something new for the traveller but, at the end of the day, it attracts the vision of the travellers to different corners in the tunnel for the cameras to capture his/her face print.”

The tunnel can be programmed to display other natural settings along with the aquarium, such as the desert, or to display advertisements. Upon reaching the end, a passenger who is already registered will receive a green message that says “have a nice trip.” If the person is wanted for some reason, a red sign will alert the operations room to take action.

The idea for the face-scanning tunnel came about after 18 months of brainstorming about how to best to accommodate the continually increasing number of passengers travelling in the Dubai airport. General Civil Aviation figures show that more than 124 million passengers are expected to pass through the city’s airports by 2020, up from 80 million passengers currently.

The first of these “biometric borders” will be installed by the end of the summer of 2018 at Terminal 3 at Dubai International Airport, home of Emirates. By 2020, the tunnels will be rolled out at other Dubai terminals. Check out the simulation below:

RELATED: 7 Crazy Things You Can Only Do In Dubai