“Soon it will be too late to shift course away from our failing trajectory, and time is running out. “

Work day got you down? Looking for a mid-week pick-me-up or a respite from the dumpster fire that is 2017?

More than 15,000 scientists in 184 countries have issued a dire warning for the future of humanity, saying the continued existence of the species is severely jeopardized by climate change, deforestation, dwindling access to fresh water, species extinctions, and other forms of environmental harm.

The bleak missive, published this week in the journal BioScience, comes 25 years after the Union of Concerned Scientists and more than 1700 independent scientists penned the World Scientists’ Warning to Humanity.

The 1992 manifesto called on humankind to curtail environmental destruction and cautioned that “a great change in our stewardship of the Earth and the life on it is required, if vast human misery is to be avoided.” Fundamental changes were imperative, they warned, if humanity was to have any hope of changing its collision course with the natural world. 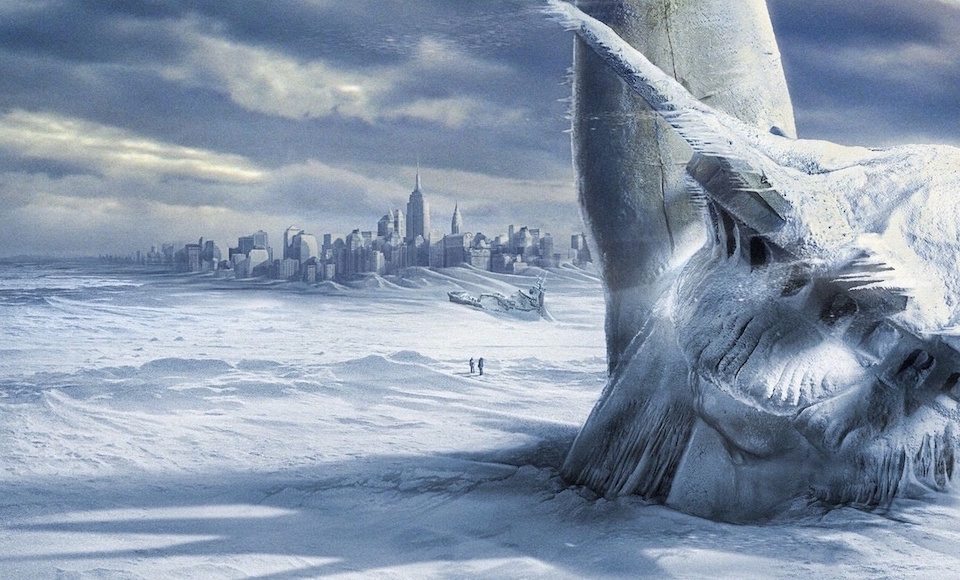 The day after tomorrow could be here sooner than you think

“Since 1992, with the exception of stabilizing the stratospheric ozone layer, humanity has failed to make sufficient progress in generally solving these foreseen environmental challenges,” write the authors of this week’s World Scientists’ Warning to Humanity: A Second Notice, “and alarmingly, most of them are getting far worse.”

Catastrophic climate change tops the list of planetary threats. Global average temperatures have increased by more than half a degree Celsius since 1992, while annual carbon dioxide emissions have increased by 62 percent. Other concerning trends include declining access to fresh water, a rising number of ocean dead zones, deforestation, overfishing, rampant agricultural production, and rapid population growth.

And then there’s this: “We have unleashed a mass extinction event, the sixth in roughly 540 million years, wherein many current life forms could be annihilated or at least committed to extinction by the end of this century.”

With over 15,000 scientists signatories throwing their support behind the second notice, it’s hard not to take a grim view of the future. Time to start saving for that ticket to Mars.

Amidst all that doom and gloom, the authors offer a small glimmer of hope. Reduction in ozone-depleting chemicals and an increase in energy generated from renewable sources show that positive changes can be made, the article notes. The rate of deforestation in some regions has also slowed.

If we wish to continue these positive trends, we must re-examine individual behaviours – such as diminishing our per capita consumption of fossil fuels and meat – and pressure governments take immediate action, the scientists say.

“With a groundswell of organized grassroots efforts, dogged opposition can be overcome and political leaders compelled to do the right thing,” the article concludes. “Soon it will be too late to shift course away from our failing trajectory, and time is running out. We must recognize, in our day-to-day lives and in our governing institutions, that Earth with all its life is our only home.”