“I strongly believe that this election is the beginning of a much larger blockchain voting movement.” 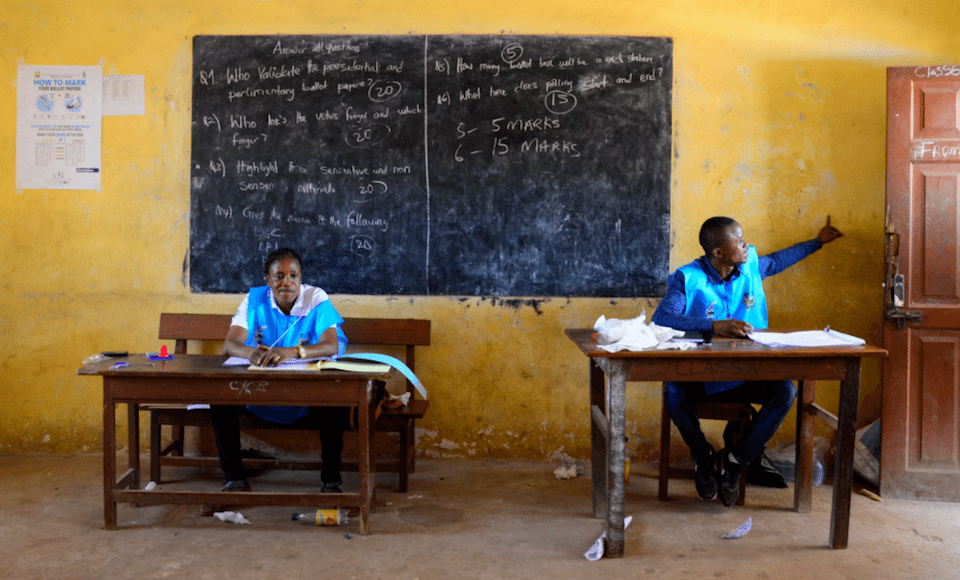 When Sierra Leoneans went to the polls on Wednesday, they hoped to elect a leader who would help the country recover from a deadly mudslide, 2014’s Ebola epidemic, and an 11-year civil war that ended more than 50,000 lives. They also made history.

Behind the scenes, voting startup Agora turned the heated race between 16 candidates into the world’s first blockchain-powered presidential election, and though the results have yet to be tallied, proponents are already calling it a momentous step in the fight to eliminate voter fraud.

Agora implemented a private, permissioned blockchain – which differs from a public blockchain by placing restrictions on who can interact with the blockchain’s network – to oversee the results of the election in real time and ensure no corruption of the democratic process.

Following an initial vote on traditional paper ballots, an Agora team of impartial observers is now hard at work manually counting the votes and logging them on a blockchain.

“You’re looking at a country that you probably wouldn’t normally expect to be the first to use transparent voting tech,” said Agora’s COO, Jaron Lukasiewicz, to CoinDesk. “A country like Sierra Leone can ultimately minimise a lot of the fall-out of a highly contentious election by using software like this.”

This is the first time blockchain has been implemented in a national election. It’s also the first time Agora’s stack of blockchain services, which the company calls “skipchain” technology, has been tested in a real-life scenario. Sierra Leone was chosen precisely because of its history of fraud, corruption, violence and unreliable elections – but if all goes well with the experiment, it could be just one of many countries bringing blockchain technology into politics.

Says Thomas Alieu, “This is the first time in the history of this country where a #blind person like myself can vote independently with the aid of the Tactile Ballot Guide. I am so happy and thank God the whole atmosphere has been peaceful.” pic.twitter.com/KuL055Qlzl

“It has been incredible to play a role in helping Sierra Leone’s citizens exercise their democratic rights, and to help their country maintain a transparent democracy,” Agora CEO Leonardo Gammar told CoinDesk. “I strongly believe that this election is the beginning of a much larger blockchain voting movement.”

RELATED: Blockchain Is the Future Of Money