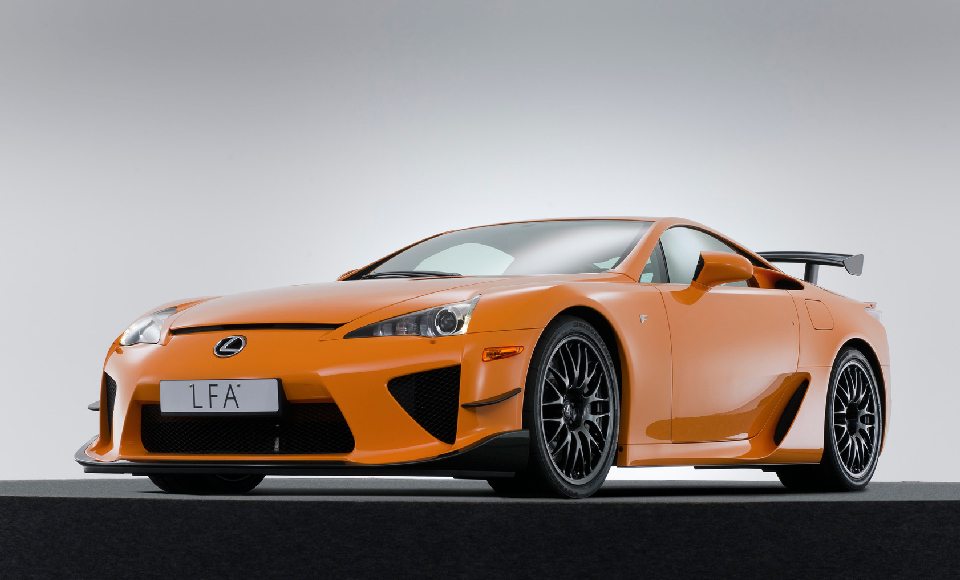 When Lexus set out to build their no-holds-barred halo car back in 2010, little did they know that it would gain the fiscal reputation to rival Australia’s housing boom.

Before we get into the juicy details of the cars though, let’s take a quick math lesson to rectify our point. When the original 10 of 500 Lexus LFAs arrived on Australian shores, customers had to fork out AU$750,000 to own one. With limited numbers in play and the title as the fastest car to ever roll out of the Japanese camp better known for its tarted-up Camrys, the LFA was destined to become a modern classic.

Carsales currently have a 2012 model listed for sale for AU$1,200,000. Given that it actually sells for that price, that’s an appreciation of AU$450,000 over the duration of six years since its debut, or $75,000 per year. In percentage format that’s 10 per cent of the original RRP price year-on-year.

“It’s a collectable car now and will continue to appreciate in value.” – Lexus Australia

Now according to the Global Property Guide and data from the Australian Bureau of Statistics, “House prices in the country’s eight major cities rose by 11.1% during the year to end-Q2 2017 (8.98% inflation-adjusted)”. Mind you this was back in November 2017 and today those figures have already shifted thanks to a downturn in real estate which has seen house prices fall “1 per cent across the five largest capital cities”.

And based on those wonderful figures, we’ve come to the prudent conclusion that it’s now okay to buy a pre-owned LFA without consulting the significant other over that shoddy fibro house out in the sticks.

Nick Raman who is the head of PR at Lexus Australia says that this was bound to happen due to the exotic nature of the car.

“It’s the full demonstration of Lexus engineering and design. We definitely expected it. It’s a collectable car now and will continue to appreciate in value.”

Whilst German sportscar maker Porsche have had their own issues with local customers buying their limited edition cars for RRP and then flipping them at wildly inflated premiums (with low kms on the clock), Lexus appears to be a bit more lax towards its supercar customers.

“I think it is [up to owners to do what they want],” says Raman.

“LFA owners do enjoy driving their car. The fact that there’s a few out there with a some kilometres notched up demonstrates that it’s a usable supercar, not just something you’d keep locked up in your garage.”

But we digress. The second LFA that is going up for auction this month is actually the LFA Nürburgring Edition in left-hand-drive, one of only 50 examples in the world and one that supersedes the ‘standard’ AU$1,200,000 model in sheer performance.

On the spec sheet there’s only a mild bump in power which sees the Lexus/Yamaha-built 4.8-litre V10 jumping from 412kW of power to 420kW with the same screaming 9,500 rpm red line.

Where it excels is through a slew of racing enhancements in the form of more carbon fibre, a larger front spoiler and a fixed rear wing to aid downforce and handling at speed. There’s also sport-tuned suspension, stickier tyres and a fresh set of multi-spoke rims.

Most notably, none of these extra components have compromised the car’s top speed or acceleration which is still pegged at 325km/h and a 0-100km/h time of 3.7 seconds.

The special edition LFA will be put under the hammer at the Barrett-Jackson Palm Beach auction between April 12 to 15 with just 2,500km on the clock complete with Takata airbag replacement.

What can punters expect to pay for the LFA Nürburgring Edition? Well given it sold for US$70,000 more than the American sticker price of a standard LFA, an Australian buyer can expect to pay no less than AU$1,000,000. 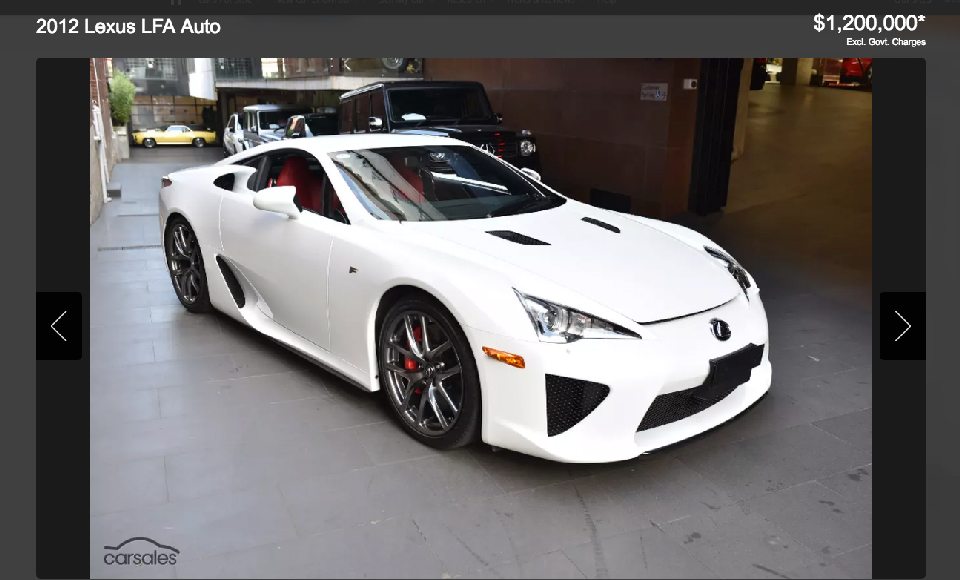 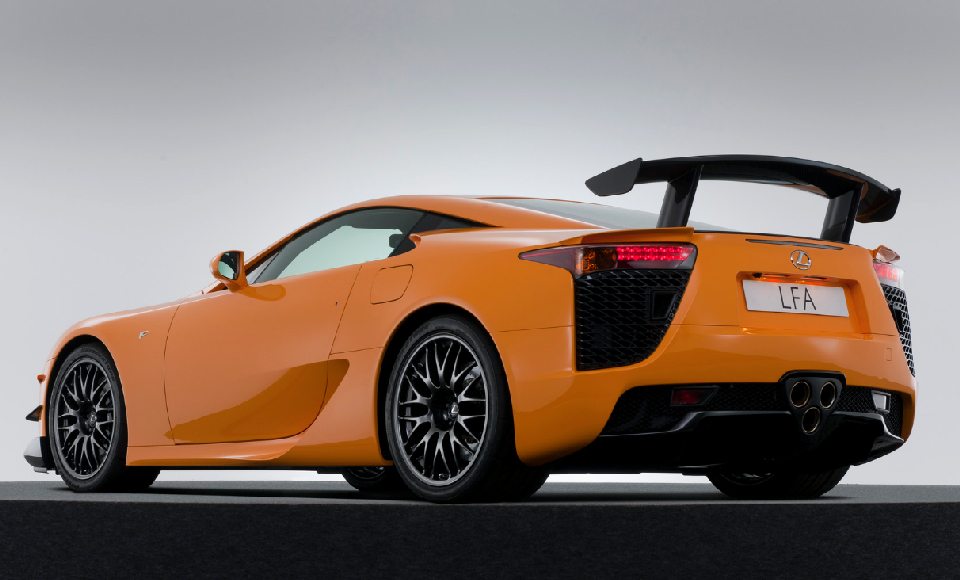 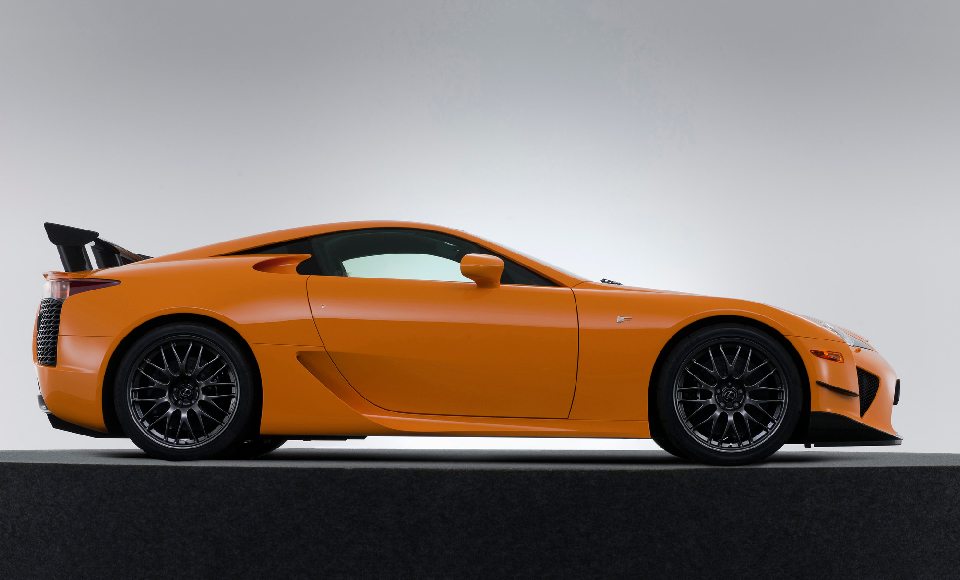