How To Approach A Girl When She’s With Her Squad

Make yourself a squad goal… 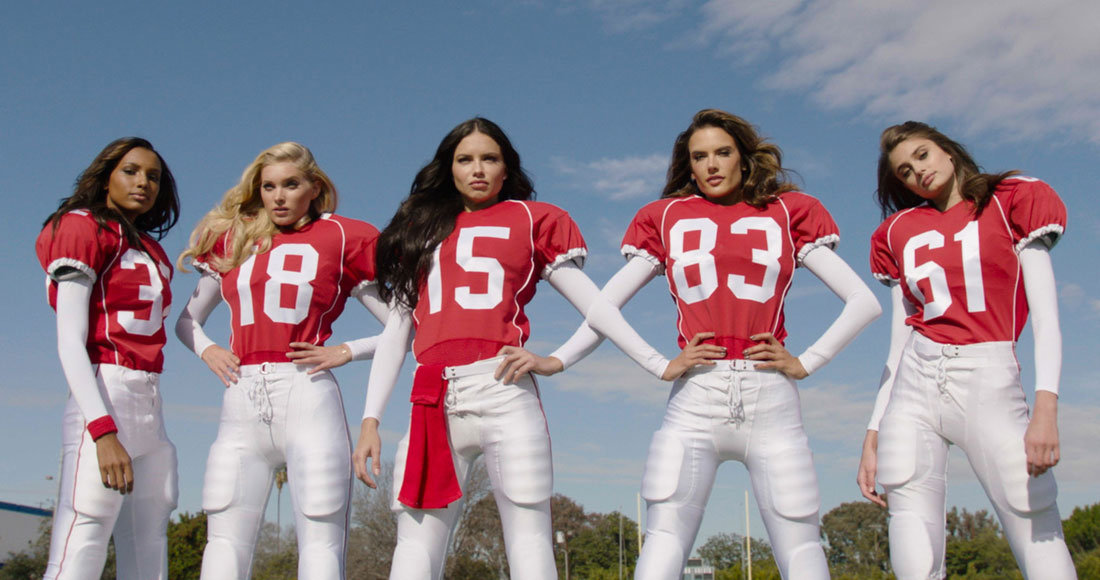 There are high-security bank vaults less impenetrable than a group of women. Whether it’s the bachelorette party, the girls’ night out, or the boutique yogilates class, approaching a squad of women is enough to make even the most self-assured amongst us sweat.

A confident man can approach any woman who catches his eye, as long as she’s alone. But place her next to a friend or two, and suddenly he’s as tongue tied as Dicaprio’s Wolf Of Wall Street onscreen ego upon taking one too many quaaludes.

We get it: rejection is hard enough when it isn’t followed by a public shunning. Throw them together and it seems miraculous that anyone has ever met their spouse in a bar or hooked up with a bridesmaid at a wedding.

No magnificent bastard should let fear rule his love life, so it’s time you told your anxiety to take some annual leave, and learned how to meet women in groups. Here’s how to wow the crowd.

No matter how good your game is, there’s a right time and a wrong time to approach women in a group. Evaluate the scene before charging in. What does the occasion seem to be? Is it work or pleasure? Do they look totally focused on each other or open to outside interactions? Are there guys in the group that are clearly boyfriends? Is anyone yelling, crying, or vomiting? Some groups are simply not approachable, and being able to tell the difference up front will save you (and them) a world of aggravation.

If you’ve determined there’s no obvious reason not to approach, your next step is to engage in a little non-verbal flirtation with the woman you’re interested in. Make eye contact. Smile. Look for a positive reaction, like a smile back or a shy head tilt or fiddling with her hair. Try to catch her in the act of a furtive glance your way – or better yet, whispering something to her friends about you. When her body language suggests she may be into you too, you’ve got a green light to take the next step.

Your natural inclination will be to walk up to the woman you want and start chatting. It’s direct. It’s efficient. It’s the first thing that occurs to you. But such logic is hardly romantic. If she’s part of a group, you have to approach the whole group. Focusing on just one woman can put the rest of the group into defensive, protective mode – and they’ll have no problem ousting the intruder in the name of sisterhood if he gives them reason to. On the other hand, if the group likes you, they’ll have no problem with you chatting to one of their members. They might even encourage it. So…

Be a positive contribution to the group and create a sense of ease so they feel comfortable letting their collective guard down. Smile and introduce yourself. Engage everyone. Approach the situation with confidence, creativity, and a certain amount of entertainment value. If you can make them have a better time with you than they were having without you, you’re in.

Win Over The Mother Hen

While you’re in the midst of your charm offensive, suss out the group dynamics. There’s always a ringleader – whether the group is conscious of it or not – that the others look to for cues about how to behave. If the ringleader doesn’t like you, she can ruin your shot regardless of what anyone else thinks. She needs to trust that you’re not a threat to the people she cares about. As soon as she decides you’re a sleazeball, she’ll shut you out with the strength of the Hulk and the Mountain combined.

If you’re in a mixed gender group, the same rule applies to the men. Guys are likely to be protective of their female friends, so be calm, be cool, and treat them with respect. Be the guy they’d want their sisters to date. If they like you, and they see that she likes you, they’ll back off and let you do your thing. They may even put in a good word on your behalf.

With the group sufficiently charmed, you’re free to dial down to what’s most important: the woman who brought you there in the first place. Narrow your focus and start engaging her more in conversation. Break off from the group when the opportunity arises. If you didn’t adequately win the rest of the squad’s approval, this is when they’ll interrupt and pull their friend away. But if you haven’t been voted off the island, they’ll quietly give their blessing by leaving the two of you alone. It’s time to work whatever magic you normally work one-on-one.

We could leave it at that, but in the interest of furthering your education, we have a few more thoughts on how to meet women in groups…

A Word On: Wingmen

A Word On: Trying Too Hard

Don’t. There are plenty of “experts” out there who will try to sell you on canned lines and complicated tactics to seduce women and live out your Entourage fantasies. There are many things that women admire and are attracted to, but trying too hard isn’t one of them. You’re more likely to get a positive response if you’re confident and direct than if you’re aggressively invasive or try to slide in under the radar. Cool recognises cool. Be effortless, not over-eager. You’ll get the girl because you’re not the crazy guy working his ass off to ingratiate himself.

A Word On: Leaving

Sometimes, an exit is your best option. You may think a group is open only to discover they’re consoling a friend who just got dumped. Forcing things when the vibe is wrong is never the right answer. Take your leave as gracefully as possible and move on. If the woman you’re into is intrigued, she’ll continue looking your way or find an excuse to separate from the group. Bonus: she’ll be impressed with the confident way you handled the awkward group dynamic.

RELATED: How To Meet Women During The Day