How To Successfully Date In The Workplace, According To A Dating Coach

You. Me. Printer room. 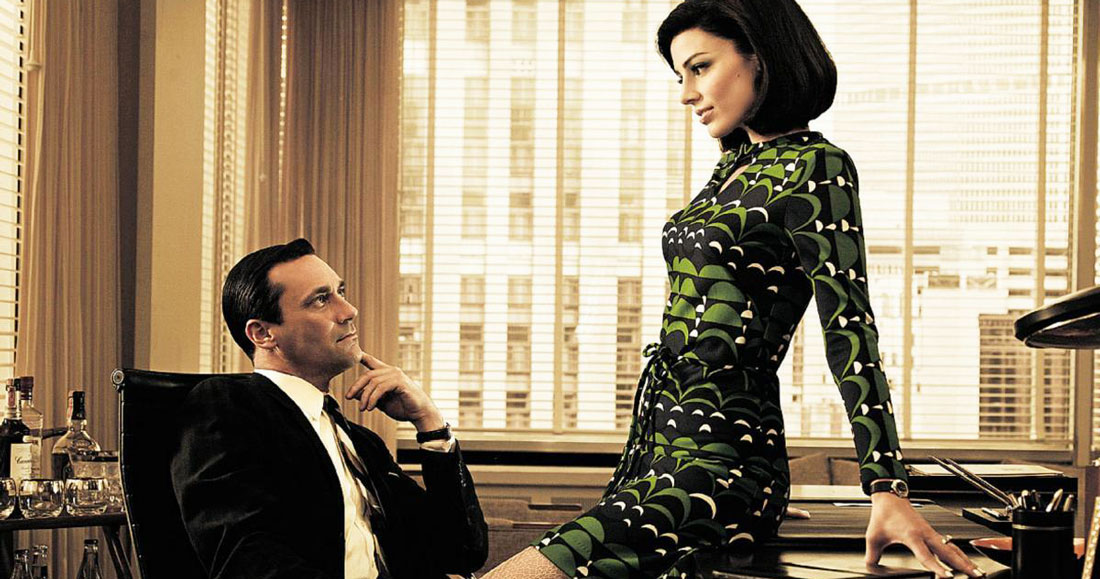 Guess what? It’s almost Christmas. And Christmas brings many things, among them – Christmas office parties.

Excitement swirls, the rumour-mill charges up, serotonin flows just as much as the alcohol. Holiday-anticipating spirits are up! And so is your interest in Betty from accounting.

I’m asked all the time what I think of hooking up with people in the workplace. Personally, I’m all for it. And given that studies show that one in ten people meet their spouse or husband at work (and they’re just the ones that last), obviously I’m not alone.

Here’s how to pull off the office romance the right way.

Eliminate Any Stigma You Have

The first thing that we all think when it comes to workplace relationships is: “What if it doesn’t work out?”

You’ll have to face that person every day, not to mention the sheer embarrassment, because you know that that little gem ain’t staying in her vault for long.

It’s an understandable concern. The ego stands right next to the career in front of the firing squad. Potentially.

Unfortunately, there is no absolute remedy for this. Dating being dating, there is always the risk of things going pear shaped; that’s the wager that you’re forced to make with yourself the second you hit puberty and step into the dating ring – this could turn to crap.

Wanting a sure-fire solution in anything dating related is always a fantasy. The fact stands – if you’re willing to step up and have a crack, there is a chance that it could end in tears. It’s potential risk vs. potential reward.

As a man, if it’s something you want (within reason) you should be overlooking the pitfalls and having a go. The alternative is you get to play Xbox in your room every Friday for the next few years.

Before You Go In For The Close…

So you’ve weighed up your options and you’ve decided to take the punt. Good work, son. But where to from here?

In my opinion, having experienced the odd workplace dalliance, the keys to making it work are Calibration, Maturity, Non-neediness and most importantly, Respect to the other party.

Here’s how to pull it all together so that you can potentially find love or leave it with dignity and class.

Work On Your Calibration

Is there any interest from them whatsoever? Have you even spoken to this woman or man? Are they on your Facebook? Are they even single? Do you chat at all after hours? I would suggest starting here.

You need to be at least on her radar before you can be a lover. And clearly, calibration extends to the obvious fact that you work together, and even if you’ve Mr. Muscled up the courage to put your rep on the line, that doesn’t automatically immunise her to concern. Subtlety kid, subtlety. Secrets are sexy.

You’re both adults, so act like it. It might work, it might not – that is the risk that you took and you need to be a man about it either way. If it doesn’t work out, don’t be bitter, don’t be distant, don’t make a big deal of it.

So you had a drunken make out at the Christmas party – awesome. But come Monday are you going to be cool and collected, or awkward and weird. Going into any workplace relationship, be it a casual hookup or potentially something more, requires a considerable amount of self-control and maturity.

If she suspects that you’re the possessive type to cry at your desk, bitch to your colleagues, get weird, e-mail her mercilessly asking where this is going, then on top of the already obvious workplace considerations, then it’s likely she’ll blow you off.

Remember, she already has enough to worry about and looking after and pandering to your weak-ass masculine core is not one of them.

Respect The Game & The Player

If I need to explain simple respect to you, I’d really advise against commencing any workplace flirtation.

If they say ‘no’, smile and say ‘no problems’. You might not get the girl but you’ll get her respect and that’s just as important.

Of course there’s a risk of rejection, but that’s life. Have a crack, son. Ten percent of the population can’t be too wrong. Just be cool about it. And one bold charming move is better for all involved than lingering years of creepy innuendo and quite desperation in the dreaded friend zone. It’s probably no great revelation to her that you’re interested.

Ultimately, it needs to be positive or neutral. If it turns negative, you’ve ignored one or all of the previously mentioned four keys (or you’ve opted to hookup with the office psycho). I believe that the negative stigma exists because people have excluded ‘neutrality’ from the potential outcomes, i.e. you hook up, have fun, and things just return back to normal. Yes, it can be done, if the right people are involved.

You’re spending most of your life with the people that you work with. And if you’re not going out, you’re likely not meeting any other people (that’s a whole other article).

If you go in with some calibration, maturity, non-neediness and respect, and you have some discretion in choosing who shall receive your lovin’, it really can only go well, or go nowhere. But without considering those things, you could be browsing SEEK in no time.

Chris Manak is a dating coach and founder of Manic Workshops, a program designed to help men build confidence and meet potential lovers in any scenario