Whisky of the sea? It exists. 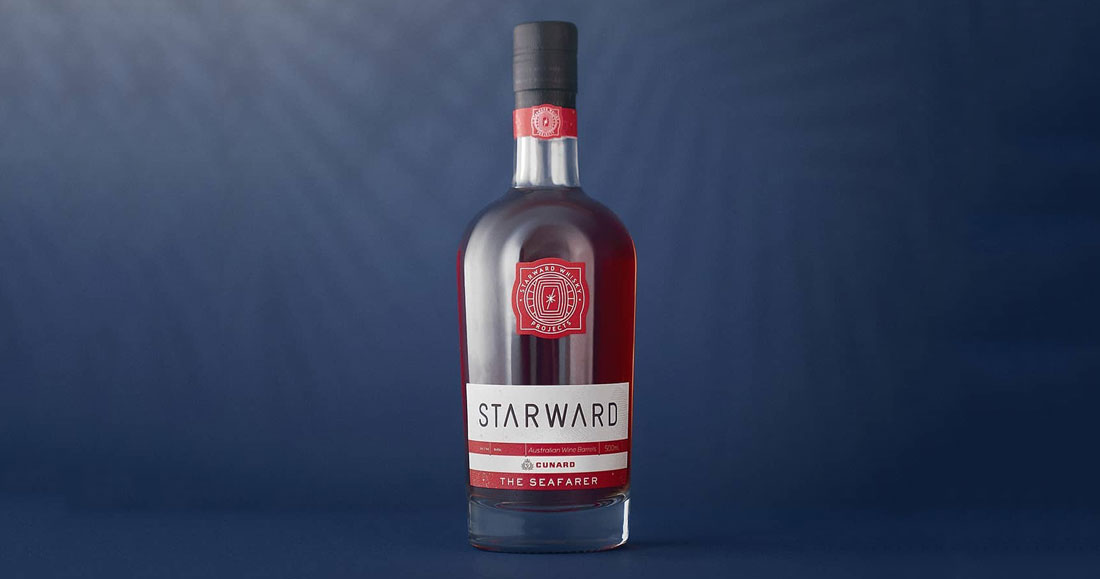 We’ve all heard of travelling around the world but in the whiskey realm this is a voyage that is seldom taken – let alone necessary.

Melbourne whiskey maker STARWARD didn’t think this needed to be the case, so they created an exclusive batch of whiskey that spent the past year sailing 95,000 nautical miles around the globe in a 225-litre oak barrel fixed to the open decks of Cunard’s Queen Elizabeth cruise ship.

Excessive? Perhaps, but the expression is likely to taste like nothing you’ve ever tried. On its voyage the single malt whiskey was exposed to temperatures ranging from zero to 32 degrees centigrade as it travelled around the world, moving with the motion of the ocean and soaking up the salt of the sea air on its epic journey.

After its journey around the world the barrel was taken to the STARWARD distillery in Melbourne to be assessed against the same drop that was processed conventionally in the distillery.

“The maturation environment is crucial to the final flavour of any whiskey so this was an amazing opportunity to create something different,” said the company’s founder, David Vitale.

“There’s no doubt The Seafarer’s odyssey on Queen Elizabeth has resulted in a unique whiskey, which clearly has a great story to tell through its flavours.”

“Even if we put a barrel of the same whiskey on another ship for a year, we could never emulate the same weather conditions, so this really is a one-of-a-kind drop.”

Those who are lucky enough to get their hands on a bottle of Seafarer will experience the maker’s signature notes of fruit characters and oak influences.

“This is a whiskey that’s been on an amazing journey so the result is appropriately epic,” added Vitale.

“It’s a special drop so we’re recommending that it should be drunk neat or with a dash of water, so the subtleties of its flavour can be savoured.”

Those keen on a bottle will have to go on a cruise on the Queen Elizabeth or roll up to STARWARD’S Port Melbourne distillery for a sample.