“You are what your food eats.” 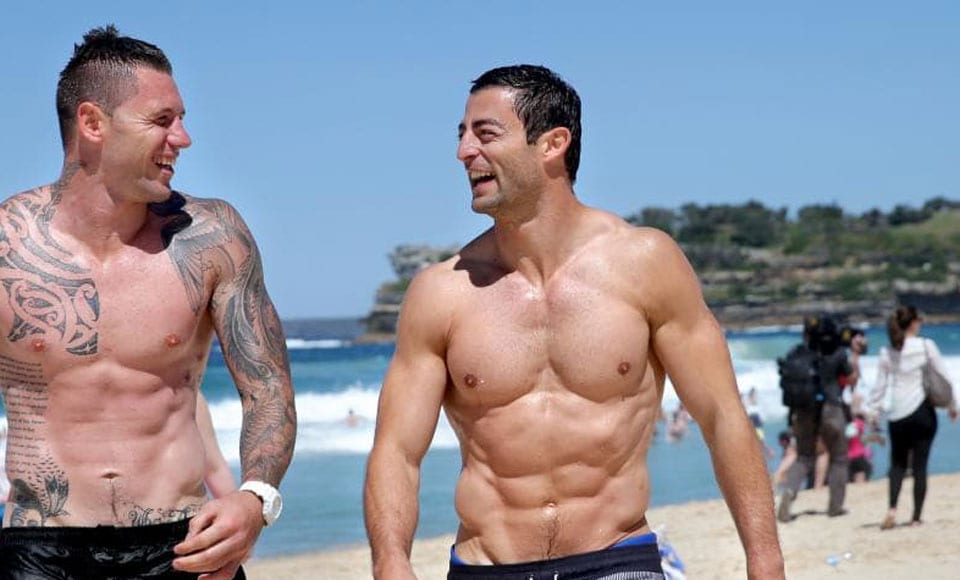 Many people diet to lose weight. What not everyone realises though, is that there’s an even more important reason to eat well: your mental health. This is something Anthony Minichiello, rugby league legend, speaker at the 2019 National FearLess PTSD Conference and Mentor Speaker for Zenergy Group, aims to change.

In an exclusive interview with D’Marge, Anthony opened up about everything from injuries to mindset – as well as how to deal with those pesky breadbasket (and dessert) cravings when you’re out and about.

Here’s what he had to say.

On improving your mental health through your diet.

Although it was physical injuries that got him to try it (“I was cut down with my first major injury with my spine in 2006 and again in 2007, then again in 2008… Then in 2009 a major leg injury”), Anthony told us that once he reconnected with whole, fresh, nutrient-rich foods, not only did his mood start to change but he also “started sleeping better, recovering quicker [and] was able to push the body a bit more to rebuild.”

On how improving your diet can change your mindset.

“When you eat an anti-inflammatory diet the body isn’t trying to get rid of toxins all the time,” Anthony told us, “so you have much more stable energy throughout the day; no afternoon crashes [and] a much deeper sleep so the body can repair itself.”

“That means a much clearer head to make better choices in your life.”

On barriers to making these changes.

“There’s too much confusing information around what we should eat,” Anthony said, as well as “old science stating that fats are bad.” According to him, “We should be tipping the food pyramid upside down.”

As for implementing this? Anthony recommends four simple steps.

RELATED: The Keto Diet: The Truth About How It Will Impact Your Health

“We all know the saying you are what you eat,” Anthony added. “I take that a step further and say, ‘You are what your food eats.’ So getting the best possible produce is important for short and long term health.”

“I don’t think of them as setbacks; you cant be 100% all the time. There is always a time when you’re out at a dinner or function (or travelling) where you don’t eat so well. But I’m meticulous with my nutrition at home and at work.”

“I know my foundation is strong, so when I’m out, when I feel like a desert – or some bread – I go for it. Life is about enjoyment. But I know too much of the processed foods will start to build unwanted inflammation in the body and… chronic inflammation causes chronic decease later in life.”

Anthony also says improving his diet has increased his physical performance: “I used to have stomach ulcers and skin rashes pop up out of nowhere because of a poor diet and prescription medications – along with the breakdown of my spine.”

Fortunately, “They all disappeared pretty much straight away after changing my diet,” Anthony told us. “But the best thing is I have an MRI image of my spine in 2007 – when I was 27 – and one from 2014 at 34; the comparison is astonishing.”

“In the image in 2007 my discs were all black. I had all the top docs saying I should retire. But in the image in 2014 my discs are all white again and healthy. That’s the power of nutrition people need to know about. Food is really medicine.”