What you doing, eh? 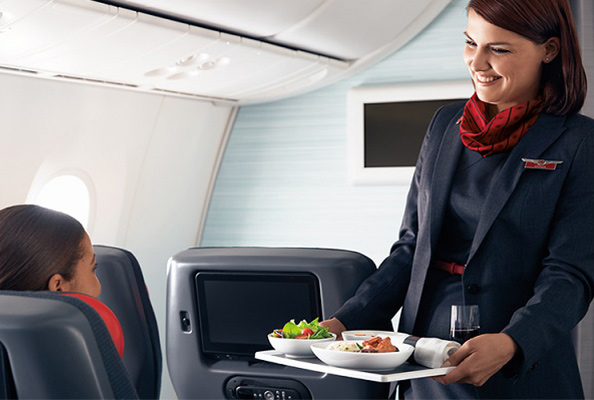 A new term is taking to the skies under a proposal by Air Canada to change their greeting. For decades announcements made by Air Canada staff refer to passengers by ‘ladies and gentleman’ but a sweeping change will soon see an end to the expression.

Staff at the airline have been told to replace ‘ladies and gentleman’ with inclusive neutral terms according to an internal statement obtained by the Canadian website La Presse. The change follows new Canadian regulations that allow people to choose gender ‘X’ in identification documents if they do not consider themselves exclusively as a man or woman. Air Canada said they wanted to ensure an inclusive space for everyone, including those who identify with gender X.

The regulation is not yet in place and is broadly supported by employees at Air Canada according to La Presse. Sources told the news site that the change was an easy one to make but may take time for people to adapt to the new announcement. Now at D’Marge we have some ideas about how to change the greeting. Why be boring and use everyone when there is so many words to choose from? It should be even easier for Canada, they do have two official languages after all.

For flights into or out of America how can you beat this one? Say it like Dolly Parton in her famous southern drawl and we would come back to Air Canada everytime.

Despite no Australians actually using the term it would be rude not to include this greeting. Mates in Australia refers to absolutely everybody so this inclusive term is good to go.

Ok it may be a stretch to use this one in a group setting but could you get any more British? The only other terribly British greeting is ‘Ello Gov’na but for obvious reasons that wouldn’t work as a gender-neutral term.

Air Canada does already do announcements in French although apparently they are not french enough as a recent court case determined. Most people know enough french to know Bonjour means hello so why not skip doing two greetings and shorten it to just the one? Although make sure you’re not flying through Quebec when you do it.

Most people have their headphones in during most of the announcements and miss the first part anyway. Just skip the whole greeting thing, it may seem rude but honestly, no one is actively listening.

Over on Twitter people had some ideas about the change as when does the internet ever not have ideas. Many people welcomed the tiny change as a big inclusive step.

@AirCanada I just read that you’ve changed your in-flight greeting to be inclusive for those who identify as non-binary. This is wonderful! Don’t let tweets from the ignorant tell you otherwise.

I hear Air Canada is moving towards addressing its passengers in a more gender-neutral way, replacing “ladies and gentlemen” with “everyone”. This. Is. Good.

But of course other people took it upon themselves to be angered by inclusivity and accused the company of pandering to left-wing politics.

Air Canada, Is it true you are no longer greeting us with Ladies & Gentlemen? Yes or No? If so, that’s not MY Canada. #goScheer to stop nonsense & political correctness disguised as politeness. https://t.co/feCYlHCsKh

Whoever in the top brass at @AirCanada approved of removing “ladies and gentlemen” from the greeting…congrats for lowering the class of your experience. Formal titles that make people feel appreciated is not assuming gender. Soon we’ll just end up as numbers.

Ladies and Gentleman is actually used a surprising amount in standard in-flight announcements and there is nothing more annoying than being forced to listen to any inflight announcements when you’re watchin a film. So anything that shortens it – even if by just a word – is a win in our minds