“They feel it necessary to mash the brake pedal, just in case their 4×4 can’t handle an urbane right-hand bend.” 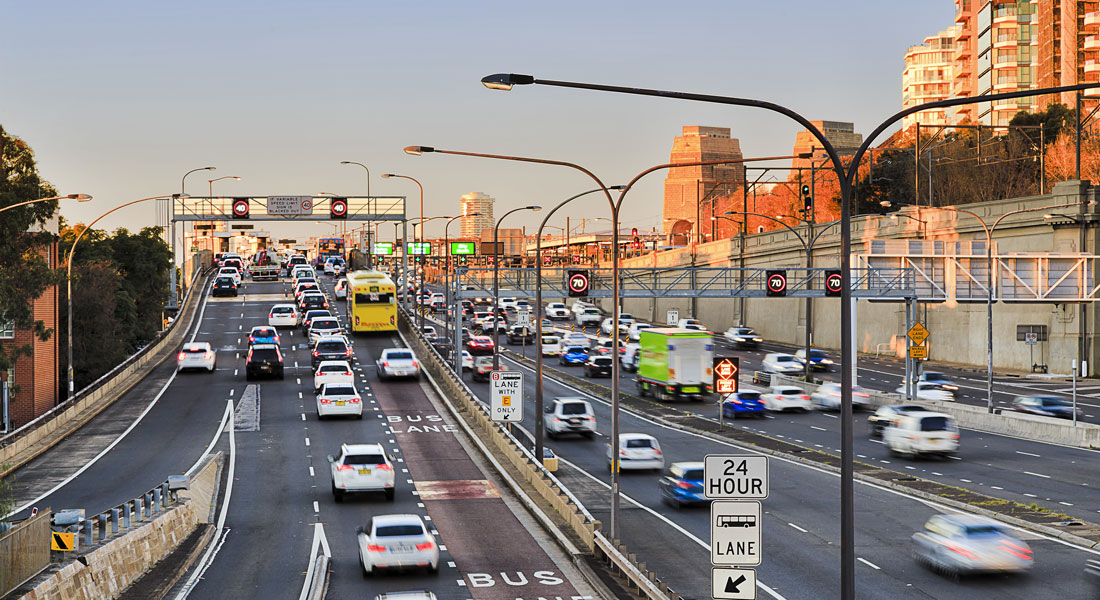 Man and machine – one of the strongest bonds on planet Earth. For many, driving is the most valuable skill you can learn, giving you complete freedom to go wherever you want, whenever you want. While the parallel park may be a tricky move to conquer, moving forward should be easy, right? Wrong. Or at least – not if you live in Sydney.

In other words: I’ve come to realise what I deem to be a simple activity isn’t so simple to Sydneysiders at all.

As soon as I landed in the city of gluttonous views and gout-inducing bills, I couldn’t wait to get back behind the wheel of a car. I’ve been driving in England for 10 years and consider myself confident at the helm. I’ve spent virtually every single day in the driver’s seat since passing my test. To pack up and move, and then be without a car for a few months – and having to rely on Sydney Trains – was torture.

Fortunately, I found a cheap Subaru for sale near my apartment in Cronulla that I snapped up to get myself back on the road. However, I frequently regret my decision.

Despite driving on the same side of the road as my homeland, driving in Sydney is worlds apart from the experience I’m used to in my hometown. Drivers in this hemisphere are terrible.

It’s not just me being pedantic, either. A recent study by Mister Auto found Sydney to be the worst capital city in Australia for drivers and the 86th worst city in the world. To be fair, London isn’t much higher up on the list, coming in at 77, but the difference those nine places makes became evident as soon as I hit the tarmac.

Here’s what I’ve had to endure so far.

I swear I see brake lights light up in front of me more often than I look at my own hands. The offenders are usually mums in their unnecessarily large SUVs taking their little darlings to school, or themselves to pilates. As soon as they come to a corner that they’re already going slow enough for, they feel it necessary to mash the brake pedal, you know, just in case their 4×4 built for hilly terrain can’t handle an urbane right-hand bend.

Then there’s drivers who remain glued to the central lane, leaving the left completely free. These Middle Lane Hoggers are out in force in the UK, too, and both countries have fines in place to deter them, but it happens far too often in Sydney. Fortunately, undertaking appears to be less frowned upon in Australia, allowing me to pass them on the inside, hopefully getting them to realise the inexcusable error they’ve made.

Don’t even get me started on what happens to Aussie drivers as soon as a bit of rain falls from the sky. It’s almost as if the little driving knowledge and ability drivers have goes out the window faster than you can say windscreen wipers. Being a Brit, I was practically born in the rain, so driving in it doesn’t bother me at all. To the contrary, Sydney drivers are cautious to a dangerous fault, with excessive braking and driving too slow being the two main sins.

Since rain isn’t that frequent in Sydney, it’s tempting to be forgiving. But the irony is that there are more SUVs with top-of-the-range tyres and intelligent traction control per capita in Australia than any other part of the world (from my observations, anyway). Not to mention many of them are driven by people who think they’ll lose all control of their vehicle if they get up to the speed limit. Slow and steady wins the race is one of my most hated sayings.

To give Sydney drivers some credit, I don’t believe it’s all entirely their fault that they struggle to manoeuvre the city’s roads; the layout has to come into question. I’ve lost count of the number of times I’ve been in a lane travelling along, only for it to suddenly turn into a right-turn, or left-turn-only lane without any real prior warning. Following a customary curse word or two, I have to hope some courteous road user will allow me into the correct lane. After what feels like a few minutes of waiting, someone will eventually let me in.

Car parks are another bugbear of mine. Going into them is fine, and finding a space presents no issues that I’m not already used to. But getting out can be a whole different ball game. There are no exit signs. In the UK, car parks practically have a yellow brick road laid out for you to get you to the exit. But over here you’re left to figure things out for yourself. Again, this results in a fair few expletives.

I’m incredibly passionate about driving. I love being connected to the road and I love speed (where permitted, of course), so seeing and experience dodgy driving infuriates me. I believe it to be incredibly simple and a skill that everyone should have, so when it isn’t performed properly, I have no choice but to lose my temper.

If you can’t drive, get off the road.