Fresh from his awe-inspiring 40-second win over Donald Cerrone on the 18th of January 2020, Conor McGregor is  beginning to prove he’s as much as a champion outside of the octagon as he is in it.

When we say champion outside the ring, we mean in terms of style. The Irish MMA fighter has shown us on plenty of previous occasions that he’s one of the best-dressed celebrities out there, so often favouring a three-piece suit. But his wrist game is just as strong, and his latest is definitely champion-worthy.

Whales and sharks @ The Palms

Attending an event at the Palms Casino Resort in Las Vegas, Nevada on the 21st of January, ‘The Notorious’ swapped the octagon ring for the octagon rose gold Patek Philippe Nautilus, reference number 5980/1R-001, teamed with one of his navy three-piece August McGregor suits (from $660). The watch – which retails for around US$160,000, and has been the timepiece of choice for other celebs such as Drake –  is one of the most recognised in Patek’s repertoire. 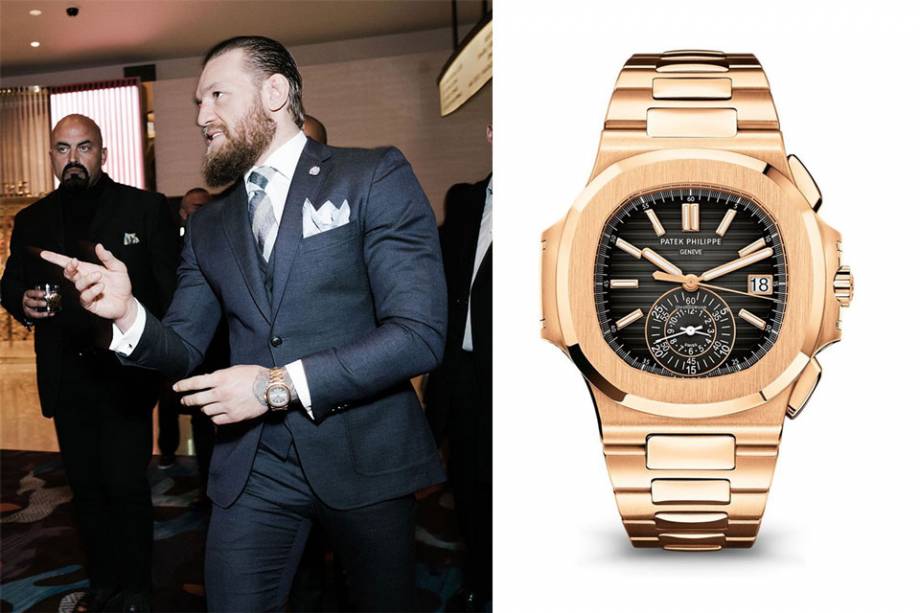 Having been first released in 1976, this Nautilus uses Patek’s CH 28-520 C calibre movement, with 60-minute and 12-hour mono-counter chronograph functions.

We are live from the #SuperBowl in Atlanta! Stay tuned for the halftime surprise that the @nfl has for us! #NFL100

It’s not the first time the UFC Champion has opted for a Patek to adorn his wrist, as he was spotted wearing a $100,000 Calatrava Skeleton at the Superbowl LIII.

Delivering yet another knockout blow.