“Black as the devil, hot as hell, pure as an angel, sweet as love.” 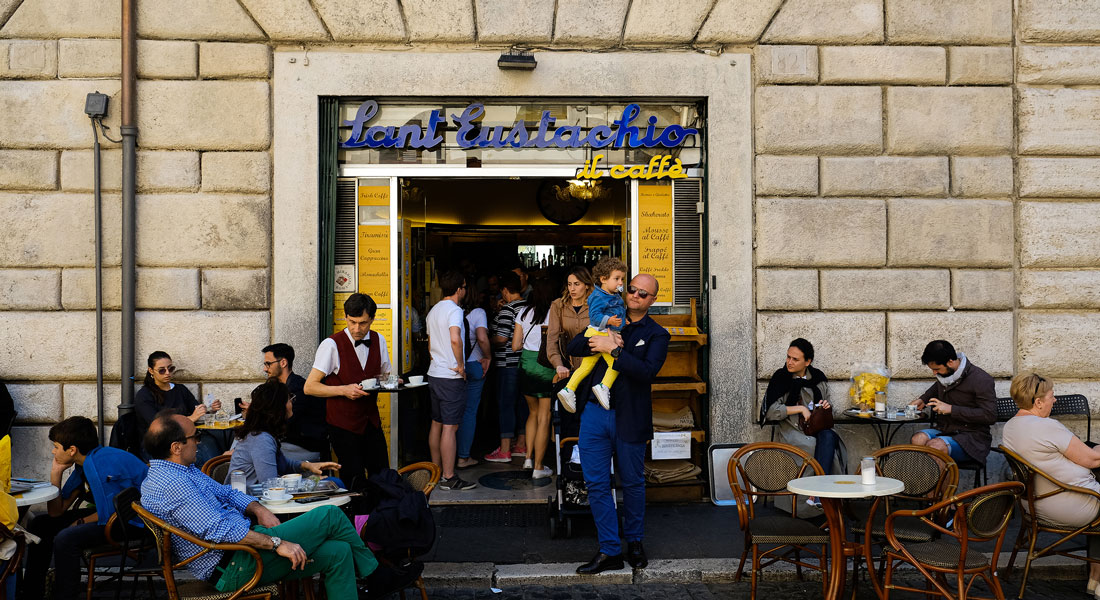 While Australians prance about taking photos of it, Italians have a more orthodox relationship with java – a morning constitutional you might return to at several points throughout the day.

The perfect grind, silky crema, fabulous foam; Italian coffee is widely regarded as the best in the world. But considering Australia now has world class baristas, higher expectations and – arguably – the best physical product in the world, why is Italian coffee still said to be better?

The above photo of Rome’s iconic Sant’ Eustachio Il Caffè reveals why: it’s the experience. Rather than rushing off with an espresso floating in almond milk in your keep cup like a turd, or rather than camping out for hours in lycra, Italians have mastered cafe culture and environmentalism in one fell swoop.

Contrary to popular belief, it hasn’t always been that way: As Italy Magazine points out, “The concept of sitting down and sipping a coffee for hours on end [in Italy] is still quite ‘new’ compared to other countries.”

The good news is that you can now get the best of both worlds, with cafes like Sant’ Eustachio Il Caffè offering both throw backs…

The result? Italians tend not to use plastic takeaway cups, or even keep cups. They shot their espresso, have a round of small talk long enough to be enjoyable (but not so long as to get awkward), and leave. They then come back later to savour a Capuccino and have a bit more of a chat with friends but never overstay their welcome.

Oh and as an aside: their pastries are to die for…

… as is the ambience…

As a French diplomat once said, good coffee is, “Black as the devil, hot as hell, pure as an angel, sweet as love.”

Here’s hoping you find yours in Rome.