Ryan Seacrest Knows The Trick To Dressing Like A Secret Agent

In an ideal world, we would all be like Bond. Living the life of a secret agent is one to aspire to; money, women, and cars, and of course, dressing like an absolute don. Unfortunately, the life of a secret agent is out of the reach for most of us, but we can at least still dress like our favourite super sleuth, and if you ever needed some inspiration, look no further than Ryan Seacrest.

The television host, most famous for presenting American Idol was recently spotted attending the Naeem Khan fashion show (who has been responsible for dressing the likes of First Lady Michelle Obama and Kate Middleton) in New York on February the 11th, 2020, looking every bit as dapper as 007 – or indeed, Archer – himself. 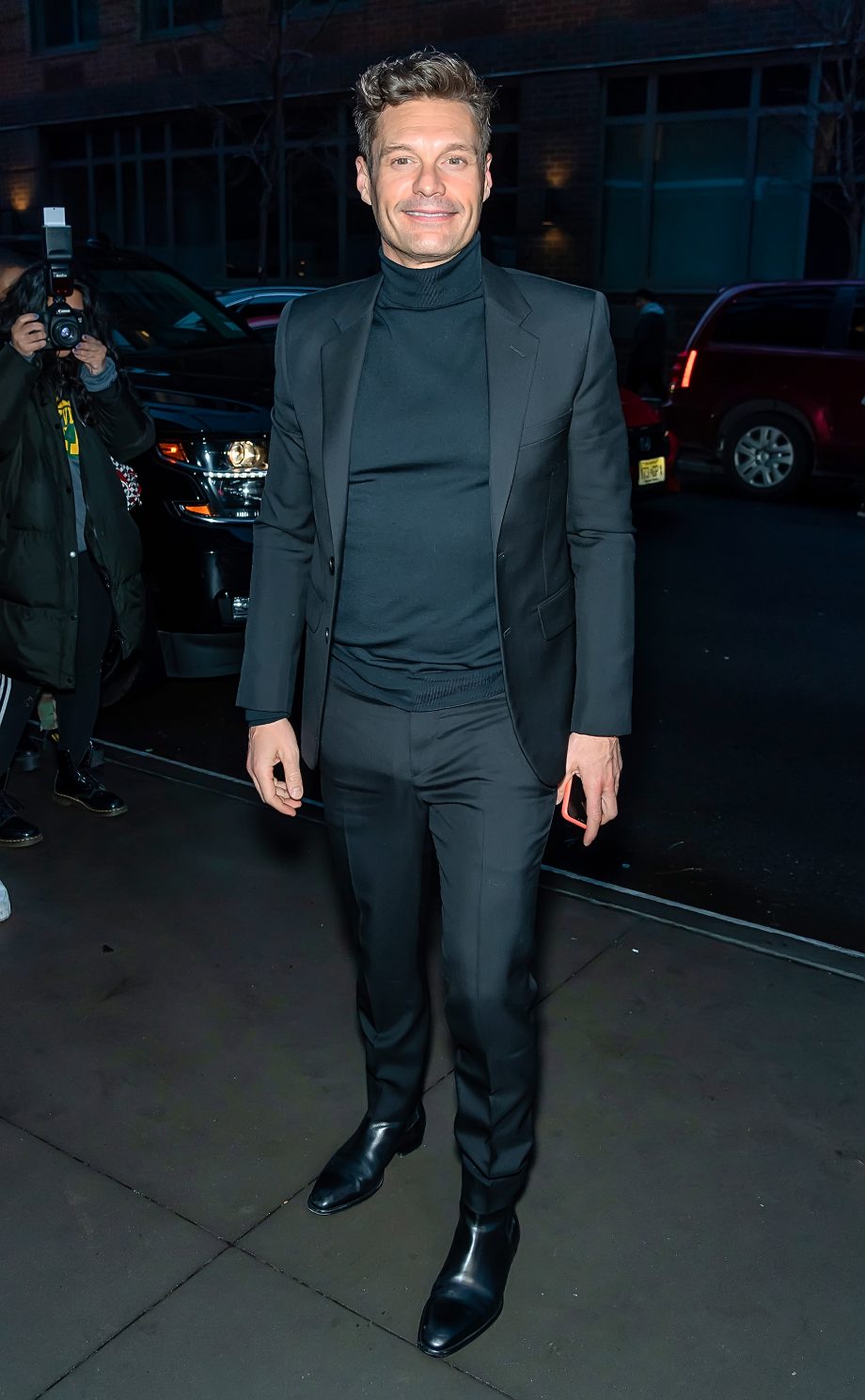 His black suit is a must-have in any well-dressed man’s wardrobe, but instead of combining it with a standard-issue crisp white shirt, he instead opts for a dark turtle neck, instantly transforming his outfit from wedding guest to a man with a licence to kill. He finishes it off with a pair of black leather Chelsea boots.

We haven’t been able to find the exact designers Ryan’s wearing, but you can grab yourself a similar turtleneck, such as this one from John Smedley, or this from Tom Ford. Once you’ve got one in the bag, simply slip it under a similarly dark suit – you’ll want to make sure you’re wearing slightly different shades to introduce some contrast – and you’ve got yourself an outfit suitable for cocktail parties to dates.

As for the killer confidence, well that’s just something you’ll have to work on. After all, we can’t all be like Archer.