And you can now watch them do it. 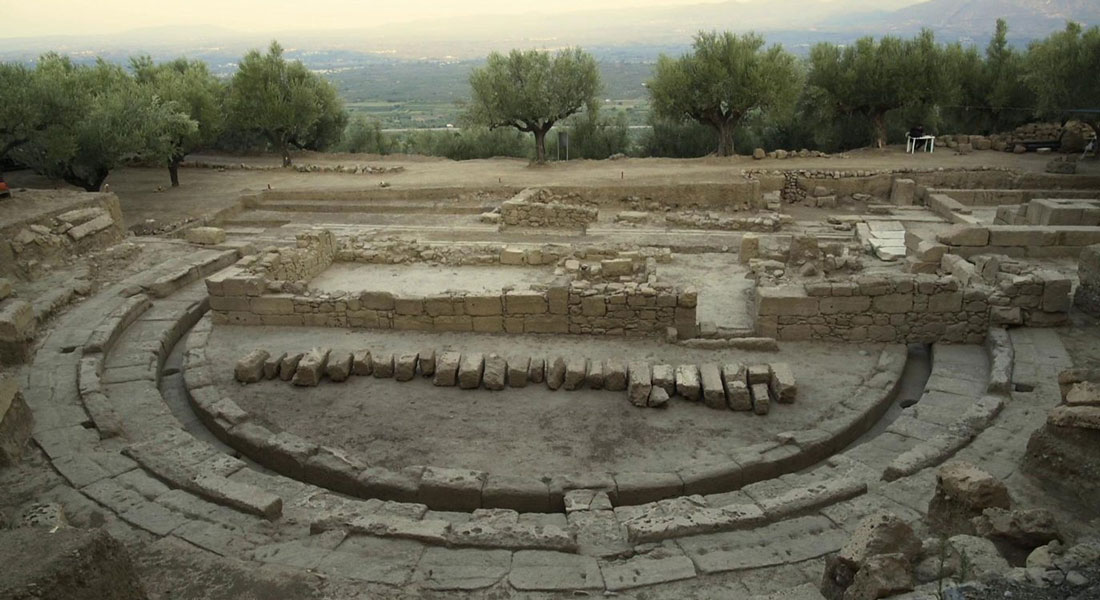 Chuck some lamb on the barbie and pour yourself a Peloponnese Pinot – archaeologists are re-discovering a long lost Greek City, believed to be referenced in the Illiad, and you can sit back and watch.

Archaeologists have been excavating the remains of Thouria, an ancient Greek city, for more than a decade. But now, thanks to a video released by the BBC this morning you can watch how they do it.

Of course – it’s not Athens or Sparta. But, historically speaking, regions controlled by those cities are very important. Thouria, for example, belonged to the latter: “located on the outskirts of what is now the southern city of Kalamata – often referenced as one of the most significant cities of western Messenia, a region under Spartan rule for roughly 400 years,” (BBC).

“Now, recent archaeological findings might corroborate that this long-lost city was much more important than once thought.”

The (modern) story of this town began in 2007, when the remains of a wall became visible during an excavation by Archaeologist Xeni Arapogianni. What lay underneath was a shock: the entire city of ancient Thouria.

Since then archaeologists have found a temple and an ancient healing centre (which had not been recorded in any ancient or modern source). Then, in 2016, the excavation group found the remains of a theatre made of white limestone, estimated to date to the early Hellenistic period (323 – 31BC).

This theatre suggested Thouria was “more important than… anticipated” as theatres were practically a mandatory presence in notable poleis (cities) across Ancient Greece. The excavation also uncovered part of an orchestra pit and well-preserved stone figurines, around this time, as well as a large rectangular stone duct to drain rainwater.

As for the Illiad connection: “In his 10-book traveller’s account, Description of Greece, Greek geographer Pausanias, who lived in the 2nd Century AD, noted that the old town of Thouria was built on a hill and then moved to a valley,” the BBC wrote this morning. “He also mentioned the city could be Anthea, a city featured in Homer’s Iliad.”

“Curiously, Strabo, another Greek geographer and historian from the 1st Century BC, also wrote that Thouria could be a city mentioned in the Iliad – not Anthea, but Aepeia. In the epic 8th-Century BC poem, both cities were given by Agamemnon as atonements to Achilles.”

Studies of the site continue today. Since 2011, university students from all over the world have been able to participate in an excavation programme led by Arapogianni, where they can learn more about the archaeology and the history of the region, and help with pottery cleaning.