The tech sleuths of the internet have certainly been busy; here are their predictions. 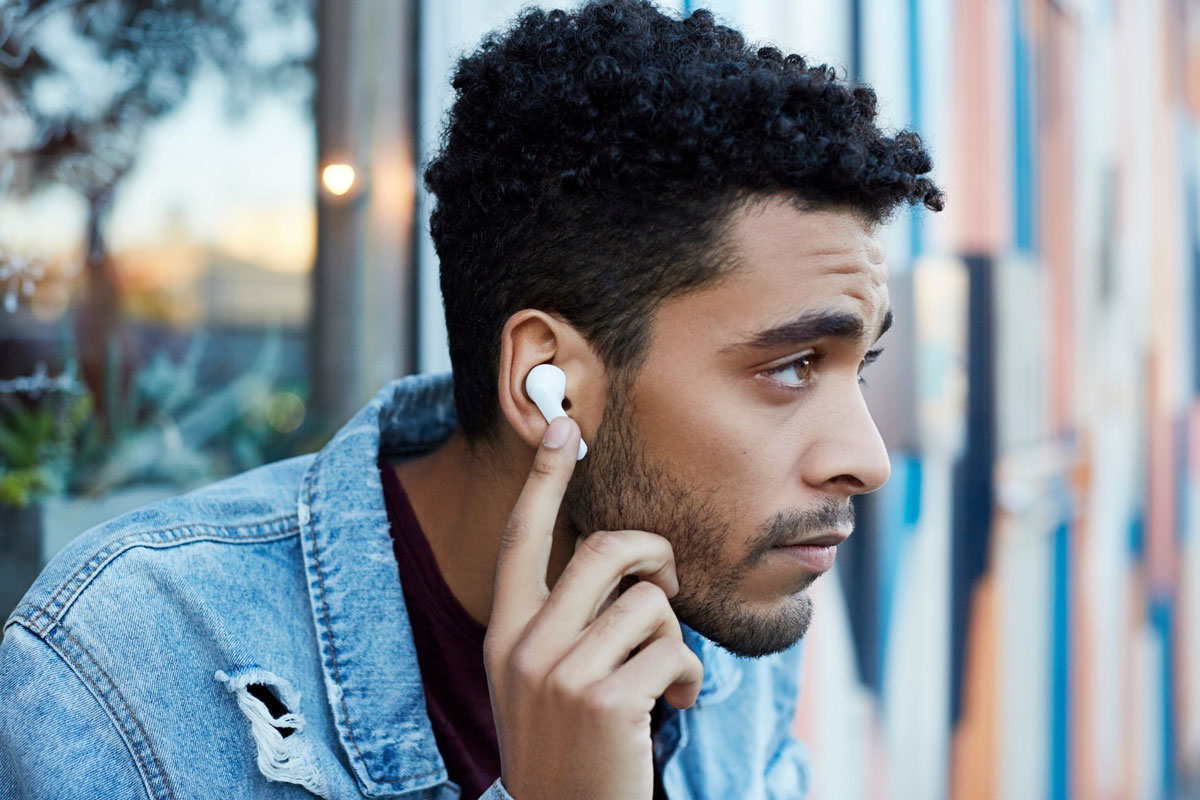 It’s been a fair while since we’ve heard anything major from Apple. The technology giant has made some updates to its MacBook lineup in the last year or so, and has recently launched the wallet-friendly iPhone SE, but all without the usual fanfare that comes with a new release. We’ll admit for the latter, the global pandemic is to blame.

But the show must go on at Cupertino and it appears it could take more than a pandemic to stop its train of releases if some notable gadget leakers are to be believed. That’s because Jon Prosser, a tipster who has been accurate with both Apple and Samsung predictions in the past, has revealed on Twitter that Apple is lining up to release a new pair of AirPods wireless earphones in May.

New AirPods (which were supposed to be at the March Event) are now ready to go.

Probably alongside the MacBook Pro next month.

The AirPods in question were allegedly due to be launched in March but for unknown reasons that didn’t go ahead. Now, they are “ready to go” according to Prosser, and he expects we’ll see them alongside a new MacBook Pro (most likely a specs update of current models) in May.

As for what features the new AirPods will entail is currently anyone’s guess, but a Reddit thread is flooded with speculation, with many users expecting them to be a refreshed version of the second-generation model and not a new pair of AirPods Pro. The Pro model was launched at the end of October 2019, so a refresh so soon is likely out of the question.

Instead, the second-generation – the pair you’ll likely see sticking out the ears of virtually every other person as you walk down the street – is due an update. Many believe they’ll be given a similar design to the Pro; that being a shorter stem and more rounded earpiece for an improved fit. We think the second-gen model is pretty ugly in the grand scheme, but the revised design of the Pro was welcomed with open arms, so our fingers are tightly crossed for this update.

Several other users are clamouring for improved battery life since noticing a drop in performance of their current pairs, and the majority of comments are asking for a reduced price. Apple could well oblige to that last request, as it’s been known to drop the price of a new product: the latest MacBook Air, for example, arrived with a lower price over its predecessor, despite having improved specs.

Apple could, of course, throw a complete curveball and release a “Super Pro” version, if one Reddit user is to be believed: “Maybe the Pro will be the new standard model, and they will come out with the super pro”. We obviously can’t say for certain, but we’d be surprised if this were the case.

What we can be certain of is that Apple would be remiss not to introduce an updated model. The AirPods have become one of the company’s most valuable products, netting it over US$12 billion in revenue and in true Apple fashion, weaving their way into society to become the headphones to have. Everyone from hypebeasts, posers, hipsters, real estate agents and anyone else who wants to be ‘seen’, have bought themselves a pair.

And hey, you never know, Apple might go full circle and release its own cord to keep your wire-free buds held together.