New Dating Standard Women Are Judging You By

“Previously, women would judge a guy on how they treated wait staff at a restaurant, but now it’s all about the type of accounts they’re following on social media platforms.” 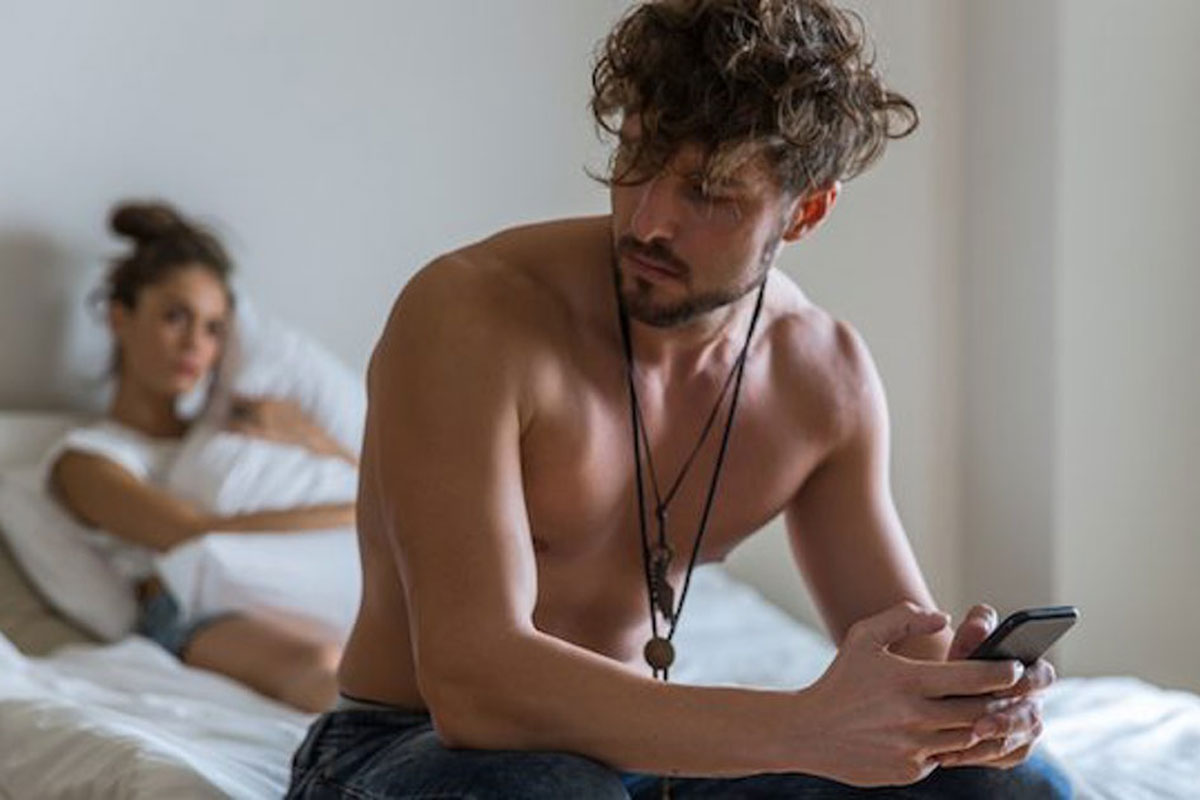 Dating can be tumultuous. Not only do we now have to turn to apps to find the potential love of our lives (that is, if we even get matches), but when it’s time to finally go on the date, there will be a whole bevvy of things that could screw things up.

We’re constantly told that women want a gentleman. Someone who will pull their chair out from the table, hold the door open and pay for the bill at the end of a meal. But then you can also get the same women who want a ‘bad boy’, even though they probably know deep down it will only end badly. So what sort of qualities does a woman really want?

While we can’t give a concrete answer to that question, we can at least tell you what a woman (or at least, a lot of women) don’t want: a guy who follows a lot of scantily clad models on Instagram. The proof? A Reddit thread, started by a 21-year-old female, who decided to do a little digging into a guy she liked and found he followed a lot of barely-clothed girls on the photo-sharing platform.

She claimed it was a big turn off for her, as she doesn’t exhibit the same sort of behaviour in her ‘following’ list of accounts. She adds it doesn’t make her feel insecure, but more that she wonders if they’ll be compatible because they could have “different views on things”.

It’s an interesting topic and clear evidence that the dating scene has changed with the rise of social media. Previously, girls would judge a guy on how they treated wait staff at a restaurant, but now it’s all about the type of accounts they’re following on social media platforms.

The Reddit thread has had a lot of responses, most of which are in agreement with the original poster.

“As a woman I think it’s super lame and weird too. A few accounts is like ok whatever, but I have guy acquaintances that follow hundreds of them.. kinda creepy if you ask me”, says one user.

Another user, dommypoonami adds “I do think, though, that any person’s social media feed says something about them (just not everything).”

“If a person’s feed is 3/4 half naked girls, they’re evidently not using Instagram to check in on friends, look at memes or art accounts, etc.”

“It can feel weird to see things like that out in the open. When dating, I find it nice when someone follows accounts that tell me more about who they are as a person (it’s also a great way to bond over shared interests). People use social media differently, though.”

However, one guy confesses that he did follow a lot of Instagram models and it cost him his relationship.

“Here are the stages

Honestly, you can either tell him to give up on IG for a while (not unfollow these models as the above stages will come back to haunt him and you again) or break it off with him.

I haven’t had IG for almost a year now and I’m happier too.”

It’s not just this particular Reddit thread that brings the issue up. Just a quick online search will bring up pages upon pages of articles and forums pertaining to the subject of “should a boyfriend/significant other be following Instagram models”. The general consensus is that it depends on each and every couple whether it’s a problem or not.

It’s a topic we here at DMARGE have approached before as well, and have found that it can, in fact, be healthy for a man to follow Instagram models, as men have always fantasized over other women. Women do over guys too. It’s perfectly normal. The only difference today is that we have the technology and instant access at our fingertips.

Cosmo relationship expert Logan Hill says, “The difference between the rest of human history and this current moment is that before, there wasn’t a digital record of guy’s fantasies or idle thoughts when those thoughts were focused on Marilyn Monroe or Elizabeth Taylor, Brigitte Bardot or even early Madonna.”

“…whether or not there’s digital evidence, men and women have got to accept that their partners (men or women) occasionally and even often think about other people.”

As with almost any other subject or topic that is questioned within a relationship, the key is communication. If something is bothering you, bring it up and talk it through. The result will be a much healthier relationship.