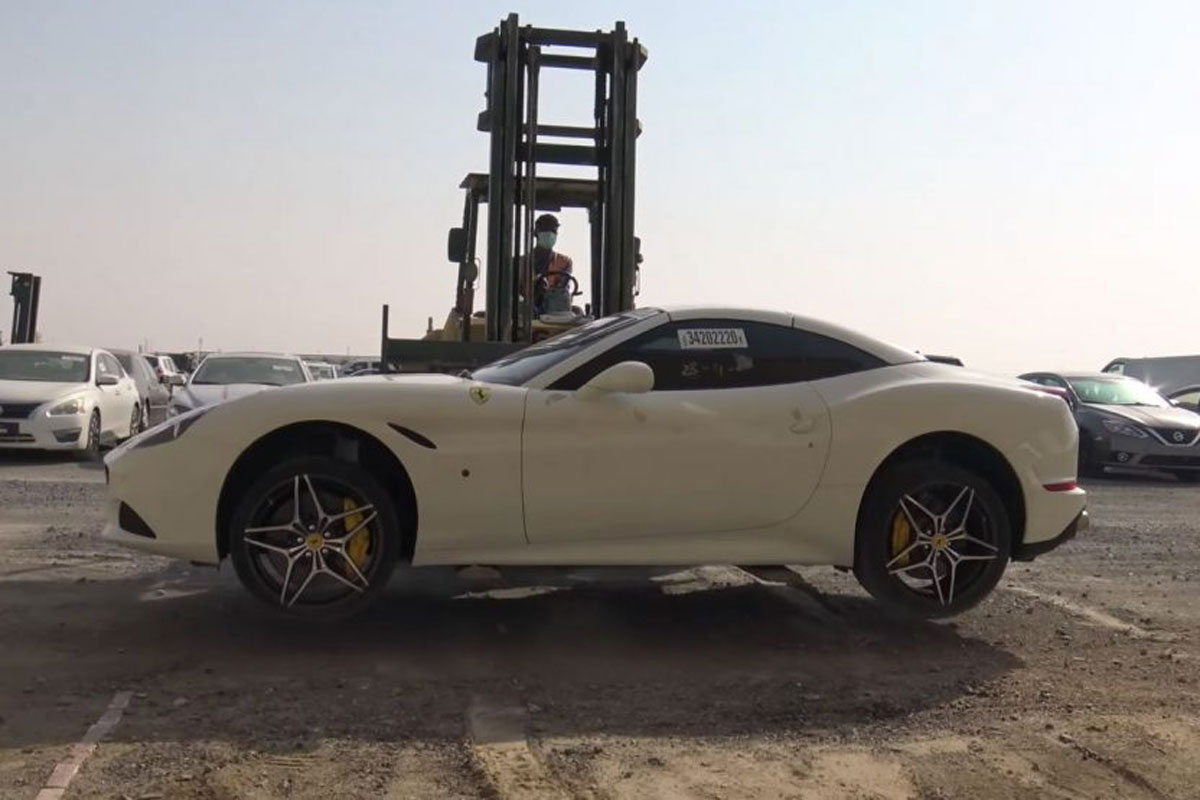 If you’re a amateur mechanic, going to the wreckers is already a pretty fun experience. Picking parts out of write-offs and saving a huge amount of money on car repairs, all while getting your tool on? It’s pretty hard to beat.

But this scrapyard in Dubai takes that to a whole other level. Scoring some rims from a totalled WRX is one thing, but what about from a Ferrari?

Emblematic of the insane wealth of the Gulf states, this wreckers is filled to the brim with exotic cars. Amongst the more normal offerings of Nissan Patrols and Toyota Corollas, we can spot Rolls-Royces, AMGs, Lambos, Ferraris, Bentleys, G-Wagens, and Porsches.

Some have been in proper accidents, but others are in pristine condition: repossessed by banks or the police, and some simply abandoned. Imagine just abandoning a Ferrari California T! Oh, the humanity!

People regularly abandoning their supercars is not a recent phenomenon in Dubai. The UAE has no bankruptcy laws, so if you go bust you’re pretty screwed, news.com.au reports.

The UAE practices some elements of Sharia law, where failure to pay debt is considered a criminal offence that can attract jail time. Many former high rollers try and flee the country to avoid their debts and a prison sentence, literally leaving their cars with the keys in the ignition behind.

These orphan supercars make their way to car yards like this one, and get auctioned off at bargain basement prices.

While it’s sad to see some of these beautiful machines neglected like this, these wreckers could also give you the chance to pick up a luxury vehicle for pennies. Whether it’s a fixer-upper or a basically new abandoned car, this could be the cheapest way to get into luxury cars.