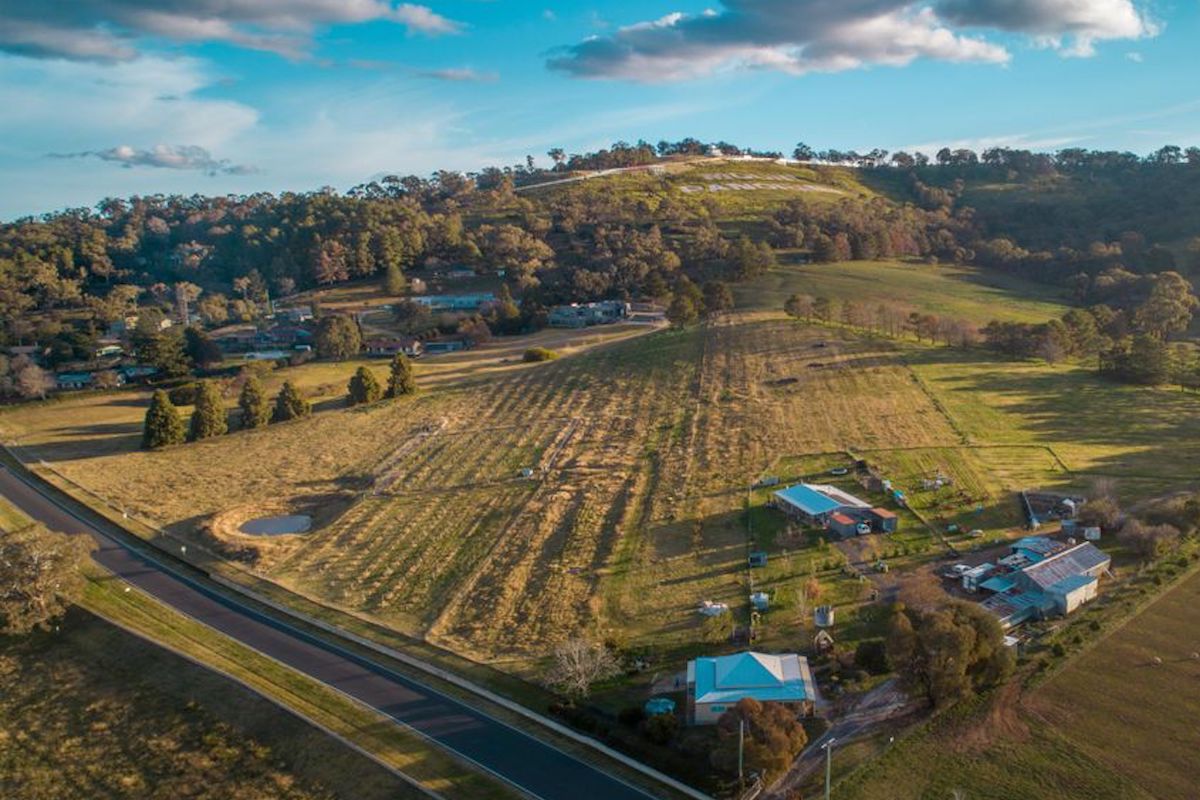 Australia’s most famous mountain isn’t known for its height, skiing or amazing vistas: instead, it’s famous for being part of one of the world’s most iconic racecourses.

Bathurst’s Mount Panorama is the spiritual home of Australian motorsport. The Mount Panorama Circuit, home to the Bathurst 1000 and Bathurst 12 Hour races, is one of the most demanding race tracks in the world. Its steep grades, tight turns, and 174m vertical difference between its highest and lowest points makes it a particularly scary track. Uniquely, it’s also technically a street circuit, as it’s formed by public roads.

489 Conrod Straight (perhaps the coolest address in Australia) is due to go under the hammer on the 30th of July. A well-appointed property by any standards, its value is increased dramatically by having its 17 acres surrounded by Australia’s most famous race track. 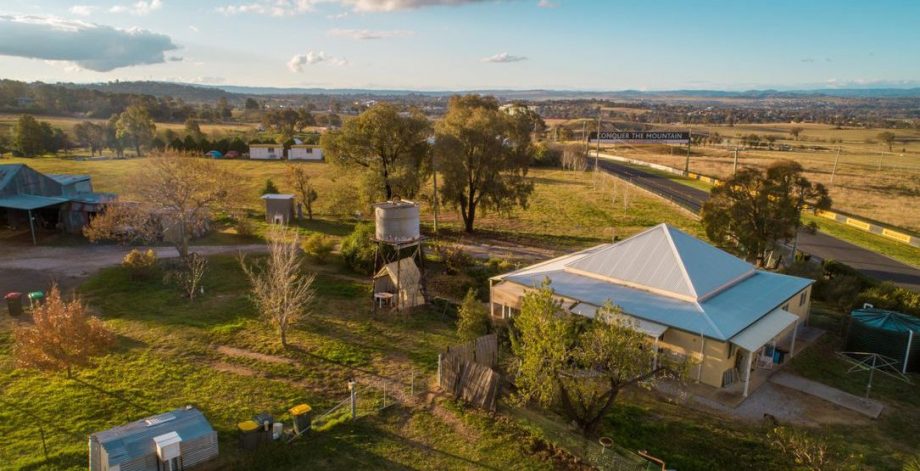 Aside from the obvious novelty of being able to enjoy Australia’s best motorsport from the comfort of your backyard, 489 Conrod Straight also includes 17 acres spread over two titles with four paddocks, views back over the city, a historic orchard, a 6.6kw solar system and a well-sized dam among other features.

The house itself isn’t really anything to write home about, but you’re hardly buying this property for its kitchen. That said, the separate and sizeable extension is home to an awesome entertainment area, complete with wood fireplace and a huge undercover veranda. 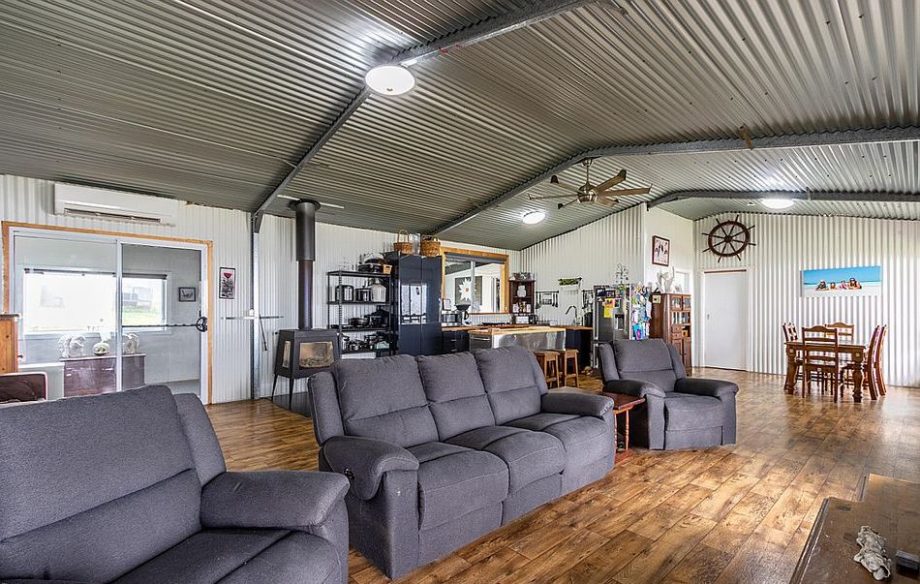 “Up for sale for the first time in 88 years, these 17 acres of prime land feature a number of structures over its two titles,” Grant Maskill-Dowton from Raine & Horne details.

“All up there are 6 bedrooms and 3 bathrooms, a house being the main home and its detached extension, the shed, historic orchard, views for days and a pine tree-lined boundary sets the rest of the scene for this truly special estate situated on Australia’s most famous race track.”

“These opportunities only come around every so often in a lifetime, with buyers usually holding onto the real estate in this location for generations.” 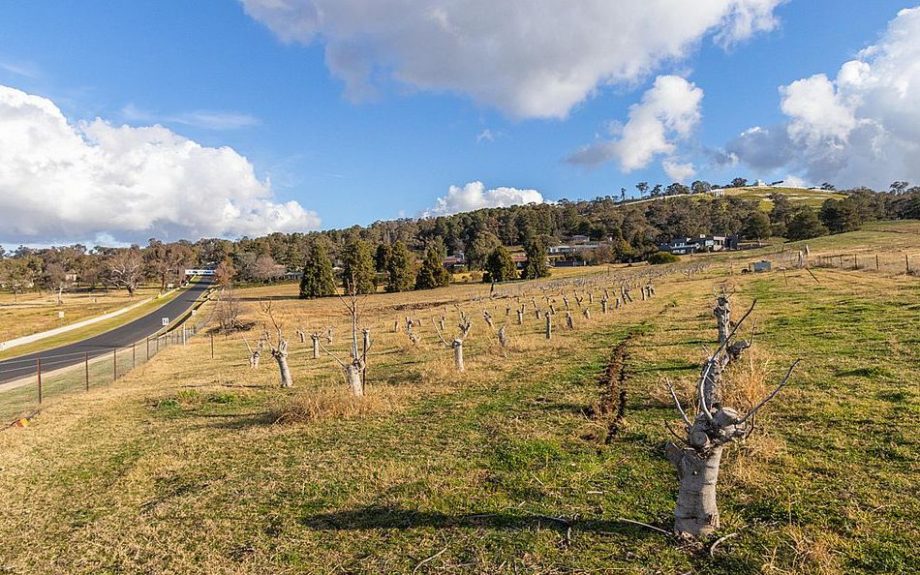 Bathurst itself is a great place to live, a bustling regional centre nestled in the heart of NSW’s Central Tablelands. It boasts excellent schools, a top university, no traffic, easy parking, a friendly community whilst still offering all the amenities of a city.

Checking out 489 Conrod Straight would also be a great excuse to drive the Mount Panorama Circuit. As previously mentioned, it’s a public road that anyone’s allowed to drive on when there isn’t a race happening (although you’re limited to 60km/h and cops watch the area like a hawk).

If you’re interested, head on over to realestate.com.au for more information.