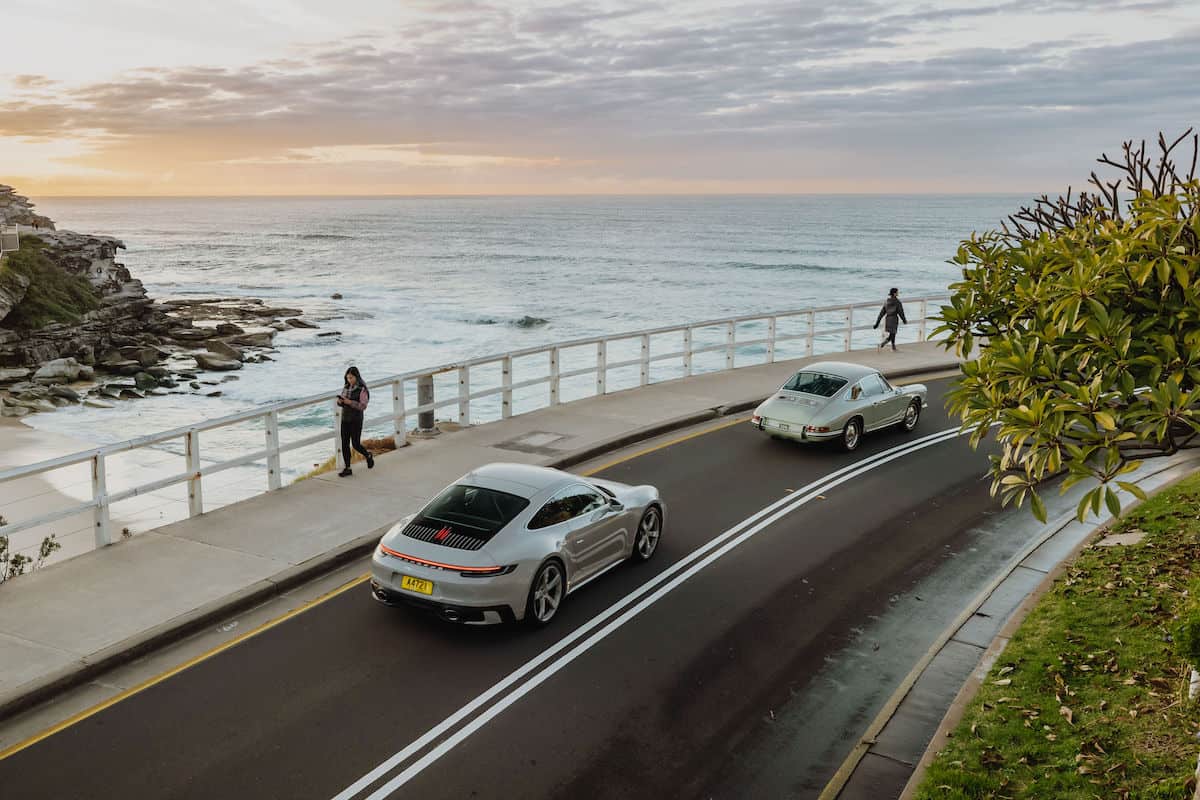 The Porsche 911 is one of the most enduring automotive lineages of all time. Now in its eighth generation, the famous two-door might have changed a bit over the last 56 years – going from air-cooled to water-cooled, getting larger and getting a hell of a lot faster – but the quintessence of the 911 has never been compromised. That iconic, sweeping body; the rear engine + rear-wheel-drive layout, the centre-mounted rev-counter…

Porsche have decided to celebrate the long and storied history of the 911 in Australia with a limited edition of two exclusive models to celebrate 55 years since the very first ever Porsche 911 was sold here in 1965.

Through their ‘Exclusive Manufaktur’ bespoke customisation program, Porsche Australia have created two examples of the eighth-generation 911 Carrera S inspired by that very first Australian 911. These 1965 Reimagined Exclusive Manufaktur 992s perfectly replicate the colour and design of that 1965 911. 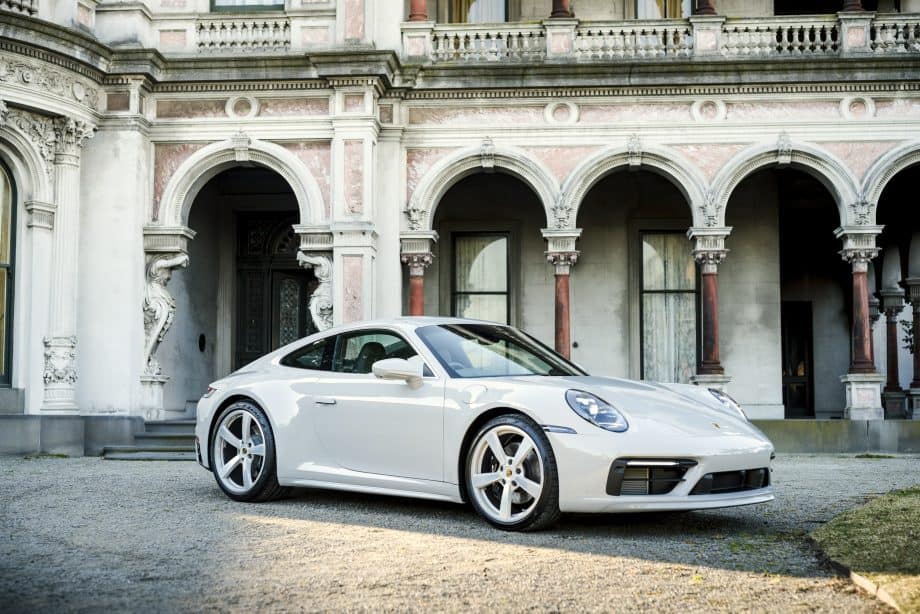 “The concept of was to take a 1965 911 and reimagine that car and what we could do with it in 2020,” explains Dean Williams, New Vehicle Sales Manager at Porsche Centre Melbourne.

A film showcasing both the 1965 model 911 and the Exclusive Manufaktur 911 Carrera S models is a highlight of this special collaboration, as the vehicles journey through the most recognisable and iconic landmarks in both Sydney and Melbourne – driving down Hozier Lane and past Flinders St Station in Melbourne, to driving around Sydney Harbour and out to Bondi Beach. 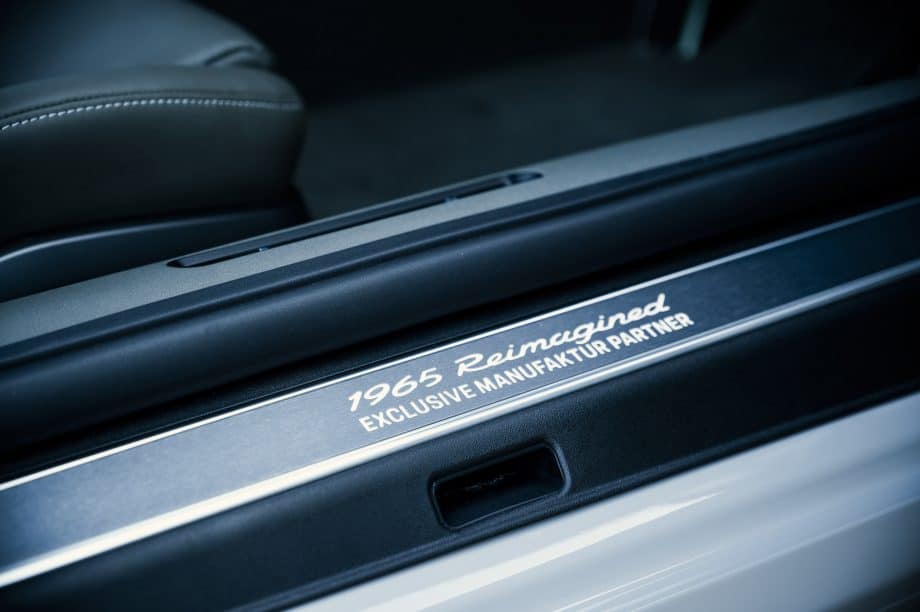 The 992s doorsills are a subtle reminder of the special edition’s heritage. Image: Porsche Newsroom

The first 911 sold in Australia was purchased by South Australian pastoralist Ron Angas, who ordered his ‘Neunelfer’ in ‘Steingrau’, with the optional 5-speed manual, green leather, yellow maple dash and wood-rimmed steering wheel.

In homage to Angas’ 911, the 1965 Reimagined 992s (of which there will only be two made – one for Sydney, one for Melbourne) come with a ‘Crayon’ paintjob and ‘Agave Green’ interior with Paldao Dark timber trim: the closest modern Porsche options to the 1965 911’s.

“It’s incredible that 55 years on from the original 911 delivery to Australia, we can now replicate some of the features in the modern vehicle. It showcases that the 911 is timeless,” says Lee Hallett, General Sales Manager at Porsche Centre Sydney South. 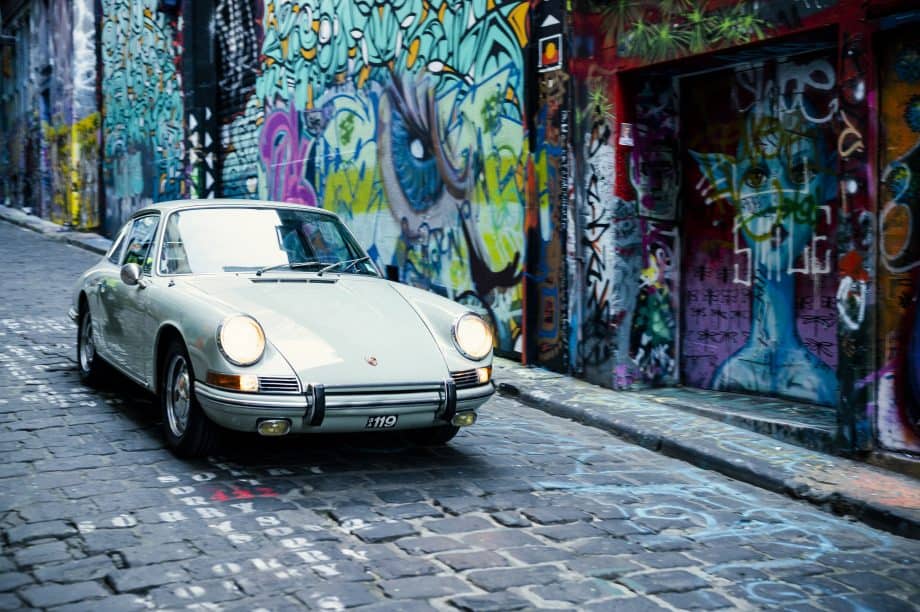 It’s an incredibly clever celebration that demonstrates the staying power of the Porsche 911. We can think of nothing more tantalising for a car lover than to see the old and the new 911 cruise through Australia’s two leading cities – and to see the unbroken connection between the original icon and the modern sports car through this collaboration.

You can read more about this Exclusive Manufaktur initiative here.