Australia’s Cheapest ‘Ferrari’ On Carsales Is Guaranteed To Turn Heads 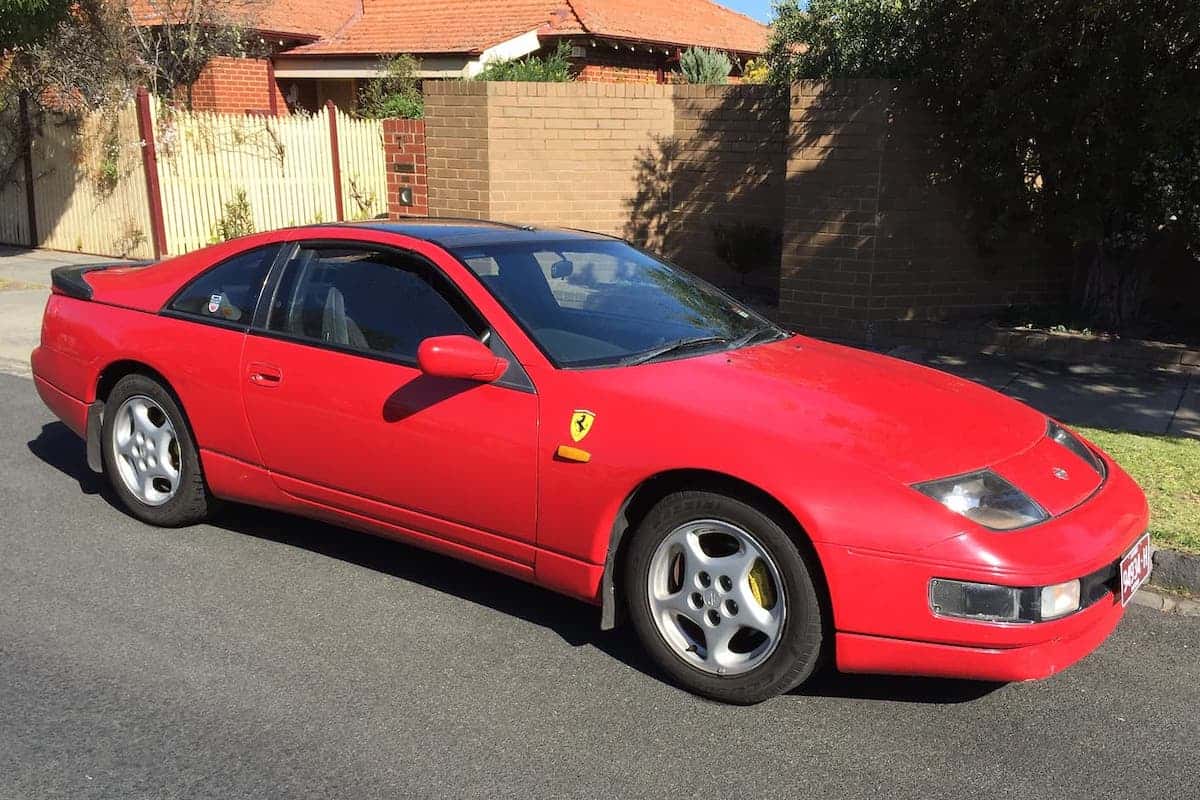 Ferrari makes some of the most exquisite, highly desirable automobiles in the world. But they’re not that easy to get your hands on: not only are they made in limited quantities, but even their so-called ‘entry level’ model, the Portofino (which makes 600hp) starts at an eye-watering 399,888 AUD. For comparison, that’s enough to buy 10 Mazda MX-5s and still have change left over for a detail.

It’s no surprise then that motoring enthusiasts have looked to… Alternative methods of Ferrari ownership. One common method is kit cars: either building a car up from scratch to resemble a Ferrari, or by attaching a body kit to a currently existing car (there’s heaps of kits that’ll transform a late model Toyota MR2 into a Ferrari F340 if you’re so inclined).

Alternatively, if you can find a car that already has a bright red paint job, just attach some Ferrari decals, squint real hard and hope for the best. That seems to be the approach taken by this punter in Glen Huntly, Melbourne – who’s selling their ‘Ferrari 599’ that’s less Maranello and more Yokohama. 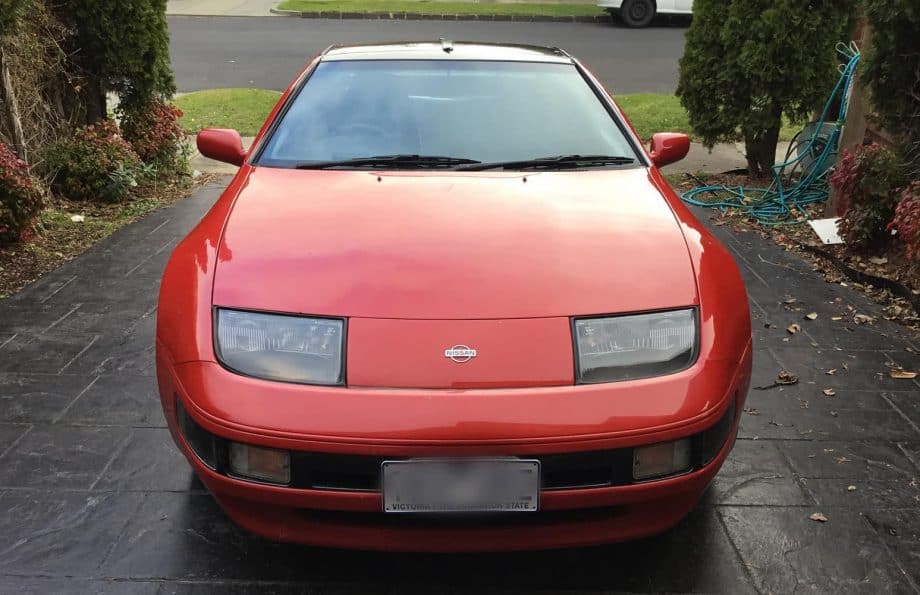 Not a bad car, but you’d be angry if you paid six figures for it. Image: Carsales

“I have owned this car for 8 years and it has just been my fun weekender,” the owner says.

“Car looks and drives beautifully… [and] with the stickers, [it] looks just like a Ferrari 599 in profile. (Editor’s Note: yeah, right.)

“The double-takes from truckies (‘Is it? Isn’t it?’) is hilarious. If you prefer not to have the stickers, I will gladly remove them for you.”

“These cars are starting to become sought after as good ones are becoming rare and the collectors are after 1990’s Japanese sports cars due to their minimal computer control. IT DOES TURN HEADS. Tyre kickers welcome. Bring ya dog.” 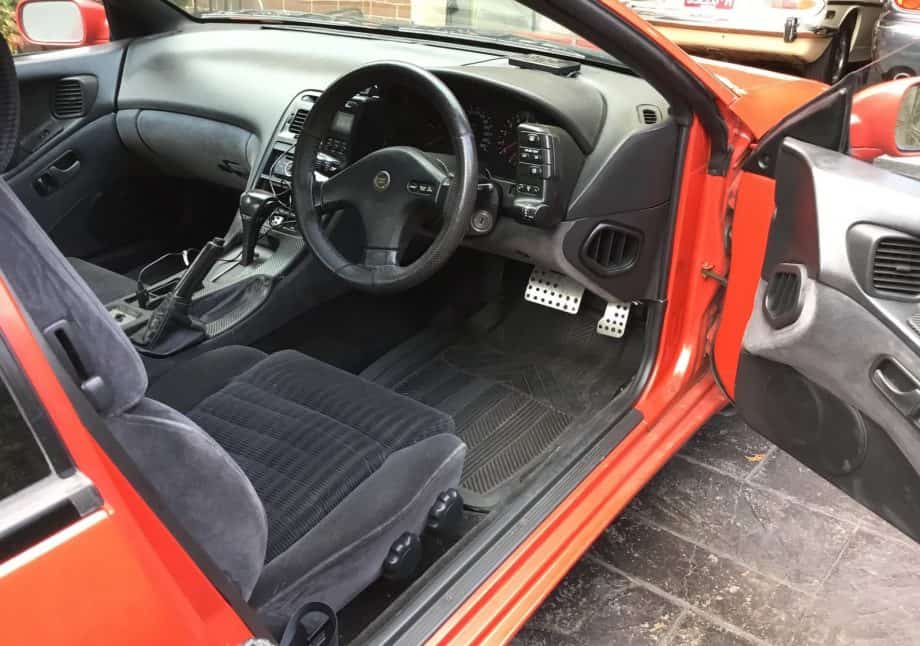 While there’s no Italian leather in sight, the cockpit-style instrument cluster is pretty cool. Image: Carsales

Our take? The Ferrari bait-and-switch actually does the Z32 a disservice, because it’s a genuinely great car. It doesn’t need to masquerade as something else.

Originally released in 1986, the Z32 was a car well ahead of its time. It was one of the very first cars to be designed by computers, and its highly complex 3.0L DOHC V6 engine made over 222hp back in the day – twin-turbocharged variants made even more power but sadly all Z32s sold in Australia between 1990 and 1995 were naturally aspirated.

This one’s also in incredibly good condition. Most 90s Japanese sports cars in Australia – particularly other Nissan darlings like Skylines or Silvias – have been thrashed by boy racers and drifters to within an inch of their life. Mint Z32s like this are highly desirable (even more so if you peeled those silly Ferrari stickers off). 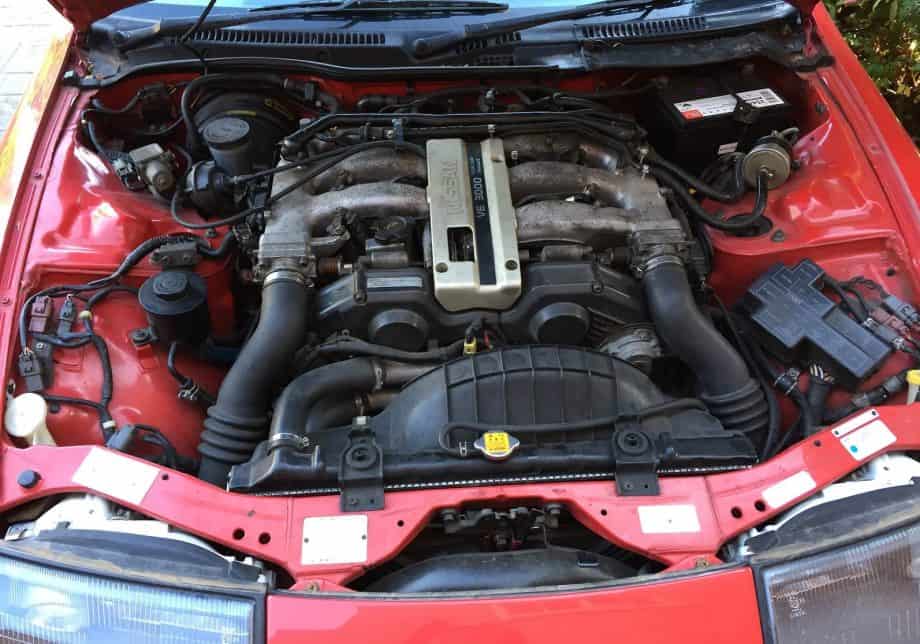 Much less likely to blow up than an Italian car. Image: Carsales

The choice is yours: continue to live vicariously and risk the scorn of real Ferrari owners? Or miss out on the chance to pose as a member of the 1%?

Whatever you choose to do, this ‘fake Ferrari’ is listed for a very reasonable $12,950 on Carsales if you’re interested.